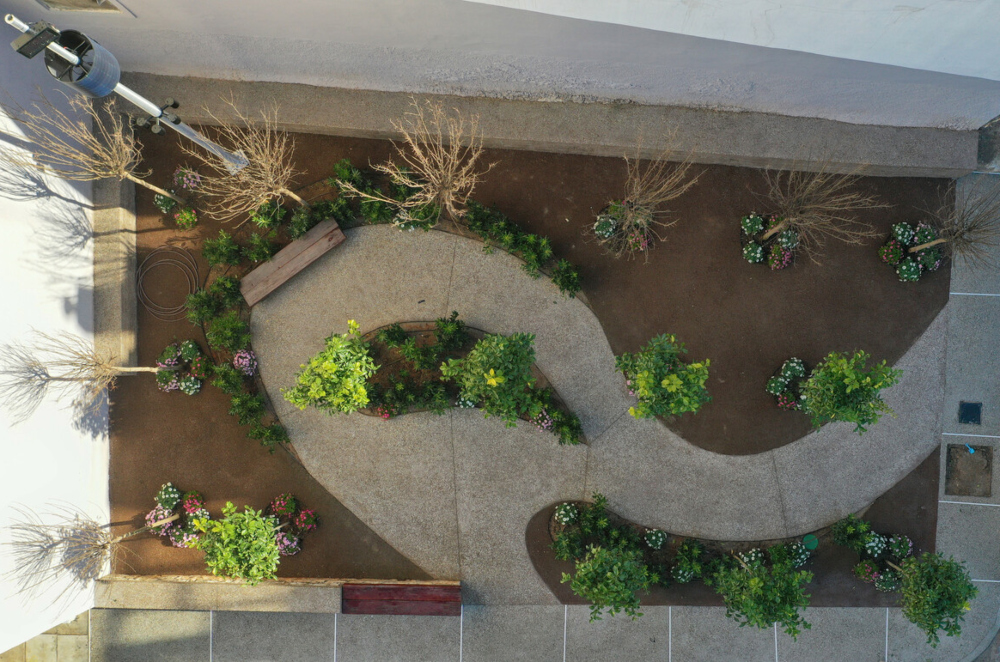 The idea of pocket parks, a new way to upgrade urban space, has found fertile ground in the Greek capital, which is focusing on green and sustainable development of the urban fabric. Athens, like many other large cities around Europe and the world, suffers from a lack of free public spaces. The urban planning model of previous decades and the conditions created in the city, especially after the waves of domestic migration from rural areas to the capital, have resulted in a cramped living environment, not just in the centre of the city but also in many other districts.

Indeed, the urban density combined with disproportionate buildings poses a double challenge for the Municipality of Athens: that of dealing not only with the lack of open spaces but also with the state of abandonment of many existing open spaces. Interviewed by Reuters for a feature on Athens's pocket gardens, Athens City Mayor Kostas Bakoyannis said that "it’s about creating green spaces, lowering the temperatures, giving quality of life and creating new reference points inside the city''. It is no coincidence that scientists around the world dealing with climate change and construction are sounding the alarm, pointing to pocket gardens as an essential way of improving everyday life in the city in many areas. In the US and the UK, 'pocket parks' are already being considered as a means of tackling crime and isolation in densely populated areas and, above all, protecting the environment.

Kolonos pocket park; clockwise: The site before, during and after the construction of the park

These practices are also being adopted in Athens, where this concept of small gardens is now being introduced in many corners of the city, at zero cost to the citizens. Anna Zilakou, head of the ''Adopt your City'' programme and managing director of the nonprofit entity Athens Partnership, spoke to our sister Italian-language publication, Punto Grecia, and explained how the project was developed and carried out: '''Pocket parks'' are green spaces in sites that have been abandoned for many years and have turned into rubbish dumps. They are located in densely populated neighbourhoods of the city, and become the bases to utilise every last inch of public space for the benefit of the cities’ inhabitants. It is a practice that has been successfully implemented in many European and world capitals, which we have adopted in order to redesign our neighbourhoods. These parks are great assets for a city; not only do they contribute to the protection of the environment thanks to their plants and cooling effects, they also play a role in addressing the isolation felt by large cities’ dwellers. This benefit is ever more important during the pandemic. In other words, they have a very significant social contribution. Their creation is part of the ''Adopt Your City'' programme, which is being implemented for the first time in Athens and is a platform for the development of partnerships between the Municipality of Athens and private initiatives. Today, more than 100 private entities, associations and foundations participate in the programme, enabling significant changes in the city through donations in a swift, flexible and transparent manner". 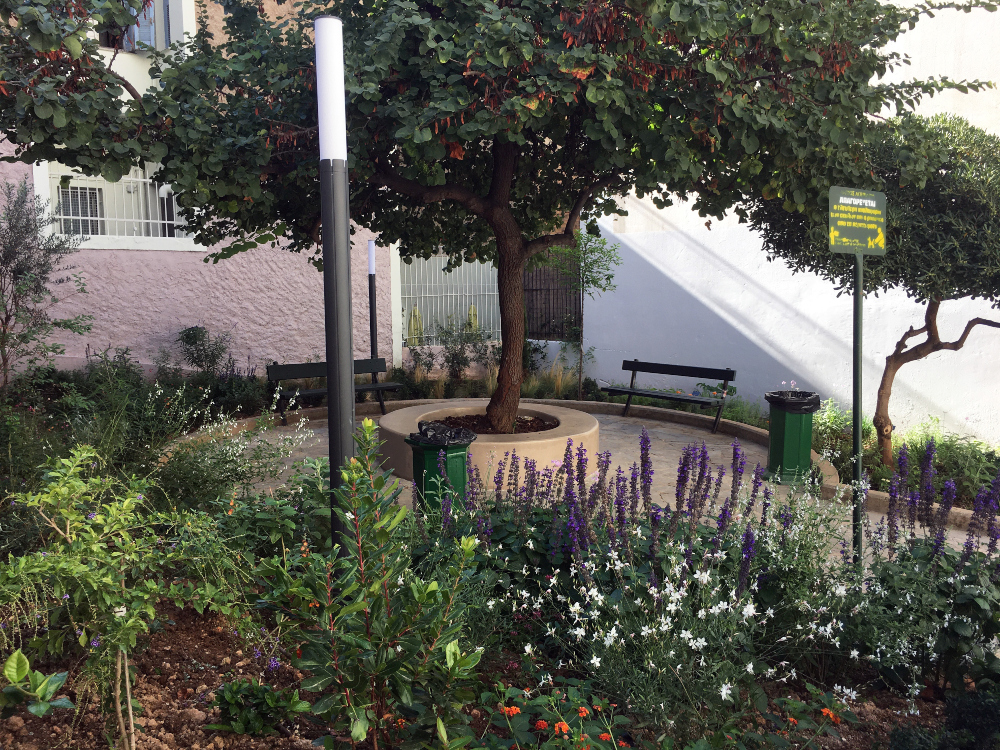 The Municipality of Athens has already created three pocket parks in the districts of Kypseli, Kolonos and Pangrati, three densely populated areas with a lack of open green spaces. This is just the beginning, as the municipal authorities plan to create more parks in other neighbourhoods as well as in the city centre, in order to reclaim spaces that have been abandoned for many years. Indeed, as Anna Zilakou says, ''the project is part of the broader strategy of the Municipality of Athens, which has set as its priorities the revitalisation of quality public spaces, the enhancement and regeneration of green spaces in the city and the adoption of a sustainable transport model. In addition to the pocket parks, large projects are being implemented in the National Garden and Mount Lycabettus, and many smaller projects are undertaken throughout the city. There are plans for more pocket parks in the city's densely populated neighbourhoods, along with the regeneration of existing parks and green spaces, such as the FIX Park. At the same time, the Municipality of Athens is making a major effort to restore 34 of the city's iconic fountains after many years. They are being maintained, repaired and renovated to once again offer residents and visitors a breath of fresh air". 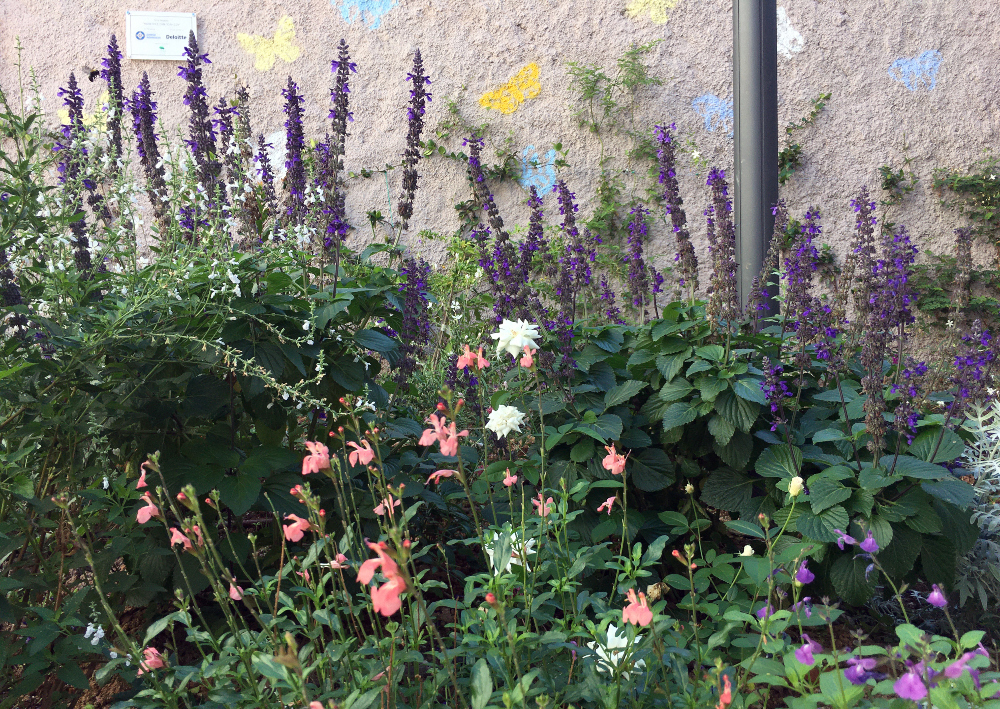 Of particular interest is the way in which pocket parks are designed in order to become year-round green lungs, using eco-friendly concrete in the pavement and footways, recycled wood benches, densely planted evergreen and deciduous trees and an underground irrigation system. The flowerbeds are bordered with low evergreen shrubs (myrtle leaf) to prevent people from stepping on them, while a corner is transformed into a vertical garden by placing climbing shrubs. There are also signs next to each plant giving useful information about its identity, as well as structures for useful insect nests. In addition, the gardens are lighted by state-of-the-art autonomous photovoltaic systems, including a digital panel with information on temperature, humidity and other environmental factors.

These small parks are open spaces, accessible to the public, which contribute to the upgrading of areas and the restructuring of the urban and social fabric at neighbourhood level, and have been very well received by citizens. As A. Zilakou points out, ''the residents of the neighbourhoods of Kypseli, Kolonos and Pangrati, where the first pocket parks were created, have "adopted" them, are now take care of them and enjoy them every day. Public open space in the neighbourhoods has become even more valuable lately due to traffic restrictions for the protection of public health. Pocket parks give a breath of fresh air and colour in clustered areas and improve the quality of life in the city".

Pangrati pocket park; the site before and after

It is also worth mentioning that the Municipality of Athens was honoured at the latest CDP Europe Awards, organised by CDP (a not-for-profit charity that runs the global disclosure system for investors, companies, cities, states and regions to manage their environmental impacts). In 2020, for the second year in a row, Athens was ranked in the A-list, along with 87 cities worldwide, for its efforts to reduce greenhouse gas emissions and confront the impact of climate change.

Read also via Greek News Agenda: The National Garden: An Oasis in the Heart of Athens; Exploring the Syngrou Estate, Athens’ Hidden Gem where Nature meets History; Pedion tou Areos – A park dedicated to the heroes of the Greek Revolution of 1821; Arts in Greece | The First Cemetery of Athens, an open-air "museum"