The 23rdThessalonikiDocumentaryFestival is back with 92 films in the Port of Thessaloniki and seven more open-air theatres in the city and 142 on its online platform, from Thursday, June 24 until Sunday, July 4. This year’s summer and hybrid edition presents 151 exciting documentaries from all over the world, a new podcast section, two enthralling tributes and the developmental actions of the Agora. The 23rd Thessaloniki Documentary Festival is implementing all officially indicated safety measures to limit coronavirus transmission and is held with the support of the National Public Health Organization in Greece (EODY). Its online platform is available all over Greece at online.filmfestival.gr 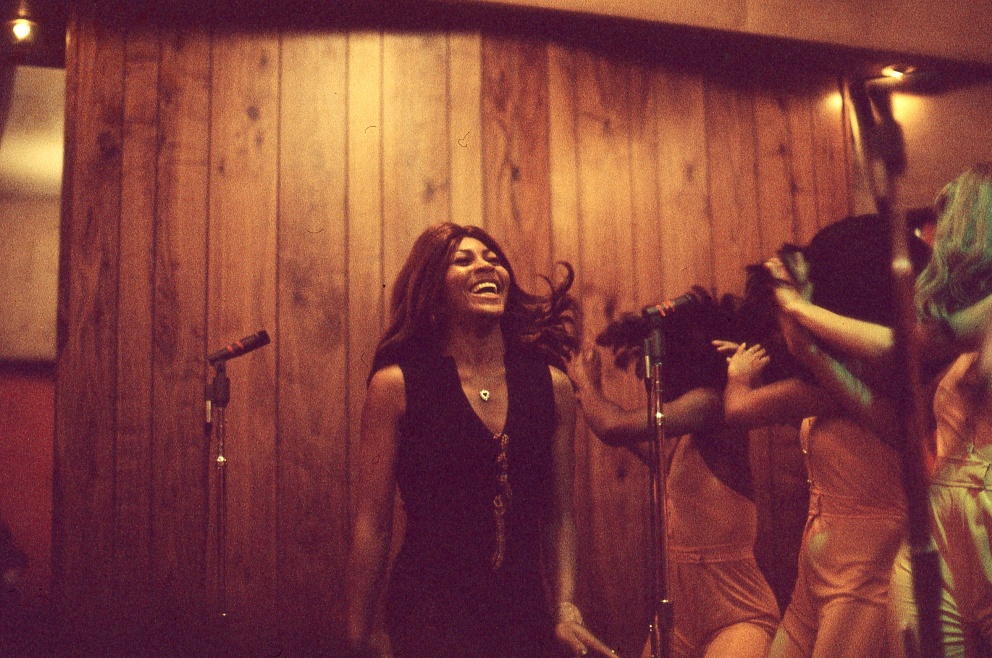 The 23rd Thessaloniki Documentary Festival kicks off on Thursday, June 24 with a fascinating music documentary for a myth: "Tina" is the ultimate celebration of Tina Turner, a global superstar and an intimate portrait of a woman who overcame extreme adversity to define her career, her identity and her legacy on her own terms.

Thrilling documentaries from around the world are presented in the three competition sections of the Festival. This year, the Festival presents more premieres than ever before. Thirteen films have their world premiere, eight celebrate their international premiere and seven hold their European premiere at the International Competition, Newcomers and >> Film Forward competition sections. For the first year, the Golden Alexander Newcomers award is renamed Golden Alexander Newcomers "Dimitris Eipidis" and the cash prize that accompanies the award is increased to 10,000 euros.

A journey to the most interesting documentaries of our times, in every geographical and cinematic altitude and latitude, in all four cardinal directions. The “Open Horizons” section presents 52 films that define their own coordinates and wait to be discovered.

Greek documentaries are present and they are evolving rapidly. Overall, 78 Greek productions will be screened at the 23rd TDF and 8 Greek documentaries will compete at the international competition sections. For the first time in its history, the Thessaloniki Documentary Festival presents a fully accessible film screening through its online platform. With the support of Alpha Bank, the Festival’s accessibility sponsor, Marianna Economou’s When Tomatoes Met Wagner, which premiered at Berlinale will be screened online during this year’s edition Greek with audio description, Greek Subtitles for the deaf and hard-of-hearing, and intralingual subtitles. Thessaloniki Documentary Festival presents the premiere of an episode of the series The Generation of the ’30s, produced by COSMOTE TV. The Generation of the ’30s: Stratis Myrivilis will have a special screening at John Cassavetes Open Air. 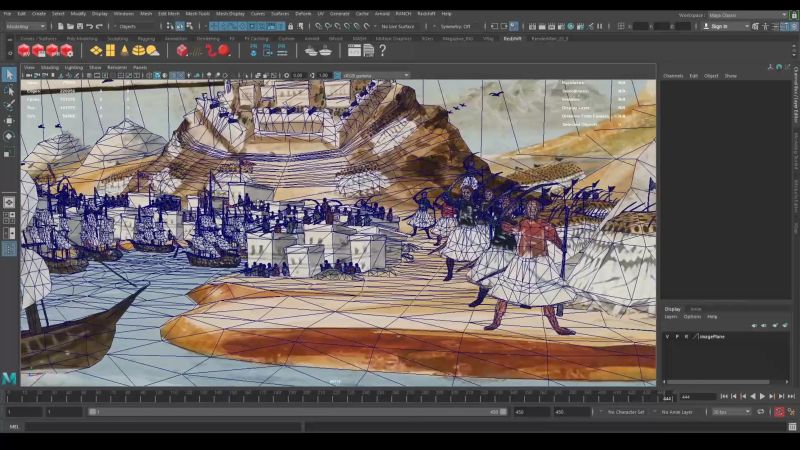 Celebrating200th anniversary of the Greek Revolution

The Thessaloniki Film Festival celebrates the 200th anniversary of the Greek Revolution in an innovative and exciting way. The Festival looks on the past with respect and a spirit of reflection, making use of the tools new technologies and cinema have to offer.

e21: With the help of augmented reality, we created an interactive application for mobile phones and tablets, called “e21”. This app brings to life 24 paintings, created by folk painters Panagiotis and Dimitris Zografos and commissioned by General Makriyannis, who fought in the Greek War for Independence.

The city and the city:  The film – multimedia installation “The city and the city” offers an inventive depiction of moments from the life and extermination of the Jewish community of Thessaloniki, bringing us face to face with the issue of memory and the painful wounds that still remain to be healed.

Special edition: This year’s Non-Catalogue of the 23rd Thessaloniki Documentary Festival is dedicated to the Greek Revolution of 1821. It includes detailed information on the e21 application and “The city and the city” project, as well as a list of all Greek fiction films and documentaries that pertain to the 1821 Revolution.

The 23rd TDF organizes a tribute to director Stavros Kaplanidis who passed away recently, featuring three of his most important documentaries, as well as his last project, Teos and Stavros. 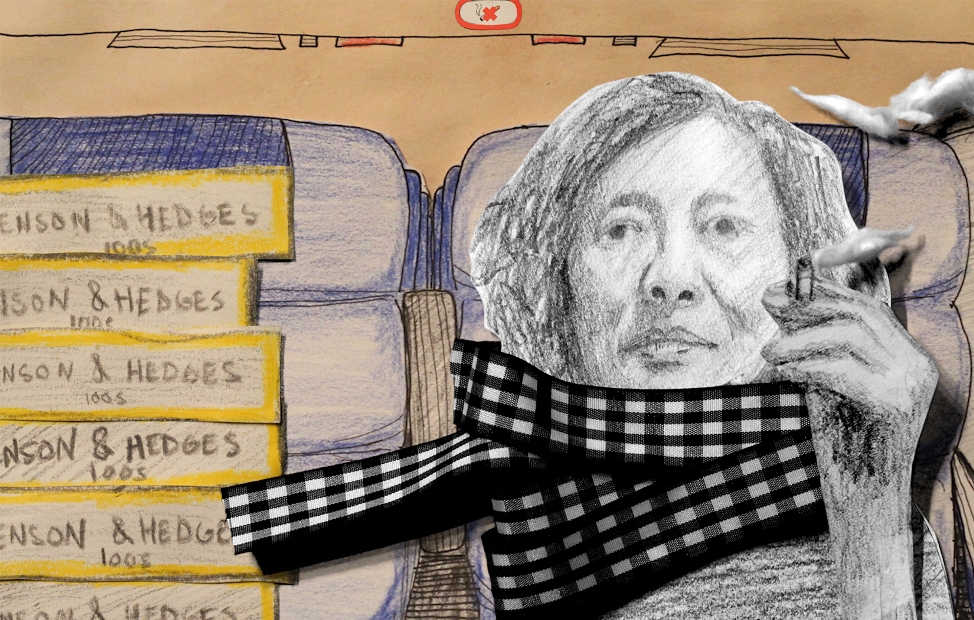 Spotlight To Lewis And Noah Kloster

A spotlight to a brilliant filmmaking duo that experiments with animation documentary, drawing inspiration from pop culture and everyday encounters.New Podcast Section

The Thessaloniki Documentary Festival is the first in Europe to present a new section devoted to the audio files that have taken over the world. Poetic, narrative, comical personal, intimate podcasts will be freely available to users from all over Greece through the website filmfestival.gr, exploring the eclectic affinities of the genre with cinema. The new section has a competition section with 23 Greek-language and English-language podcasts, an Out of Competition section with 13 Greek-language podcasts and a Special Podcasting section with two podcasts from the US and Denmark, as well as with the special podcasts that the Festival will create for its 23rd edition. 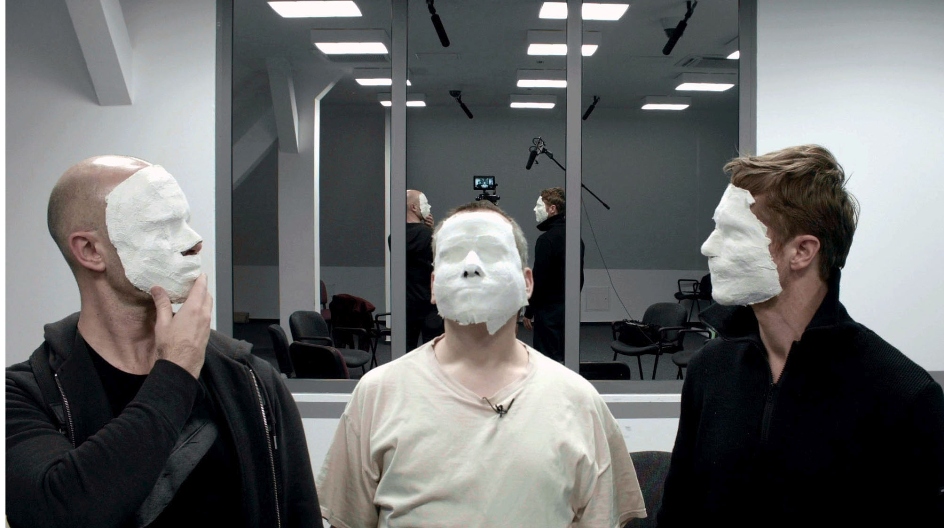 The vision and the brilliant professional course of Dimitris Eipides, whose name became identified with the documentary and the Festival, is recorded in a bilingual special edition of 232 pages. Through texts by important personalities of world cinema and Eipides’ collaborators, as well as through rare photographs and material from his personal archive, the publication records the milestones of his life and career on five continents, from the 60's to the present. Sara Driver, Béla Tarr, Jafar Panahi, Alberto Barbera, Ulrich Seidl, Claude Chamberlan, Piers Handling, Andréa Picard, Toby Lee, Ally Derks, Mohsen Mahmalbaf, Elias Kanellis, Tassos Mantzavinos, Maria Katsounaki, Yorgos Krassakopoulos, Yannis Palavos and Orestis Andreadakis and Elise Jalladeu remember Dimitris Eipides and his contribution to global cinema.

AGORA DOCS of the 23rd TDF

Festival’s Agora, a meeting and collaboration hub for cinema professionals from around the globe, hosts:

Thessaloniki Pitching Forum, the co-production and co-financing platform for creative, television and new media documentaries in the development stage. This year 14 projects participate.

Agora Docs in Progress: Ten films just before completion are presented to the invited industry professionals.

Agora Doc Market will include more than 400 completed documentaries in its digital video library (in collaboration with Cinando).

The new service Doc Counseling, which consists of one-on-one consultation meetings for filmmakers from Greece and abroad.

This year, 10 Greek projects are participating in Agora Docs, while 106 Greek documentaries will be available to accredited professionals around the world.

Watch the spot of the 23rd TDF:

For more information on TDF’s program and the films, you can visit: www.filmfestival.gr.