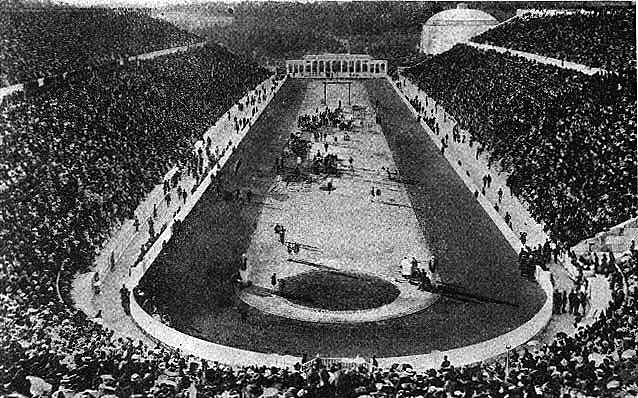 The Intercalated Olympic Games were conceived as a series of international athletics competitions that would take place every four years, halfway between the actual Olympics, and would always be hosted in Athens. However, they were only held once, in 1906.

The idea for a modern Olympiad was introduced by Baron Pierre de Coubertin (1863-1937), a French aristocrat with studies in various subjects including history and education. An admirer of Ancient Greek culture, as well as a strong proponent of physical education, de Coubertin instigated the revival of the athletic competitions that took place every four years in Ancient Olympia. He reimagined it as international instead of PanHellenic, in the spirit of promoting the ideals of sportsmanship and fair play.

In his mission to promote these ideals, he contacted the Greek government and national benefactors Evangelos and Konstantinos Zappas, who were already working on spreading the spirit of athleticism in Greece. The modern Olympic movement was officially born in 1894, with the establishment of the International Olympic Committee. Demetrios Vikelas, a Greek businessman and writer, became its first President (he was succeeded by de Coubertin in 1896).

Greece was unanimously chosen as the first Olympic host as the birthplace of the ancient games; the first Summer Olympics of modern history took place on 6 – 15 April 1896, with participants from only fourteen countries. Paris, Coubertin’s birthplace, would host the second Olympiad, in 1900, while the third took place in St. Louis, USA and the fourth one in London. 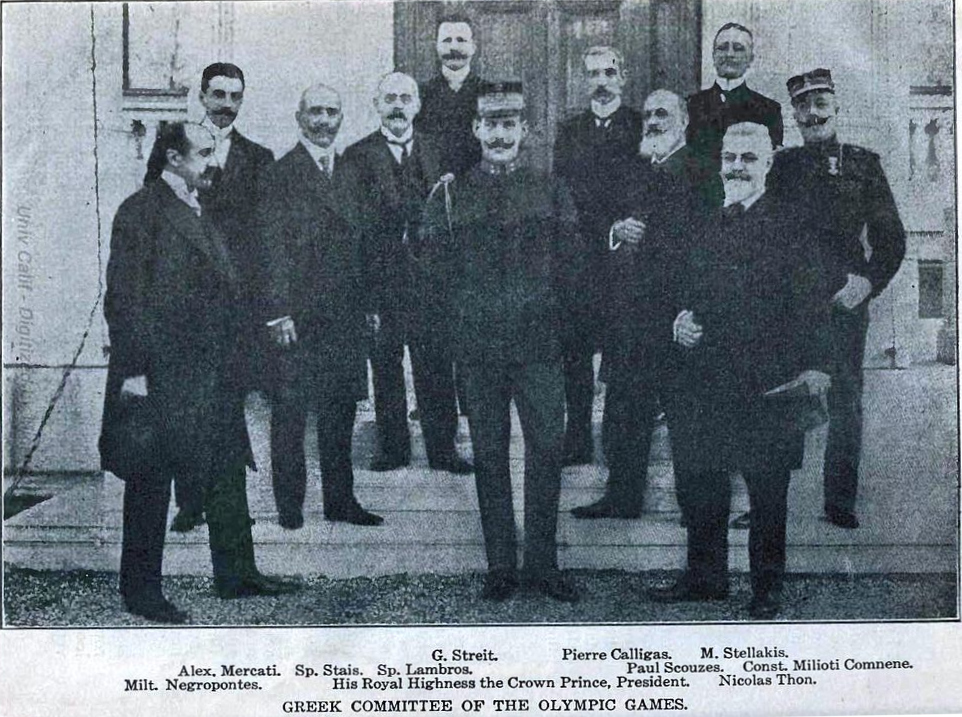 The Greek Olympic Committee in 1906 (its president, Crown Prince Constantine, also member of the 1896 organising committee, stands in the centre)

The concept of the Intercalated Games

The idea for a series of quadrennial games held in Athens was suggested by the International Olympic Committee in 1901. After having successfully hosted the first Olymiad, the Greek authorities expressed the wish to keep the games in Greece, seeing as they already had the pertinent facilities and had proven to be apt at organising this type of event. However, De Coubertin had envisioned the Olympics as having no permanent host country, in a keeping with the ideal of an international Olympic Movement.

After the 1900 Olympiad’s limited success (due in part to overshadowing by the Exposition Universelle of that same year), the idea of the Greek Games became more appealing. The committee decided on the scheduling of intermediate games that would always take place in Athens between the international Olympics, and would hold equal status to them. As the year 1902 was too close to allow for adequate preparations, the first Intercalated Games were set to take place in 1906.

The first and only Intercalated Games took place in Athens on 22 April – 2 May 1906. They were held at the Panathenaic Stadium, which had also been the main venue of the first Olympics. 854 athletes, 848 men and 6 women, from 20 countries, competed at the Games.

These were the first Games were all athletes were requested to register through the national Olympic Committees. It was these Games that introduced the concept of the Opening ceremony as a separate event where, for the first time, the athletes marched into the stadium in national teams, each team marching behind the respective flag. Other novelties introduced at these games were the Closing ceremony and the raising of national flags for the medal winners.

Despite the 1906 Games’ success, the institution was discontinued; the organisers found that there was not sufficient time to prepare for the Games, following the Summer Olympics of 1908 (the longest in history). More importantly, political upheaval in Greece and the Balkans following the 1908 Young Turk Revolution shifted the nation’s interest to national and military issues. 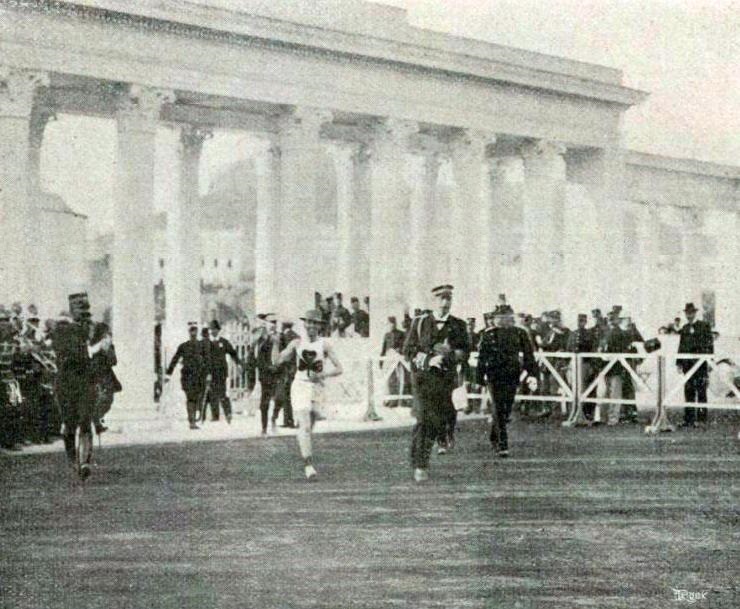 The finish of the 1906 marathon race; the winner, Canadian athlete Billy Sherring, is seen at the centre, while Prince George, who accompanied him on the final lap, is seen on the right.

Although they are still sometimes referred to as the 1906 Olympic Games, the Intermediate Games of 1906 are no longer officially recognised as Olympic Games by the IOC (nor are the records set and medals awarded at these sports events). However, the 1906 Athens Games did serve as an example of a successfully organised sports competition, unlike the previous two Olympiads (especially the 1904 St.Louis Games with their minimal international participation). Several of the innovations introduced in 1906 have since become standard Olympic practice.

Having had the highest international participation since 1896 and wide media coverage at the time, the 1906 Intercalated Games were considered a success; in fact, many believe that this success (especially in contrast with the less popular Olympiads that followed the first Games of 1896) was instrumental to the survival of the Olympic Movement.

Read also via Greek News Agenda: POEM OF THE MONTH: The Olympic Hymn by Kostis Palamas; The new Athens Olympic Museum; Ekecheiria, the ancient Greek tradition for the Olympic Truce to be applied in Tokyo 2020

N.M. (Intro image: The Panathenaic Stadium at the 1906 Intercalated Games)