One-way to… Monemvasia, the Hidden Gem of the Peloponnese

Founded by the Byzantines in the 6th century, Monemvasia is one of the most important and uniquely preserved medieval fortress-cities in Greece, as well as one of the most beautiful castles in the world. Selected by the “European Best Destinations” travel website as one of Europe’s Best Hidden Gems 2021, Monemvasia is located on the south-eastern coast of the Peloponnese and nestled at the edge of a big rock by the sea. Its name means “one-way” or else, the “only” [mone] “entrance” [emvasis], referring to the only access point to the island, which is over a bridge. 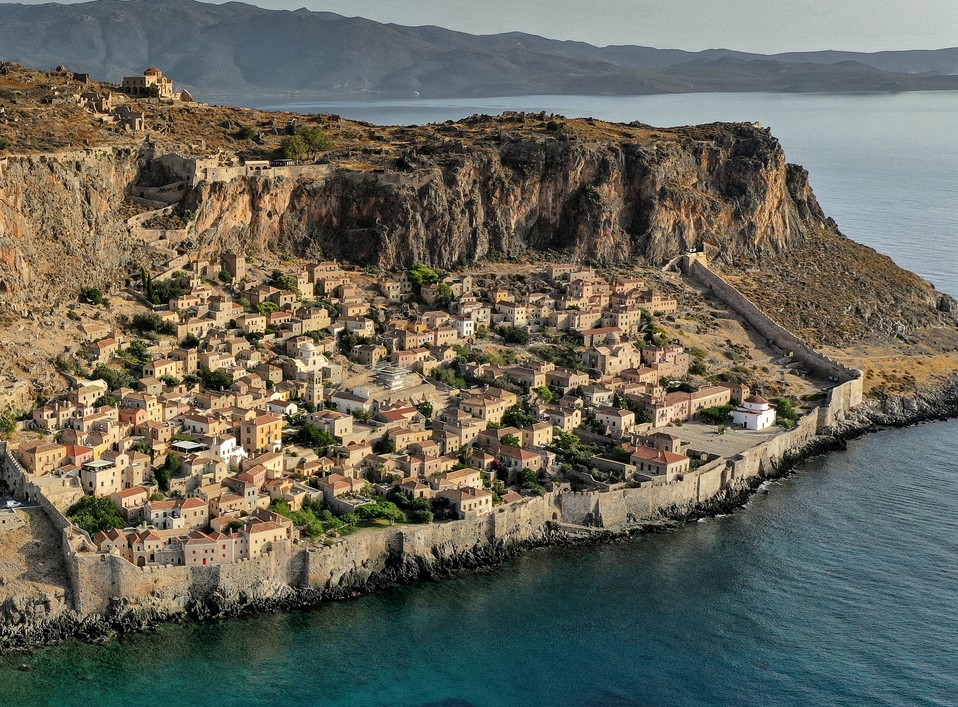 Upon entering the castle, a journey through time begins; the so-called “Gibraltar of the East” or a “stone ship” about to set sail, as the famous Greek poet Yannis Ritsos described his birthplace, was founded in 583 AD, during the reign of the Byzantine Emperor Mauricius. From the 10th century, it developed into an important trade and maritime center and was later occupied by the Crusaders, the Venetians, and the Turks, until becoming liberated from Ottoman rule in 1821 by Tzannetakis Grigorakis who entered the town with his private army during the Greek War of Independence.

Nowadays, following in the footsteps of knights, pirates, crusaders, and emperors who all fell under the spell of this mythical place in the Peloponnese, visitors can wander around the city’s narrow cobbled paths, admire the beautifully restored stone buildings, spend a romantic night at a stone-built tower, or even dive into the sea and take a swim in the crystal-clear waters via the “Portelo”, a gate located in the middle of the sea wall constituting the only entrance to Monemvasia by water. 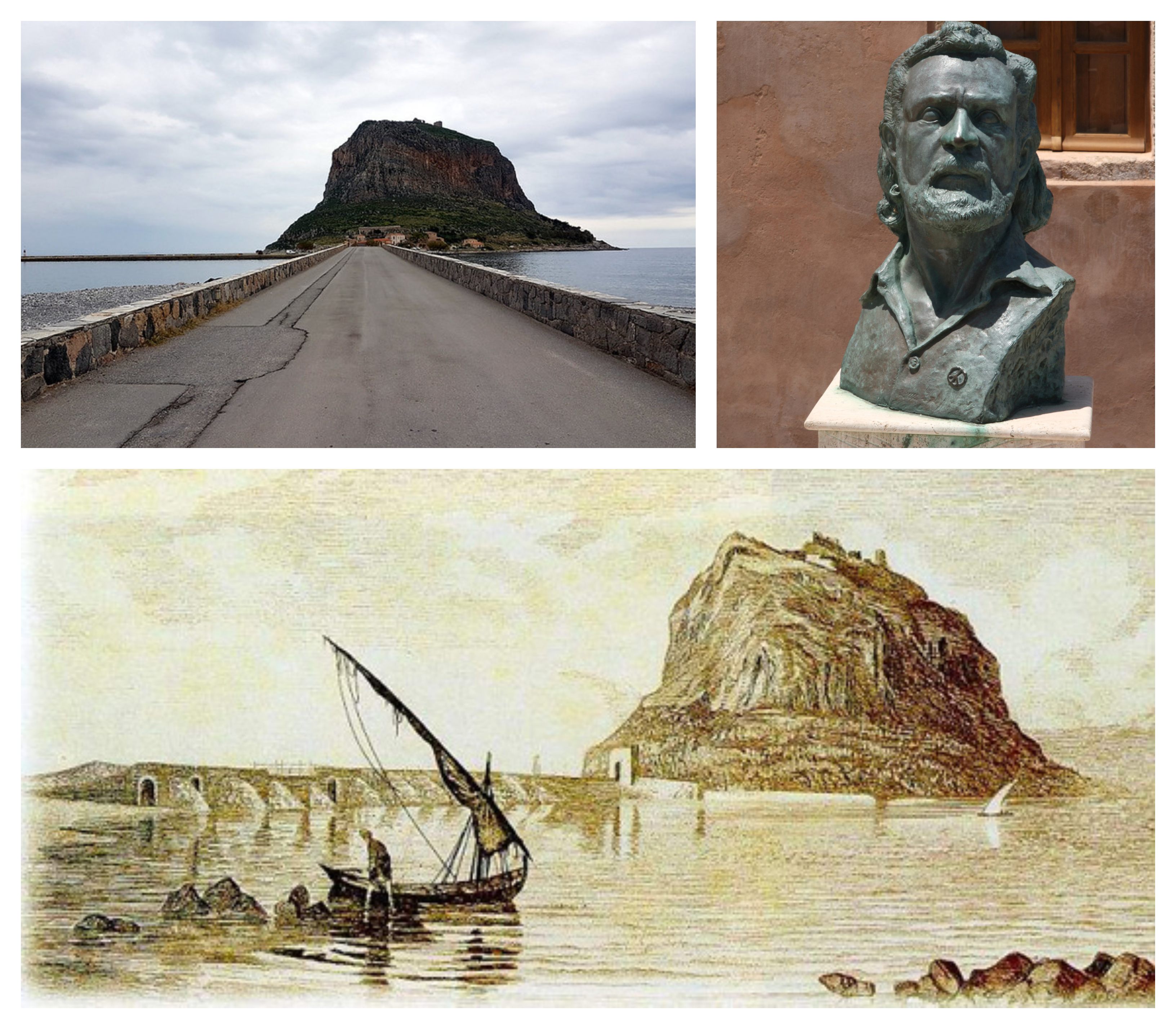 One can also take a culinary journey by tasting local delights such as the homemade pasta called “goges” (like gnocchi, but flour-based), “saitia” (fried cheese pies with fresh herbs), and the legendary sweet wine “Malvasia” – dubbed the “nectar of the nobles”, the production of which started in the area during the Middle Ages and restarted in recent times by the owner of Monemvasia Winery, Giorgos Tsimbidis, whose wine was granted protected designation of origin (PDO) status as “Monemvasia-Malvasia”.

More specifically, the castle is divided into two parts, the lower and upper town (“Kato” and “Ano Poli”). In the lower part of the town, one can explore the ruins of the historic buildings situated there – among which the Muslim Mosque, a preserved 16th-century building housing the Archaeological Museum– as well as twenty-four magnificent Byzantine churches remaining from the forty that once existed, including the oldest one, Elkomenos Christos, which is located in the main square of the town. 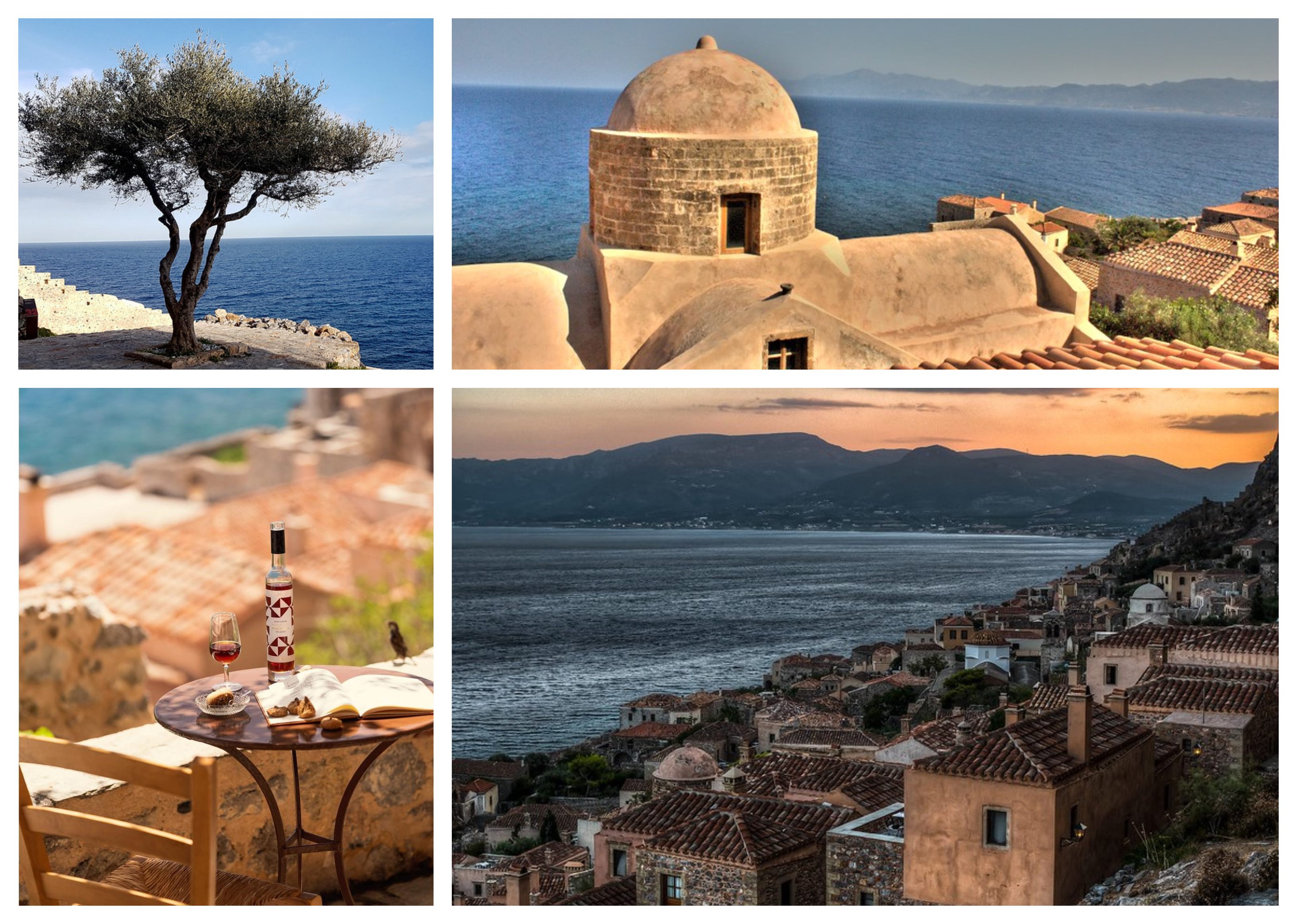 In the (uninhabited) upper part of the town, which was once home to the Venetian aristocracy, visitors come across the remains of old Byzantine buildings; considered publicly owned land, administered by the Greek Archaeological Service, the key monument of the town’s upper part is the half-Byzantine, half-Venetian church of Hagia Sophia, which clings to the side of the cliff and offers an outstanding panoramic view of the city.

Perhaps it would be no exaggeration to say that Monemvasia is a “wonderful place where only eagles and artists” should be allowed, as the British writer Brian W. Aldiss had put it, capturing thus the poetic aspect of this hidden gem of the Peloponnese.

Read also on GNA: The medieval ghost town of Mystras; The medieval city of Rhodes; The castles of Methoni and Koroni