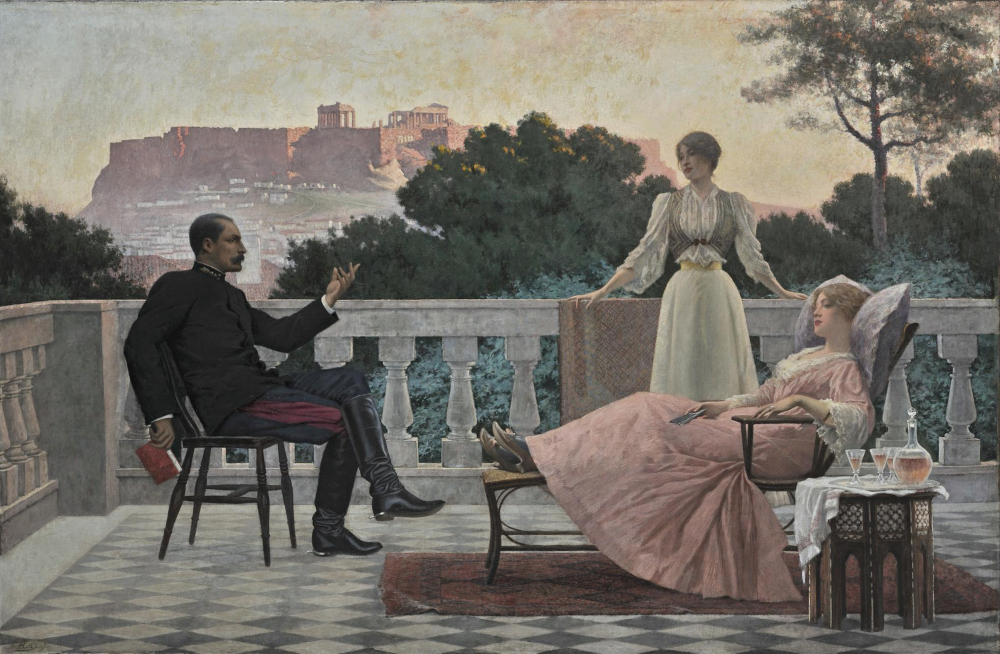 On the occasion of the 2021 of the Bicentenary of the Greek War of Independence, the Louvre Museum in Paris presents the exhibition Paris–Athens: The Birth of Modern Greece, 1675–1919, which aims to highlight "the cultural, diplomatic and artistic ties between Greece and France and show how the rediscovery of Greek antiquity changed the European view of Greece".

The exhibition, which will run from 30 September 2021 to 7 February 2022, is organised by Marina Lambraki Plaka, director of the National Gallery–Alexandros Soutzos Museum in Athens, Anastasia Lazaridou, director of Archaeological Museums, Exhibitions and Educational Programmes at the Hellenic Ministry of Culture and Sports, and Jean-Luc Martinez, president-director of the Louvre, assisted by Débora Guillon.

The exhibition draws on the discovery of the Greek territory –then an Ottoman province– in the 17th and 18th centuries by early travellers and ambassadors on their way to the Sublime Porte; it would become an attractive, albeit dangerous, destination for artists and intellectuals. The wave of Philhellenism would soon spread across Europe and the Greek Revolution, which broke out in 1821, would be enthusiastically supported by a large part of the European population.

Greece was officially recognised as a state in 1830 and Athens became its new capital in 1834. Neoclassicism, the prevalent movement in art and architecture at the time, which drew inspiration from the culture of classical antiquity, shaped in its turn Greece’s modern cultural identity, as exemplified in the grand monumental buildings erected in 19th-century and early 20-th century Athens. 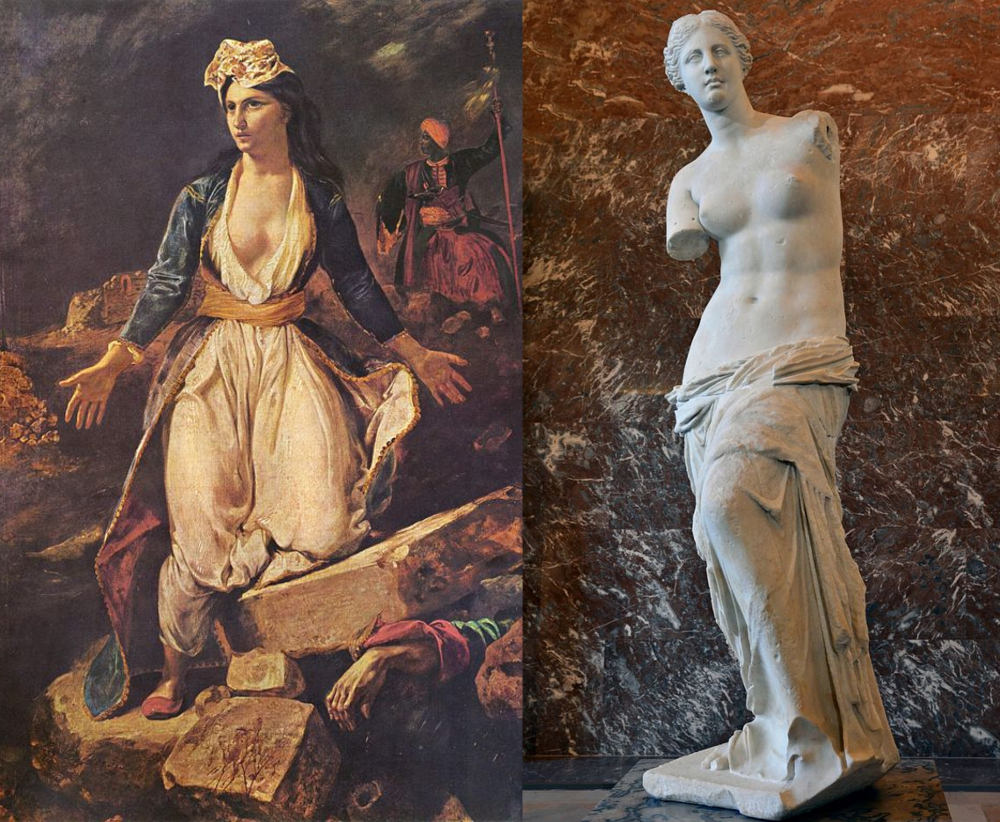 At that same time –in the late 19th century– and thanks to a series of world expositions, Greek artists also had the opportunity to showcase the country’s contemporary cultural production, providing a glimpse of the Modern Greek identity. The exhibition aims to combine the history of archaeology with the history of the evolvement of the Modern Greek state and the art created in it.

The date of 2021 thus serves not only as a tribute to the country’s bicentenary of the struggle for independence, but also to commemorate the introduction of the renowned Venus de Milo to the Louvre; discovered in 1820 by a Greek peasant on the island of Milos, the statue was bought by a French diplomat and transported to France. It was displayed at the Louvre in the following year, and has since become one of the museum’s most iconic exhibits, and one of the most famous works of art in history.

The painting used for the exhibition’s poster artwork is titled Athenian Evening or On the Terrace, created in 1897 by Greek artist Iakovos Rizos (1849 – 1926), known as Jacques Rizo. Born in Athens to an affluent family, Rizos went to Paris, where he studied at the École des Beaux Arts, and stayed there for the rest of his life. He exhibited at several Paris salons and participated in the 1878 Paris exposition and the 1900 Paris exposition; at that latter, he was awarded a silver medal for his Athenian Evening. The work is a noted example of the juxtaposition of sophisticated urban life with the Greece's past grandeur. Today, it forms part of the Coutlides Collection at the National Gallery.

Read also via Greek News Agenda: Theodoros Vryzakis, the "painter of the Greek Revolution; Nikolaos Gyzis, the Greek master of genre painting; Nikephoros Lytras, the Artist behind Greek Christmas’ Most Celebrated Painting; Sophia Laskaridou, the first woman at the Athens School of Fine Arts; Konstantinos Volanakis: the Father of Greek Seascapes; The visual representation of the 1821 Greek War of Independence through the eyes of Greek and foreign artists