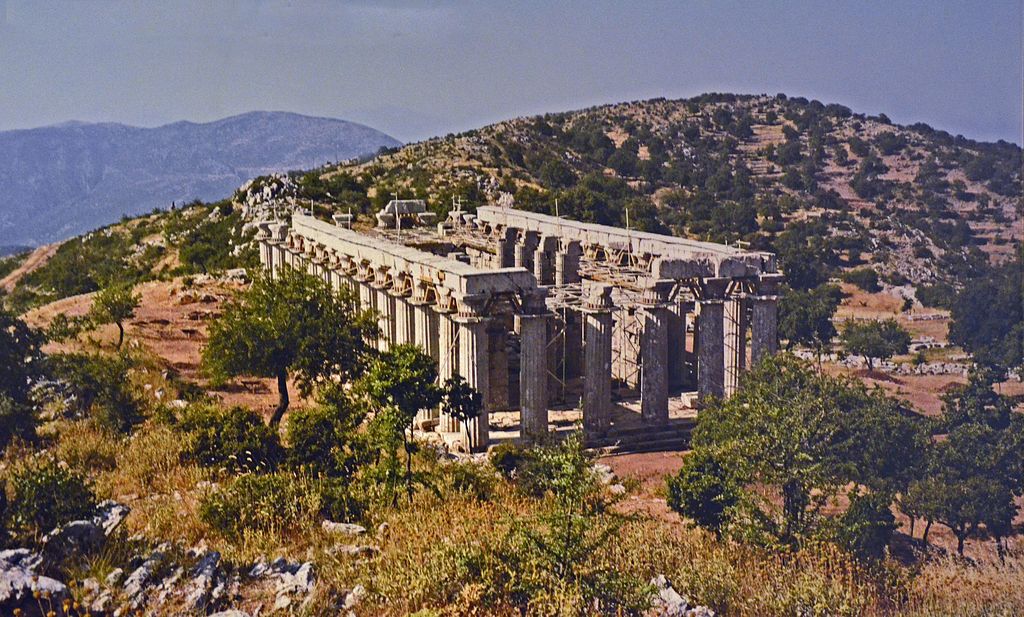 Despite not sharing the renown of Greece’s most popular archaeological sites, the Temple of Apollo Epicurius at Bassae in the Peloponnese is a site of great significance and among the best-preserved monuments from the Classical period. Its construction is placed in the late 5th century BC, and it was reputedly designed by Ictinus, co-architect (together with Callicrates) of the iconic Parthenon in Athens. In 1986, it became the first Greek site to be inscribed on UNESCO’s World Heritage List.

The site of Bassae

The archaeological site of Bassae is situated in Oichalia –a municipality in the region of Messenia, in the southwestern part of the Peloponnese peninsula– on the western slope of Mount Kotylion, near the ancient city of Phigalia. It owes its name to the morphology of the terrain, which consists of many small hollows (bassae or bessae) formed in the rocks. The area is believed to have been populated since the Archaic period, while it is also believed that many Messenian fugitives who had fled to Arcadia after their defeat by the Spartans settled there around 650 BC. 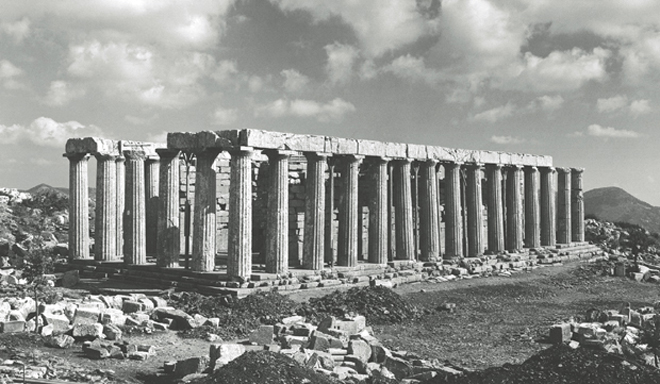 The cult of Apollo in the area of Vasses dates back to the late 8th – early 7th century BC. The inhabitants of Phigalia founded a sanctuary in honour of the god at a distance of about 13 km from the city, and connected to it through the sacred road. The oldest temple at the sanctuary of Apollo was built at the end of the 7th century BC and a small settlement had developed around it, which continued to be inhabited in the classical era.

The epithet Epicurius comes from the verb epikoureo "to aid, to assist"; according to tradition, it was given to Apollo because the Phigalians believed he helped them recover their city from the Spartans, who had conquered it in 659 BC. According to different version, the epithet was given after Apollo supposedly prevented the spread of an epidemic that was affecting the region during the Peloponnesian War (possibly the so-called "Plague of Athens"). In an inscription found in the area, the god is also referred to as "bassitas". 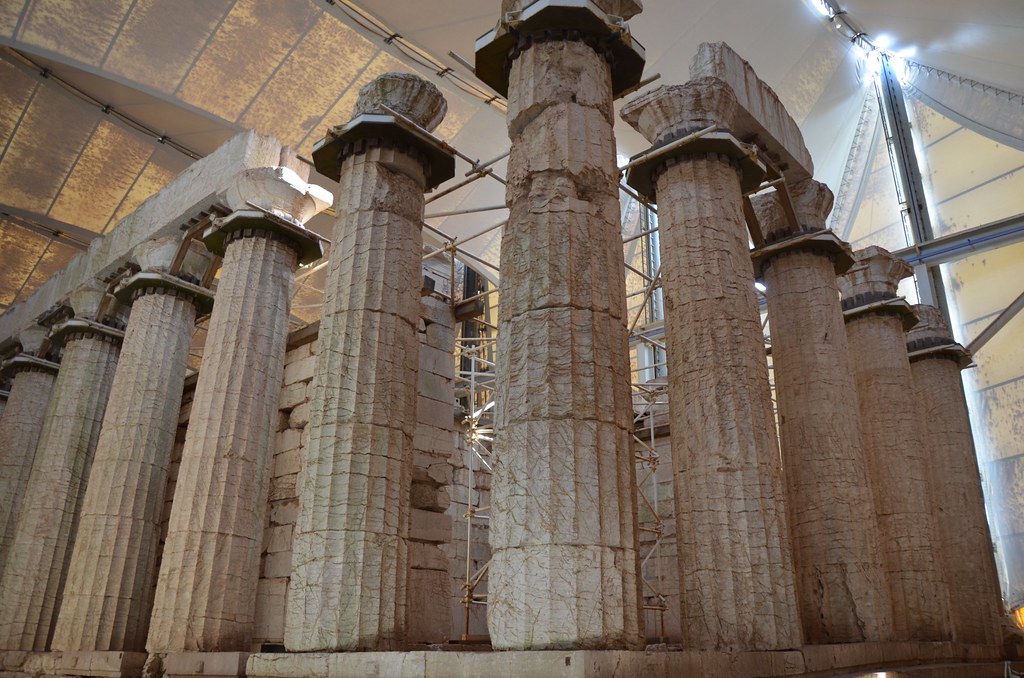 The Temple of Apollo Epicurius, south-east corner and opisthodomos (by Carole Raddato via flickr)

The first temple of Apollo was built around the end of the 7th century BC, probably in the same place as the surviving one – at an altitude of 1,131 m. This was followed by one or two more building phases, in c. 600 and c. 500 BC respectively, from which numerous architectural elements still survive; these include a terracotta disc acroterion with richly coloured painted decoration, tiles and clay antefixes.

The classical building was erected on a natural rock formation, probably around 420-400 BC, and its architect was said to be the famous Ictinus, who had also designed –together with Callicrates– the Parthenon on the Acropolis of Athens. The temple's unusual architecture combines archaic and classical elements with the local Arcadian tradition, departing significantly from the norms of the period. It is aligned on a North-West axis, instead of the East-West orientation that is predominant in Greek temples of that time – this type of alignment can also be found in other temples of the area. 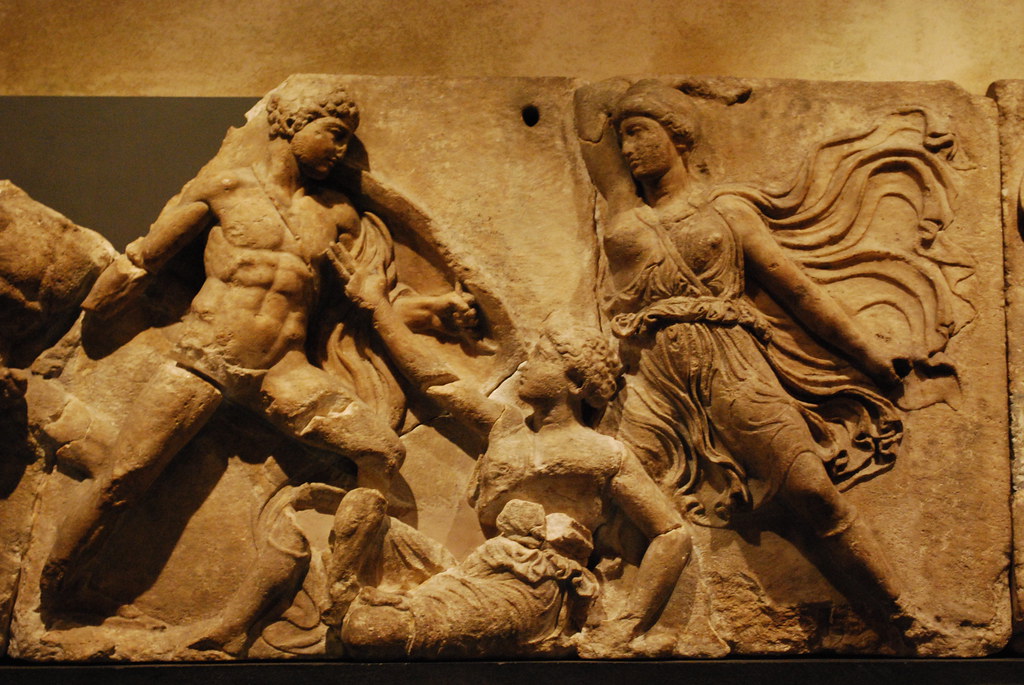 One of the slabs of the Ionic cella frieze, depicting an Amazonomachy (British Museum, by Panegyrics of Granovetter via flickr)

The surviving temple has been constructed using lightly coloured limestone from the area, while marble was used for the capitals of the cella, the sculptural decoration and parts of the entablature. It is a peripteral building in the Doric order, with a distyle in antis design, featuring a pronaos (portico), cella, adyton and opisthodromos (rear room). It has six columns on the narrow sides and fifteen on the long sides, instead of the usual ratio of 6:13, giving it an elongated shape characteristic of archaic temples, and a gabled roof with marble tiles of the Corinthian order.

The columns in the interior of the cella were of the Ionic order, but one of them, standing apart from the rest, featured the oldest known example of a Corinthian capital; it has been depicted by the first travelers who discovered the temple, and some fragments from it are now housed in the National Archaeological Museum of Athens. Apollo’s statue probably stood in the adyton. 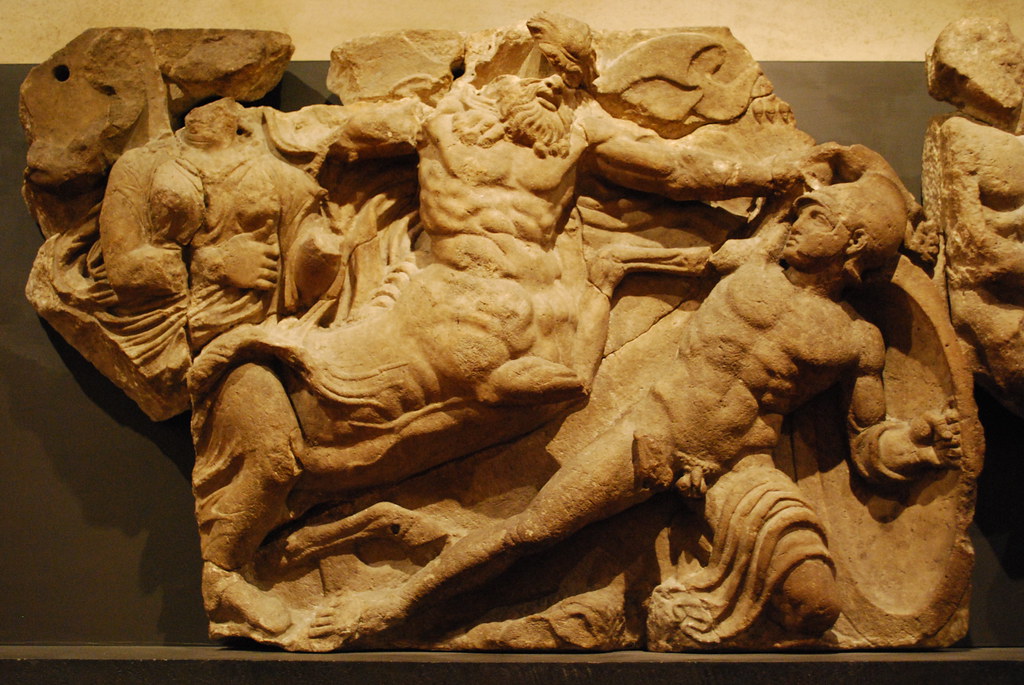 One of the slabs of the Ionic cella frieze, depicting a Centauromachy (British Museum, by Panegyrics of Granovetter via flickr)

The temple was crowned by a Doric frieze with undecorated metopes and triglyphs; only the interior metopes bore sculptural decoration, while the pediments may have been undecorated. The main decorative feature of the temple was the continuous marble Ionic frieze, supported by the Ionic semi-columns in the interior of the cella, which depicted the Trojan and Heraklean Amazonomachies and a Centauromachy in high relief. The work has been ascribed to Paionios (known as the sculptor of the Nike in Olympia) but this has not been substantiated. The 23 slabs from the cella frieze were removed by British antiquaries and are now displayed at the British Museum, in a specially constructed room.

The geographer Pausanias (8.41.8) considered the temple of Bassae to be among the most beautiful and harmonious in the Peloponnese, second only to the now destroyed Temple of Athena Alea at Tegea. The temple remained in use into the Hellenistic and Roman periods, but later abandoned. When the roof stopped being repaired, it eventually collapsed, causing damages later aggravated by human intervention. 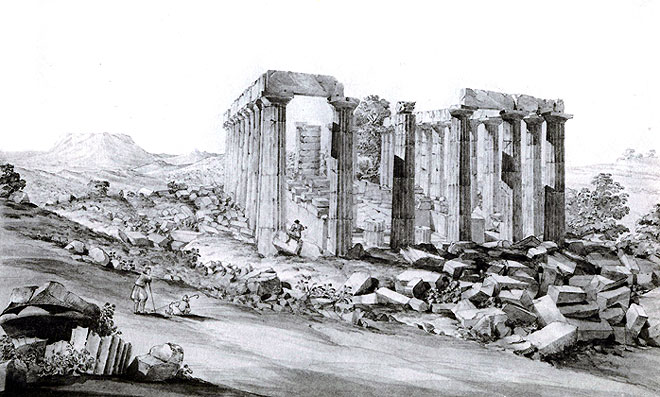 North view of the temple, John Foster's drawing, 1812 ©Ministry of Culture and Sports

Although the Temple of Apollo Epicurius was known from the writings of Pausanias, it location was unknown due to its remoteness; this isolation also allowed the monument’s significant features to survive largely intact. It wasn’t until 1765 that French architect J. Bocher came upon the site by chance and identified the temple. It was subsequently visited again by other travellers, and the first systematic excavation began in 1812 by an expedition of the Society of Travellers, an informal group of British antiquaries led by archaeologists Carl Haller and Otto von Stackelberg. The English architect and archaeologist Charles Robert Cockerell removed the slabs of the Ionic frieze, and in 1815 they were bought at auction by the British Museum.

Research was carried out on the site by several archaeologists in the following years; the Archaeological Society at Athens carried out systematic research beginning in 1902, under the supervision by K. Kourouniotis and with the collaboration of K. Romaios and P. Kavvadias. More fragments of the Ionic frieze were uncovered during that period, and are now housed at the National Archaeological Museum. Research by both the Archaeological Society and the Greek Archaeological Service continued until 1979. The temple has undergone systematic conservation and restoration works since 1982 by a specially appointed committee of the Ministry of Culture. It is presently covered in a white canopy in order to protect it from erosion. It was the first Greek site to be inscribed on UNESCO’s World Heritage List, in 1986, even preceding the iconic Acropolis of Athens (1987).

Read also via Greek News Agenda: The archaeological sites of Mycenae and Tiryns; Acrocorinth: The mythical acropolis; Vravron and the cult of Artemis; The Plague of Athens as told by Thucydides: a timeless analysis of an epidemic

N.M. (Intro image: The Temple of Apollo Epicurius at Bassae before it was covered with a canopy, ©Ministry of Culture and Sports)