Today marks the 48th anniversary of the Athens Polytechnic Uprising, a student-led demonstration against the military dictatorship (also known as “junta” or the “Regime of the Colonels”) that ruled Greece from 1967 to 1974. This “rape of democracy” - as the then-U.S. Ambassador Phillips Talbot had put it- was a period full of fear, distrust, and encroachment of personal and political rights. 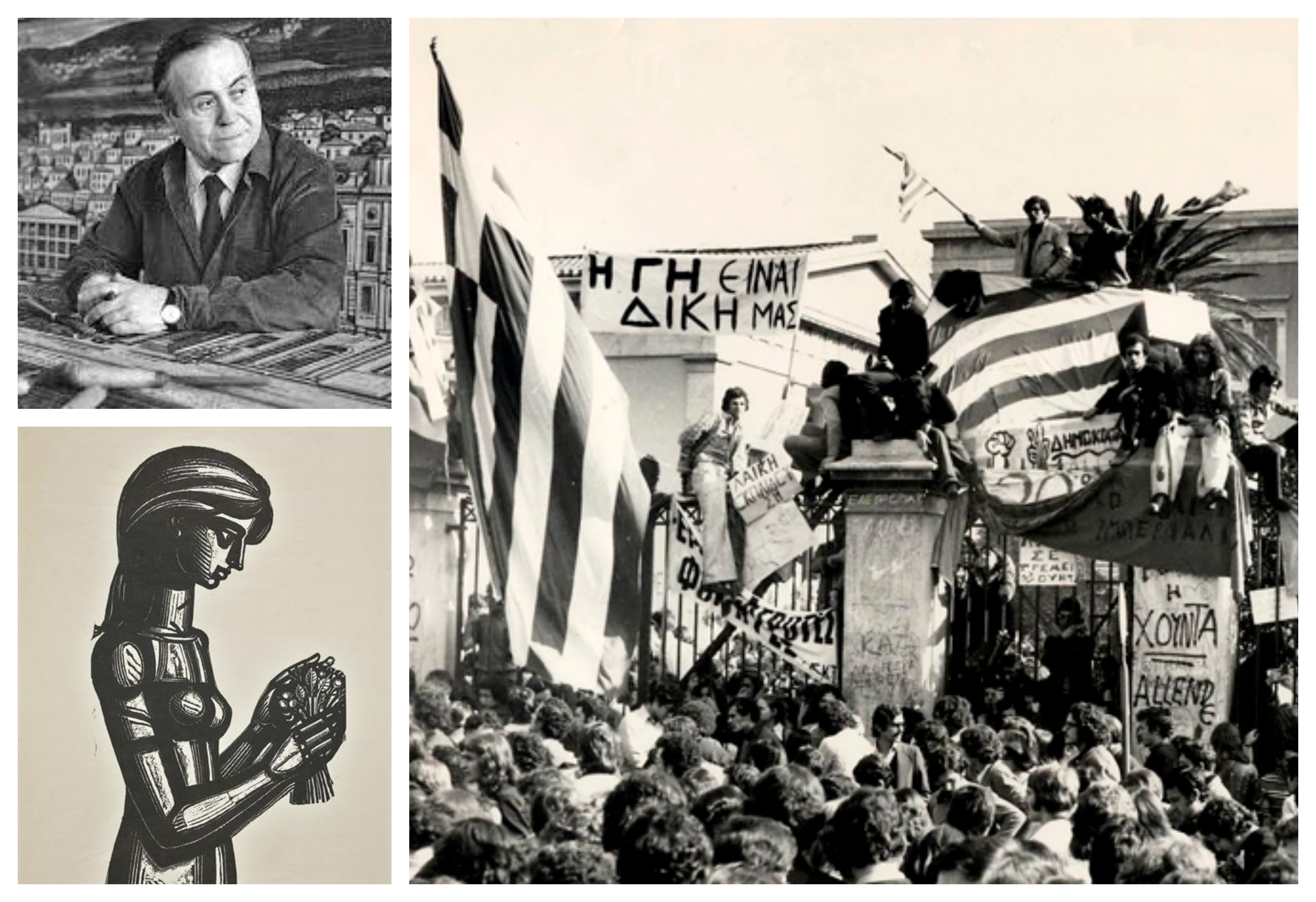 Even though the resistance against the colonels continued throughout the seven long years of their rule -coming from inside Greece as well as from abroad, through the nation’s active Diaspora around the world- the most significant day – and perhaps the most historic anniversary in modern Greek history – is November 17, when (in 1973) military tanks burst through the gate of the Athens Polytechnic University while student protests against the military dictatorship – under the demand-slogan “Bread- Education- Liberty” - had reached their peak.

According to a report published by the National Hellenic Research Foundation, at least 24 civilians were killed, while dozens more were injured. Despite this tragic outcome, the uprising triggered a series of events that brought the Regime of the Colonels – this “rape of democracy” in Ambassador Talbot’s words - to an end on July 24, 1974. Thus, it became a symbol of the junta’s demise and as such is viewed in terms of a continuing fight for freedom, and a point of reference for Modern Greek history.

One of the Greek intelligentsia representatives that were inspired by the country’s historic events was the engraver, etcher, and sculptor Anastasios Alevizos, widely known as Tassos (1914 – 1985). Tassos was among the country’s many artists and academics that were living in self-imposed exile during the years of military rule. As the events unfolded, Tassos started working on his 5-meters woodcut work entitled “17 November 1973” capturing the spirit of the students’ uprising and the nation’s will for liberty. 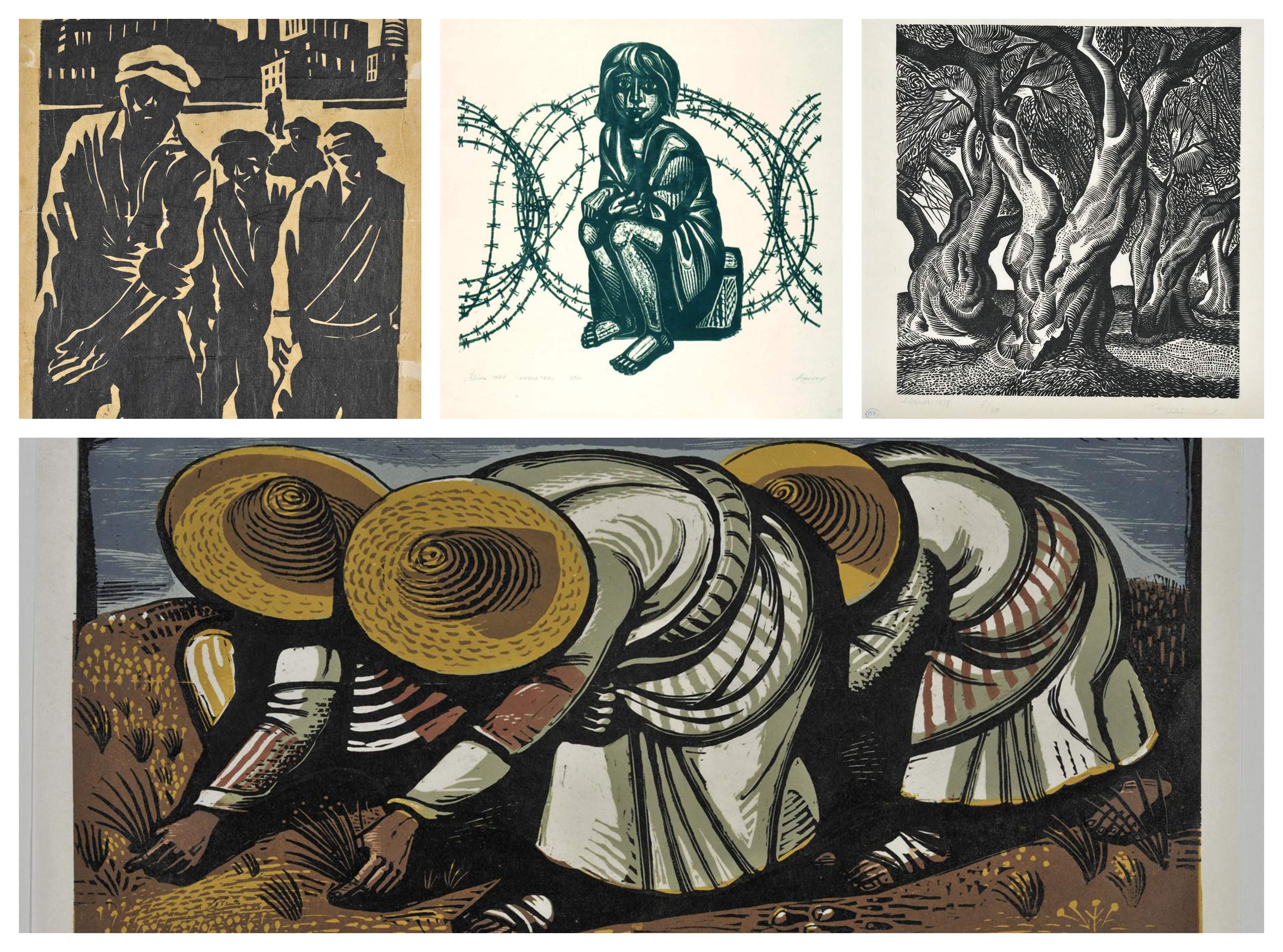 Tassos was born in Lefkochora, Messinia. He studied painting and sculpture at the Athens School of Fine Arts under Argyros, Parthenis, and Thomopoulos, before attending the printmaking studio of Yannis Kefallinos, who was considered a master of Greek engraving. A founding member of the Artists National Liberation Front, Tassos continued to create posters and resistance print material during the Nazi Occupation of Greece. While working for the Greek Postal Service (1954-1967), he implemented innovational techniques in stamp design and also became director of the pioneering Department of Graphic Arts at the Athens Technological Institute (Konstantinos Doxiadis School), where he taught for almost a decade.

Tassos presented 18 solo exhibitions -both in Greece and abroad- and participated in many international art fairs and festivals, including the Biennials of Venice and Sao Paulo, as well as many Printmaking Biennials (Lugano, Ljubljana, Tokyo, among others). The A. Tassos Society of Visual Arts -based in his house in Athens which was converted into a museum- was established in 1986, in order to disseminate his oeuvre and promote Greek printmaking. In 2007, the Municipal Art Gallery in Kalamata (located close to the artist’s birthplace), was named after the great Greek engraver, hosting a great number of his work which he himself donated to the Gallery. 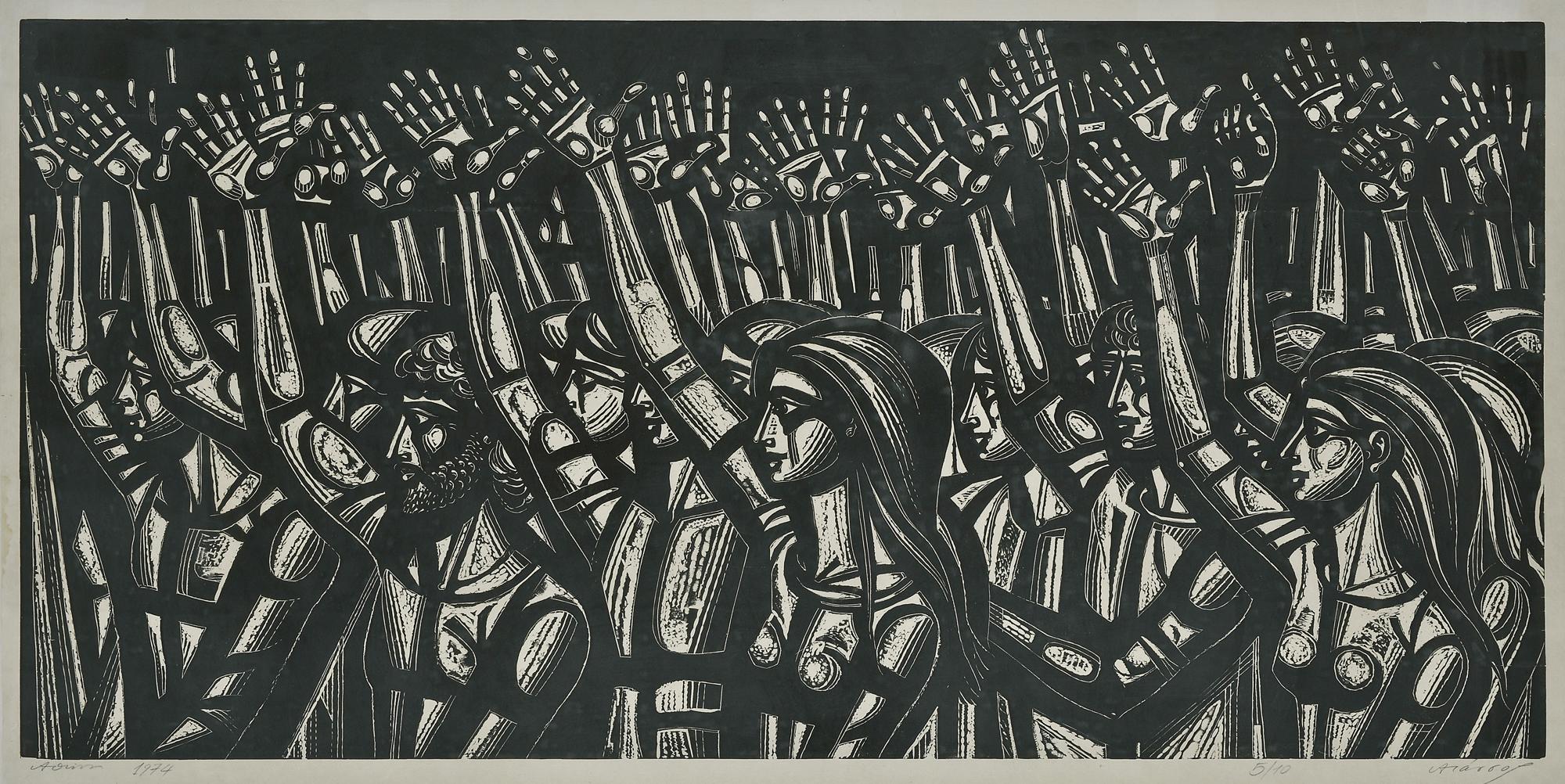 Tassos’ printmaking work was influenced primarily by the interwar standards; themes such as the war, the occupation, and the resistance were mostly reflected in his work. After the liberation, he expanded to more neutral subject matters, such as still life, nudes, etc. His oeuvre is distinguished for its technical and artistic excellence, the artist’s personal interpretation of traditional forms, and a humanitarian dimension, which often takes the form of social protest (as in the works created during the dictatorship, 1967-1974). As a militant artist, Tassos remained faithful -throughout his life- to the case of the struggle for a new, just, and democratic society, with his engravings focusing on rendering the toil and pain of ordinary people.

Read also on GNA:  Military Dictatorship (1967-1974) in retrospect: The Greek visual arts scene; “Memories of Dictatorship”: A Greek Film Archive Tribute under the Auspices of the General Secretariat for Public Diplomacy and Greeks Abroad of the Ministry of Foreign Affairs; Arts in Greece | Demetrios Galanis: the forerunner of modern Greek engraving