Greece´s Capodistrias Museum– Center of Capodistrian Studies is among the 60 nominees for the European Museum of the Year Award (EMYA) 2022, the ceremony of which will take place in Tartu, Estonia, from May 4-7, 2022. A significant distinction presented by the European Museum Forum under the auspices of the Council of Europe, the European Museum of the Year Award (EMYA) was founded in 1977 with the aim to stimulate international interchange of ideas and pinpoint new approaches to the protection and interpretation of heritage, as well as new ways in which museums operate. The Award is given annually to a museum that has excelled in the European museum scene for attracting and welcoming its visitors by using high standards and innovative approaches. 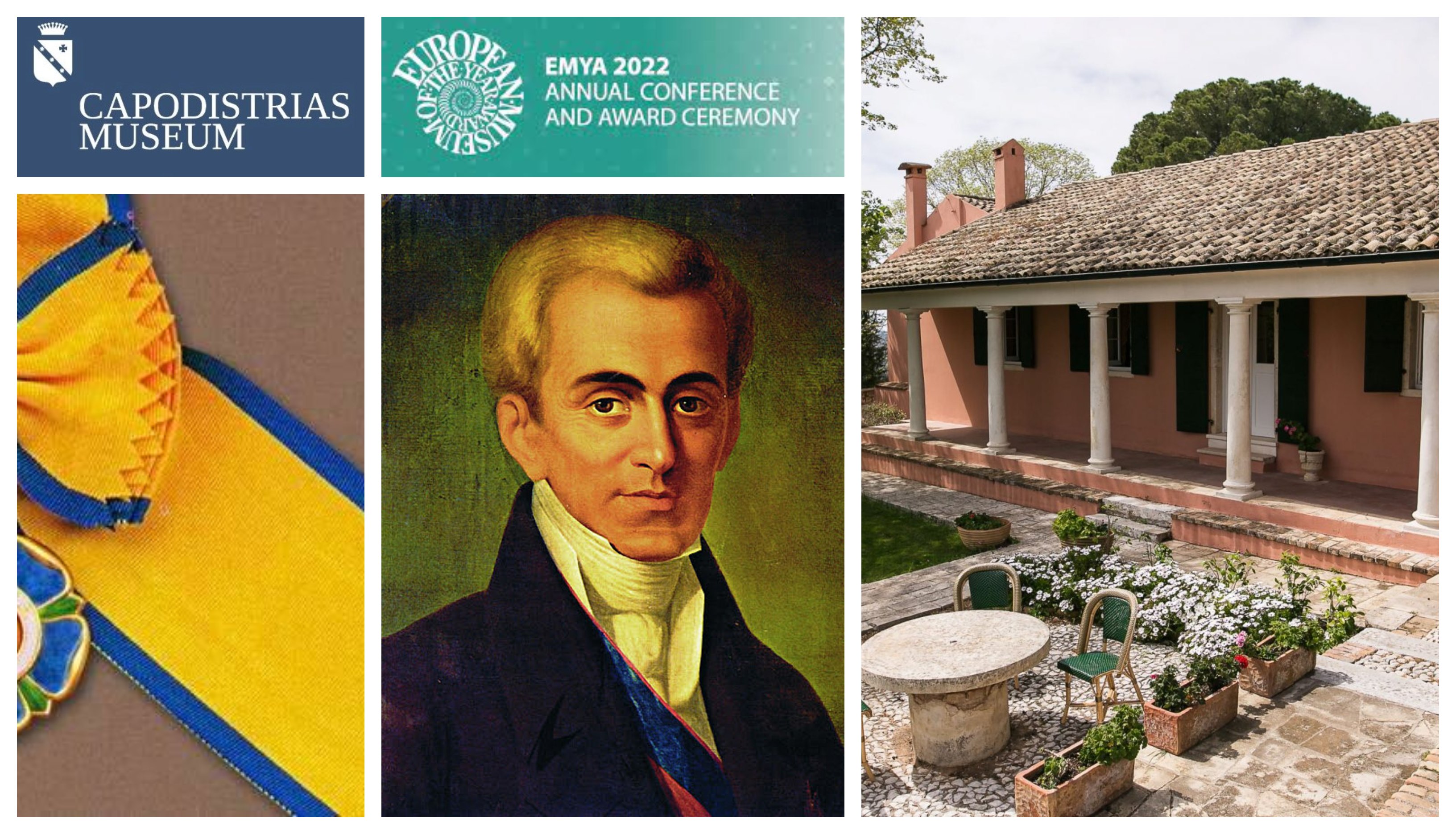 It is worth mentioning that the Capodistrias Museum- Center of Capodistrian Studies is the only Greek foundation shortlisted for the 2022 Award, which is a remarkable honor for the museum itself as is also for Greece, as recently announced by the Ministry of Culture.

Founded in 1981 on the island of Corfu, the museum is dedicated exclusively to the life and work of the Greek state´s first governor and top European diplomat, Ioannis Capodistrias, aiming thus to take visitors on a journey through the history not only of Corfu and modern Greece but also of Europe. As Minister of Foreign Affairs, Nikos Dendias, stressed on the occasion of the signing of a Memorandum of Cooperation between the Ministry of Foreign Affairs and the Museum:

“[…] The Capodistrias Museum is the only cultural foundation dedicated to his life, work and legacy. A legacy that goes beyond the country´s borders […]”. 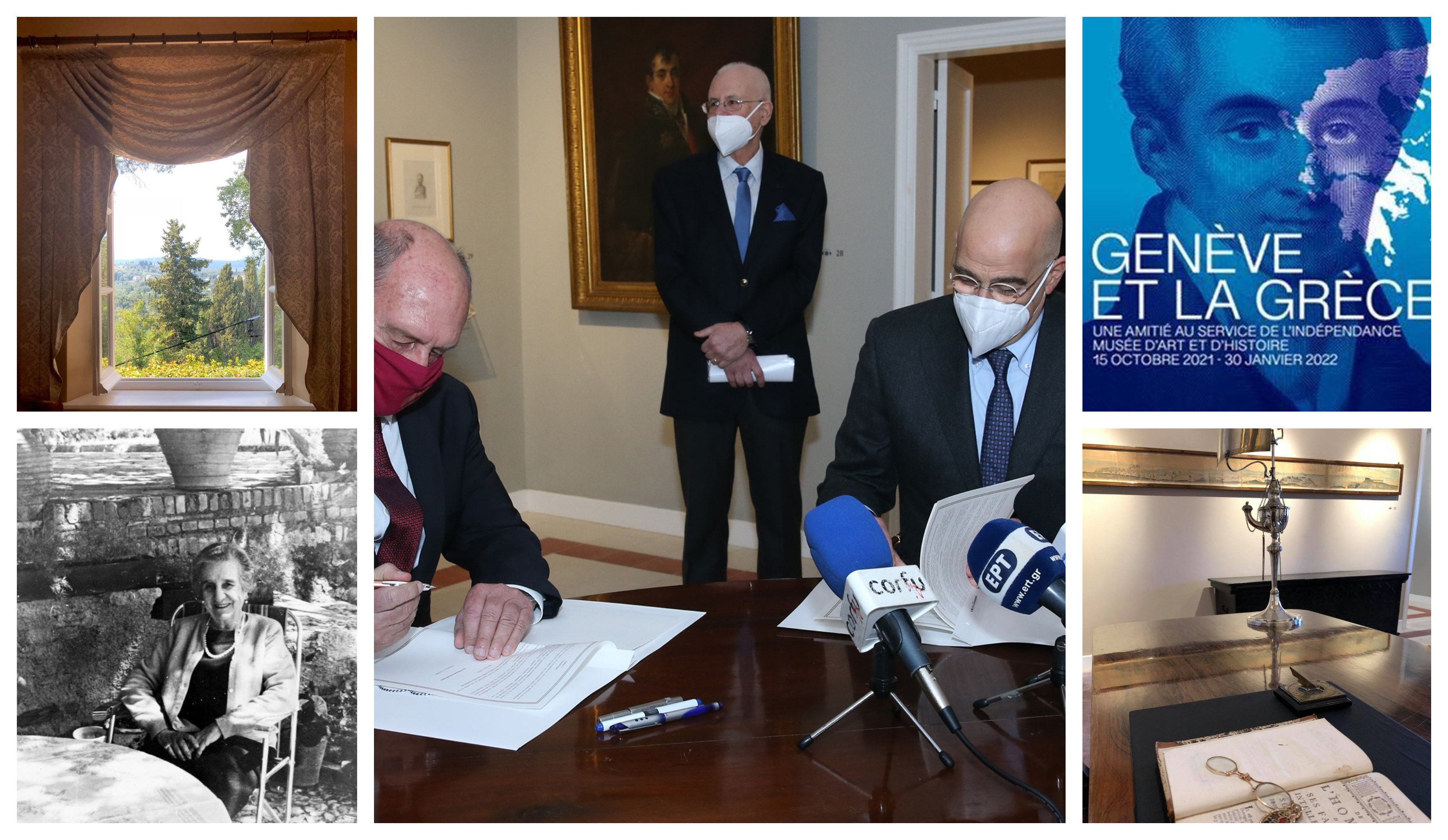 More specifically, the museum is housed in Kapodistrias' summer residence - in the village of Evropouli - Koukouritsa area- which was donated, in 1979, to three historically significant Corfiot cultural organizations (the Corfu Reading Society, the Philharmonic Society of Corfu, and the Society for Corfiot studies) by one of Capodistrias´ descendants, Maria Desylla-Capodistria – former Mayor of Corfu (1956–1959) and the first female mayor in Greece.

Among others, the Museum includes family portraits and photos, Capodistrias’ family tree, and seals, religious artifacts, furniture, official documents, books from Capodistrias’ personal library, and honorary medals. It is worth noting that there are no texts on the walls in the halls of the museum; as Daria Koskorou, director and curator of the museum explained in a recent interview: “We didn’t want to lose that home feeling, hence all the enlightening and educational information is available free of charge on your mobile phone through a QR code. Additionally, the museum boasts a free audio tour service available to all visitors via a web application for smartphones and on a dedicated device. The audio guide to the permanent exhibition is available in four languages (English, Russian, French, and Greek)”.

Of particular interest to researchers and teachers is the Ioannis Capodistrias Digital Archive, an ambitious project that was completed in 2016 with the aim to offer an extensive, wide-ranging collection of material regarding Capodistrias’ legacy.

The Museum also collaborates with Greek and foreign museums and organizations in a joint effort to create networks of inspiration and cultural exchange. Within this context,  special mention should be made to the exhibition “Geneva and Greece – A Friendship serving Independence” running through February 13, 2022, at the Museum of Art and History in Geneva, in collaboration with the Hardt Foundation for the Study of Classical Antiquity. The exhibition highlights the relationship between Ioannis Capodistrias and two Genevans - Charles Pictet de Rochemont and Jean Gabriel Eynard – who all played a key role in Geneva joining the Swiss Confederation, and Greece becoming an independent state.