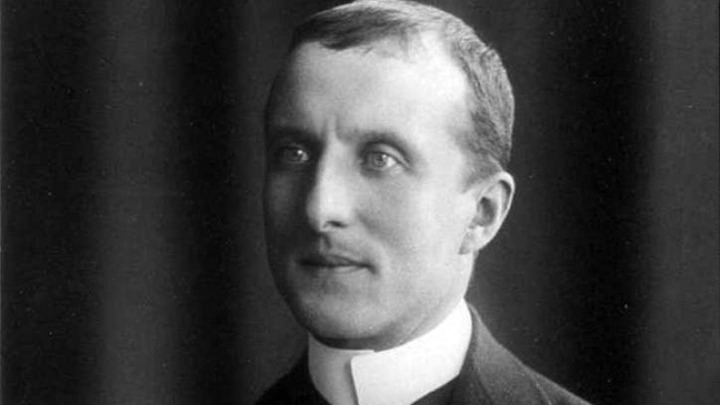 Constantin Carathéodory was a distinguished German-born mathematician of Greek origin who made important contributions to the theory of real functions, to the calculus of variations, and to the theory of point-set measure. Although he spent most of his life in countries like Brussels and Germany, his Greek heritage always held a special place in his heart, and he showed active interest in promoting education and the study of sciences in Greece.

Carathéodory was born in Berlin on 13 September 1873. His father was Stephanos Carathéodory, a legal scholar of Greek origin from Constantinople (modern-day Istanbul); Stephanos was a diplomat of the Ottoman Empire, and from 1875 he served as ambassador to Brussels, where his son would grow up. The Carathéodory family had a long diplomatic tradition and several family members had held important government posts in Constantinople. Constantinos Caratheodory (1802–1879), father of Stephanos, had served as the personal physician of the Sultan, and was a distinguished teacher at the Imperial School of Medicine in Constantinople.

Constantin's mother, Despina, came from the Greek island of Chios (then also part of the Ottoman Empire); she died of pneumonia in 1879, and Constantin was raised by his maternal grandmother. Growing up, he would speak several languages, including Greek, French, German, Turkish and English. In 1886, he entered the Athénée Royal d'Ixelles school, graduating in 1891. He twice won the first prize of the Concours généraux, the Belgian national mathematics competition for advanced secondary-school pupils. 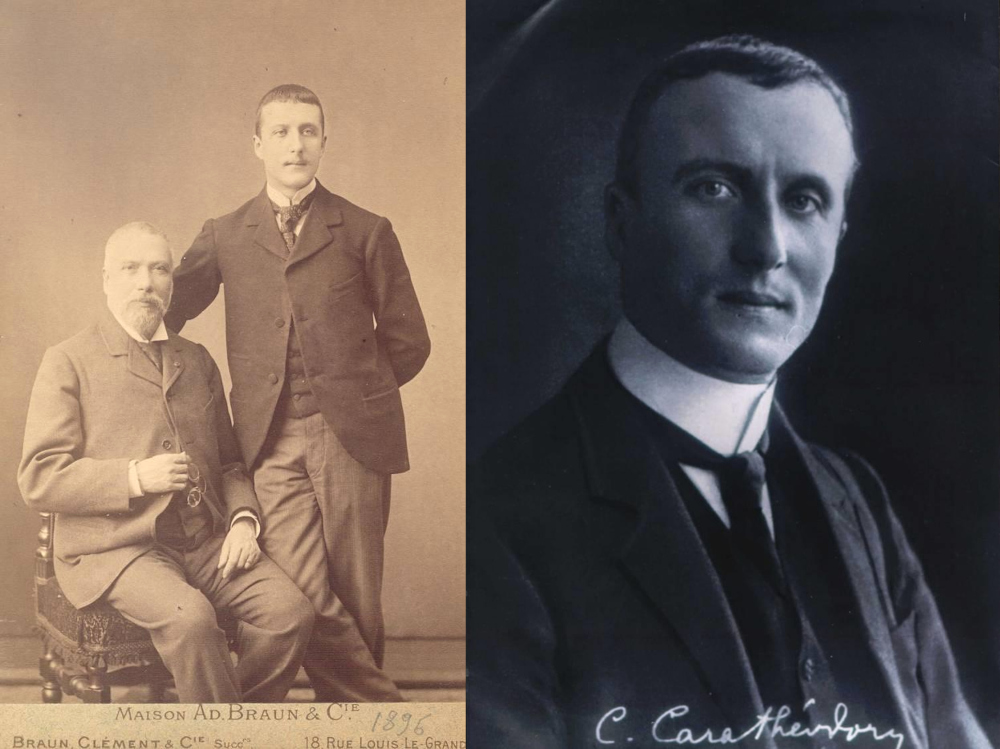 Constantin Carathéodory with his father, 1896 (via Wikimedia Commons)

From 1891 to 1895, Carathéodory studied Civil Engineering at the Royal Military Academy of Belgium. Following his graduation, he worked as a civil engineer on the island of Lesbos, on a road construction project that was eventually abandoned due to the Greco-Turkish War of 1897. In 1898 he went to Egypt to work as an assistant engineer with the British Asyūṭ Dam project on the Nile River. During his stay, he travelled through the country and wrote a book about its geography and history. In his spare time, he also delved into the study of mathematics, and –to the dismay of his family– eventually decided to quit his job and further pursue his passion academically.

Carathéodory began his study of mathematics in 1900 at the University of Berlin, where he attended the lectures of Georg Frobenius and Herrmann Amandus Schwarz. In 1902 he continued his studies at the University Göttingen, which at the time enjoyed worldwide reputation in the field of advanced mathematics. In 1904 he received his PhD under Hermann Minkowski, presenting his doctoral thesis "On discontinuous solutions in the calculus of variations". 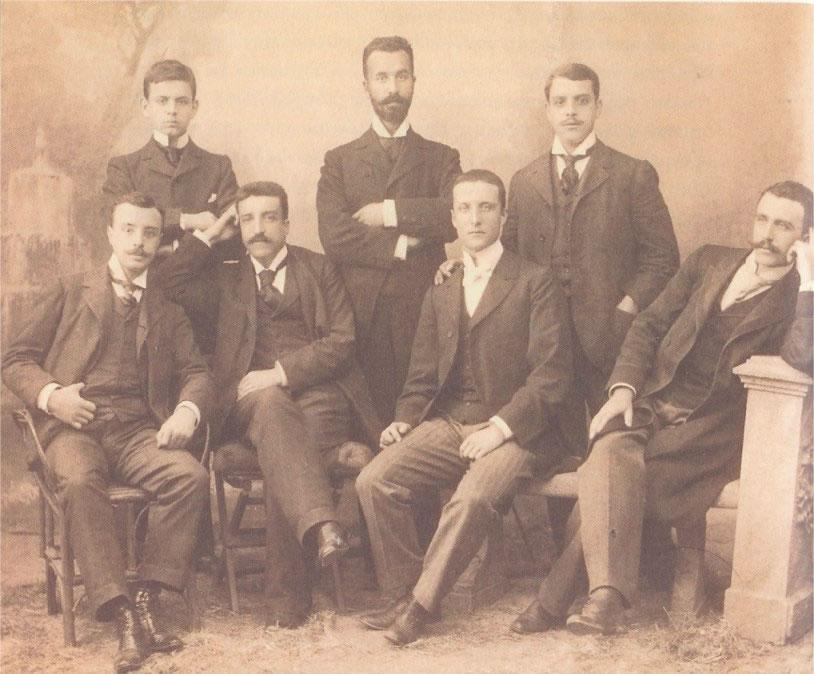 He remained in Göttingen, working on his habilitation thesis "On strong maxima and minima in simple integrals", which he presented in 1905 (ahead of the customary waiting period), and went on to work there as a Privatdozent (lecturer without tenure) until 1908. In 1907, his father passed away.

In the meantime, the Greco-Turkish War of 1919 had broken out in the aftermath of World War I. In the beginning of the war, the Greek forces took control of the city of Smyrna (modern-day İzmir), which was home to a large and vibrant Greek community. The Greek authorities decided to establish the first higher education institution in the city, the "Ionian University of Smyrna". For this purpose, they invited Carathéodory, as one of the most distinguished academics of Greek descent, to take up the management of the University. 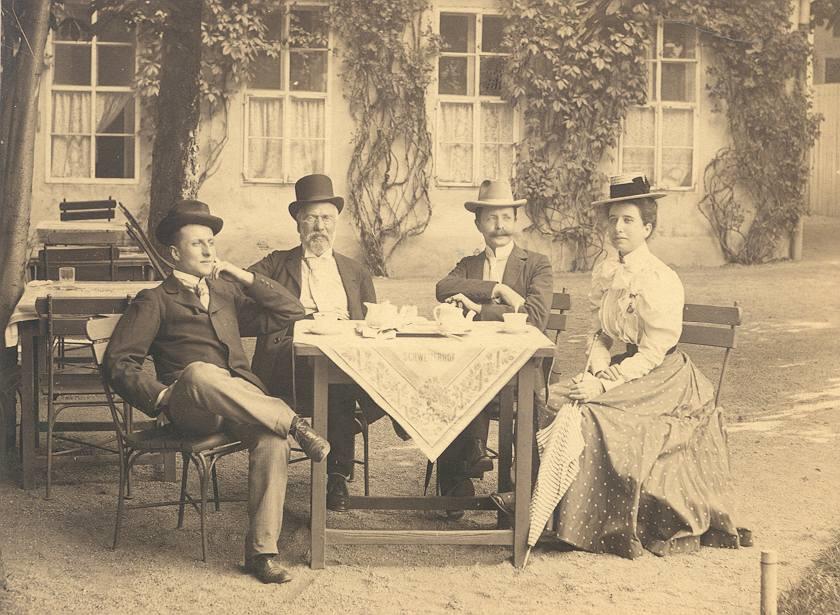 Carathéodory in Carlsbad, Czechoslovakia with his father, brother-in-law and sister Julia, 1898 (via Wikimedia Commons)

Carathéodory accepted, ending his contract with Berlin on 31 December 1919. He had already met with Venizelos earlier in that year, and discussed the founding of a Greek university outside of Athens, even submitting a memorandum on this subject. He undertook the task of organising of the university from scratch, deciding on its departments, curriculum and teaching staff; he chose several recognised scholars of Greek descent from foreign universities, and was himself to be the Professor of Mathematics. However, the plans for the university would never materialise, as the Turkish forces advanced, pushing back the Greek forces and taking over Smyrna in September 1922. During the Smyrna Catastrophe, Carathéodory was able to salvage documents and books which he had personally brought for the university’s library from around Europe.

After leaving Smyrna with his wife and two children, he remained in Athens, where he taught at the National University of Athens and the National Technical University. In 1924, he left to accept professorship at the University of Munich, a position he held until his retirement in August 1938. In 1925, he was elected a full member of the Bavarian Academy of Sciences and Humanities. In 1928 he became the first visiting lecturer of the American Mathematical Society, giving lectures in the Universities of Pennsylvania, Harvard and Princeton, among others. 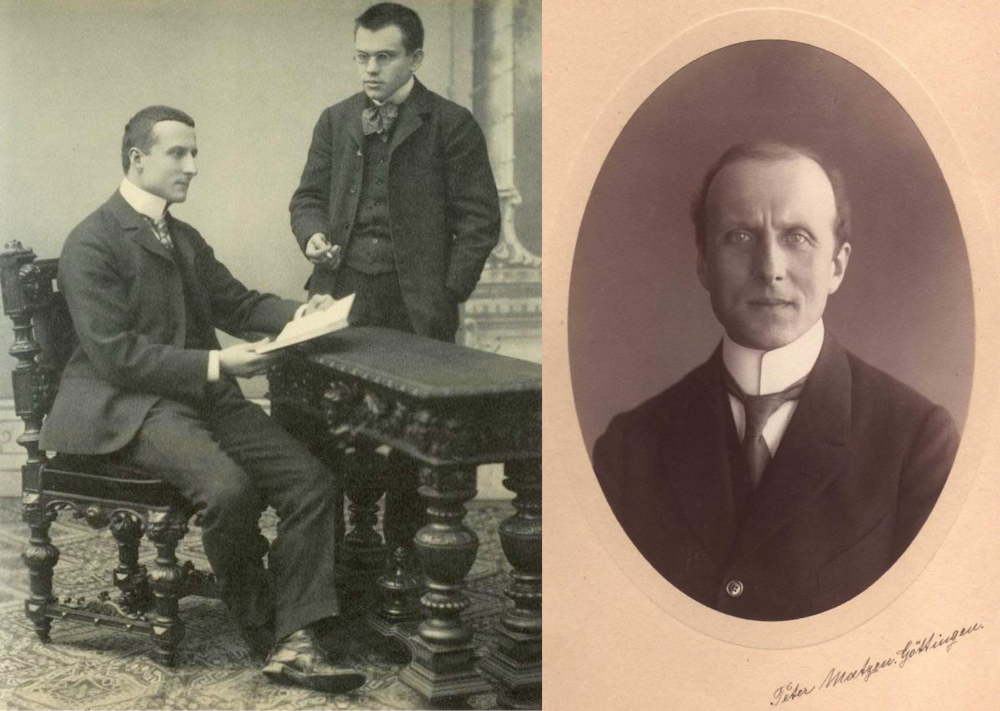 In 1930-32, he again accepted an invitation by the Greek government, and served as a government commissioner at the University of Athens and the (recently founded) University of Thessaloniki, undertaking the task of reorganising both institutions and bringing them up to European standards.

He gave his final lecture at the Munich Mathematical Colloquium in December 1949. Carathéodory died on 2 February 1950 and was buried in the Munich Waldfriedhof cemetery.

1994 Greek stamps with Constantin Carathéodory and pre-Socratic philosopher Thales of Miletus (c. 624 – c. 546 BC) (via Science on Stamps)

He was particularly interested in the calculus of variations. The new field concept that Carathéodory introduced into the calculus of variations was to have great consequences. Carathéodory derived an inequality from it, which 20 years later caused a sensation in the mathematical world under a different name, as Bellman's equation or inequality, and became the basis for the principle of dynamic optimisation, and has since radiated far beyond mathematics. He was also considered a talented public speaker and lecturer.

His work has been greatly influential for scientists in various fields of mathematics and beyond. When Albert Einstein was establishing his theory of general relativity, he turned to Carathéodory for help with problems that could be traced back to problems in the calculus of variations. As can be seen in their correspondence, Carathéodory was in fact able to provide him with important mathematical explanations for the foundation of his theory, for which Einstein showed great appreciation and gratitude.

Read also via Greek News Agenda: Beyond Socrates - Greek philosophers you might not know ; Iannis Xenakis: Science as art