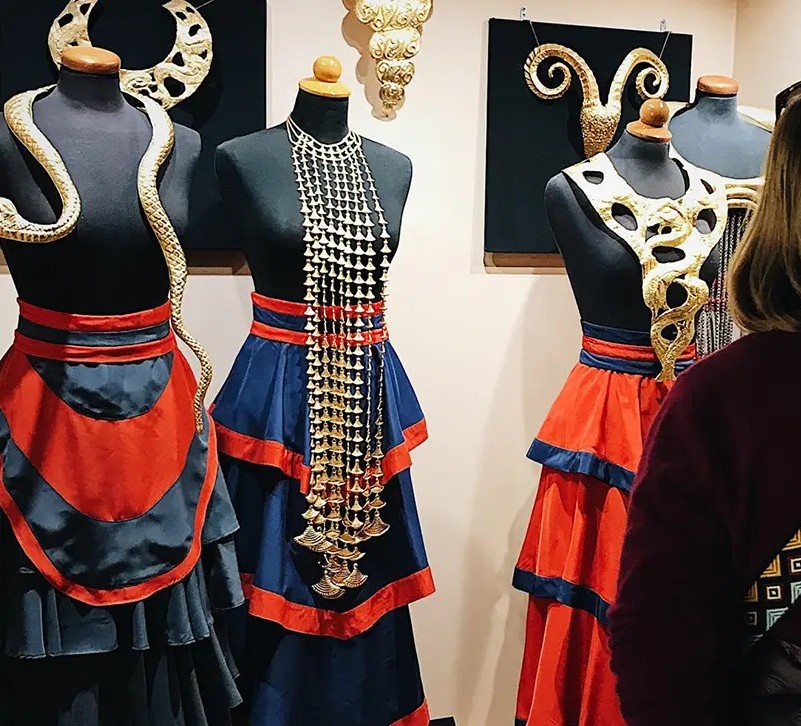 The Ilias Lalaounis Jewelry Museum (ILJM) is the first museum devoted to the art of jewellery in Greece and one of the few of its kind in the world. There you can discover the long and rich history of jewels in Greece, and view many specimens of fine artistry.

The museum features more than 4,500 pieces of jewellery and microsculptures, the legacy of artist and jeweller Ilias Lalaounis (1920-2013), founder of the eponymous fine jewellery house. Inspired by the history of world art, ancient Greek art, science and technology, nature and children's drawings, the master jeweller has left an important archive of drawings, goldsmithing tools and maquettes of special commissions.

Since 2001 the Museum collects pieces of jewellery and decorative art with a historic importance and has enriched its collection with contemporary artistic jewels by Greek and international artists. It also offers a History of Jewelry programme, the Hephaistos Summer School, as well as an Artist In Residence Programme.

On the occasion of a recent event hosted at the museum (as part of the Athens City Festival), dedicated to contemporary jewellery in Greece, we take a look on the past and present of the art of jewels in Greece.

The ancient roots of Greek jewellery

The land of Greece has seen the birth of one of the richest jewellery traditions in the world, with a history that can be traced back to prehistoric times. Pieces of exceptional artistry have been discovered in Crete and on other Aegean islands where the Minoan civilisation had flourished. The archaeological discoveries of Mycenae have provided us with the artistic iconography of the antiquity that continues to inspire Greek goldsmiths to this day.

The gold jewellery collection of the National Archaeological Museum gives us an idea of the high quality and craftsmanship displayed in these artefacts. In a special room, exquisite goldsmith's creations from various regions of mainland and island Greece are displayed in twenty-four display cases. The exhibits date from the Geometric period to the Roman era. 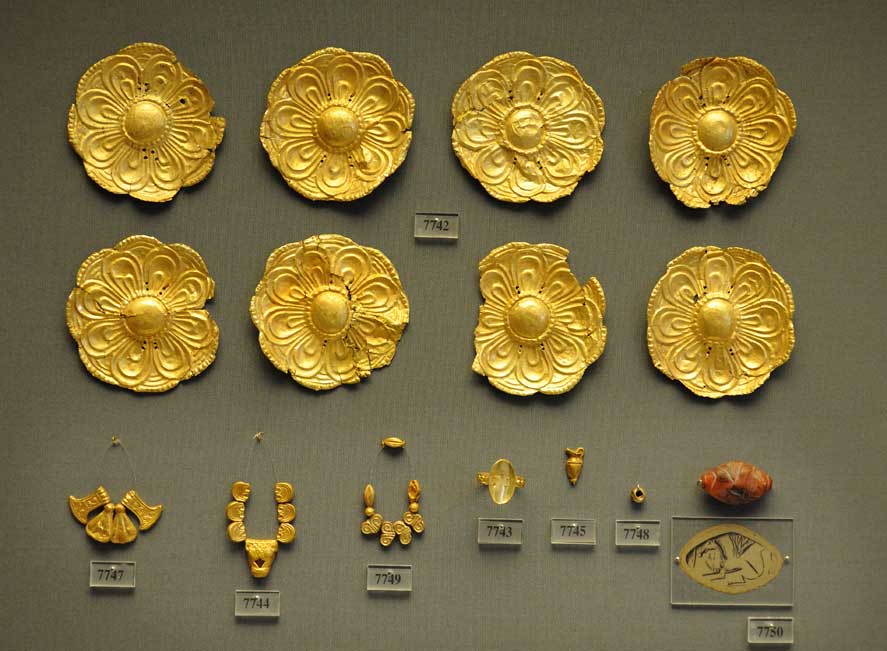 Jewels from a Mycenaean chamber tomb unearthed at Koukaki, Athens in 1930, on display at the National Archaeological Museum (photo by Kostas Paschalidis from the Museum’s Photographic Archive)

Among the most notable ones we find a gold necklace recovered from a tomb in Spata (around 730 BC), the fine rosettes from Melos (650-600 BC), the gold earrings from Eretria depicting the abduction of Thetis (475-450 BC), the wreath with ivy leaves from Kastellorizo (mid-4th century BC), the gold necklace with spear-head motifs from Corinth (330-320 BC) and the "Paleokastro Treasure" (1st century BC).

During the Hellenistic period, commerce provided large amounts of gold and precious and semi-precious stones. In this period, Greek jewellery was enriched by the use of new materials, as well as by the introduction of new designs and techniques from the East.

Greek jewellery reached a peak in terms of variety, creativity and opulence during the heyday of the Byzantine Empire in the 10th and 11th centuries, as the splendour of the court of the Byzantine emperors was reflected in the creation of luxurious jewellery. At the same time, small craftsmanship also flourished, while the importance of the church and clergy led to the creation of highly elaborate liturgical objects.

The fall of Constantinople in 1453 marked the collapse of the Byzantine Empire and the rise of the Ottoman Empire. The art of jewellery was kept alive and in the 17th and 18th centuries it flourished again. Silversmithing centres were established in many parts of Greece since, due to the scarcity of gold, and craftsmen turned to silver and bronze, and continued using traditional techniques of hammering and engraving. In the post-Byzantine period, jewellers drew their inspiration from the ancient motifs as well as Byzantine symbols, such as the double-headed eagle.

The establishment of the Greek state in the 19th century brought an influx of European influences while, at the same time, the establishment of a national education system led to the re-evaluation of not only the ancient Greek civilisation, but also the more recent one.

Since the 1950s, Greek goldsmiths have managed to establish a particularly dynamic presence in the world of jewellery. Their sources of inspiration come from the historical past, the natural and cultural environment, while their mastery is expressed through the use of ancient techniques paired with modern ones. 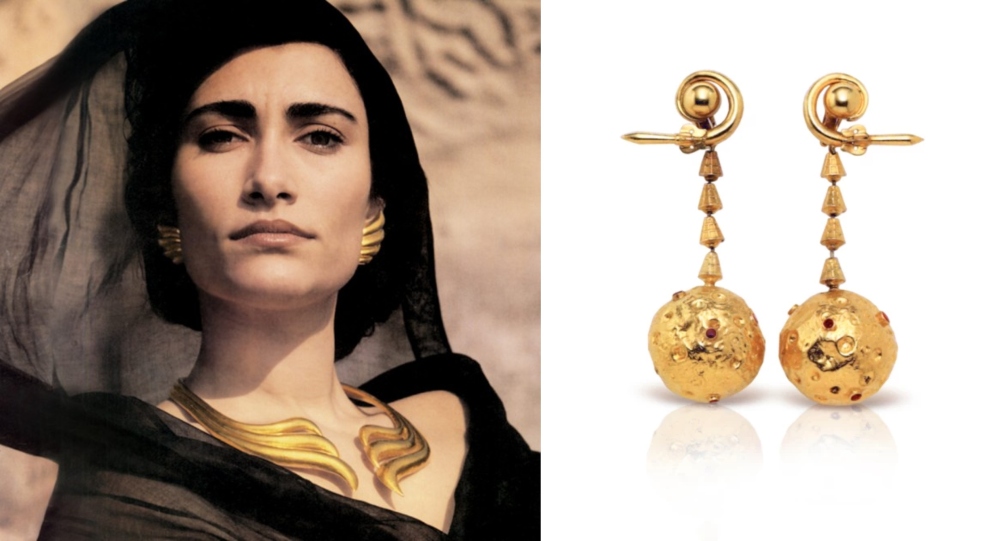 Left: 80’s photo shoot of a model wearing Zolotas jewels (from Zolotas official site); Right: The original "Apollo earrings"; Ilias Lalaounis made them for Aristotle Onassis to give to Jackie Kennedy in 1969 for her 40th birthday and to commemorate the moon landing (image from Sotheby’s)

In an interview with the Greek public television, jeweller Ileana Makri emphasised the great contribution of very talented jewellers such as Lalaounis and Zolotas who, in the 1960s and 1970s, made Greek jewellery famous throughout the world, drawing their influence directly from Greece’s cultural heritage. Today, there is a new generation of jewellers (such as Nikos Koulis, Lito, Yannis Sergakis) whose creations take a more contemporary form, keeping Greece in the spotlight in the world of jewellery.