Greece has a long history and therefore a rich cultural heritage to preserve and protect, from the prehistoric ages and antiquity to Byzantium and modern era. Greece is also home to several Ottoman monuments as a result of the country’s occupation by the Ottoman Empire for almost 400 years between the 15th and the 19th century. The Greek Ministry of Culture in its restoration and promotion program incorporates important monuments of all historical periods. The preservation and protection of the entire cultural heritage of the country is among the priorities of the Greek state and the Greek Ministry of Culture. 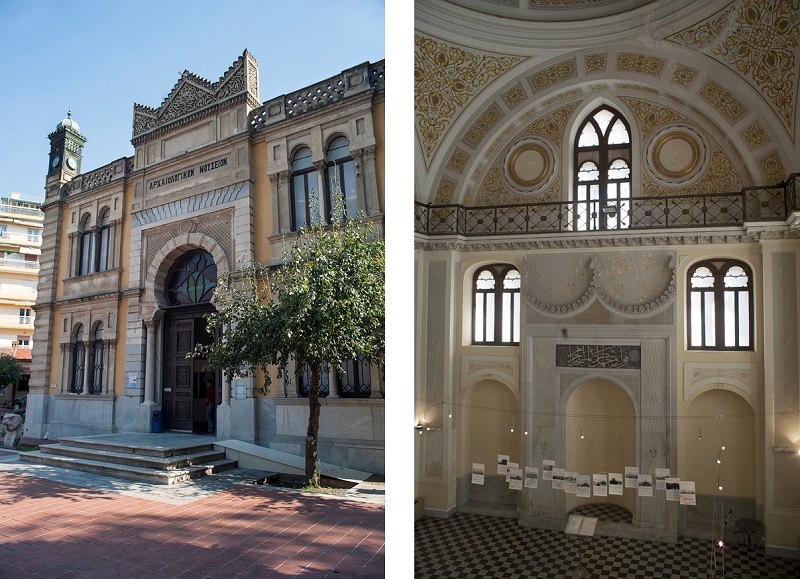 Greece protects its cultural heritage in all its forms

The legal framework for the Protection of Antiquities and Cultural Heritage (L. 3028/2002 and in its codified form L.4858/2021) offers guidelines for the management of antiquities and cultural heritage in all its forms, treating all monuments on equal terms regardless of the historical period they refer to. Greece is also developing its cultural heritage protection policy in accordance with the relevant international treaties and conventions that the Greek state has signed and ratified.

Through national and EU funding the Ministry of Culture is aiming to finance the necessary studies as well as maintenance, restoration and reconstruction work so as to make the monuments accessible to the public handing them down to the future generations.

More than 50 million euros for the restoration of Ottoman monuments

According to data provided by the Greek Ministry of Culture during a parliamentary question procedure in front of the Greek Parliament, since 2000 more that 50 million euros have been invested in restoring and promoting monuments of the Ottoman Era and more than 170 ottoman monuments, including mosques, tekkes, turbes, madrassas and mausoleums have been restored. Currently 14 restoration projects are being conducted through national and EU funding (8.5 million euros) while 5 projects are financed by the EU Recovery and Resilience Fund (5.25 million euros).

The relevant authorities attach great importance to the use that will be given to the monument so that it does not offend nor detract from the original character of the monuments. The Ministry is preparing a number of integrated restoration projects focused on entire regions or on thematic Cultural Routes that span several regions.

The Zincirli Mosque in Serres, restored in 2013

The “Egnatia Cultural Route” is a recently launched multi-regional project that follows the trails of the ancient Egnatia Road. The aim is to highlight the timeless character of this Road that connects through the years the Adriatic with the Black Sea acting as a bridge between East and West. The project includes the restoration of Roman monuments such as the famous Rotunda in Thessaloniki and Byzantine churches and frescoes in Pella, Thessaloniki and Kastoria as well as of the following Ottoman monuments:

Bey Hamam Bath, also known as "Paradise Baths", the first public building founded in Thessaloniki after its conquest by the Ottomans in 1430
[Source: Marsyas, CC BY-SA 3.0, via Wikimedia Commons]

“Network of Castles: From the Byzantium to the Ottoman Era”

This Cultural Route includes a journey to Byzantine, Frankish, Venetian and Ottoman Castles and fortifications passing through the Ionian islands, Epirus, the Western Greece and the Peloponnese. All these monuments in addition to their local historical importance bearing witness of the local and national history, are also part of the European cultural heritage. 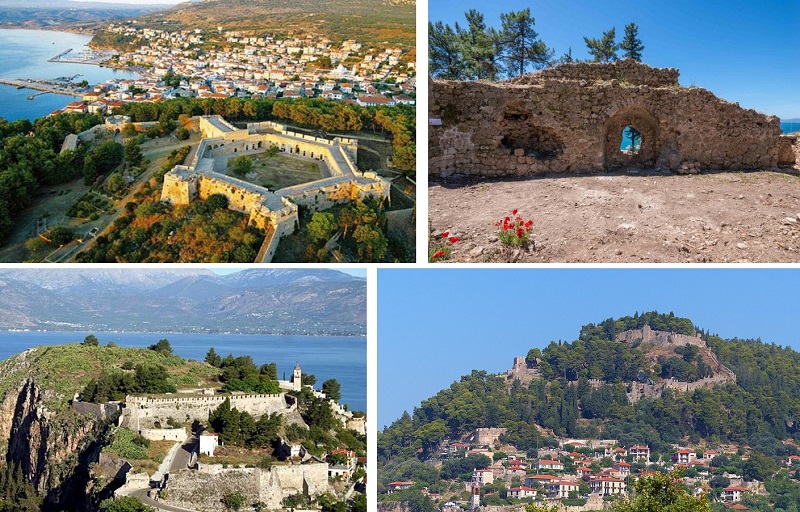 Some of the Castles from the Ottoman Era that are included in this Cultural Route are the Castles of Parga, Kiafa, Ioannina, and Igoumenitsa in the region of Epirus, the Castles of Vonitsa and Nafpaktos in Central Greece and Niokastron in Pylos, in the region of the Peloponnese. Some castles such as the Acrocorinthos and the Acronafplia in the Peloponnese were constructed in antiquity before being modified and used by Francs, Venetians and Ottomans in the course of time. Others were initially built by the Venetians and they were later reshaped by the Ottomans. An interactive digital platform will complement this cultural route including cartographic data, photographic, historical and other relevant information about the Castles.

In several regions of Greece there are also restoration works, either in progress or scheduled, in the following Ottoman monuments: the Beyazit Mosque in Didymoteicho, one of the biggest mosques in Europe, the Arap Mosque in Drama, the Imaret (“soup kithchen”) in Komotini, one of the oldest ottoman monuments in Europe built in the 1360, the Hasan Baba Teke (Ottoman monastery) in Tempi, the Bezesteni in Larissa, an Ottoman roofed market built in the 15th century, the Ottoman baths in the Castle of Ioannina, the Upper Castle in Mytilene (initially built during Byzantine years before being modified by the Ottomans in the early 16th century), the Valide Mosque also in Mytilene, one of the oldest mosques in the island built in 1615, and the Fortress of Kale in Ierapetra in Crete, built by the Venetians in the 13th century and modified later by the Ottomans. 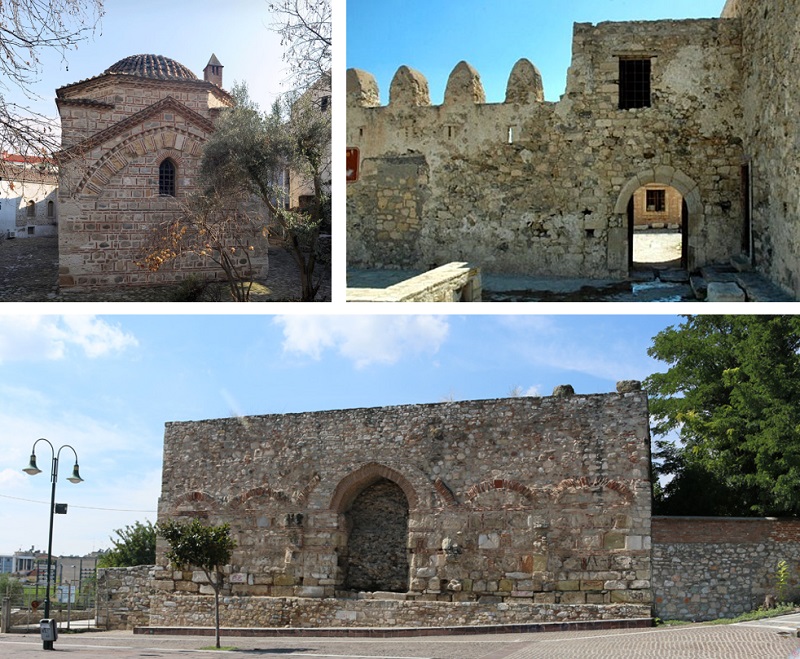 Particularly in the region of the Dodecanese a program for the restoration and protection of the cultural heritage of the region is scheduled with a total budget of 42,5 million euros covered by the Recovery and Resilience Fund (RRF). According to the Ministry of Culture the program refers to monuments of all historical periods -mediaeval, byzantine, ottoman and modern- in the islands of Rhodes, Kos, Leros, Chalki, Kalymnos, Symi and Agathonisi. In the island of Rhodes restoration works will take place in the Hassan Bey’s mansion, the Recep Pasha mosque and the Murat Reis Cemetery, while in the island of Kos the Defterdar mosque with its Purification Fountain, that were severely damaged by an earthquake in 2017, will be restored.

In the region of Epirus, a total amount of 16 million euros has been allocated from the RRF for the restoration of archeological sites and monuments of various historical periods. A strategic plan for the restoration and protection of all monuments of the Ioannina Caste (the unification of the two fortresses, the Aslan mosque in the northeast corner and Its Kale in the southeast corner of the Castle) is being developed. 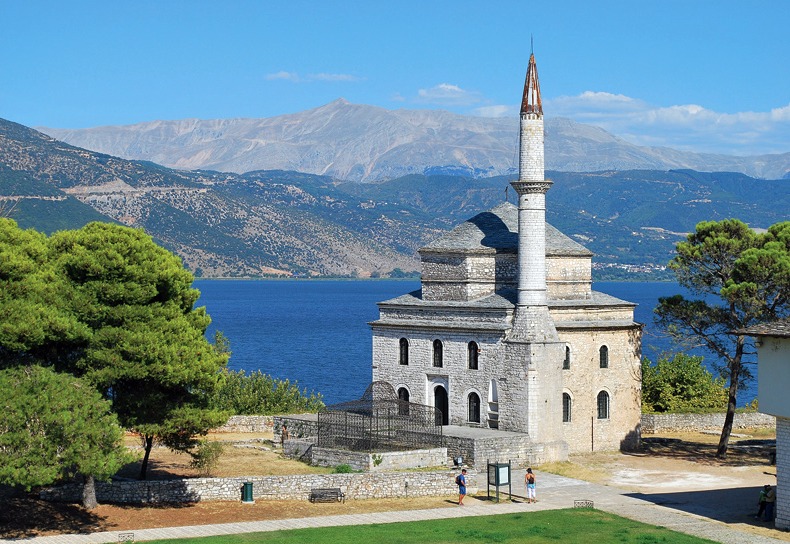 Fethiye Mosque with the Tomb of Ali Pasha in the castle of Ioannina [Source: www.kastra.eu]

A publication of the Greek Ministry of Culture

It is worth mentioning, that in 2008 the Ministry of Culture published a volume dedicated to Ottoman architecture in Greece showcasing the important work of protection and maintenance carried out by the services of the Ministry. The volume included 191 descriptive entries of the most representative Ottoman monuments -religious and secular- accompanied by photographs and drawings. This publication is being revised with a number of new entries and it is expected to be published and available also in English, by the end of the year. 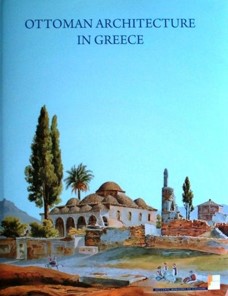