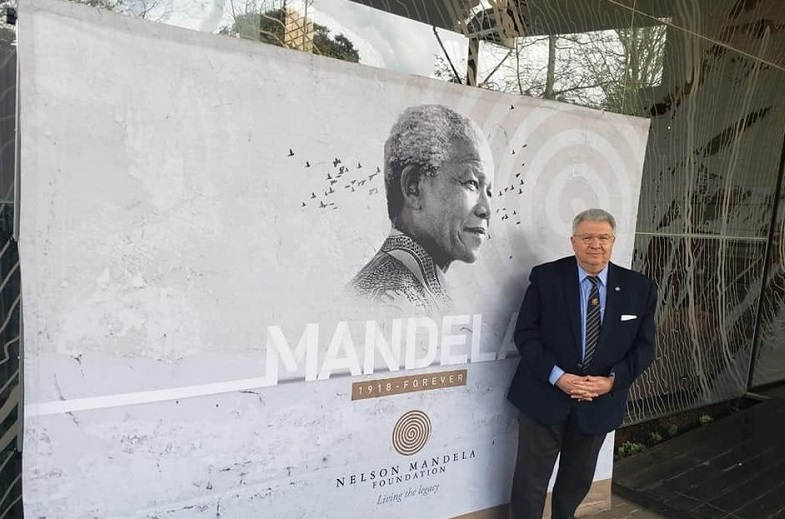 A documentary about the life and work of George Bizos - the four-decade-long human rights advocate in South Africa, lawyer, and close friend of Nelson Mandela - will be screened as part of the events taking place on the island of Kastellorizo within the framework of the 7th "Beyond Borders" Documentary Festival. From the edges of Europe and the frontier island of Kastellorizo, Greece honors, with the special screening of the "George Bizos Icon" documentary, the idea of Human Rights and the values of Democracy, as stated in the respective press release issued by the General Secretariat for Greeks Abroad and Public Diplomacy of the Ministry of Foreign Affairs.

"With this initiative, we chose to not only honor the emblematic activity of George Bizos, but to also send a message full of symbolism and universal dimensions: to underline, from the cradle of democracy and the frontier island of Kastellorizo, the timeless value of human rights, as one of the most important pillars of democracy. In an era when, not far from us and Europe itself, the concept of democracy and its fundamental values are being undermined, disputed, relativized, or redefined by way of new walls of authoritarianism, nationalism, historical revisionism, and intolerance. In this endeavor, Greece - for historical and symbolic reasons – holds considerable weight, and the life of a Greek, George Bizos, can inspire and mobilize," said the Secretary-General for Greeks Abroad and Public Diplomacy of the Ministry of Foreign Affairs, Prof. John Chrysoulakis.

The screening of the documentary, with a running time of 90 minutes, will take place at a special event on the evening of August 27, with a welcoming address by John Chrysoulakis. The Ambassador of South Africa in Greece (daughter of Walter Sisulu, a fellow activist of Nelson Mandela and leading figure of the African National Congress who was also legally represented by George Bizos) Beryl Rose Sisulu, the executive director of the Nelson Mandela Foundation Sello Hatang, producer Jane Lipman, who together with Peter Goldsmid directed the documentary, as well as members of George Bizos’ family will also attend the event.

The biographical documentary is screened for the first time in Greece and at an international festival of audiovisual works, as noted in the press release. It tells the story of Giorgos Bizos (1927-2020), a young Greek refugee from Vasilitsi, Messinia, who fled in 1941 to South Africa amid the hardships of World War II. There, he became a major defender of human rights, boldly opposing the tyranny of apartheid despite many personal and family difficulties and sacrifices, defending the iconic political figure and activity of Nelson Mandela. 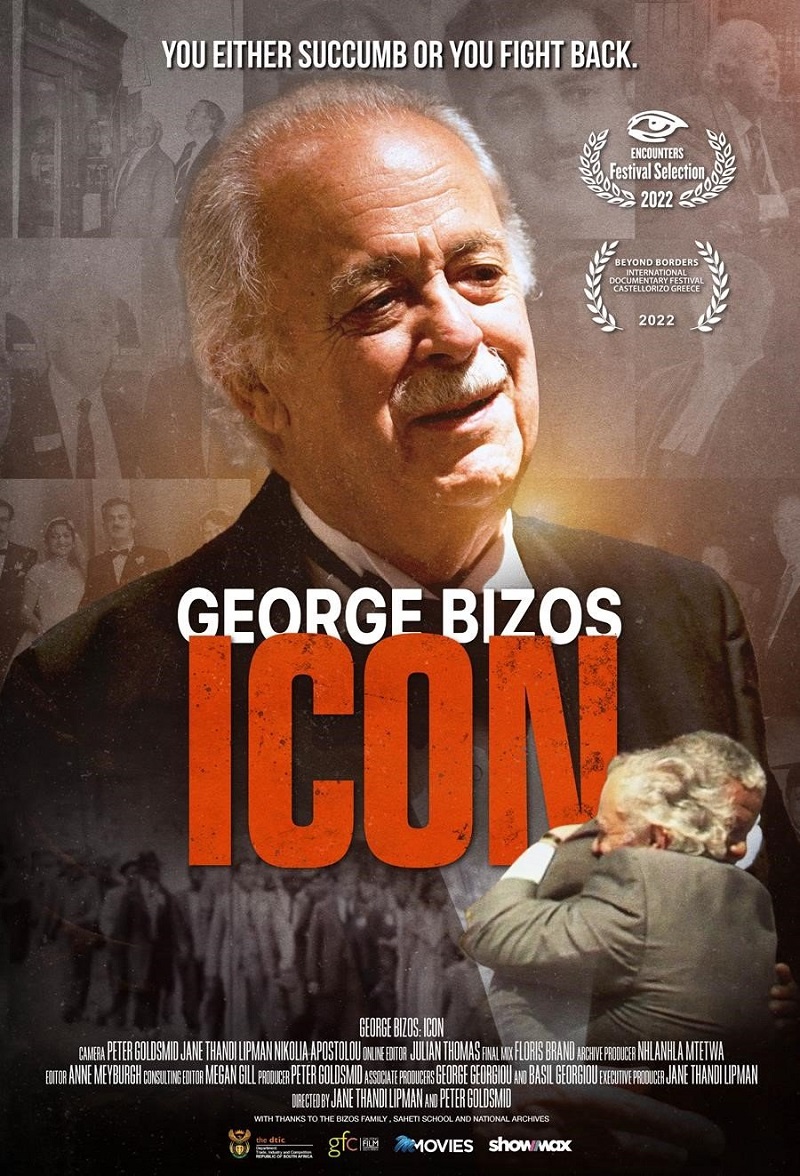 “The screening of the documentary film ‘George Bizos Icon’ at the established and prestigious International Documentary Festival of Kastellorizo, not only honors the legacy of this little known Greek expatriate in Greece, his political activity and distinguished and consistent contribution to society, but it is also expected to inform the Greek and international public about the work and contribution of the Greek diaspora, as well as to promote awareness concerning the defense of Human Rights”, the press release notes.

At the same time, it captures the will of the Festival and supporting bodies to highlight, through quality audiovisual works, events, ideas and personalities that have inspired, shaped and forged the world and the societies we live in today. Moreover, the choice of the documentary and its screening at the borderland of today's Europe, in the frontier island of Kastellorizo, constitutes a reminder of the timeless and universal value of Democracy and Human Rights and the political liberties that accompany it, in the midst of increasing schemes and threats that seek to undermine, restrict or redefine these values".

The initiative to screen the documentary in Kastellorizo was initially discussed and planned in the course of John Chrysoulakis’ visit to South Africa last April, where he met with government officials, representatives of the Greek diaspora and with the leadership of the Nelson Mandela Foundation, the press release further notes.

It is further announced that the General Secretariat for Greeks Abroad and Public Diplomacy, in collaboration with the Nelson Mandela Foundation, as well as Greek diaspora organizations, is planning a series of similar actions, with the aim of highlighting the importance of defending and promoting Human Rights internationally and the special responsibility and role of Greece, as the cradle of Democracy.

The organization of the Festival "Beyond Borders" by the Hellenic History Foundation (HHF) is supported by the General Secretariat for Greeks Abroad and Public Diplomacy of the Ministry of Foreign Affairs. In fact, at the closing ceremony of the Festival, on August 28, the government will be represented by the Secretary-General for Greeks Abroad and Public Diplomacy.

The Athens News Agency - Macedonian Press Agency (ANA-MPA) is a media sponsor of the International Documentary Festival of Kastellorizo "Beyond Borders", which takes place every year in the last week of August on the frontier island. This year, the Festival opened its doors on Sunday evening, August 21, with an inspiring ceremony commemorating the centenary of the Asia Minor Catastrophe, live streamed by ANA-MPA.

More info about the Festival’s program: visit the Beyond Borders official website