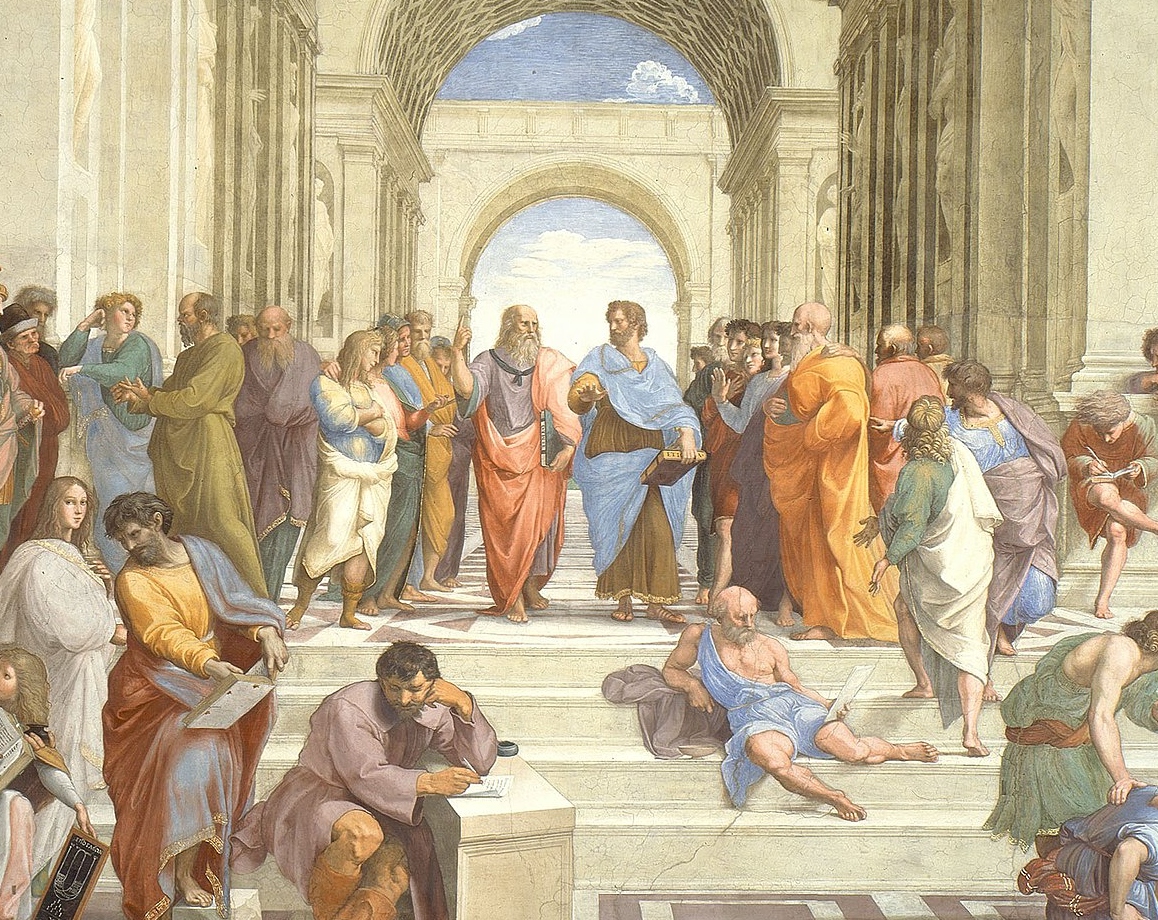 The word "academy", in the sense of an institution of higher learning or research, or a place of special training, is used every day in English and many other languages around the world, yet not everyone is aware of the term’s origin. The Academy (akademia in Greek) was the school (in both the sense of a place of learning and of a school of thought) founded by none other than Plato (428/427 - 348/347 BC), the iconic philosopher of classical Athens.

History of the Academy

The Academy was not just a philosophical system or a group of thinkers, but also a very real and specific place: situated north of Athens, and probably known as Hekademia in the archaic times, the area was believed to have taken its name from an Attic hero, Hekademos or Akademos, who had helped protect the city from a destructive war. Its name could however mean a demos situated far (ekas) from the city.

An olive grove dedicated to the goddess Athena (protectress of Athens) stood at the place. Peisistratus (c. 600 – 527 BC), the tyrant who unified Attica, recognized the site as having great religious importance, and it encompassed various shrines at the time. At some point in the 6th century BC, a gymnasium was established at the site; it was, together with the Lyceum and the Cynosarges, one of the three great public gymnasia of Athens. Cimon, an important Athenian statesman and general, would later enclose the Academy with a wall. The site was also considered sacred by non-Athenians, and was respected even by invading Spartans. 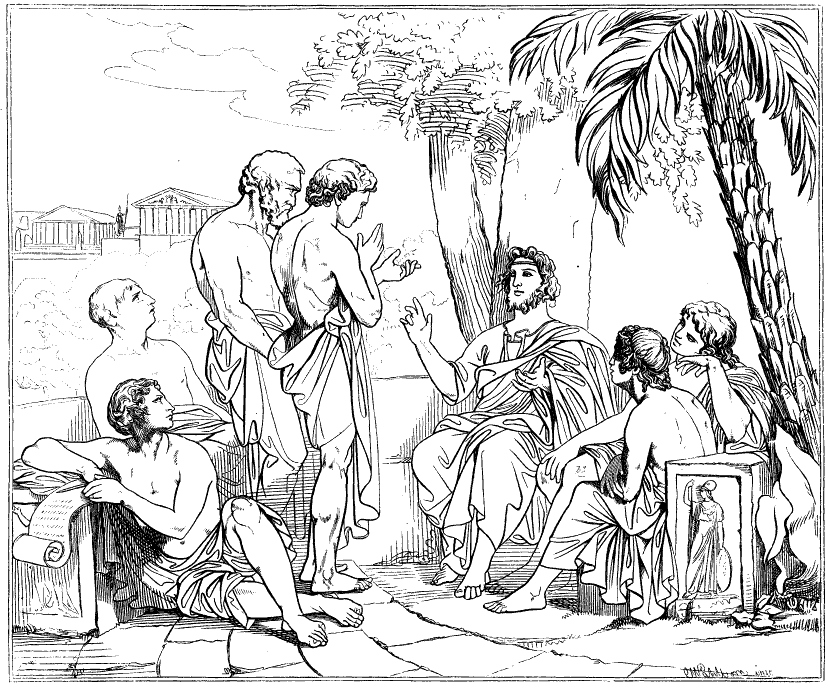 Plato in his academy, 1879, Carl Wahlbom

Plato would found his school there around 387 BC, after returning from his first trip to Sicily, on a plot of land he had acquired in or near the Grove of the Academy. At the time, the Platonic academy was not a school so much as a society of (mostly, but not exclusively) men who gathered to discuss on philosophical matters. No fees were charged and participation was open to the public. There was not a defined curriculum, but rather lectures given by Plato and other senior members and, most prominently, the dialectical method was used to answer questions and solve problems posed mainly by Plato.

His most renowned student is, of course, Aristotle (384–322 BC), who entered the Academy at about eighteen years of age and remained until Plato’s death. He would, in his own turn, found another major school of philosophy at the Lyceum (Lykeion), an area named after a sanctuary to the god Apollo Lyceus, which also encompassed an important Athenian gymnasium. 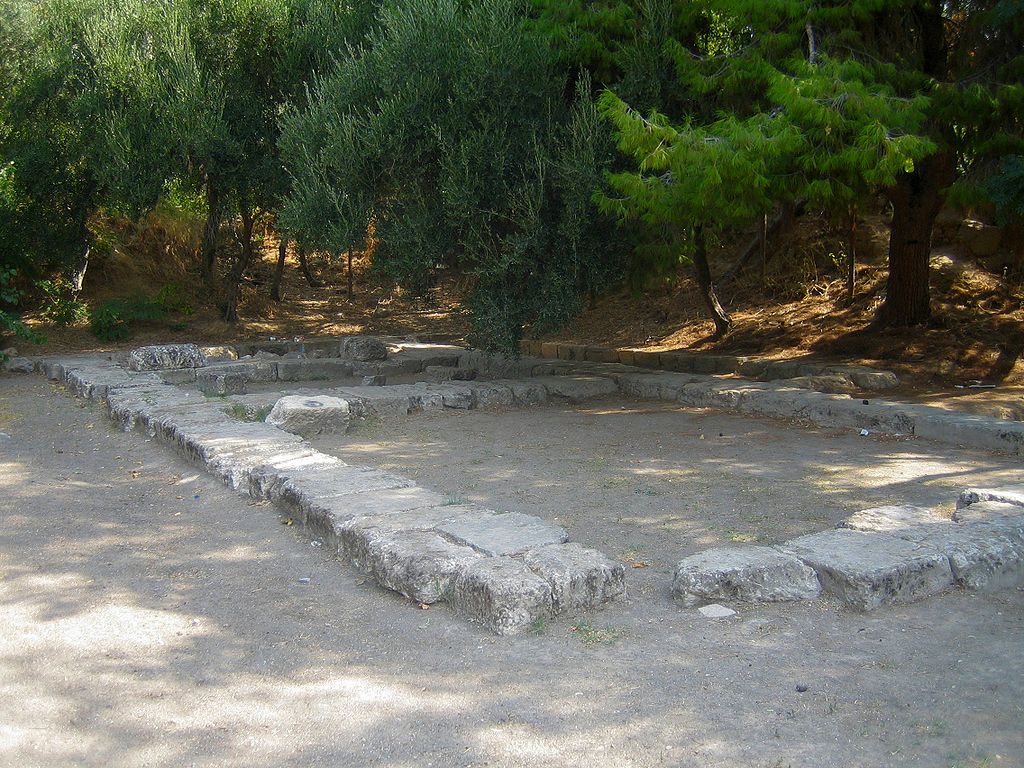 The site of the Academy is located near Colonus, approximately 1.5 kilometres (0.93 mi) north of the Dipylon gate in Kerameikos. The first archaeological research on the site took place in 1908. The first systematic excavation was conducted under architect Panagiotis Z. Aristophron, in 1930-1939. A visionary with a passion for the legacy of Plato, Aristophron acquired the estate in order to be able to discover the ruins of the Academy; his efforts resulted in the area being designated as an archaeological site in 1937. Another series of archaeological excavations were conducted in 1956-1961, while important finds would also come to light thanks to public works taking place in the area.

In 1931, the excavations revealed part of the ancient road which connected the area of the Academy with Athens by way of the Dipylon gate, along with numerous tombs. In 1933 the foundations of a rectangular building were unearthed, while a cluster of Hellenistic and Roman cist graves was found to its east. The building has been interpreted as either the Gymnasium's Palaestra (wrestling school) or the library of a philosophical school. Other findings include the foundations of Hellenistic and Roman buildings and baths. The latest excavation also revealed the site’s oldest building, called the "House of Academos", dated to the prehistoric period (2600 / 2000 BC). A long enclosure with buttresses, dating to the Hellenistic period (3rd-1st century BC), was revealed to its east. Access to the ruins is free open to the public, which are enclosed in a park.

The site also features the Digital Museum of Plato's Academy, with exclusively digital, interactive exhibits. The small, purpose-built museum is dedicated to Plato, his life, his ideas, the history of the Academy and his impact on the world of philosophy and human though, from the antiquity to the present day. 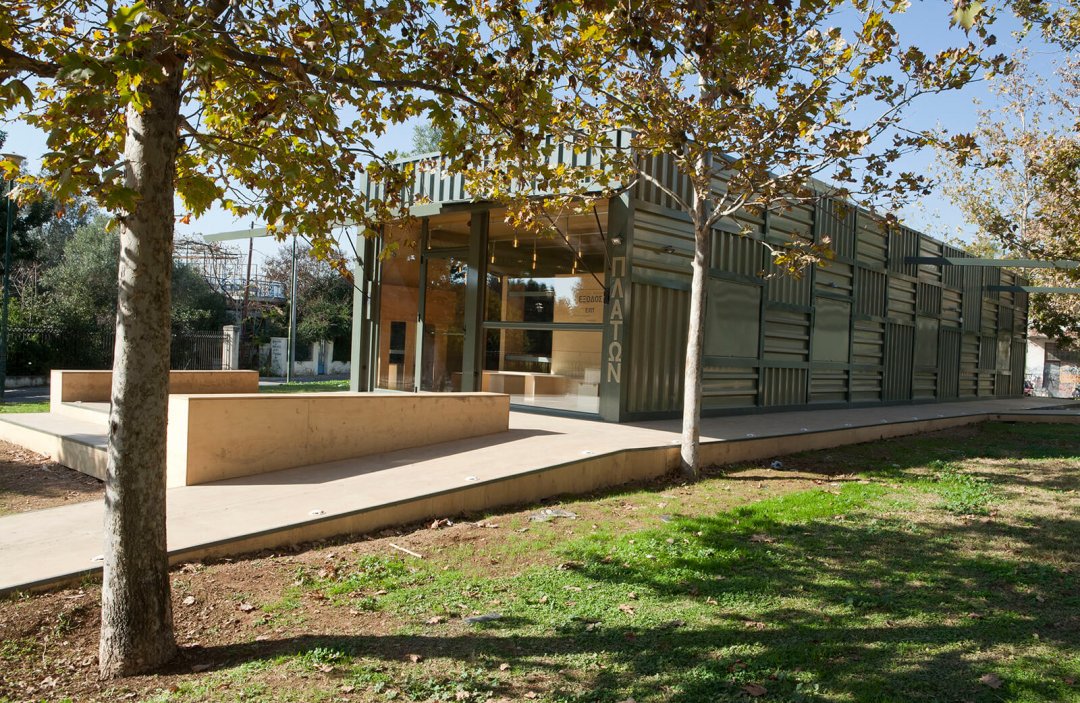 In June 2022, a memorandum of cooperation for the regeneration of the archaeological site was signed between the Ministry of Culture and Sports, the Academy of Athens and the Municipality of Athens. The primary aim of this cooperation is to resume excavations on the site, as per the wish of Panagiotis Z. Aristophron who, following his death, had bequeathed the land of Plato’s Academy to the Academy of Athens; another aim is to set the basis for the creation and operation of an "International Community of Academies", also an aspiration of P. Z. Aristophron. 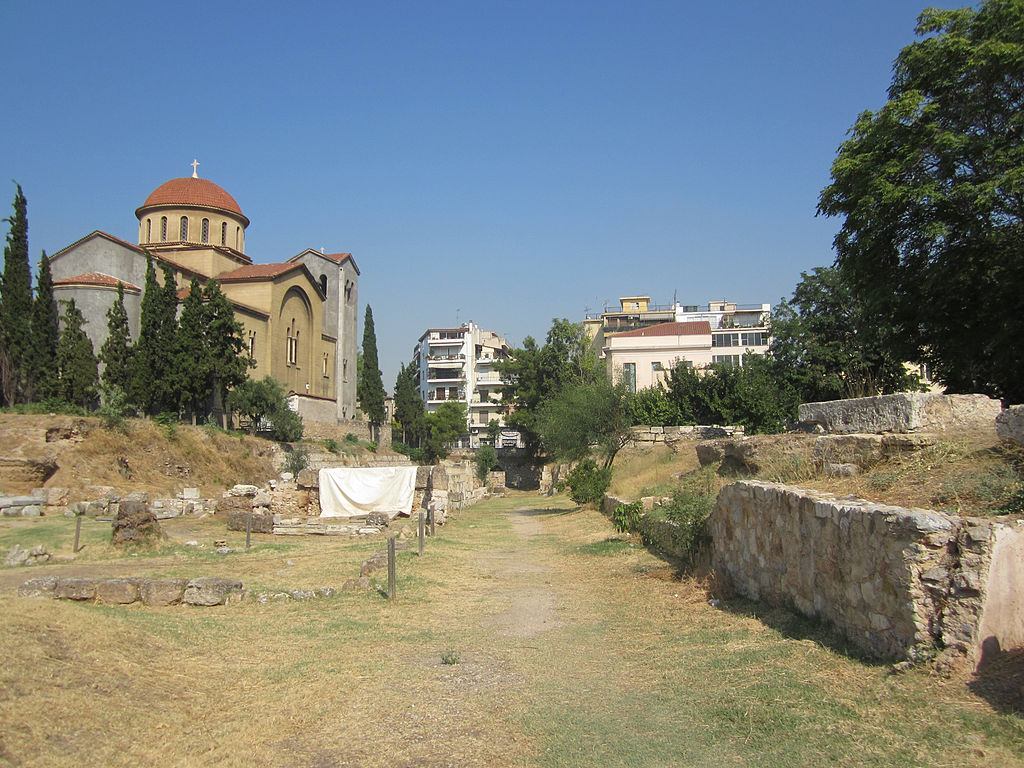 The ancient road to the Academy (by Tomisti via Wikimedia Commons)

As Minister of Culture and Sports Lina Mendoni stated, the strategic objective of the three signatories of the memorandum is "to revive the spirit and values of ancient philosophical and political thought". Professor Christos S. Zerefos, Secretary General of the Academy of Athens, declared his joy over fulfilling the wish of the Academy’s greatest benefactor.

In his statement, the Mayor of Athens, Kostas Bakoyannis, explained the importance not only further excavating the site to bring to light new important finds, but also remodeling the existing park in accordance with the latest standards for sustainability and viability, as well as building a new museum for the rich archaeological heritage of the city, which is also set to be the first "green" museum in the country.

Read also via Greek News Agenda: Beyond Socrates - Greek philosophers you might not know; Kerameikos, the necropolis of Athens; The pocket parks of Athens; The regeneration of Piraeus; Aiolou Street has a story to tell