Greece has one of the longest coastlines in Europe and a long-standing tradition in fishing and boat building; in recent years efforts have been made to promote activities related to fishing tourism, such as ichthyotourism, marine activities, recreational fishing (including angling and freshwater fishing, and other leisure activities linked with intangible heritage.

The development of fishing tourism means that the visitors of an island, a coastal area or an area close to a lake or river have the opportunity to board a professional fishing boat, not just to take a tour but also to watch a demonstration of fishing methods. As part of the tour, participants may visit beaches and underwater caves, and possibly go snorkeling, scuba diving and/or spearfishing, and they may also try local cuisine – especially fish and seafood dishes, sometimes prepared by the fishermen themselves.

Greece aspires to become a major fishing tourism destination, thanks to its comparative advantages, which include the length of its coastline (the second largest in the European continent, surpassed only by that of Norway), its great fishing and maritime tradition going back to the ancient times, as well as its fishing fleet, which is the largest one in Europe by number of vessels – primarily medium and small vessels, which are especially suitable for this enterprise. 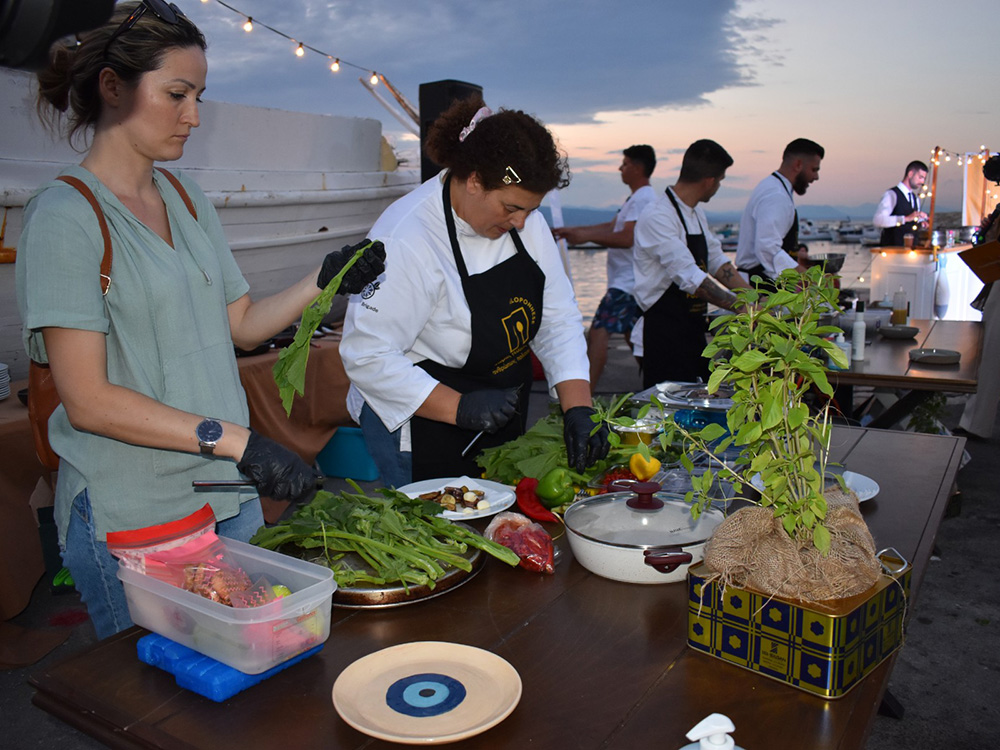 In this context, the Ministry of Tourism has included fishing tourism among the 14 forms of special tourism that it is committed to actively promote. An event titled "Fishing Tourism in Greece" was held in June, jointly organised by Deputy Minister of Tourism, Sofia Zacharaki, and Deputy Minister of Rural Development, Simos Kedikoglou; at the one-day conference, Sophia Zaharaki said that fishing tourism can benefit the quality of tourism on a national level as well as the economy of coastal regions and islands.

As she explained, a comprehensive effort has been launched to link Greek production with tourism, in partnership with the Ministry of Rural Development and Food. Greek region administrations and organisations specialised in promoting sustainable development to fishing professionals have already undertaken the task of informing fishermen from the Peloponnese and the Aegean islands on these new options, and of providing training programmes.

Positive effects on the lives of fishermen and marine ecosystems

When organised according to the principles of sustainability, fishing tourism can have a positive effect on the sustainable management of fishery resources, by reducing the intensity of fishing activities (thus avoiding the dangers of overexploitation); at the same time, it helps fishers diversify their activities while continuing their traditional trade, especially considering the fact that large tourist flows can often disrupt professional fishing activities in coastal areas. Fishing professionals can thus take advantage of the tourist development of their home region, finding a new source of income without disproportionately disrupting the marine ecosystem. It has also been shown that fishing tourism promotes greater involvement of women from the local communities, who are otherwise less included in fishing activities.

Moreover, the development of these types of activities can help many Greek islands and coastal regions increase their tourist appeal, especially if combined with other alternative approaches to tourist development, such as oenotourism, culinary tourism and agrotourism, which all draw on local communities’ traditions, heritage and history.

Examples of good practices in Greece

A good example of a private initiative in this sector is the website www.fishingtrips.gr, where one can easily plan and book their fishing trip, while also accessing all the necessary tourist information in the region of their choice.

The unique case of Missolonghi: At the Missolonghi Lagoon, visitors have the opportunity to practice bird-watching while also fishing for the famous Missolonghi gilthead sea bream. They can also use the local type of wooden boats called gaita, equipped with a stafnokari, an instrument used in a net fishing technique which is only applied in this area (a method now included in the National Inventory of Intangible Cultural Heritage). Another attraction of the lagoon are the pelades, wooden stilt houses (dwellings raised on stilts over the surface of the lagoon) used as fishermen's shelters.

Read also via Greek News Agenda: The comeback of Greek tourism; ENALEIA, the first school for professional fishing in Greece; "Fish from Greece", a strong label for the dynamic fish farming sector; There are over 100 Greek PDO products; Interview with a representative of the Greek Association of Licensed Tourist Guides

N.M. (Translated from the original article which appeared on Grèce Hebdo; Intro photo from ertnews.gr)