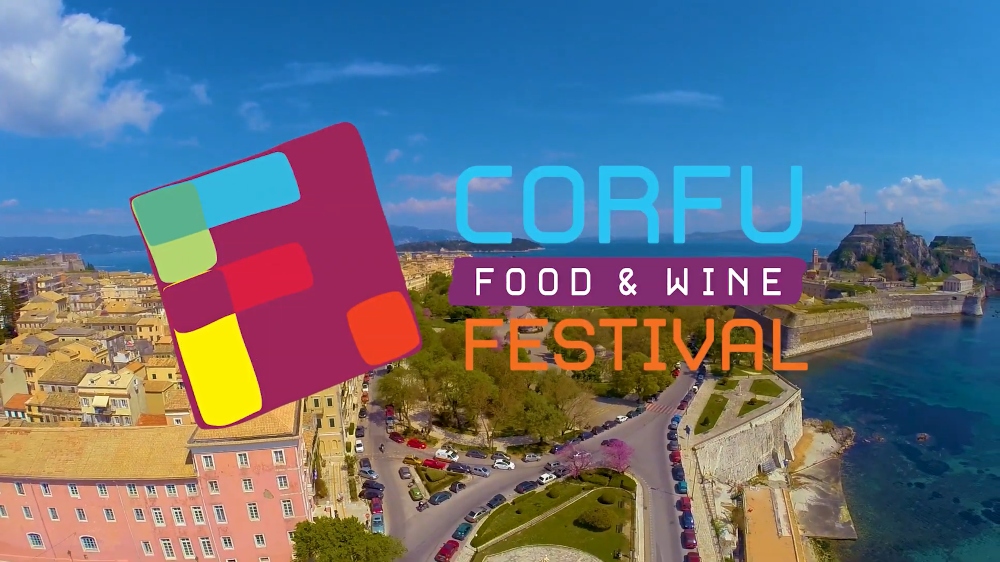 From 24 to 30 September 2022, the Corfu Food & Wine Festival will offer locals and visitors alike, a journey into the gastronomy of Corfu and the Ionian Islands, but also of other areas of Greece as well as other countries and regions of the world that are honoured in this year’s event (Crete, Epirus, Spain, Italy, Serbia, Armenia, Asia Minor). Held in cooperation with the respective Embassies of the participating countries and under the auspices of the Greek Ministry of Foreign Affairs’ Secretariat General of Greeks Abroad & Public Diplomacy and the Greek National Tourism Organisation, the Festival will host a rich programme of events.

Among others, it will feature a conference at the Ionian Academy, food and wine tastings, visits to vineyards and wineries, musical happenings and literature sessions, while parallel events will take place abroad, such as a poetry and wine event in Madrid and music recitals in Belgrade and Naples. Overall, the aim of the Festival is to highlight gastronomy as a milestone in the history and culture of Corfu and the Ionian Islands, while looking into the area’s history and bonds with other regions of the world. 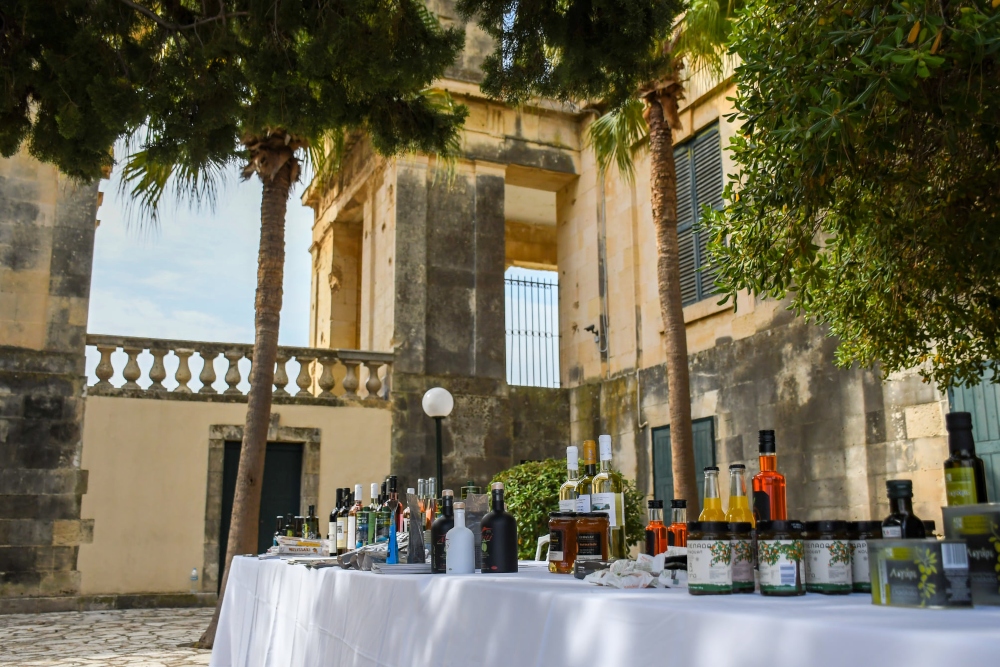 Corfu food: an amalgamation of flavours

For many destinations around the world, food making and winemaking represent an integral part of their history and brand image. In the case of Corfu - the capital of the Ionian Islands- visitors can see and feel the island’s rich history, as well as smell and taste it. At a time when most of Greece was under Ottoman rule, Corfu was under Venetian, French, and British rule, which is reflected not only in the island’s cultural identity but also in its gastronomic offerings.

Thus, as one wanders around the Old Town of Corfu, down the pedestrianised little streets – the so-called "cantounia" - and past stores with local products and open-air markets, a unique history unveils: the "Fortezza Vecchia and Nuova" (Old and New Fortress), the "Campiello" (atmospheric old quarter), and the "Spianada" Square all carry their Venetian legacy in their names. So do "sofrito" (pan-fried veal in a wine-based sauce), "pastitsada" (beef or rooster casserole with pasta), "bianco" (a succulent fish-based dish), and "bourdeto" (a spicy fish dish whose red color comes mostly from peppers) on the food front, among other traditional dishes.

At the same time, the culinary influences from mainland Greece and the rest of the Ionian Islands have also enriched Corfiot cuisine, while there are influences even from Byzantium, from the families who came to Corfu when Constantinople fell. In fact, traditional Corfu Food is an international fusion. Though Greek and Venetian are the strongest influences, spices from the east, cooking methods from France as well as other parts of the Mediterranean Region and even the remnants of British rule have all left their mark on Corfu’s gastronomy, resulting in a very tasty amalgamation of cultures and flavours. 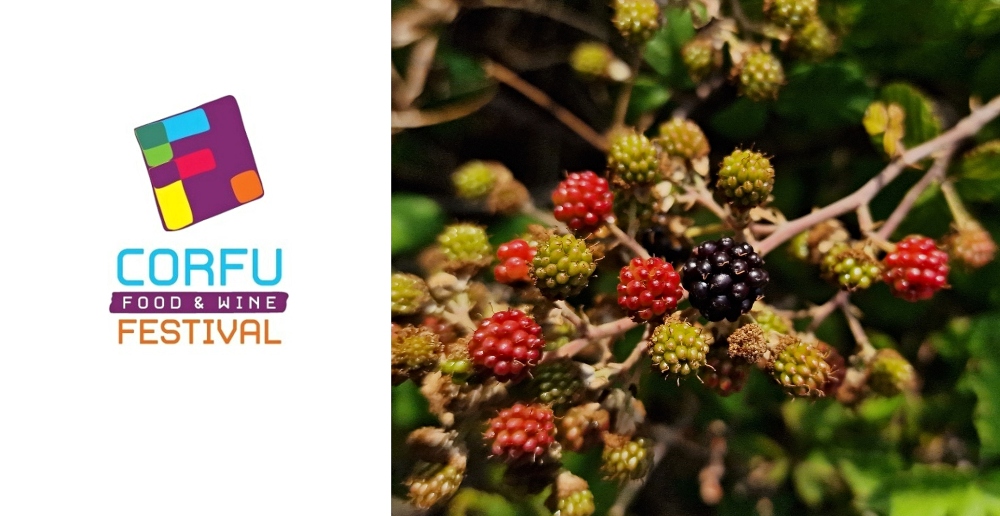 Corfu wine: it is about quality, not quantity

As for winemaking, Corfu has been famous for its wines throughout the centuries. The wine of the Phaeacians was praised by Homer in the Odyssey and the Corfiots have been producing wine ever since. Especially before the massive planting of olive trees by the Venetians (it is noteworthy that there are over 4 million olive trees on the island, some of which are 500 years old, producing top-quality olive oil and receiving international awards), Corfu used to be largely covered by vineyards.

Even though many vineyards had to make way for olive groves in Corfu, wine is still being produced on the island. However, as the rest of Greece develops at a frantic pace, Corfu keeps its wine industry very low-key. There are several small wineries in Corfu - producing wine in limited quantities but of very high quality- most of which are in the central part of the island, in Ropa Valley; this is actually a large and fertile valley between Corfu Town and Ermones, where large vineyards are cultivated. 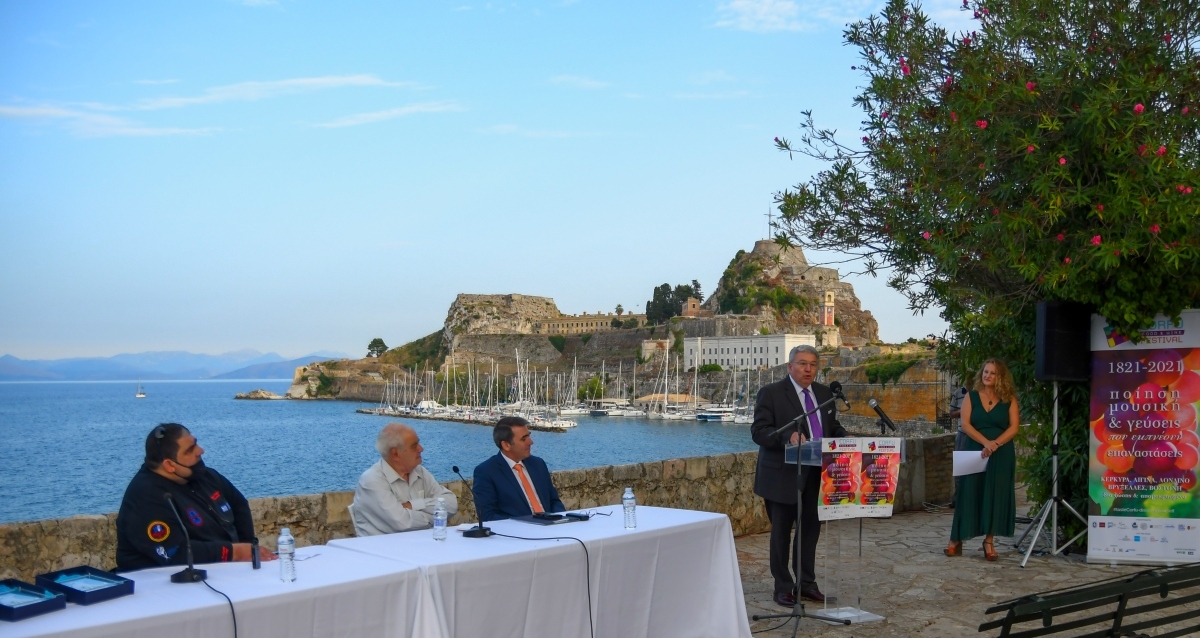 More specifically, there are seven wineries operating on the island, with the oldest one being "Theotoky", a 300-acre estate belonging to the same family for many generations. Famous for the production of fine wines, as well as organic extra virgin olive oil and olives, the Estate exports its products all across Europe and to many more countries around the world. Other interesting examples are Nicoluzo, Grammenos and Goulis Wineries whose success is based on local grape varieties – such as Kakotrygis, Petrokoritho, and Skopelitiko - that nowadays exist in small amounts, thus producing rare wines of limited availability.

If you happen to visit Corfu in September, which is the grape harvest season, it is certainly worthwhile visiting one of the island’s renowned wineries or even helping someone from the villages in making their homemade wine, as many Corfiot families produce their own wine with traditional methods. In fact, the method of winemaking in Corfu has been preserved by the elders who educate the young, and the process followed is slightly different from the one described in winemaking manuals around the world. Time to explore it!