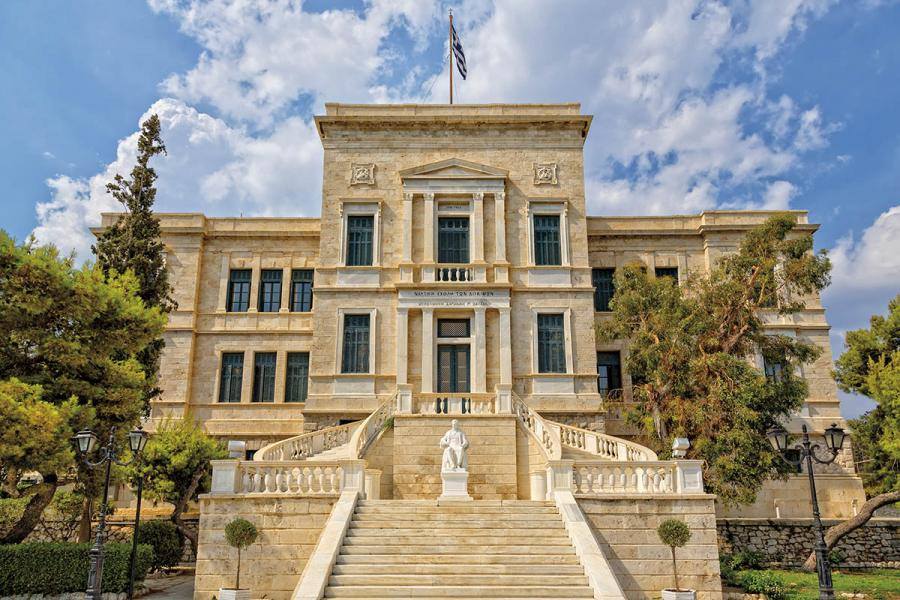 You may know Piraeus as the seaport from which myriads of tourists depart in the summer to reach various Greek islands. But Piraeus is much more than that; it is a charming vibrant seaside city, a major cultural and social urban hub of great importance for Greece with a significant role in the history and economic growth of the country. This rich cultural heritage is reflected on the historical buildings of the city, bourgeoisie residences and mansions, factories, hotels and several public buildings acting as landmarks that form the identity of Piraeus.

According to Monumenta, an organization for the Protection of Natural and Architectural Heritage, about 3,500 buildings built during the period 1840-1940 still exist in the city of Piraeus. An important number of these buildings have been declared listed since the mid-1990s due to their exceptional historical and cultural value. Through a registration project Monumenta is trying to preserve the architectural memory of the city, as many of these buildings are at risk. Disproportionately to its rich history and the abundant testimonies, the documented recording of modern Piraeus’ characteristics is limited. The aim of Monumenta is to keep a detailed record of these constructions with the ambition to hinder their demolition in the future. 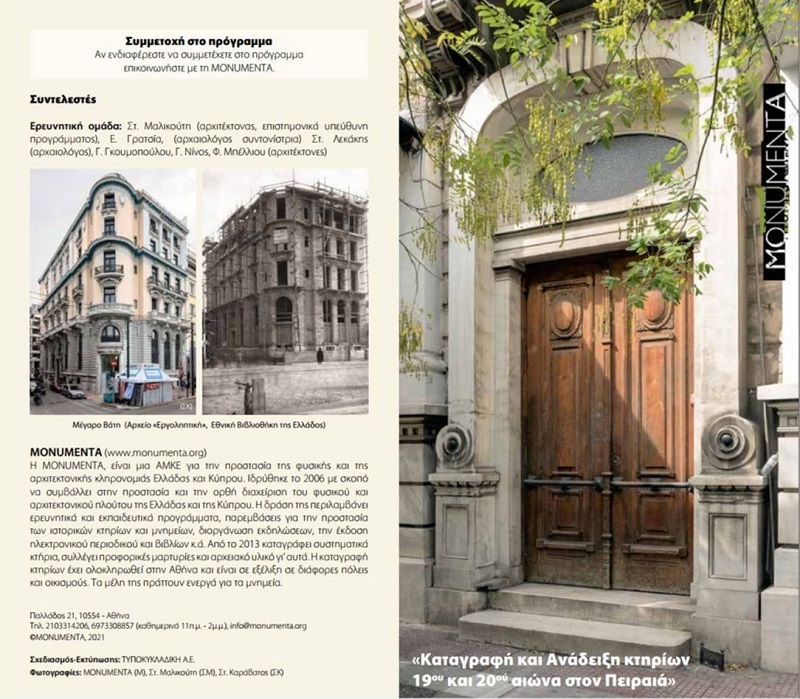 “Piraeus is an architectural gallery for the middle-class, petty-bourgeois but also for lower class residences” says Stamatina Malikouti, professor of Architecture at the University of West Attica having dedicated a large part of her scientific research in the abundant architectural heritage of Piraeus. "A walk on the coastal route from the port of Zea to Tzavela Street, at the Peace and Friendship Stadium, reveals buildings, one prettier than the other, that represent the evolution of architecture in Greece in the last 100 years”, says Stamatina Malikouti. 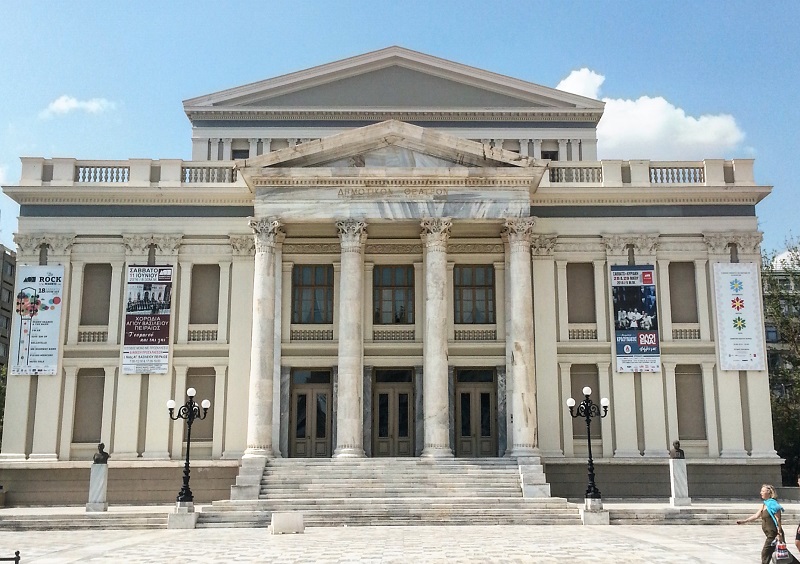 The brightest example of the neoclassical past of the city is the renovated Municipal Theatre, that has once again become a reference point for the cultural life of the city since its complete restoration and renovation in 2013. Other characteristic buildings are those of the Hellenic Naval Academy, designed by the famous German architect Ernst Ziller, the Hatzikyriakio Childcare Institution, the former Navy hospital which was an 1875 mansion etc.

The architectural identity of Piraeus

Modern Piraeus first plan was elaborated in 1834 by the architects Kleanthis and Schaubert and it was based on the neoclassical principles. By the beginning of the 20th century, the seaport of Athens, although it was the commercial “satellite” of the capital, it evolved into a self-reliant and remarkable regional center aligned with the European principles. 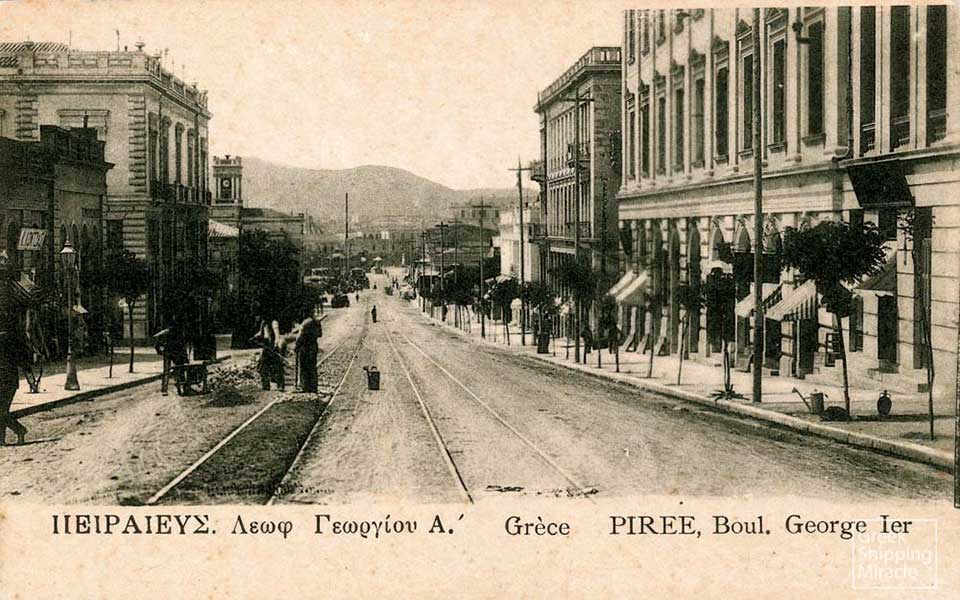 In the early 20th century, with the neoclassical element dominating public and private buildings, Piraeus exuded the strength and the aesthetics of the bourgeoisie and the shipowners who had their shipping offices here. With a large industrial zone, a clearly delineated sector of economic activity, extensive residential areas and a lively social and cultural life, Piraeus developed a strong and creative “local” consciousness derived by its mixed population. 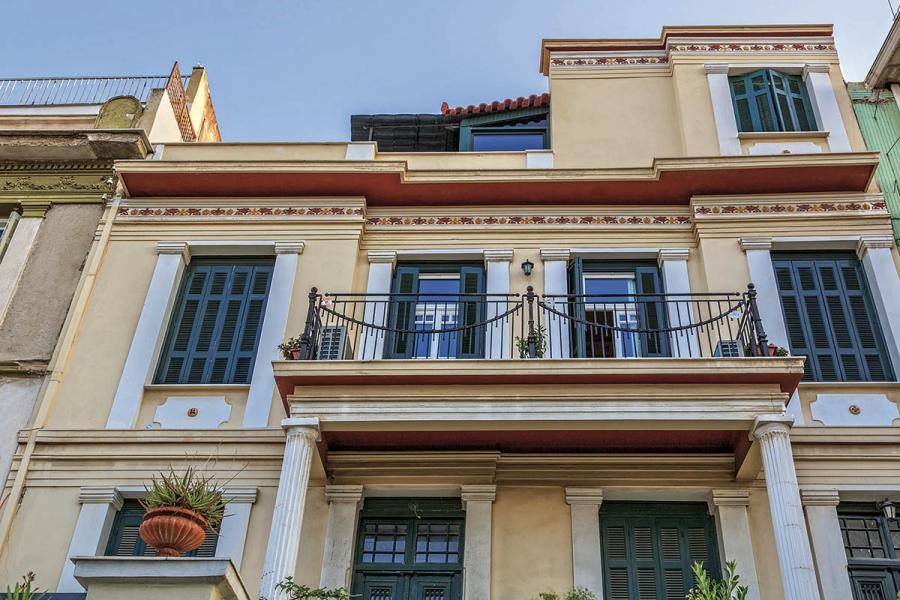 The physiognomy of the city was reflected on a multifaceted architectural identity and a distinctive urban aesthetic based on the co-existence of various building categories in association with the particular landform combining both urban and seaside elements. Permanent residencies and mansions built by the famous architect Ernst Ziller or other famous architects were constructed up to the end of the 1930s along the shores of Pasalimani, Freattyda and Neo Faliro, or on the hill of Castella overlooking the Saronic Gulf. These colonial style buildings hosted kings, prime ministers, industrialists, intellectuals and artists. 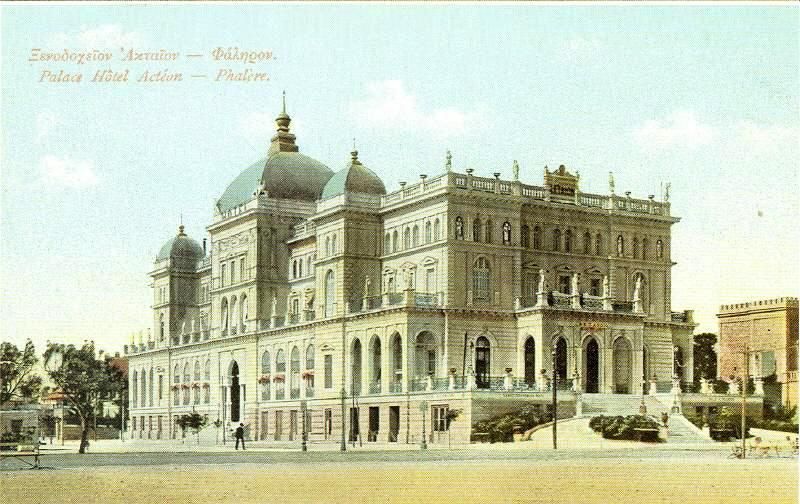 The emblematic hotel “Aktaion” built in 1903 by one of Ziller’s students, the architect P. Karathanasopoulos, on the coast of Neo Faliro. Severely damaged during WWII was afterwards gradually demolished.

The construction of these buildings was based on the classicist tradition, while also integrating elements of eclecticism. We can still see representative examples of this mixt architecture, in which High Neoclassicism and Popular Neoclassicism are articulated with polycentric eclecticism and picturesque architecture in a syncretism between the different morphological elements and the local architectural idiom. 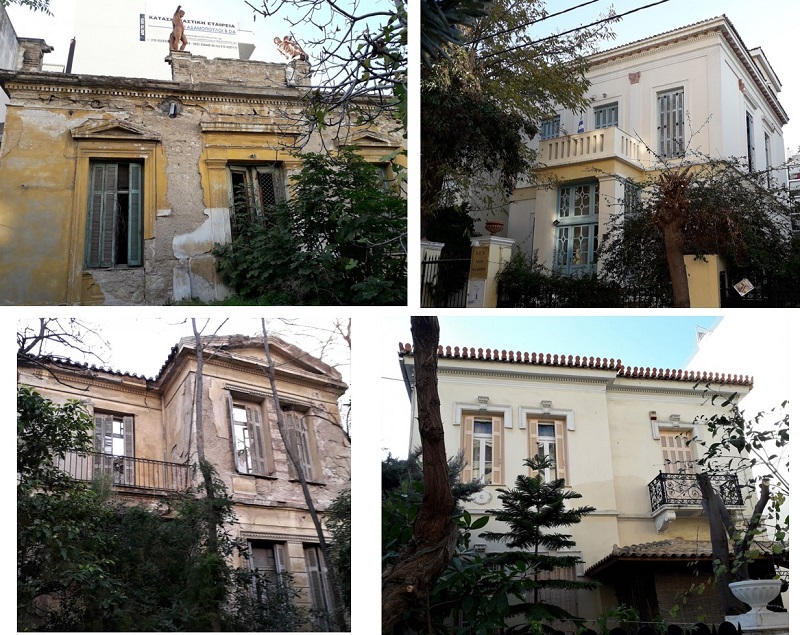 The social reading of the buildings of Piraeus is extremely interesting. The typologies of the buildings, the use of new materials, the obvious desire of the people of Piraeus to go beyond the Athenian architecture, the sometimes exaggerated aspects of the decorative elements, all show that the architecture is linked with the history of a place. The study of these buildings offers a great opportunity to explore, in space and time, the identity of the local architectural memory by linking it to broader geopolitical and social issues.

Monumenta has already made two pilot recordings in Piraeus, while it is in the process of gathering oral narratives about the history of the buildings from residents and proprietors. According to the head of Monumenta, Irene Gratsia, the organization aims to reveal all the stories regarding the life of the buildings and their proprietors, stories that are actually telling the story of the city. 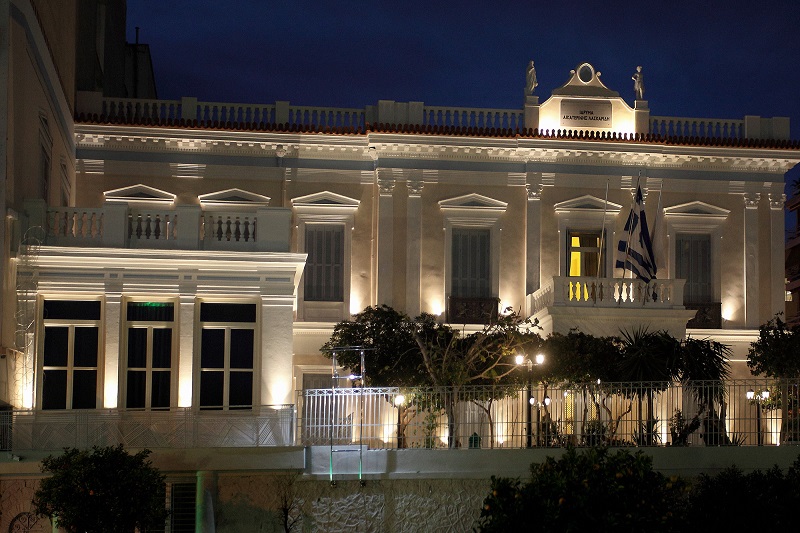 Neoclassical building (1907), originally owned by the merchant, banker and politician Georgios Stringos. Commanded during the occupation by the German troops, home of the Royal Navy Officers’ Club after the war and later seat of the French Institute of Piraeus. The building houses today the library of the Aikaterini Laskaridis Foundation – Source FB page Aikaterini Laskaridis Foundation

“Buildings are not made only by construction materials. They incorporate so many intangible elements such as the thoughts and the emotions of the people who designed them, who constructed them, who resided them or abandoned them” Irene Gratsia concludes.

Monumenta has been recording buildings along with oral narratives in Thessaloniki, Kalamata, Syros, Naxos etc while it has already successfully completed the registration of 11,200 buildings of the period 1830-1940 in Athens.

Sources:
PIRAEUS: A NEW CITY FOUNDED AT THE DAWN OF THE 19TH CENTURY, AROUND THE BIRTH OF THE GREEK STATE Moira, M. (2022), Design/Arts/Culture, 2.