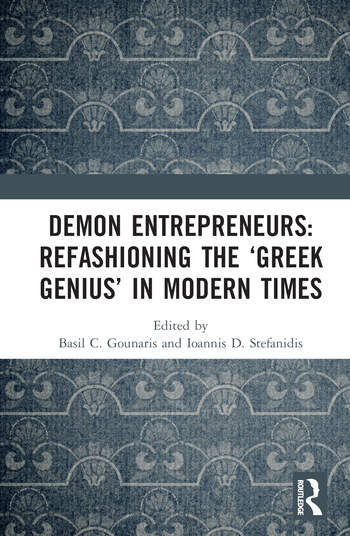 The ‘Greek genius’ or ellinikon daimonion appears as the combination of two stereotypes with a long pedigree: Homer’s ingenious Odysseus, triumphing with tricks over his foes, and Virgil’s ‘deceitful Odysseus’. The book “Demon Entrepreneurs: Refashioning the ‘Greek Genius’ in Modern Times” -a collective project involving a numerous and multi-disciplinary team, funded by the Hellenic Institute of Research and Innovation (ELIDEK)- intends to historicise the concept of the Greek 'genius' [daimonion], especially its entrepreneurial incarnation, from the early modern period to the present day. The book is edited by Basil C. Gounaris, Professor of Modern History at the Aristotle University of Thessaloniki and vice-chair (2021-23) of the Observatory on History Teaching in Europe, Ioannis D. Stefanidis, Professor in Diplomatic History at the Aristotle University of Thessaloniki. The authors and editors have sought to highlight this concept's importance for the standardisation of the ‘modern Greek character’, as it was perceived or reinvented in Europe; demonstrate how the daimonion was introduced and established as a positive self-stereotype in Greek society; define the transformations it went through and the criticism it received; and demonstrate the instrumental use of this concept in public discourse and in the quest for a model of economic development.

In its two-and-a-half-century-long history, this ‘genius’ has been regarded, in a romantic manner, as the quintessence of Greek entrepreneurship whatever shape or scale business has taken: the Mediterranean or overseas shipping and transport trade, banking and stock market activities, diaspora trade and networks (Balkan, European, global) or the individual struggle of any Greek retailer or shop owner. The book is divided into four parts: Beware of the Greeks: From Antiquity to Re-Discovery; A Nation of Geniuses; Exorcising the Greek Daimonionα and A Genius for all Time. We summarize from the book's intruduction by Professor Gounaris:

All Greek businessmen shared the same daimonion: from Ioannis Varvakis (1745–1825), the islander from Psara who became Catharine the Great’s favourite, to Baron Konstantinos Bellios (1772–1838), ennobled by the Austrian Emperor Francis I, and the international banker Andreas Syngros (1830–99), all tycoons and benefactors with exceptional visibility at home and abroad, to the infamous armaments dealer Sir Basil Zaharoff (1849–1936), the ‘merchant of death’, and the famous shipowner Aristotle Onassis (1906–75), every successful restaurant keeper in Astoria, every refugee from Asia Minor or Eastern Thrace who set or re-set up a viable workshop in the outskirts of interwar Thessaloniki or Piraeus, every Vlach-speaking peasant from the Pindus Range who became a baker or a confectioner in some Athenian neighbourhood in the 1950s, every young graduate of Informatics who invested in a start-up company together with their old schoolmates in 21st-century Greece. They are all genius (daimonioi); yet their intellectual talent, as a synonym for exceptional and multi-sided intelligence, more often than not, is not the product of education; it is charisma, an advantage they were born with; a talent which is used in various ways, not always morally impeccable, considering that successful business requires the ability to bypass or bend rules and regulations to achieve profit. The ‘Greek genius’, whatever way it is expressed or implied, is an ideological concept with its own history of construction. 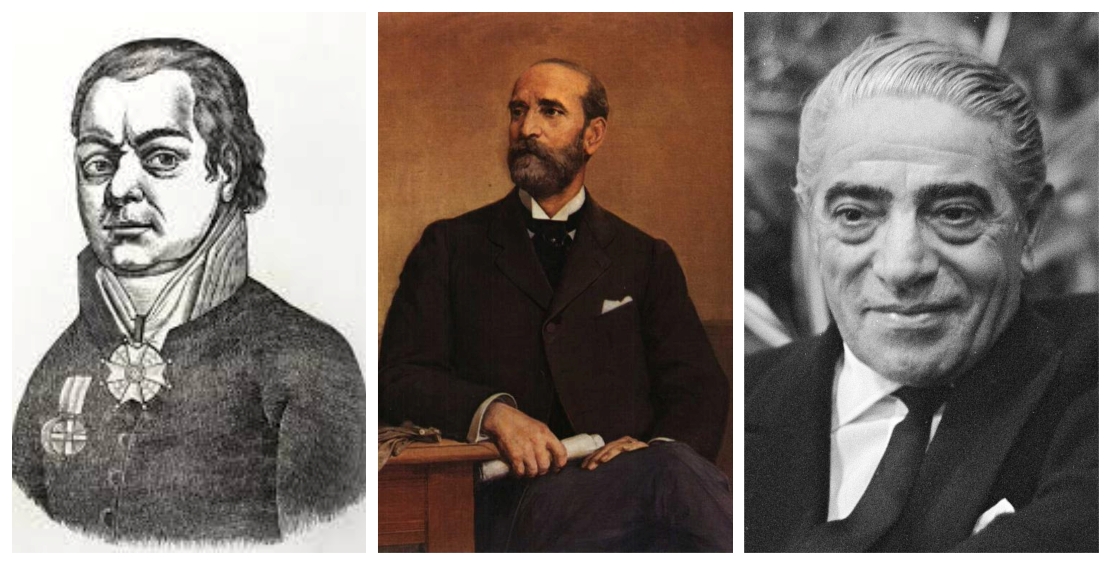 Tracking the paths of the ‘Greek genius’ or daimonion was not a simple matter. It concerns the shaping of perceptions of the ‘Greek character’ over the centuries, between the classical and medieval stereotypes and the empirical data in various European countries. It also concerns the idea that modern Greeks have cultivated for themselves – who they think they are and who they would like to be – through education, prose, popular culture, cinema and political discourse, on the other. The sources are plenty and of different types. Research was structured on the four sub-questions, corresponding to the four parts of the book.

The first part examines the English, French, central European, Dutch and Russian perspectives from the 17th to the 19th century. Dictionaries, literary texts and travel accounts, encyclopaedias, books, magazines and newspapers are used to document the trends. The emphasis is on the image of the Greeks, especially of the intelligent Greek retailers, in the public discourse of these countries. The second part of the book presents, first, how the educated Greek Diaspora of the 18th century highlighted the significant correlation between spiritual awakening and commercial success. It was the same bright spirit of the ancient ancestors, it was argued, that survived in the Greek naval and merchant class.

The third part of the book shows how the successful commercial daimonion was manipulated to comply with acceptable ethical standards, to refashion and justify the undesirable aspects of the genius’ cunning pathology and, most importantly, to detach it from financial success. One could argue that this second phase of the genius debate, from the second half of the 19th century onwards, was the consequence and the reflexion of the many misfortunes that the otherwise intelligent Greek nation was experiencing. Refashioning is happened through the study of religious discourse; the Orthodox Church of Greece endorsed Greek exceptionalism in general and its genius in particular.

Documentary/presentation of "Demon Entrepreuneurs: Refashioning the ‘Greek Genius’ in Modern Times” [in Greek, no subtitles]

Aesthetic transformations are traced the third chapter examining Greek prose: The daimonion becomes the agent of various pathologies of both sexes; it is dramatised and satirised, before being readdressed as a heroic, passionate and unfulfilled struggle, a kind of national Odyssey. Giorgos Theotokas’ oeuvre is deemed seminal in this respect. The satirical potential of the genius is what interests the Greek cinema which, as documented in the relavant chapter, highlights and accommodates the cunning exploits of petty crooks as a form of indirect social criticism in a period of political uncertainty (1945–74). To be sure, a similar outcome would have resulted had we attempted a similar analysis of the Greek image in the international pop culture and cinema, with Alexis Zorbas as a prominent symbol of the Greek spirit of adventure.

In the last part of the book, four chapters cover two centuries of public political-economic debate, parallel to the meandering course of the Greek economy and the adjustments of the genius ideology. Throughout this period the ‘Greek genius’, as aptitude for transactions or, in a broader sense, as expression of the Greek national spirit, was never in doubt. It was an integral part of Greek historicism to count upon, yet it transformed along with changing circumstances.

The main argument of the book is that the Greek demon businessman was not just a European perception of the Oriental subtle, shrewd, even unscrupulous retailer who prevails mainly thanks to his deceitful eloquence. After all, such perceptions did not exclusively concern Greeks or Orientals in general, but all trading minorities, such as Armenians and Jews, who play a critical and profitable role in transactions; nor it was a mere reflection of the superb and much-admired spiritual legacy of the ancient Greeks. Economic success, through trade and shipping, proved a prerequisite for the revival of Greek education and the ‘awakening’ of Greek national consciousness; or, conversely, economic success was a testament to the ‘inherited genius’ possessed by every Greek, indeed a way of overcoming local contradictory characteristics and stereotypes and consolidating a gifted integral nation. Above all, it was proof of the Greeks’ ‘glorious ancient origin’. This was an important ideological issue throughout the 19th century. The economic genius brought modern Greeks on a par with other European trading nations, not only because of their origin – who they once were – but also because of their modern achievements. The impressive Greek business networks constituted a new Greece, which in 1800 ‘breathed’ on the decks of Hydriot and other merchant ships crossing the oceans. 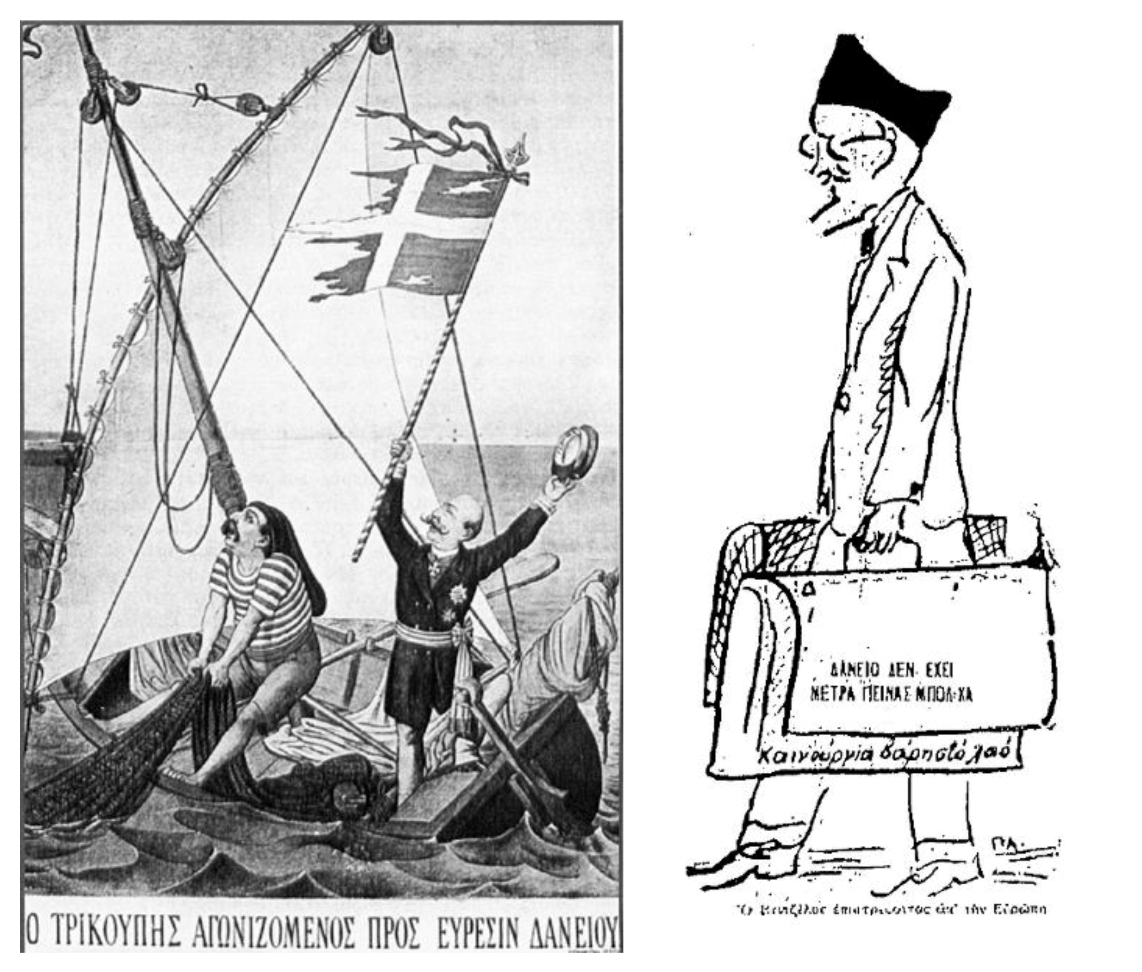 Appeals and references to the Greek business acumen increased during times of economic trumoil: [left to right] Caricatures depitcting prime ministers Trikoupis and Venizelos securing loans for Greece in 1893 and 1932 respectively

But this model, of the freedom-loving and enterprising nation that sought profit overseas, as much as it helped the recognition, independence, even expansion of the nation during the 19th century, was not compatible with social reality inside Greece, either before or after statehood. This elitist model had emerged from the diaspora and all its important bourgeois references, achievements and agents were to be found there, that is, outside Greece. Yet this model, first of all, downplayed the fact that Greek business performance and ethics were determined by another important factor, religion. Even when entrepreneurs were not very religious – which they were not – the ‘Christian way of life’, as the proper conduct of behaving, variously defined the ethos of entrepreneurial dexterity. Particular emphasis was placed on considerate profit management. Part of the profit ought to return to the family, the community of origin and, later on, to the nation, rather than nurture human vanity.

The model of the trading nation also overlooked that economic experience within Greece was different, intertwined with pre-modern guild ethics and profit-making practices. Success could be not only the result of the meteoric course of an individual trader and a bold investor in international stock markets, but also the product of collective work and fair distribution of shares, as had allegedly been the case with the community of Ambelakia, in Thessaly, and the Greek merchant navy; hence the subsequent idealisation of these two cases in school textbooks and in the public discourse. 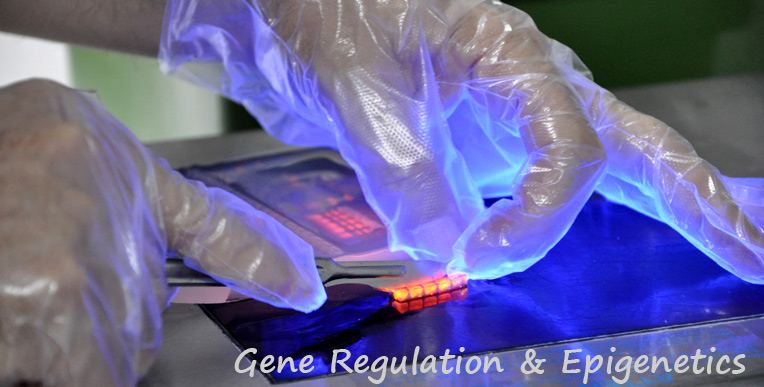 The migration of 'ingenious' educated Greeks or 'brain drain', could be construed as a ‘drain of Greek genius’. Efforts are being made to attract skilled professionals back to Greece. Image: FORTH Institute of Molecular Biology and Biotechnology in Crete

So, for the idea of the Greek business genius to work, it had not only to spread and inspire but also to adapt to Greek reality. This adaptation was the task of biographers and authors of educational textbooks after the middle of the 19th century. They adjusted the ‘Greek genius’ to local conditions with all the peculiarities that this process entailed and put it at the core of the recognisable national character which they had to compose and to describe in a lucid and inclusive manner. The Orthodox Church, for its own reasons, also acknowledged this special mental privilege of the Greeks.

The successful adaptation of the ‘Greek genius’ was also facilitated by its inevitable involvement in the tug-of-war between ‘East or West’, which has burdened the Greeks for centuries and has accumulated a huge bibliography. The verification of Greek exceptionalism through business activities acquired meaning and importance in the context of the western-oriented Greek Enlightenment and, subsequently, of a retail and cosmopolitan mentality. It also served, in both the 19th and the 20th centuries, to criticise the Greek state from conflicting angles: insufficient support or education to the naturally gifted and would-be entrepreneurs; its misuse as an alibi for reduced state-support and laissez-faire practices; and increased intervention in the economy which ruined a natural talent. Daimonion was the ultimate criterion.

But, in the end, the genius survived as a key element of the Greek. Genius in every form, successful entrepreneurship being its par excellence expression, or entrepreneurship as a vocation – paraphrasing Max Weber – being the pre-eminent presumption of intelligence, was set from the beginning and was preserved consistently as a basic and eternal Greek trait. It was adapted to fit the measures of the modern Greek, of his country and his identity, which, nevertheless, has two aspects, corresponding to Greece’s double profile as East and West. It could be argued then that the two contradictory versions of the genius, cunning and intelligent, coexist in the same person; they coexisted in the ingenious Odysseus, and they do so in every Greek.