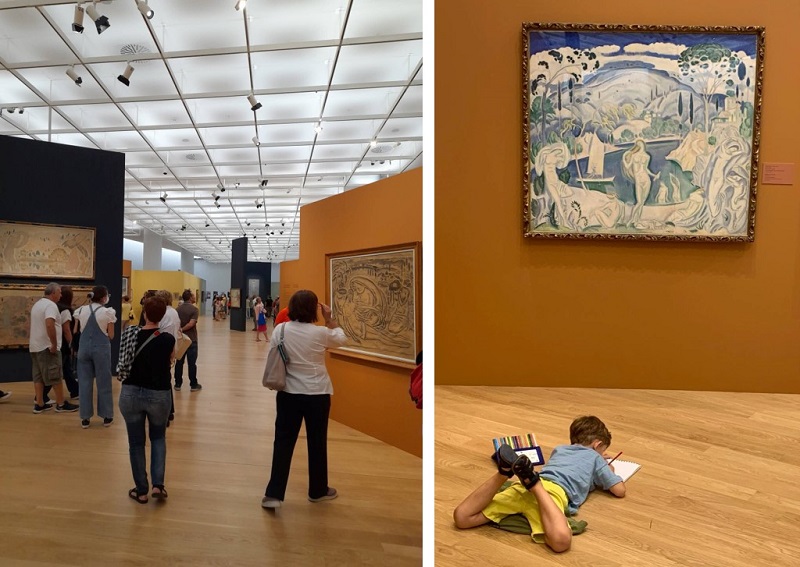 The new programme of the recently renovated National Gallery – Alexandros Soutsos Museum was presented in Athens along with the new vision of the Gallery’s director Syrago Tsiara. Through the motto ‘A National Gallery for Everyone’, the art historian Tsiara aims to bring the Gallery’s collections and history into a fruitful dialogue with the needs of today’s society and contemporary intellectual currents wishing to make the National Gallery more environmentally conscious, pluralistic, open and inclusive. 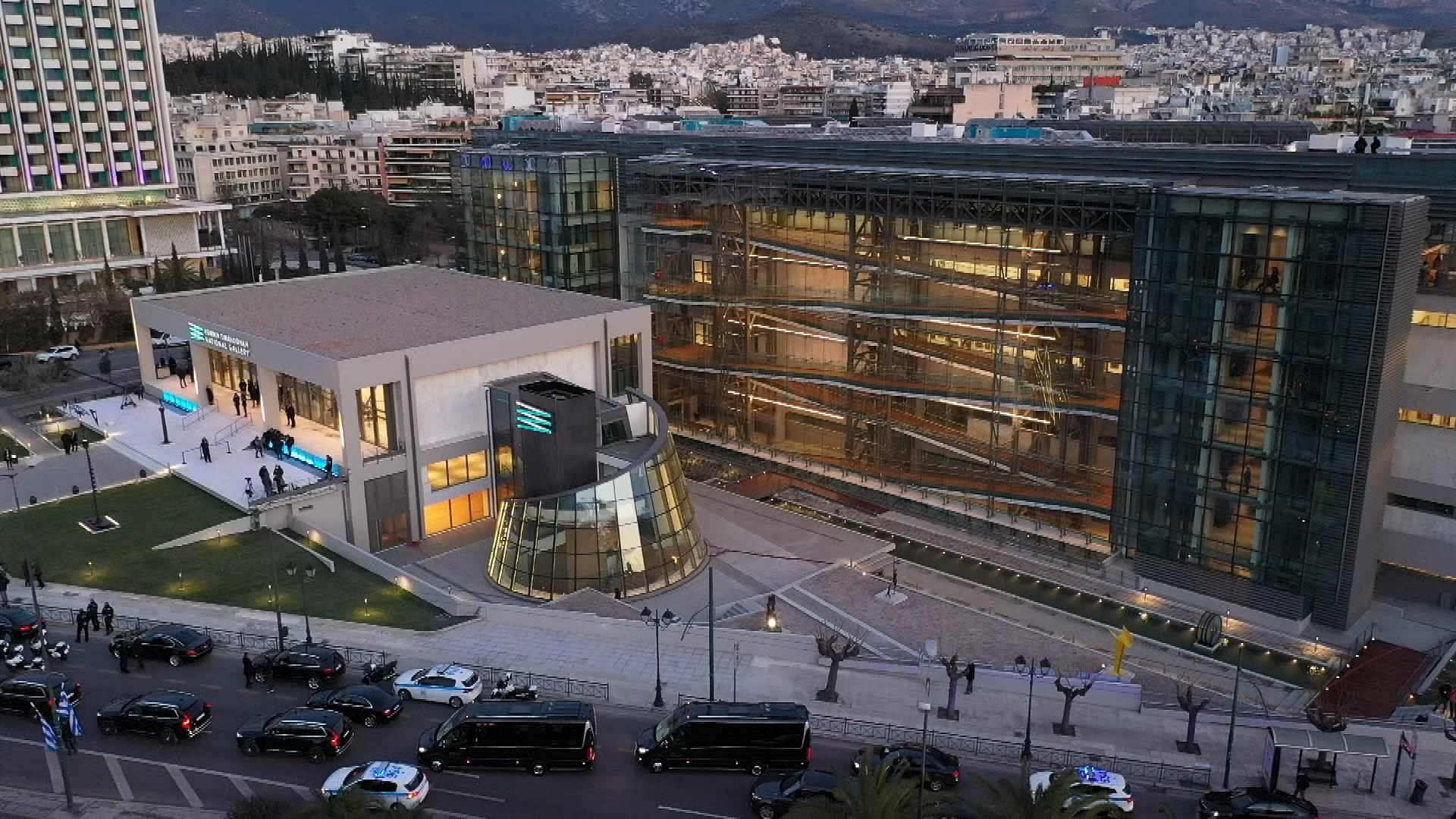 The National Gallery, founded in 1900, is the most important art gallery in Greece. With around 20,000 works of art including paintings, sculptures and prints, predominantly from Greek -but also international- artists, dating from the post-Byzantine era to the contemporary era the National Gallery is, without exaggeration, the guardian of the country’s art history. 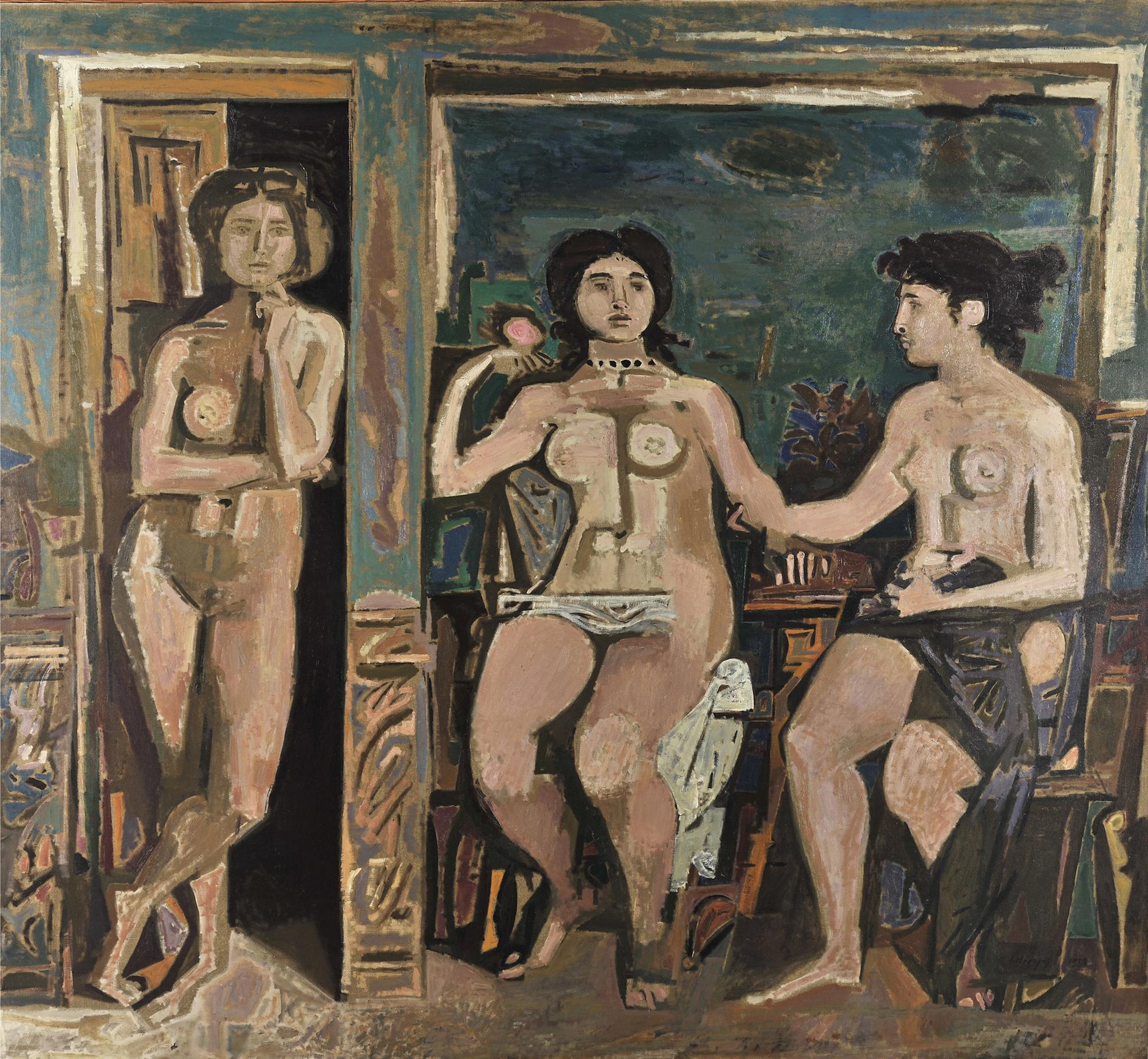 The new programme will move around the following axes: the overall planning of the exhibition and other artistic programming, the education of the public, the preservation, documentation, maintenance, management, study, exhibition and enrichment of the collections, the promotion of research, and the strengthening of the connection of the National Gallery with the artistic and scientific community. The attraction of new categories of public, the improvement of the Gallery’s daily operation as well as the support of operation of its annexes across Greece are also among the Gallery’s priorities.

Τhe following exhibitions, events and activities are included in the new programme:

Extension of the exhibition of Konstantinos Parthenis
- The exhibition “Konstantinos Parthenis (1878–1967) – Painting an Ideal Greece” dedicated to the oeuvre of one of the most outstanding figures of modern Greek painting, is extended until February 28, 2023.
- In this context, a scientific meeting on the impact of Theosophism on the Visual Arts will be held on January 13, 2023 in an effort to investigate the strong influence of this movement to artists such as Piet Mondrian, Kazimir Malevich and Konstantinos Parthenis.
- A theatrical performance, based on a historical text by Nikos Yokarinis from 1930, is the second event planned for February 2023. Its theme is the quarrels surrounding the artistic attitude of Konstantinos Parthenis, a psychographic and social study with a topical and timeless character. 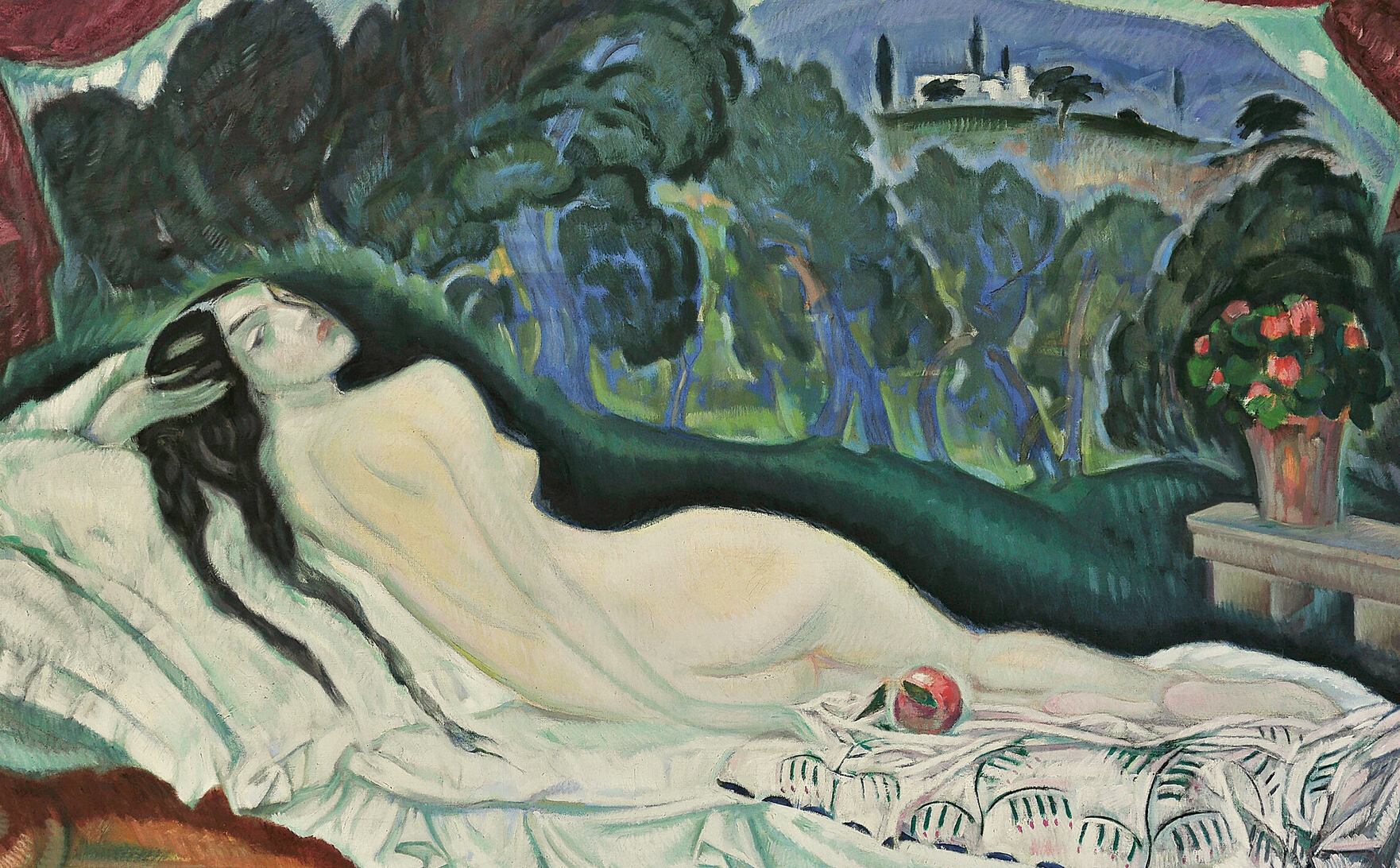 "Urban Experience" in the 1950s - 1960s - 1970s in visual arts and cinema (spring 2023)
A group exhibition of 45-50 Greek artists will be held in collaboration with the Greek Film Archive launching the new exhibition program in the spring-early summer of 2023. The exhibition treats the city as an experience, examines urbanization, reconstruction and immigration – internal and external – in the context of the rapid changes that occurred in Greek society after the war. Through an inter-sectoral approach, the exhibition aims to illustrate these changes through the relationship between the visual arts and cinema.

‘Democracy and Art in Greece, Spain and Portugal’ (2024)
On the occasion of the 50th anniversary of the restoration of democracy in Greece in 2024 the National Gallery will launch a major international exhibition on how artists were inspired by struggles against authoritarian regimes. The exhibition will be organized with the collaboration of museums and research institutions in Portugal and Spain as both these countries experienced a transition to democracy from authoritarian regimes in 1974 and in 1975 respectively. The exhibition will be framed by a conference, workshops, book presentations, screenings of documentaries and fiction films, public discussions and other activities, with the aim of exploring the variety, connections and particularities of artistic pursuits. 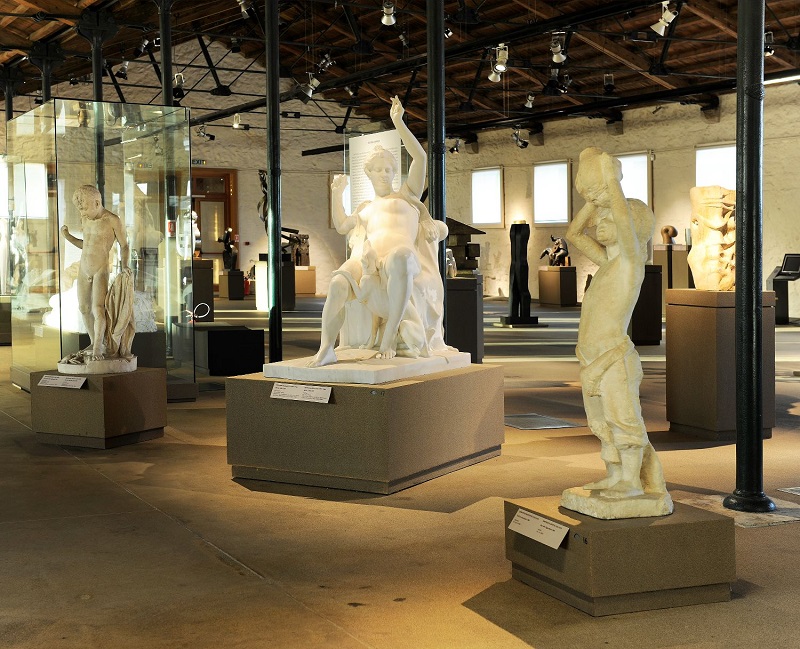 Re-opening of new exhibition places
The re-opening of the National Gallery’s Glyptotheque as well as the re-opening of the Library and Archive has also been announced along with the inauguration of the Western European Art Room where a total of 47 works will be on display. Among them we can admire the “Female head” by Picasso and the famous “Windmill” by Mondrian. After going through a conservation process which will be open to the public in a specially designed space, the French painter Charles-Louis-Lucien Muller’s ‘30 March 1814’ will also go on public view in the Western European Art Room in 2023. 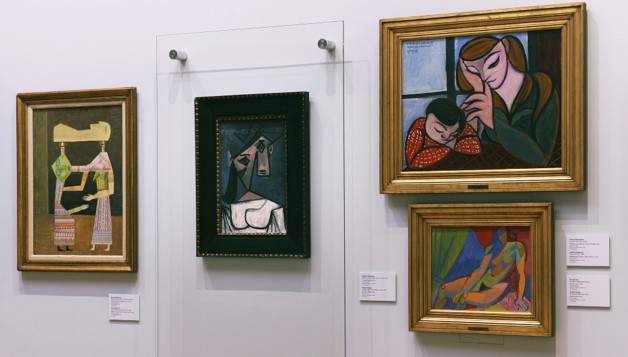 Special events at all National Gallery Annexes
From the Coumantaros Art Gallery in Sparta and the Kapralos Museum in Aegina to the Nafplion Annexe, the Corfu Annexe and the Contemporary Greek Art Institute (ISET), the National Gallery brings art into everyday life by organising exhibitions, workshops, guided tours and educational programmes that appeal to all. The aim is to strengthen the osmosis between the National Gallery and its Annexes. 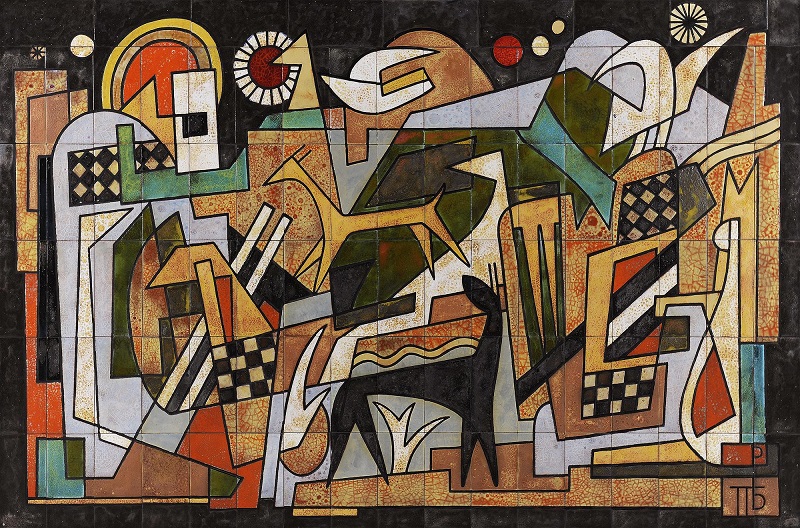 Educational programmes, programmes suitable for children, themed guided tours as well as guided tours in English addressed also to refugees in Greece with the aim to contribute to their integration into their new social environment are also planned. The goal of strengthening the National Gallery’s cooperation with cultural and educational organisations in Greece and other countries is also among the priorities of the new administration. ‘The National Gallery holds a leading position in Greece’s cultural life. In the future, it can, and must, increase its impact by undertaking international initiatives for artistic events and synergies on broader social, institutional and cultural issues, as well as by contributing to the improvement of the quality of everyday life’ said the new Director of the National Gallery Syrago Tsiara.