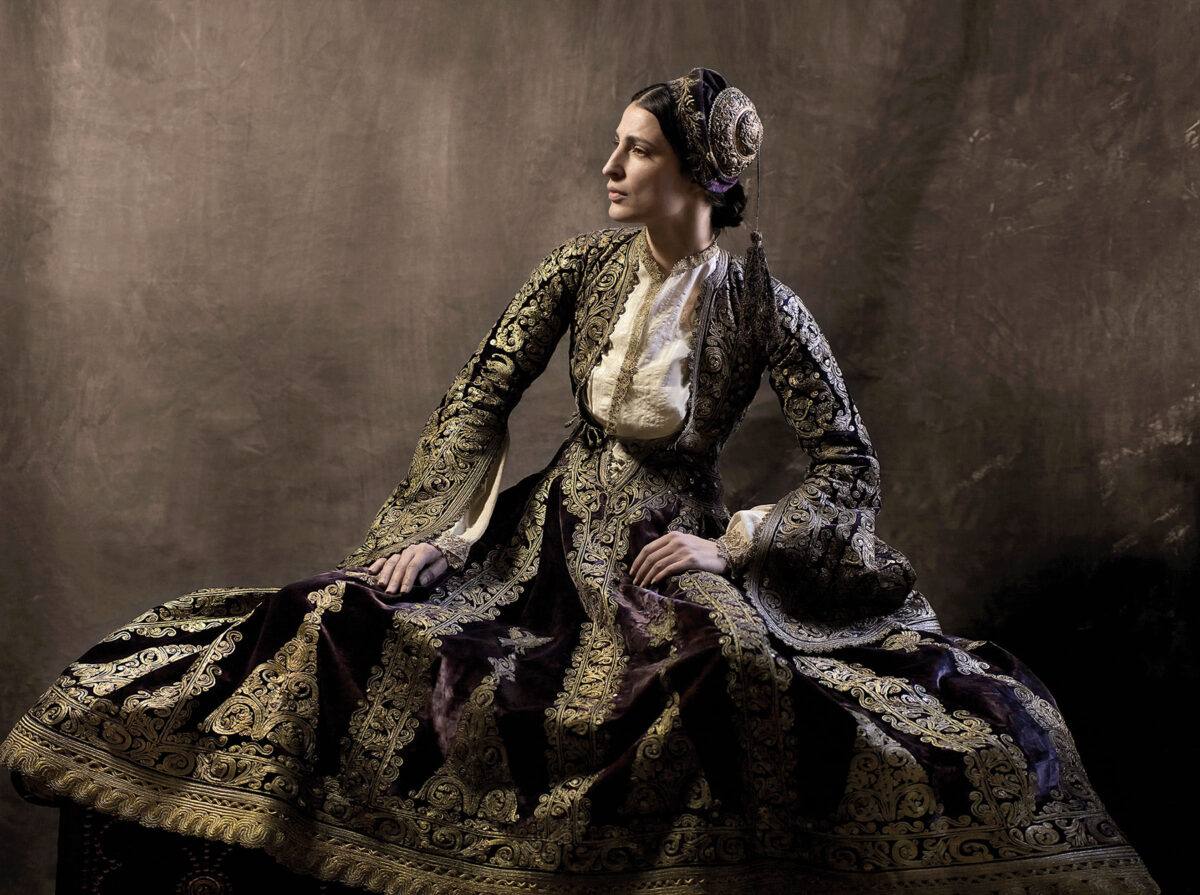 The Acropolis Museum in Athens, in collaboration with the National Historical Museum of Athens, is hosting the exhibition Raiment of the Soul , featuring 70 impressive photographs of Greek folk costumes from the 18th and 19th century.

Authentic folk costumes from various parts of Greece, mostly of the 18th and 19th century, from the rich collection of the National Historical Museum and of the Historical Museum of Crete (for the Cretan costumes), were worn by contemporary people and photographed by Vangelis Kyris; the photographs were then printed on fabric, and many details were highlighted and enhanced by artist Anatoli Georgiev through the use of embroidery; this has created a multi-layered final result, a fuller and vivid image that catches the light, creating innovative works of art. 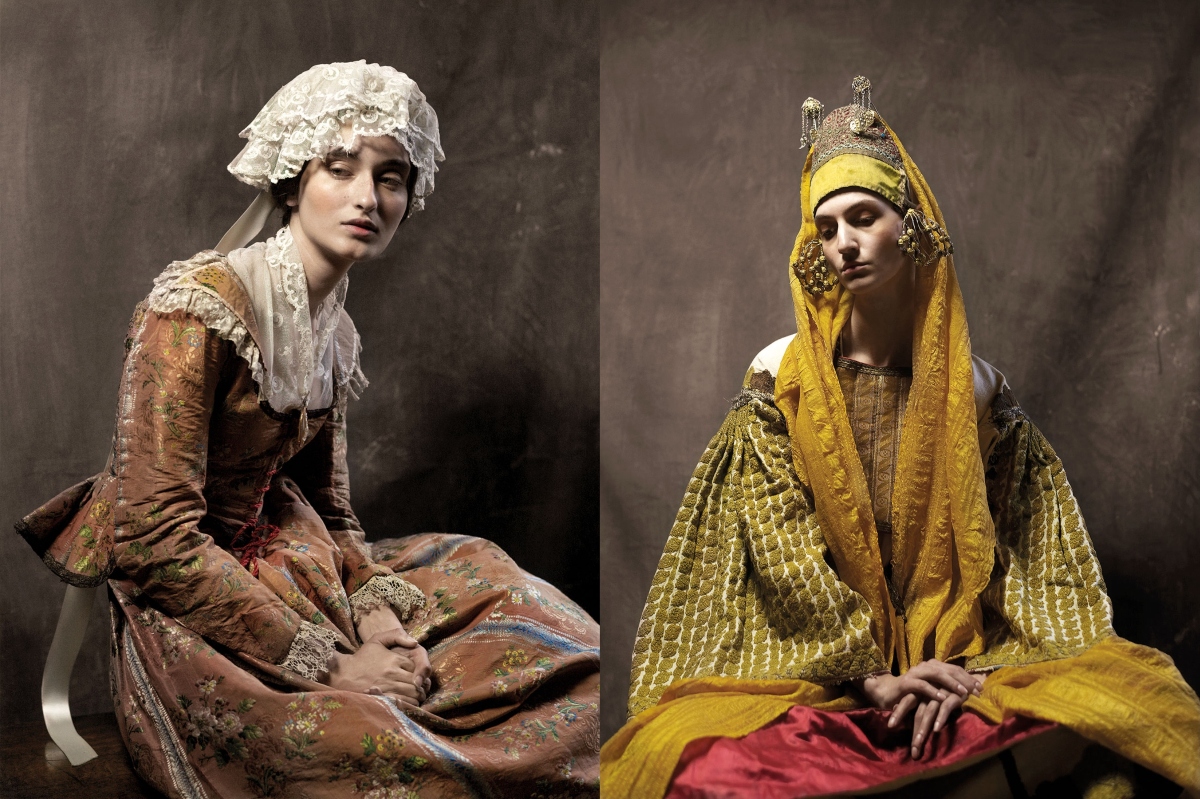 Costumes from the islands of Zakynthos (left) and Nissyros (right)

The exhibition was originally planned to be held at the National Historical Museum to mark the 200th anniversary of the Greek Independence War of 1821, but was postponed due to the COVID-19 pandemic. On the occasion of the 2022 centenary of the Asia Minor Catastrophe, the exhibition was, in the meantime, also enriched with folk costumes of the Greek-speaking populations of Asia Minor.

Raiment of the Soul is divided into five sections: clothes belonging to historical figures, traditional costumes from mainland Greece, costumes from the Greek islands and Crete, costumes from Cyprus and, finally, from the 'lost homelands' in Asia Minor. The first section includes clothes that had been worn by figures such as Yannis Makriyannis, famous hero of the Greek Revolution, Otto, the first king of Modern Greece, Rosa Botsari, courtier and daughter of revolutionary Markos Botsaris, and Euphrosyne Vasileiou (Kyra Frosini), a legendry beauty executed by Ali Pasha in the city of Ioannina. 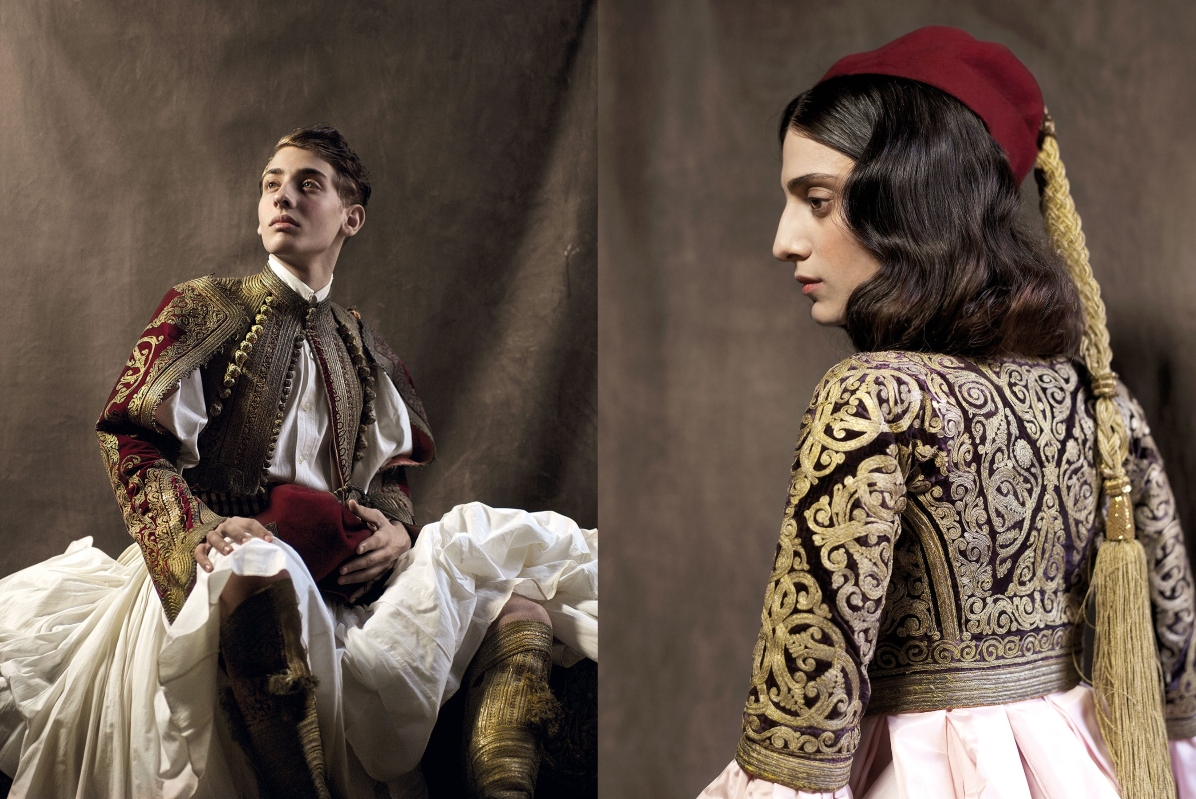 A few of the works featured in the show have been previously presented in smaller exhibitions in Kalamata, Hydra, Syros, Cyprus, Korea (Seoul) and Crete, each time with an emphasis on local costumes from the respective Greek regions. The comprehensive exhibition is currently hosted at the Acropolis Museum thanks to the support of the Marianna V. Vardinogiannis Foundation, the National Historical Museum and the Historical Museum of Crete.

The exhibition also includes two special creations that pay tribute to the antiquity: one is inspired by the Lady of Auxerre from the collections of the Louvre Museum in Paris, and the other is a reproduction of ornamental details from the Archaic statue of a Kore from the Acropolis Museum. The exhibition is under the patronage of the President of the Hellenic Republic. 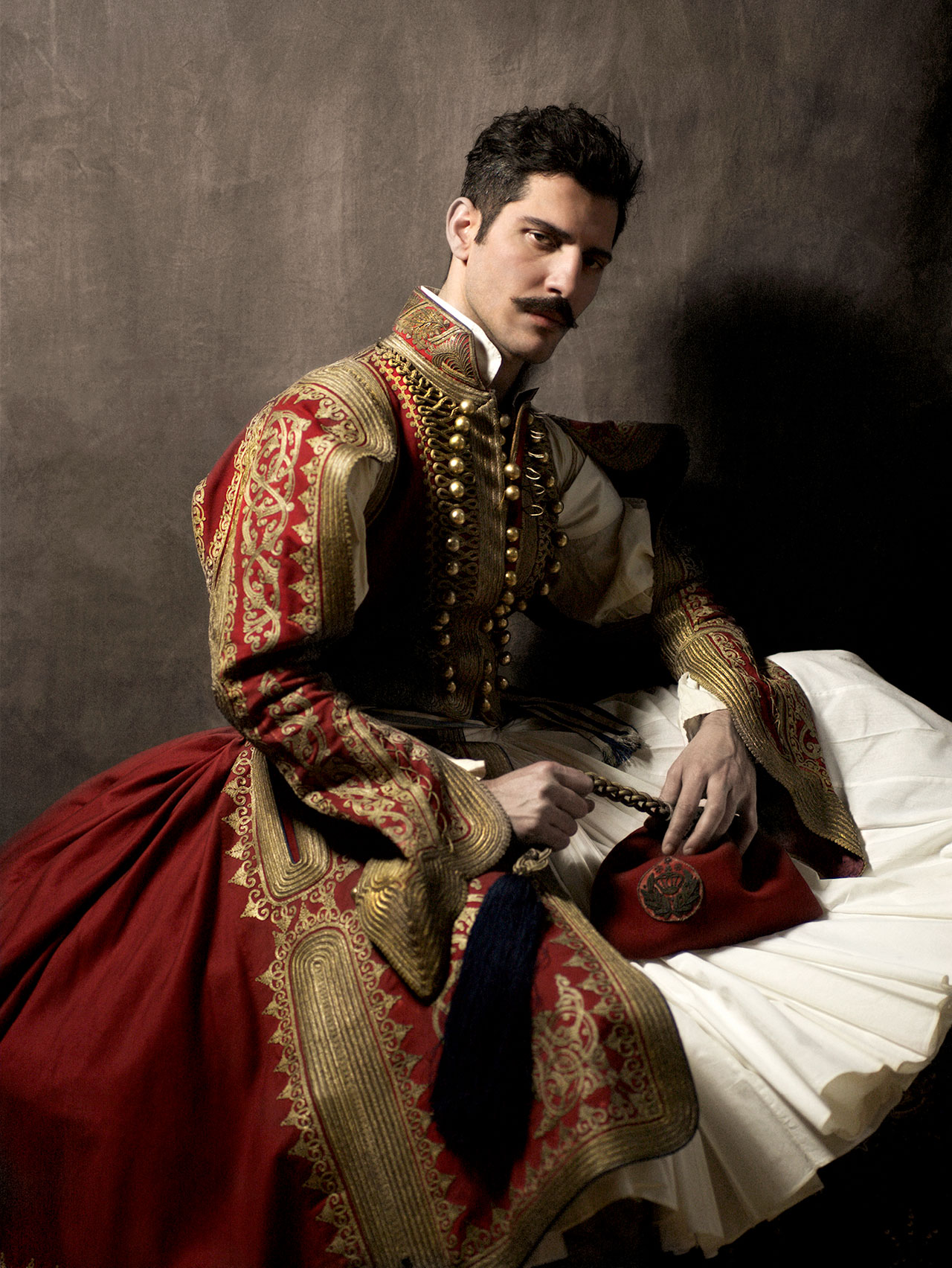 ''The focus of this exhibition is the traditional Greek costume. Simple or more elaborate, everyday or festive, with embroidery and gold decorations, it is not a simple garment. It is a complex semiotic portrait of the person who wears it" said President of the Republic Katerina Sakellaropoulou in her greeting at the opening of the exhibition.

Raiment of the Soul will run until 26 March, 2023, and has free entrance for the public; it is accompanied by a high-quality bilingual catalogue (in Greek and English.)