The world’s first botanical garden was created in Athens in the 4th century BC by Aristotle’s student, Theophrastus, considered to be the founding “father of botany”. In the area known today as “Votanikos” (that is, “botanical” in Greek) Bavarian botanist Karl Nikolas Fraas founded modern Greece’s first such gardens around 1840, a small section of which still survives thanks to the University of Athens; the Diomedes Botanical Gardens proper – a member of Botanic Garden Conservation International (BGCI) - is located a few kilometers westward, in Haidari neighborhood, constituting the largest garden of its kind in Greece and the Eastern Mediterranean area. 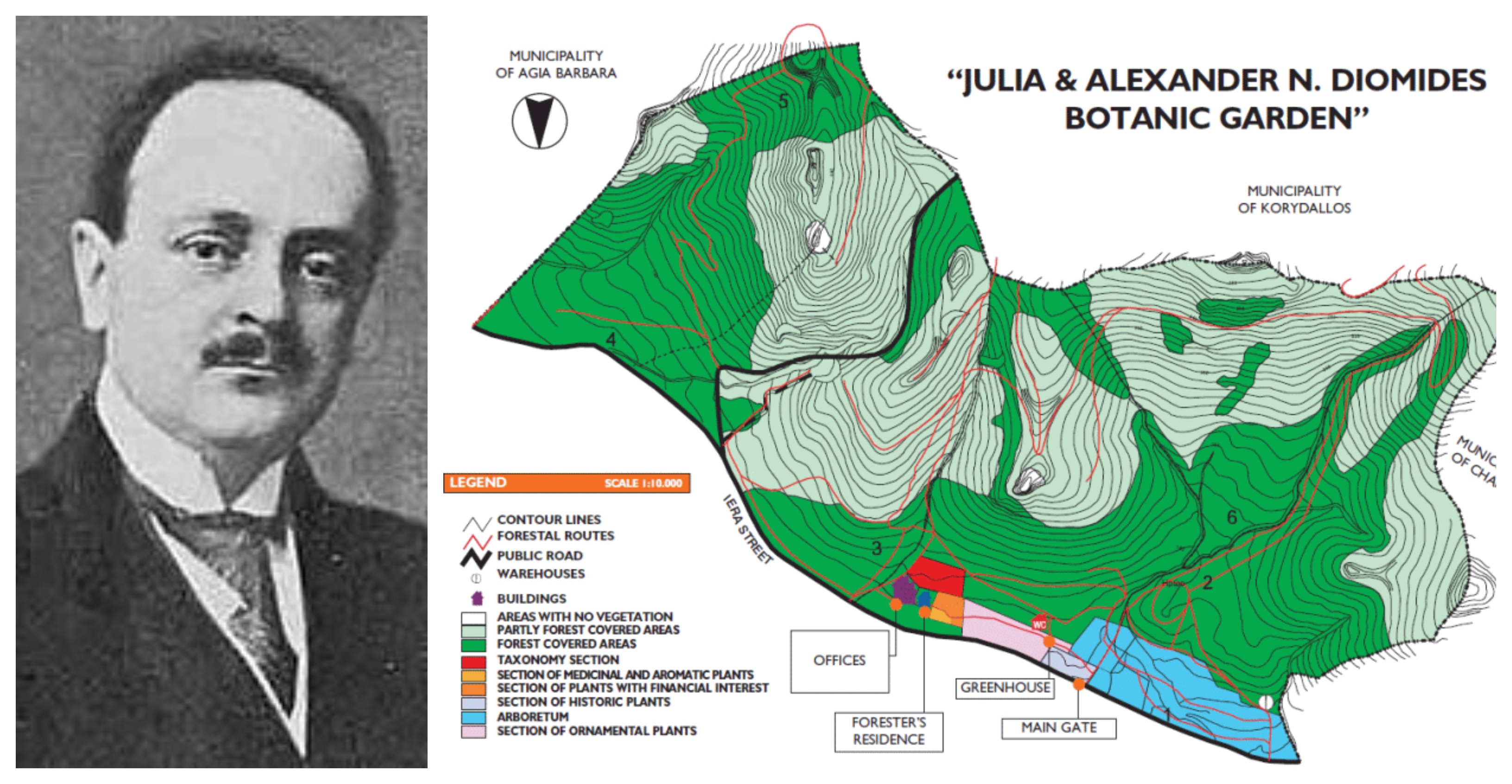 Named after its donor, the Garden’s history goes back to the 1950s when Alexander N. Diomedes (1875-1950) - head of the National Bank of Greece, first governor of the Bank of Greece, and a close advisor of Eleftherios Venizelos - along with his wife Julia -bequeathed part of their estate to the University of Athens with instructions to create the garden. Yet A Diomedes’ vision started being materialized only in 1961 when the Ministry of Agriculture granted a large forest area, today’s Botanical Garden.

Its design was overseen by Herta Hammerbacher, Professor of Landscape Architecture at TU Berlin, and major parts of the work were completed in 1975 when the Garden first opened its gates for the public. Today, the Garden features several new sections (an arboretum, an aromatic and herbal plants section, an historical and an ornamental/decorative plant area), a network of 25 ponds and paved paths, playgrounds, and greenhouses, as well as laboratories and administrative buildings. 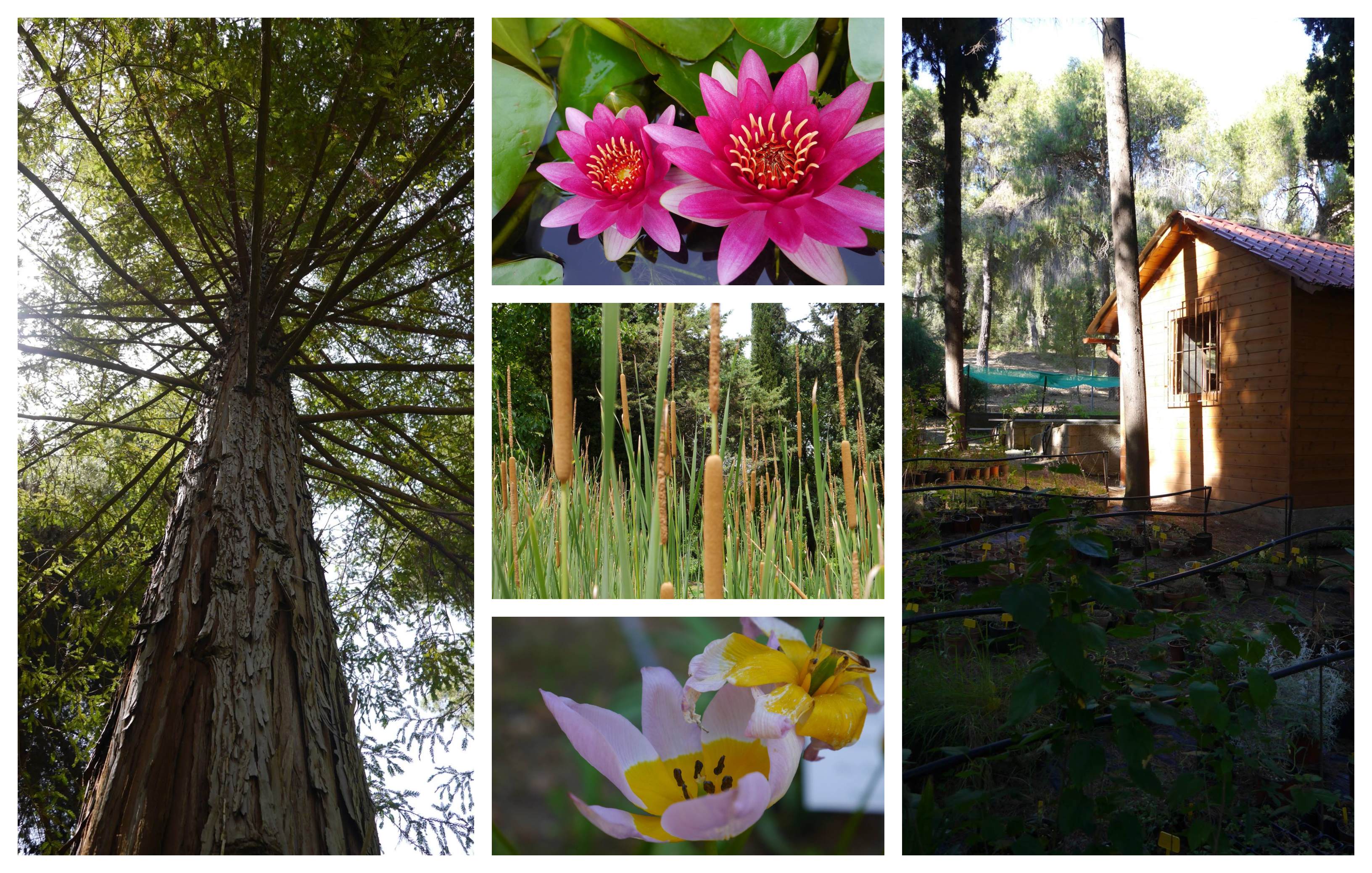 Stretching over 200 hectares, the Diomedes Garden grounds are home to a rich ecosystem containing more than 500 species of flora. Of special interest to experts and amateur aficionados alike is, among others, the endemic chasmophyte plant, growing in the crags of the garden’s limestone hills. In the Garden’s herbarium are over 19,000 dried plant samples, the majority of which were collected from nature reserves, while the foundation’s Genetic Bank hosts gametes from more than 800 species.

Special mention should be made to the historical plants' section, a feature which is unique among botanical gardens around the world, as visitors can find plants mentioned in Greek mythology, in the Old and New Testaments, and in the texts of ancient authors, including plants such as hemlock (Conium maculatum), used to put the philosopher Socrates to death or the giant fennel (Ferula communis) in whose stalk Prometheus concealed fire stolen from the gods. 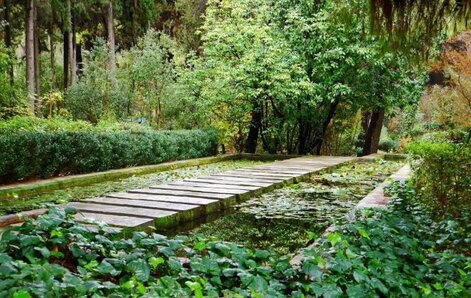 However, the most charming part of the garden is perhaps its ornamental/decorative plant section, featuring paved areas, pergolas, and benches for rest breaks and quiet contemplation; its highlights include beds of dahlias (Dahliax pinnata) and irises and narcissi of different species, adding splashes of color year-round, as well as a rose garden, with more than 100 different types of roses. Also noteworthy is the path through the bamboo forest, where visitors come to a pond with stepping stones that will make them think they’re walking on water.

Besides being a botanical garden, the area is also a natural habitat for local fauna. In fact, the Diomedes Garden functions as a wildlife sanctuary and has designated an area for use by the non-profit association ANIMA, to help with the reintegration of rescued wild animals into their natural environment. Moreover, the Garden functions as an ideal real-life lab for students of Biology at NKUA and the Agricultural University of Athens, with numerous research projects carried out on its grounds. Though the Garden’s greatest contribution is its ability - through the Environmental Awareness Center which is located in the park- to raise awareness on the importance of environmental preservation and the protection of endangered species by offering schoolchildren and visitors educational programs and guided tours. 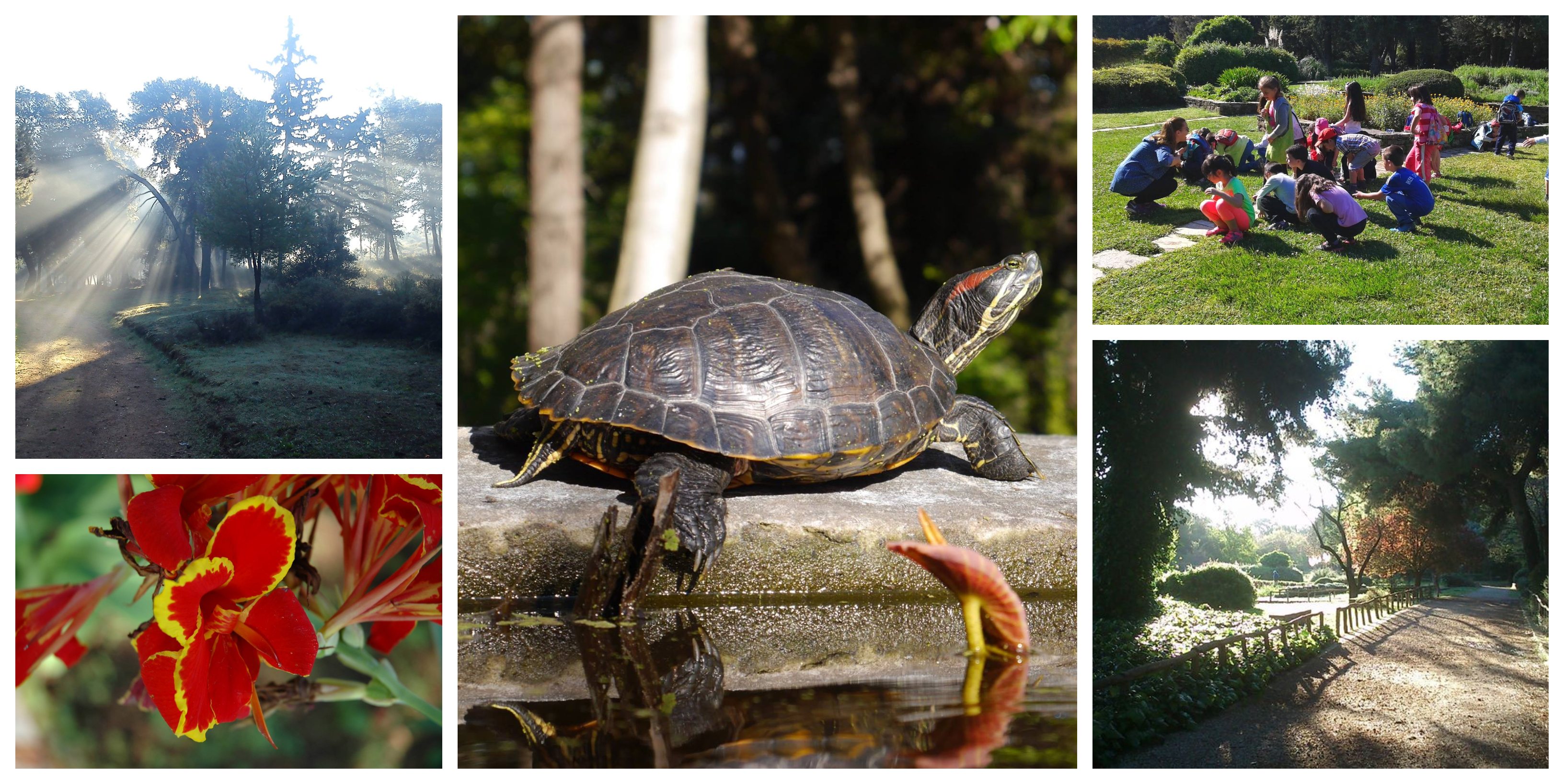 Thus, whether you are a plant lover or simply looking for a quiet and tranquil spot to escape the hustle and heat of Athens city, the Diomedes Botanical Garden could be the ideal spot for you. Last but not least, to add a bit of history to the trip, you can also visit the stunning 11th-century Daphni Monastery just outside of Diomedes’ Garden grounds, a monument that was inscribed on UNESCO’s World Heritage List in 1990.

See also on GNA: The National Garden: An Oasis in the Heart of Athens;  Exploring the Syngrou Estate, Athens’ Hidden Gem where Nature meets History, Pedion tou Areos – A park dedicated to the heroes of the Greek Revolution of 1821; The Monastery of Daphni: retracing the city's Byzantine past; Arts in Greece | The First Cemetery of Athens, an open-air "museum", Greece's UNESCO Global Geoparks