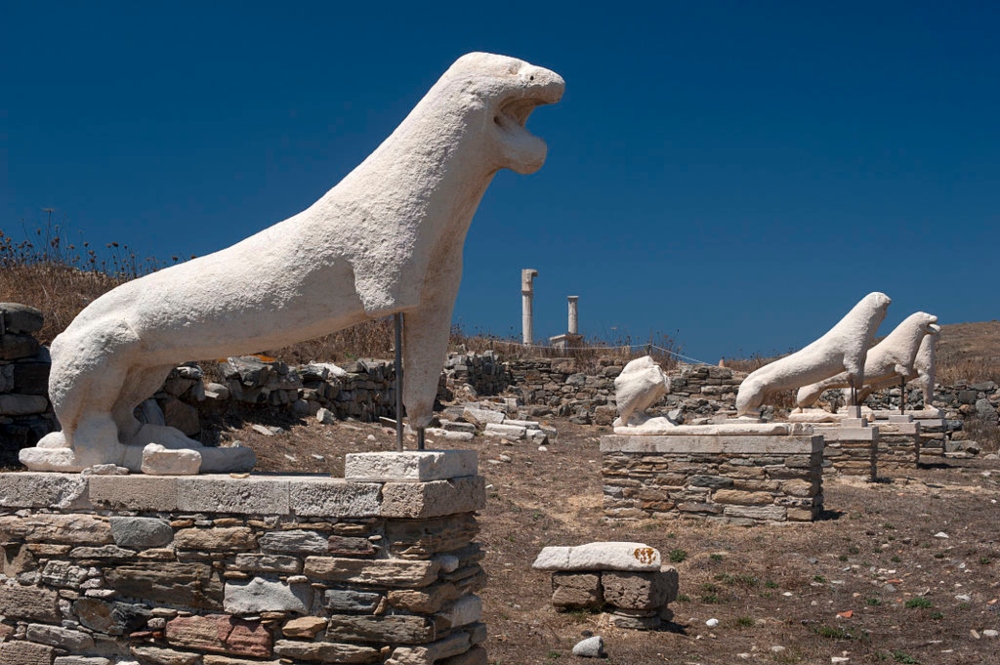 Delos is a small, rocky island in the centre of the Aegean Sea; and yet, for the ancient Greeks, it was considered as "the most sacred of all islands" (Callimachus, 3rd century BC). Virtually uninhabited, the island is located close to Mykonos, and its entire surface is one vast archaeological site. In 1990, the site of Delos was inscribed on UNESCO’s World Heritage List.

According to Greek mythology, Delos was the birthplace of the twin gods Apollo and Artemis gods (among other things) of the sun and the moon, respectively. Their mother was Leto, the daughter of a Titan, and their father was Zeus, the king of the Olympians; the latter’s wife, Hera, jealous after finding out about Leto’s pregnancy, banned her from giving birth on solid ground. 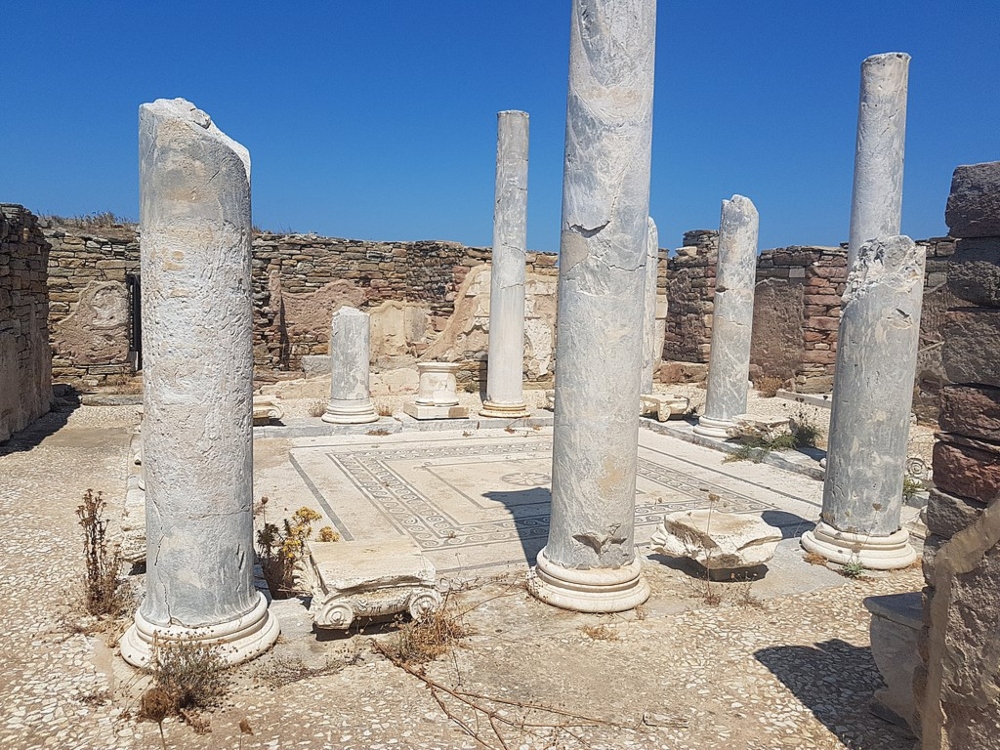 Shunned from every place on earth, Leto eventually found herself on the small barren island that suddenly emerged from the sea, not being attached to the bottom of the ocean and, thus, not counting as "solid ground". Appropriately, the island’s name comes from the verd deloo "to declare, to show".

Leto gave birth while clinging to an olive tree on the Mount Cynthus. One of Artemis’ famous epithets, Cynthia (now popularised as a given name) originates from that hill, while one of Apollo’s most famous epithets is also Delian. 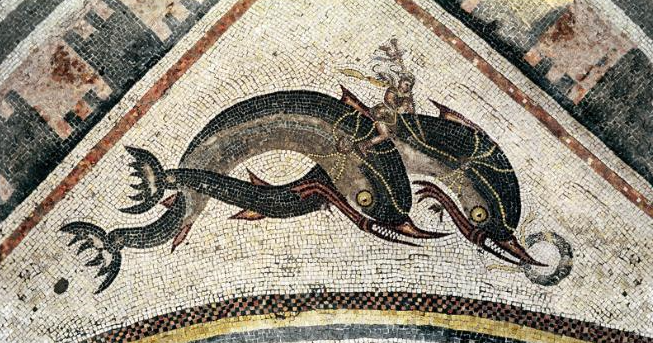 The island was first settled in the third millennium BC by pre-Hellenic populations. The Sanctuary to Apollo was established at least since the 9th century BC. It was initially a place of religious pilgrimage for the Ionians, until it acquired the status of a Panhellenic sanctuary.

On the island, everything revolved around the sanctuary of Apollo, which was the seat of one of the most ancient amphictyonic leagues (religious alliances) in Greece, existing since at least the 7th century BC. The nearby islands of Naxos and Paros and the city-state of Athens all sought to consolidate their influence over Delos. In a move to affirm his authority over the sanctuary, the Athenian tyrant Peisistratus ordered a "purification" of the site in the mid-6th century; this meant removing the old graves that were close to the temple. 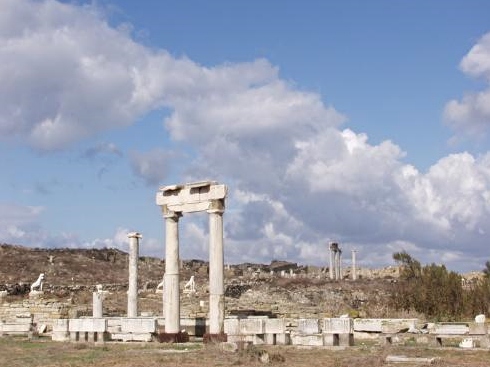 The Agora of the Italians, end of 2nd century BC (Photo P. J. Chatzidakis © Ministry of Culture and Sports)

By the 5th century BC, the original Delian amphictyony was in decline and, in 478 BC, it was replaced by the Delian League, an association of Greek city-states under the leadership of Athens. The League's treasury was initially hosted in Apollo’s temple, until Pericles transferred it to Athens around 454.

In 426, during the Peloponnesian War, Athens again issued a decree for a full "purification" of the island, this time relocating the graves to the nearby small island of Rineia; they also forbade anyone to be born or die on Delos, so pregnant women and people on the cusp of death were also to be transported off to Rineia. Finally, in 422 BC, the island’s entire population was moved to Athens. 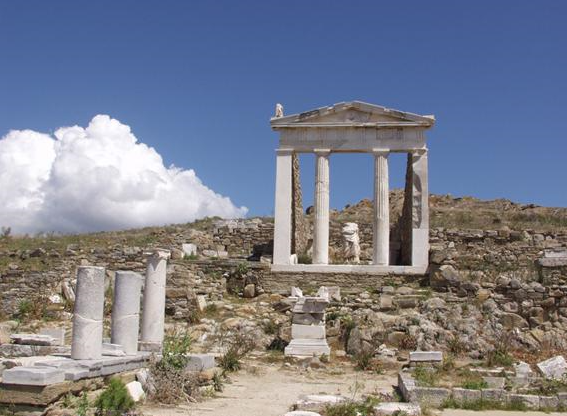 At the same time, the Athenians also restored the Delia festival, an ancient quadrennial panegyris dedicated to Apollo, originating in the period of the first Delian amphictyony. Altough Delia had fallen out of practice by then, in 426 BC –following the island’s second expiation– festivities in honour of Apollo were revived, this time under the superintendence of the Athenians, as a means to assert their dominance over the Aegean islands. It included athletic, equestrian and musical competitions, dances, theatrical performances and banquets, and was a major event for the ancient world. A smaller, yearly festival, known as lesser Delia, and called Apollonia by the locals, was also held at the sanctuary.

In 314, Delos regained its independence, and also became the religious centre of the League of the Islanders, a federal league of the Cycladic islands founded by Antigonus I Monophthalmus, a Macedonian general and one of the successors (diadochi) of Alexander the Great. During this period, majestic buildings and statues were erected on the island by the Hellenistic dynasties, such as the Antigonids, the Ptolemies and the Attalids. 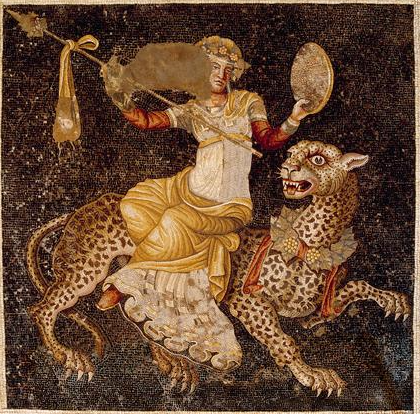 House with the Masks; detail of the mosaic floor depicting Dionysus riding a panther, 2nd century BC (Photo P. J. Chatzidakis © Ministry of Culture and Sports)

Following the Third Macedonian War (171–168 BC), which ended in Roman victory, the rule of Delos was once more turned over to Athens; the locals were again exiled and Athenian settlers were sent in their place. The port of Delos was designated a tax-free zone by the Romans, who wanted to create a competitor for Rhodes – an important commercial centre at the time. During this second Athenian domination (167-69 BC), Delos became a busy cosmopolitan trading port, which also contributed to the considerable growth of its population.

The island was sacked in 88 BC by the troops of Mithridates VI Eupator, king of Pontus, who was at war with Rome, and again in 69 BC, by the pirates of Athenodorus, an ally of Mithridates. Following that, Delos was gradually abandoned and eventually fell into decline. The island remained sparsely inhabited for several centuries, before it was ultimately ruined by pirates and foreign invaders and completely deserted.

Archaeological excavations began on Delos in 1873 by the French School at Athens, and are still ongoing today. Until WWI, archaeologists prioritised the task of clearing large areas in the zone of the Sanctuary and on the northern slopes of Mount Cynthus. In 1894 and 1907, two archaeological maps of the island were drawn up, and a study of its physical geography was also conducted. 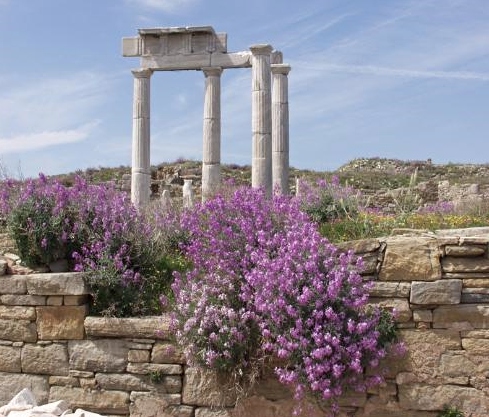 The Establishments of the Poseidoniasts from Beirut, 2nd century BC (© Ministry of Culture and Sports)

From the 1920s, the researchers’ efforts were focused on the study of monuments, batches of equipment and inscriptions discovered in the previous decades, and exploratory research concentrated more on buildings than groups of monuments. A series of large residences were uncovered in the 1960s and ‘70s, and a number of one-off excavations of monuments have been carried out since the 1980s. Ongoing work takes place under the direction of the Ephorate of Antiquities of Cyclades.

The excavations have so far identified the following quarters: the Sanctuary of Apollo and its surroundings (which include the Agora of the Delians and the Agora of Theophrastus); the Sacred Lake Quarter (which encompasses the Agora of the Italians and the famous Terrace of the Lions); the Theatre Quarter; the Inopos Quarter, where the Heraion is found; and the Stadium Quarter. 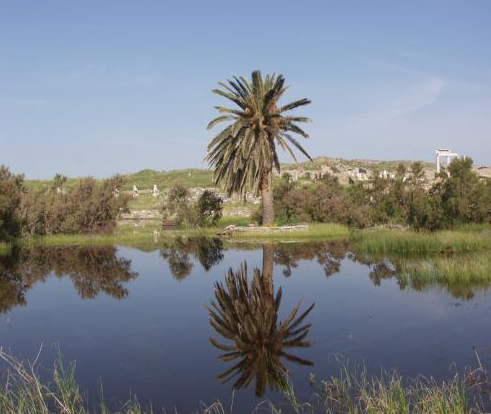 The Sacred Lake (2003 © Ministry of Culture and Sports)

In recent years, numerous projects have been carried out at the site, with funding from the European Union and the Greek State. The main objective has been the conservation of the monuments and the creation of paths for visitors, to ensure access to the entire archaeological site, especially for people with reduced mobility.

In 1990, Delos was inscribed on UNESCO’s World Heritage List; among the criteria for its inclusion was its considerable influence on the development of architecture and monumental arts during the Greco-Roman period, along with the fact that, being uninhabited since the 7th century AD, it has preserved the integrity and authenticity of the outstanding ancient ruins.

Read also via Greek News Agenda: Antony Gormley installation on the island of Delos; Ancient Athenian & Attic Festivals; Temple of Apollo Epicurius at Bassae; Vravron and the cult of Artemis; The archaeological sites of Mycenae and Tiryns; Acrocorinth: The mythical acropolis; The medieval city of Rhodes

N.M. (Based on an article published in Punto Grecia; additional sources: French School at Athens, Ministry of Culture and Sports, UNESCO; image: Terrace of the Naxian Lions, end of 7th century BC [by Ggia via Wikimedia Commons])