Beautiful Athens by Night: The Capital of Greece among the World’s Top 3 Cities to explore after dark

The capital of Greece, Athens, is among the world’s most beautiful cities to explore by night, as recently reported in the media. More specifically, the leading UK-based hotel chain Premier Inn counted the number of Instagram posts that used the hashtags #[city]bynight for cities in the UK, USA, Australia, New Zealand, Europe, Africa, South America, and Asia.

According to the report’s results, it was mainly European cities that dominated the list with only a few exceptions (such as Dubai, New York, and Tokyo). When it comes to the Greek capital, it gathered a total of 182,000 Instagram hashtags for #Athensbynight - following Paris and London- thus ranking 3rd in the world and 2nd in Europe among the most popular cities to explore after dark. It is also worth mentioning that Thessaloniki– Greece’s second-largest city – is among the top 20 cities on the same list (ranking 17th with 34,500 hashtags). 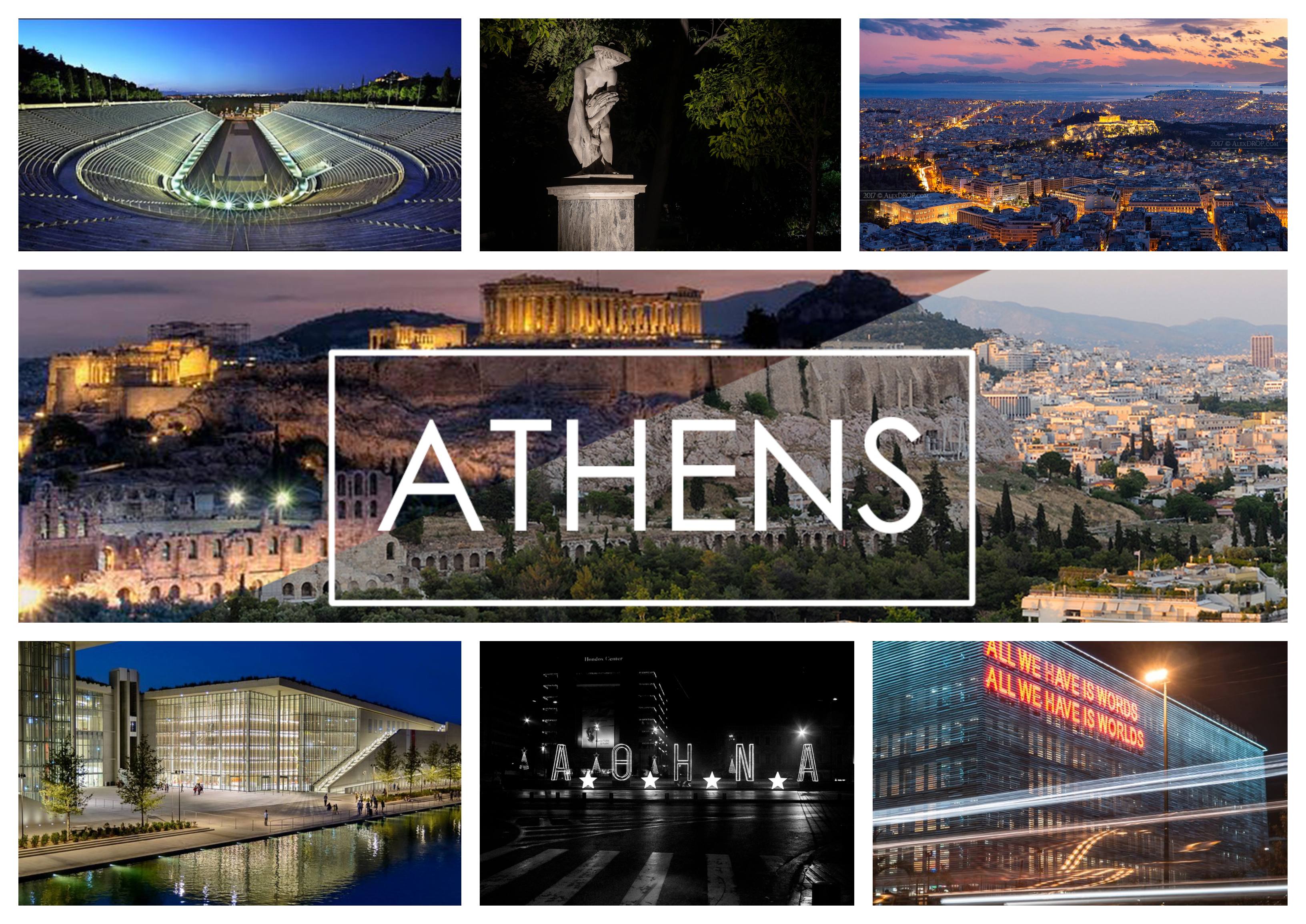 Athens by night: some highlights

It would be no exaggeration to say that Athens is a city that never sleeps, bustling with life and offering countless options of nightlife entertainment. In fact, late nights are a big part of the sociable, impulsive Athenian lifestyle. Taking a stroll around the historical center of the city is a must for locals and foreign visitors alike; but as nice as it is to walk in Athens by night, it is also nice to enjoy it from on high, as it looks like an illuminated labyrinth whose lights flicker from time to time.

More specifically, some of the most famous places that offer a panoramic view of Athens, stretching out to the city’s coastline, are the Lycabettus hill-the highest point in the city center, that is 277 meters above sea level- and Filopappos, a green area lying in the heart of the city, also known as the hill of the Muses,  because of a 5th century BC sanctuary dedicated to the poet and prophet Musaeus. The view is best enjoyed at sunset whilst waiting for some of the city’s historic monuments to be illuminated, adding their own touch of magic to the picturesque scenery.

Among the beautifully illuminated Athens’ sites and monuments are the Parthenon temple, the Ancient Agora and the temple of Hephaestus, the Temple of Olympian Zeus, the  Zappeion Mansion (Athens’ emblematic conference and exhibition center), the so-called Athenian Trilogy (consisting of the University of Athens, the Academy, and the National Library) as well as the Panathenaic Stadium, also known as Kallimarmaro (home of the first modern Olympic Games).

Watch video: The New Lightning of the Acropolis, an audiovisual production by the Greek Ministry of Culture

Special mention should be made to the Athenian Acropolis that was recently illuminated by a new lower-energy lighting system intended to reduce light pollution while using a variety of colors and intensities to highlight the three-dimensional nature of Greece's sacred hill and the Parthenon. The system was created by the renowned lighting designer Eleftheria Deko, who has been awarded an Emmy for the lighting of the opening and closing ceremonies of the Athens Olympic Games 2004. Once again, Deko made a great impression; Greece’s iconic monument got bathed in a new light and the project received the LIT Lighting Design Award of the Year 2021.

Deko and her team also gave a new evening breath to the temple of Hephaistos and the Philopappos Monument, as well as the garden of Zappeion Mansion by designing a new lighting system for several statues which are located around the site, mostly representing historical figures of Greece, such as the Greek War of Independence hero, Georgios Karaiskakis, the British philhellene Lord Byron, and Evangelos Zappas, the national benefactor that Zappeion is named after, who was among the pioneers of the Olympism movement and the revival of the Olympic Games in 1896.

On a more modern note, buildings in Athens that stand out at night include the state-of-the-art Acropolis Museum, the newly renovated National Gallery of Art- Alexandros Soutzos Museum, the Stavros Niarchos Foundation Cultural Center (SNFCC) which was among the RIBA Award for International Excellence 2018 winners, the Onassis (Stegi) Foundation, the National Museum of Contemporary Art (EMST), and many more.

Watch the “City of Athens” – A portrait of a Changing Metropolis”, a non-narrative short film from filmmaker and award-winning photographer Alexandros Maragos. The film is a homage to the capital of Greece. It features hyper-lapse, timelapse and drive-lapse cinematography of the urban area, the skyline, and the architecture of the glorious city. Shot almost entirely from the highest rooftops, hills, and mountains at night, the film explores the urban core, the city center, and beyond.