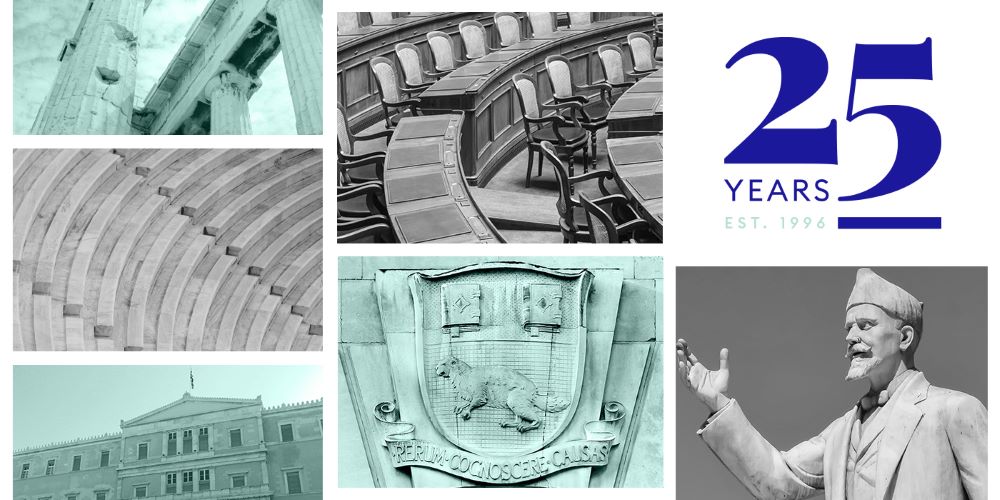 The Hellenic Observatory, internationally recognised as one of the premier research centres for contemporary Greece and Cyprus, is celebrating its 25th Anniversary. Located in LSE’s European Institute, the Hellenic Osbarvatory (HO) was established in 1996, the result of a campaign to establish a Chair on Contemporary Greece that was neither concerned with the ancient or classical past, nor the arts and humanities, but would rather champion the study of contemporary Greek society, politics and economics.

The creation of the Eleftherios Venizelos Chair in Contemporary Greek Studies, based on a generous endowment by Greek donors, both public and private, presented a major initiative in the academic field. It was the first Chair in the social sciences to be created outside Greece. The Chair was to be a fully tenured, academic post in LSE, established in perpetuity. Alongside the Chair was to be a research unit, the Hellenic Observatory, to promote the study of contemporary Greece through the social sciences.

The first holder of the Chair was Professor Loukas Tsoukalis of the University of Athens, from 1998 till 2001. He was succeeded in 2002 by Kevin Featherstone who is the Director of the Observatory till today, with Dr Spyros Economides serving as its Deputy Director. You can read a brief candid interview with professor Featherstone where he answers questions such as what first drew him to Greece, which famous Greek politician(s) he would like to meet and what he, an -almost Greek- Englishman would advise the Greeks, here. 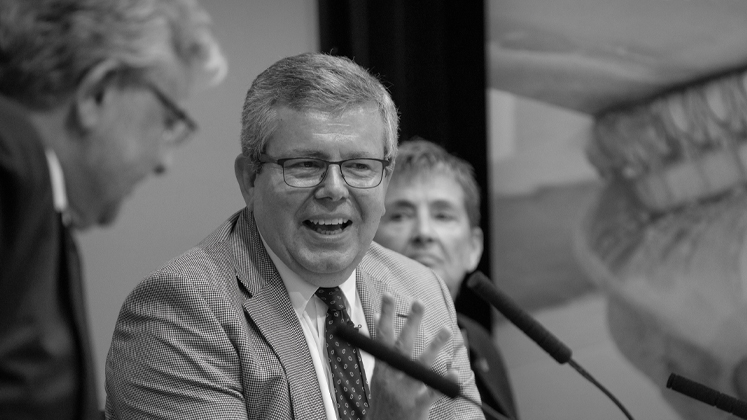 The role of both the Chair and the Director of the Observatory is to promote the multidisciplinary study of contemporary Greek politics, economy and society. To this purpose, the Hellenic Observatory engages in a range of activities, including developing and supporting academic and policy-related research; organisation of conferences, seminars and workshops; academic exchange through visiting fellowships and internships; as well as teaching at the graduate level through LSE's European Institute.

Research at the Observatory includes the individual research by staff members and fellows; research projects supported by the HO; and their working paper series, ‘GreeSE’ Papers. As it has grown, it has remained true to its original purpose: to promote high quality research; to inform public debate; to foster collaboration between the Greek academic community and its UK peers; and to support a new generation of scholars. In its 25 years of activity the Hellenic Observatory has published 180 papers; has held 400 events and research seminars; has organized 9 biannual PhD Symposiums on Greece and Cyprus, funded 87 projects, and has opened its offices to more than 150 researchers. You can check out more facts and figures and also browse highlights of their most important events.

In recent years, the focus of the Observatory has expanded to cover both Greece and Cyprus, and to relate these to both the rest of the European Union and to Southeast Europe. Their research themes focus on public policy, policy processes and political economy; international relations and foreign and security policy; economic geography and regional integration.

With this widening focus, in 2009, the Hellenic Observatory and its staff played the lead role in the launch of a new research unit within the School’s European Institute, ‘LSE Research on South Eastern Europe (LSEE)’. In recent years, LSEE has prioritised its research along three broad streams: social policy, regional policy and labour markets; European integration, macroeconomic policy and institutional reform; and, international relations, minorities, security and state-building.

In terms of research funding and fellowships, though its funding fell with the Greek crisis and it adjusted with new priorities, the Observatory continues to seek to provide opportunities for new researchers and for visiting academics. Currently, it offers one post-doctoral fellowship per year: The Hellenic Bank Association Post-Doctoral Fellowship. It also commissions projects annually through its Hellenic Observatory Research Calls Programme and the A.G. Leventis Research Innovation Programme on Cyprus.

The Observatory is also involved in research that tackles the political economy of Greece and policy issues in areas like regional disparities and policy; unemployment and labour market flexibility; public investment and fiscal decentralisation; foreign direct investment and economic growth; retirement and expenditure; the Greek crisis and the restructuring of the Greek Economy.

Some of the more interesting and publications by LSE staff on Greek politics and policy issues include: The Oxford Handbook of Modern Greek Politics, edited by Kevin Featherstone and Dimitri A. Sotiropoulos (2020) a volume of 43 chapters aiming to provide an unprecedented breadth of analysis on the development of modern Greek politics, especially from the restoration of democracy in 1974 to the present day; Prime Ministers in Greece: The Paradox of Power (2015) a book by Kevin Featherstone and Dimitris Papadimitriou concerned with the of how can prime ministers establish control and coordination across their government in the Greek system of government that sustains a ‘paradox of power’ at its very core; and Greece: Modernisation and Europe 20 years on (2017) edited by Spyros Economides, a publication discussing, Greek public administration and the relevance of the 'modernisation' concept; the successes and failures of Greece’s economic modernisation programme over the last two decades; and the evolution of the Greek welfare state and social policy.

To celebrate, the Observatory has a webpage dedicated to its Anniversary populated with interesting sections. They have also prepared an online publication depicting the work, the various activities and some of the highest moments of the Observatory. In his introductory note, professor and HO director Kevin Featherstone writes:

“Over the years, the activities of the Observatory have given it a strong public and international profile. We’re proud that our webpages attract so many thousands of visitors each year and that they come from as far away as China, India, Mexico, and North America; that an international audience downloads our publications over 30,000 times per year; and that many thousands also watch recordings of our public events.

We were created to be a bridge: connecting different professional and academic communities. Our engagement has been extensive. We have been pleased to welcome so many senior and younger scholars; to have created and sustained the biannual PhD Symposium on Greece and Cyprus, linking networks of new researchers; and, to have connected practitioners and academics in important discussion.”