Climate change in the Mediterranean: two Greek research centers measure the air and explore the waters

The Mediterranean region is a climate change hotspot, a natural laboratory, that has not been sufficiently studied so far, according to scientists. Combating climate change is one of the biggest challenges across Europe and the world and a top priority of the Greek government. Two leading research centers in the country have started to construct infrastructure and equipment to collect and explore data from the air and sea to observe and predict climate change and natural disasters.

The National Observatory of Athens is setting up the Panhellenic Geophysical Observatory (PANGEA) on the small and remote island of Antikythera to carry out atmospheric and climate data collection and research, while the Hellenic Centre for Marine Research will construct a new marine research vessel to help Greek scientists study the climate change-threatened ecosystems of the Mediterranean Sea. Both projects are financed by national resources and a loan of up to €57.5 million to the Greek state by the European Investment Bank, the climate bank of the European Union. 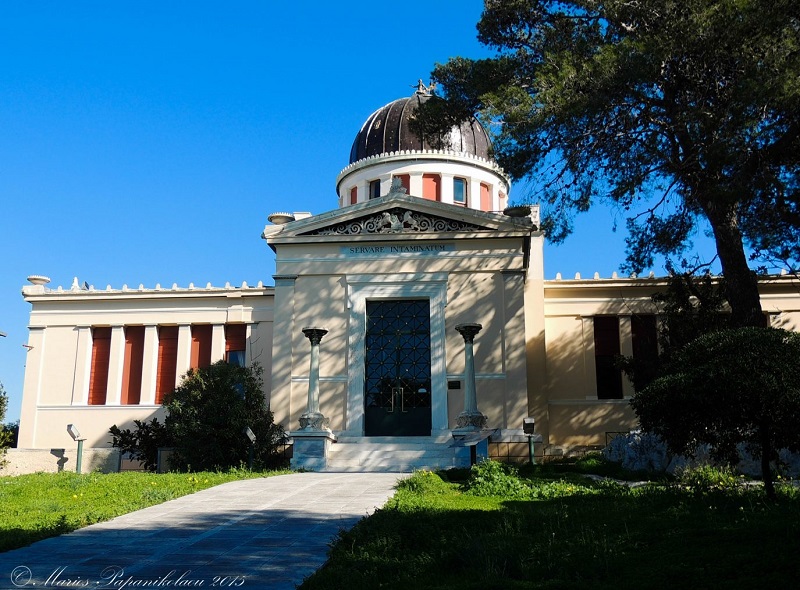 According to Prof. Manolis Plionis, president of the National Observatory of Athens, the PANGEA project is a big leap forward in measuring atmospheric parameters and building climate models for the southeastern Mediterranean. The collected data will help researchers understand how climate change will evolve in the coming years and its consequences on society and economy, Prof. Plionis ads. The island of Antikythera, known as the place where the “Antikythera mechanism”, the first computer from antiquity, was discovered in the beginning of the twentieth century, has been selected as the ideal location of the atmospheric data station. The almost uninhabited island of Antikythera, located between Crete and the Peloponnese, has minimal human intervention and air pollution.

At the same time, the island is situated in an area that receives air masses and air pollutants from big cities such as Athens or Istanbul, volcanic ash from Mount Etna or dust from Africa making Antikythera the ideal place for collecting data station. According to the researchers, its atmospheric conditions enable reliable and representative measurement of atmospheric parameters and natural background levels of greenhouse gases. 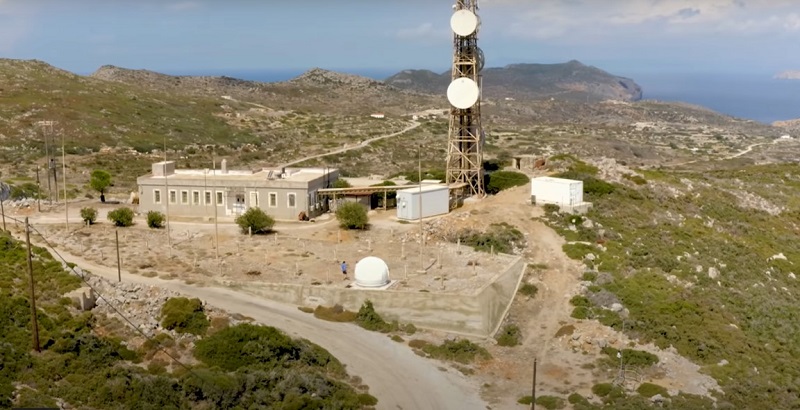 The PANGEA station will provide continuous monitoring of essential climate variables and geophysical activity and will stream real-time certified monitoring data to the scientific community and the society. The data from the PANGEA station will assist Greek civil protection authorities in forecasting and possibly avoiding the severe effects of natural disasters, while it will be able to monitor seismic activity especially on the southeast Mediterranean where intense tectonic activity is observed.

What is more, the project will have multiple benefits as it will favour scientific educational tourism from school groups and students, on national and international level, reviving the island of Antikythera and raising Greece’s profile in terms of scientific research.

The total cost of the project is estimated at €22.66 million, the 25% of which will be financed by the Greek state and the remaining 75% will be covered through a bank loan from the European Investment Bank. The financing will cover innovative infrastructure, as well as building and accommodation facilities for Greek and international researchers.

The Hellenic Centre for Marine Research will construct a new oceanographic research vessel to replace the old R/V AEGAEO that was built in 1985 and has been serving the Greek and international marine research community for nearly 40 years. Its innovative construction coupled with ample open deck space will enable the new vessel to explore both continental shallow waters and the deep sea thanks to its sizeable multi-purpose laboratories and numerous high-tech scientific instruments. The new vessel will be about 70 meters long and about 15 meters wide, with five decks and it will be able to support up to 20 crewmembers and 30 scientists— more than twice the capacity of the old ship. 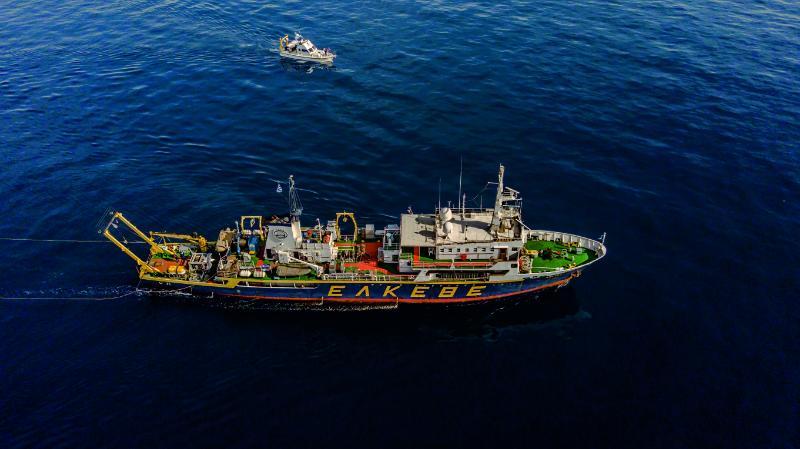 The vessel will be a versatile platform, offering the flexibility to conduct a wider range of scientific and other missions with the aim to improve knowledge of the marine environment, contribute to marine spatial planning and focus on the study of and response to climate change.

“The Mediterranean is of critical importance for climate change as it operates as a miniature ocean responding rapidly to climate variability. Its dark, unexplored waters have many secrets to reveal still,” says Dr. Aris Karageorgis, president of the Hellenic Centre for Marine Research. “A new, solid vessel with state-of-the-art technology can help us further explore the Mediterranean waters and seabed and predict what can happen in the open oceans under the prism of climate change”. 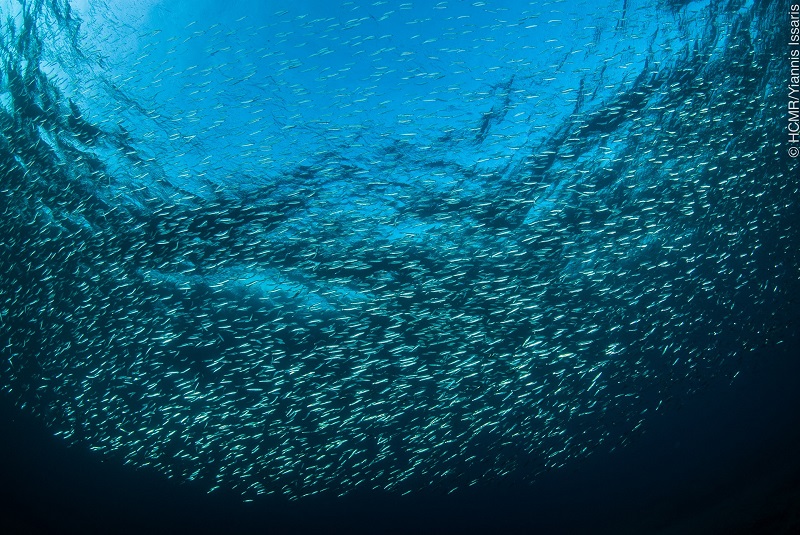 The oceanographic research vessel, with low fuel consumption, will be equally well equipped to carry out missions not only in the Mediterranean but also in the Black Sea, the Red Sea and potentially even in the Atlantic Ocean.

Watch the episode “Lost Island of Climate Science” about the PANGEA climate science station on the island of Antikythera.

Watch the episode “Mediterranean Sea Odyssey” about the new marine research vessel in the Aegean.

**The article is based on texts published on the EIB's website**

The European Investment Bank is the lending arm of the European Union. It is the biggest multilateral financial institution in the world and one of the largest providers of climate finance. As the largest and greenest multilateral lender, the European Investment Bank helps economies flourish, creates jobs and promotes equality. Since 1958, the EIB has provided loans and expert advice for thousands of projects in over 160 countries. The EIB supports Europe’s economic recovery by implementing the European Fund for Strategic Investments, part of the Investment Plan for Europe.