Initiatives on Gender History in Greece

The emergence of historical research on gender in modern Greek historiography is linked to the feminist movement of the 1970s and 1980s, during which time, several feminist magazines and student groups appeared. This autonomous feminist movement remained active until the mid 1980s, an era that witnessed significant changes in modern Greek historiography, such as the emergence and rise to prominence of the “new history” paradigm. In this new padadigm, gender appeared to be of secondary importance; as a result, the study of gender at Greek universities was marginalized: between 1985 and 1995, only six books on gender history were published by scholarly institutions, which were not formally linked to Greek universities. The 1990s heralded another era of stagnation in the study of gender in modern Greek historiography, linked to the closure of institutions that had supported historical research on gender. Since the end of that decade, however, the situation has improved; gender attracted increasing attention, marked by the significant increase in the number of publications dealing exclusively or to an extent with gender history. [Source: Gender in modern Greek historiography, Nikolaos Papadogiannis, Historein: 2017].

The establishment of undergraduate and postgraduate programmes dealing with gender history in Greek academia has certainly contributed to this diffusion. What is more, the creation in 2007 of Historians for Research in the History of Women and Gender, the Greek Committee of the International Federation for Research in Women's History (IFRWH), further encouraged the study of gender in modern Greek historiography: for instance, they organized the first conference ever held in Greece that was dedicated to gender history. Since then, gender history continues to grow as distinct academic field, incorporating -and contributing to- international developments in gender history and theory, such as queer theory, sexuality and masculinities studies. 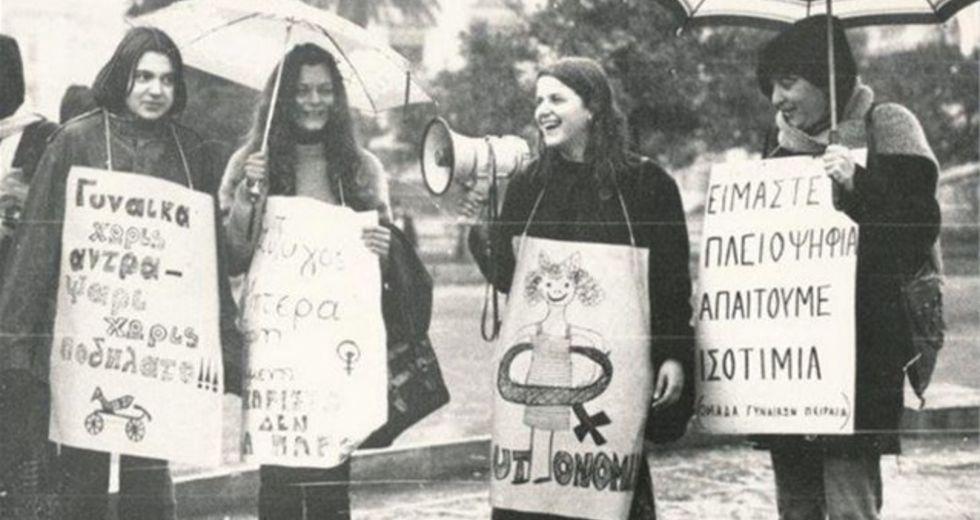 Feminist protest in Athens during the 70s

Encounters on the History of Women and Gender

An important initiative of the aforementioned group “Historians for Research in the History of Women and Gender” is the organization of the series of monthly roundtable discussions, titled "Encounters on the History of Women and Gender". These roundtables touch on a wide variety of subjects, such as historical readings of sexual violence in the 20th century, women’s relation to politics in Greece between 1880 and 1920, the role that feminism played in interwar Balkan politics, and more.

As professor Maria Repoussi, one the coordinators of this initiative explains to In.gr, a fundamental aim of “Encounters” was to expand the audience of people who come into contact with the ideas, tools and approaches of gender theory, “with gender as a window through which to view the past”. These online meetings attract not only university professors, but women from all walks of life who are interested in learning about the gender dimension of the historical past. As Repoussi asserts, “real women are absent [from mainstream versions of history], but gender and the gendered meanings through which we ascribed meaning to the past are real. War is gendered; public space is gendered, and so is private space. Women are absent, not recognized as historical subjects, but gender is everywhere".

After the successful organization of the first five encounters (January-May 2022), the second cycle of monthly roundtable discussions titled "Encounters on Women's and Gender History" begun this October. Covering a wide variety of topics, "Encounters" are open to all interested audiences and are broadcasted live via Zoom and the group's Facebook page. All encounters are conducted in Greek and take place on Tuesdays at 19:00 EET (UTC/GMT+2). The program for this cycle (October 2022 – May 2023) is as follows:

The conference “Against their Will: Representations of Sexual Violence in Modern Greece” will take place on the 4th and the 5th of November 2022, at the Geography Building of the University of the Aegean, in Mytilene, Greece. The conference is organized by the Department of Social Anthropology and History and is a part of the Brintima (Brutal Intimacies) research project. Brinitma explores sexual violence in its historical specificity: as criminal act, court case, public scandal, offence against common morals, war crime and individual experience. Willing to integrate the unexplored Greek case into the international history and the historiography of sexual violence, Brintima focuses on rape cases that provoked private and public discourses and statutory regulations, from the beginning of the twentieth century until the late 1960s.

The research team draws from a wide range of diverse and unexplored material (pretrial investigations, trial transcripts, press cuttings, legal manuals and treatises, military official documents, literature and autobiographical accounts). These sources reveal transformations in legal, social and cultural understandings and treatments of rape, as well as in the ways that important power dynamics of difference (gender, age, socioeconomic status, religion and ethnicity), act upon ideologies and practices of sexual violence. They also underline shifts in the cultural meanings assigned to rape over time, privileging the voices of the individuals involved: policemen, jurists, reporters, perpetrators, victims, and witnesses. 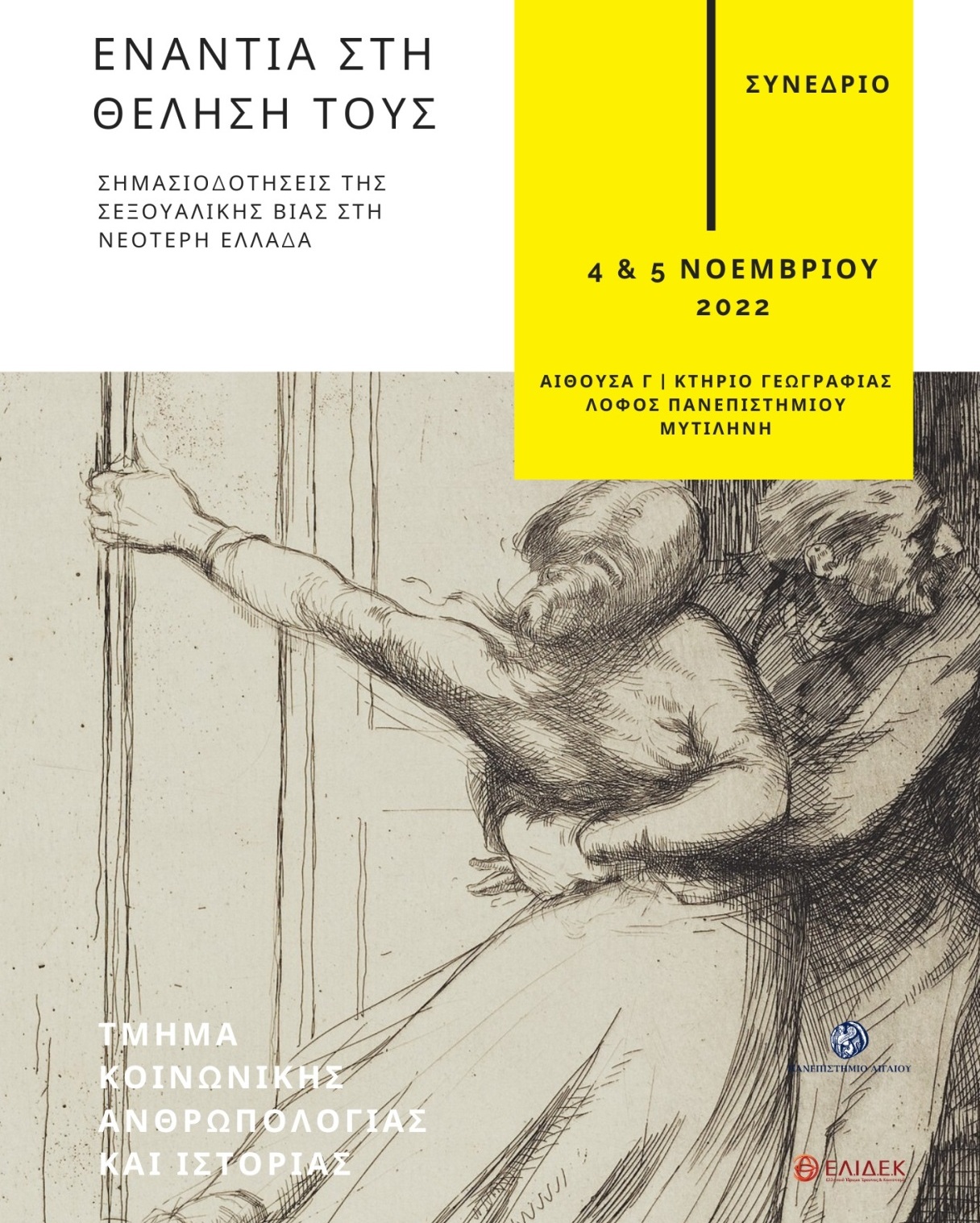 The principal investigator of Brintima, Dimitra Vassiliadou, Associate professor at the University of the Aegean, was interviewed by professor of history at Birkbeck University of London Joanna Bourke, as a part of the SHaMe Project, a research project exploring the role of medicine and psychiatry in sexual violence and aiming to move beyond shame to address this global health crisis. Watch their interview here to hear Joanna and Dimitra speak about research on sexual violence in Greece, the value of comparative history, and the importance of creating channels of communication between historians and the public.

See more on Gender and History via Greek News Agenda: