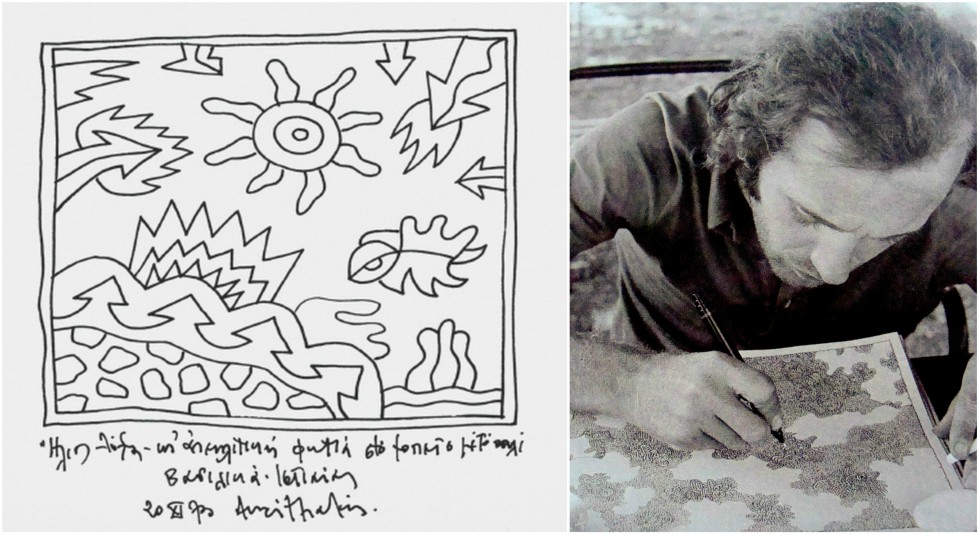 Alexis Akrithakis (1939-1994) was a Greek painter known for his distinct artistic style and free spirit. His works have been a major influence for many contemporary Greek artists, and he is now considered one of the most prominent figures of Greek modernism. Due to his special interest in book illustrations and the use of drawings as a means of narration, the City of Athens Cultural Organisation chose Akrithakis as the focus of the first of the exhibitions organised on the occasion of Athens assuming the position of World Book Capital in April of 2018. The exhibition “The stories of Alexis Akrithakis”, featuring booklets, scrapbooks and notes with drawings and tales by the artist takes place at the Eleftherias Park Arts Centre in Athens until June 3, free of admission.

Alexis Akrithakis had always held a rebellious, unconventional attitude. He left his home at a young age and travelled alone to Paris, where he lived between 1958 and 1960, and audited classes at the Académie de la Grande Chaumière. There he was acquainted, among others, with renowned Swiss artist Alberto Giacometti. In 1965 his first major solo exhibition was hosted at the French Institute of Athens, receiving mixed reactions by the critics. Many more solo and group exhibitions would follow, in Greece and abroad. In 1968 he left for Berlin on a German Academic Exchange Service Scolarship (D.A.A.D.), and remained there until 1984. 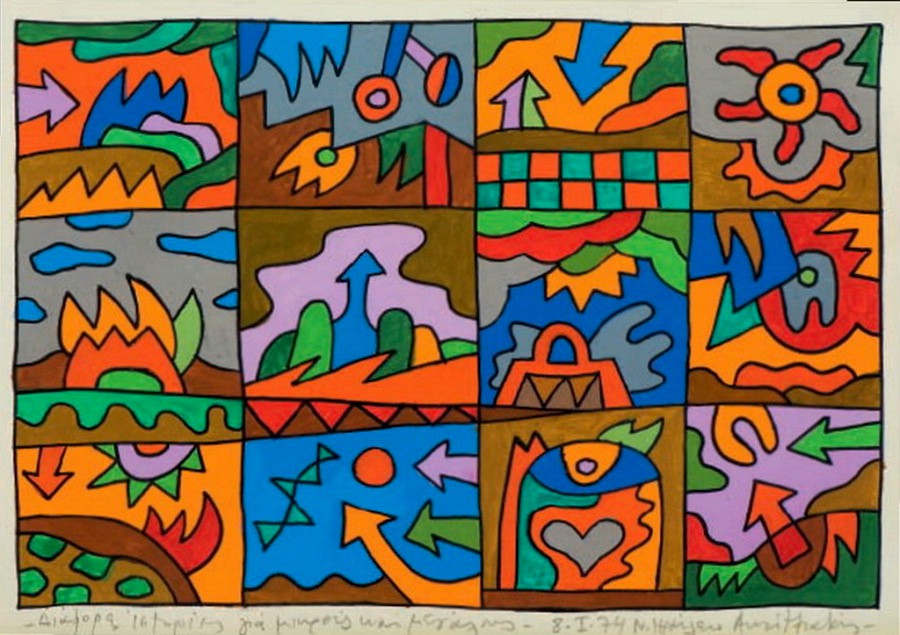 His early works include linear compositions in black-and-white, a style he referred to as “tsiki-tsiki” - an onomatopoeic name alluding to the sound of pen on paper. He later went on to use specific poetic and symbolic motifs in compositions with intense color contrasts and outlines. Another distinctive feature of his art were his wooden constructions which he would paint or alter through the incorporation of materials like mirrors or plastic flowers. He was also involved in the design of music album covers and theatre stage sets, since his interest in the dramatic arts was awaken due to his experiences in Berlin.

Akrithakis also had a unique relationship with literature and books as objects. He had illustrated various books by famous Greek authors and he also created his own stories through drawings, inspired by his daughter. Denys Zacharopoulos, famed art historian and critic and artistic director of the City of Athens Cultural Organisation, who curated the exhibition -with the collaboration of the artist’s daughter, Chloe Geitmann-Akrithaki- notes that “Akrithakis’ relation with words and books is unique […] His narration is never just words or image, it’s a breathtaking instance between the two”. In Akrithakis’ own words: “In painting, words are redundant; in poetry, drawings are redundant; yet you draw a poem, you write a painting”.

Read also via Greek News Agenda: Arts in Greece | Denys Zacharopoulos: A museum should function as an open window between the private and the public life of people; Reading Greece | Athens - World Book Capital City of 2018 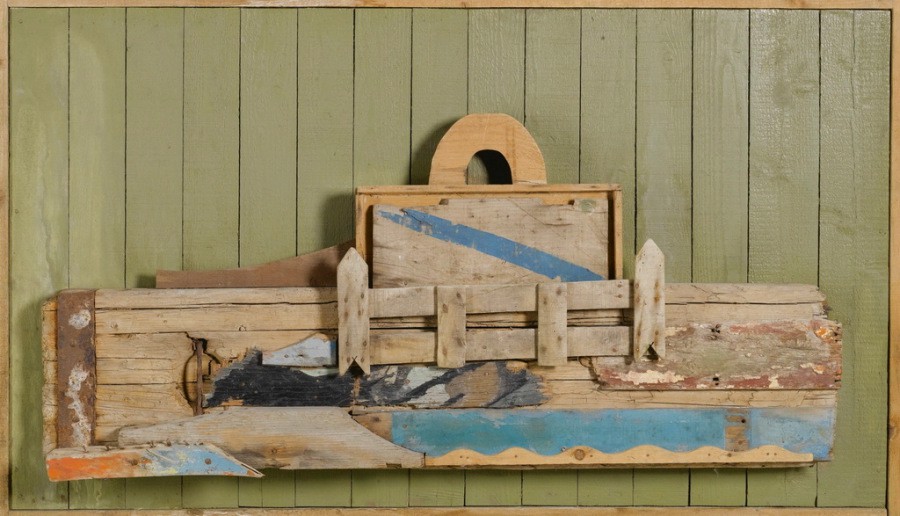