Towering, majestic, and beautiful. Mountains are some of the most fascinating structures of nature and home to 15% of the world´s population. The United Nations General Assembly designated 11 December “International Mountain Day” which, as of 2003, has been observed every year to create awareness about their importance. Mountain Day is also an opportunity to spend time and read about different folk tales or legends about different mountains around the world. On the occasion of this year’s International Mountain Day which is dedicated to mountain biodiversity, Greek News Agenda and Arts in Greece pay tribute to Mount Olympus and Vassilis Ithakissios, the artist who spent 20 years of his life painting in a cave of the legendary Greek mountain. 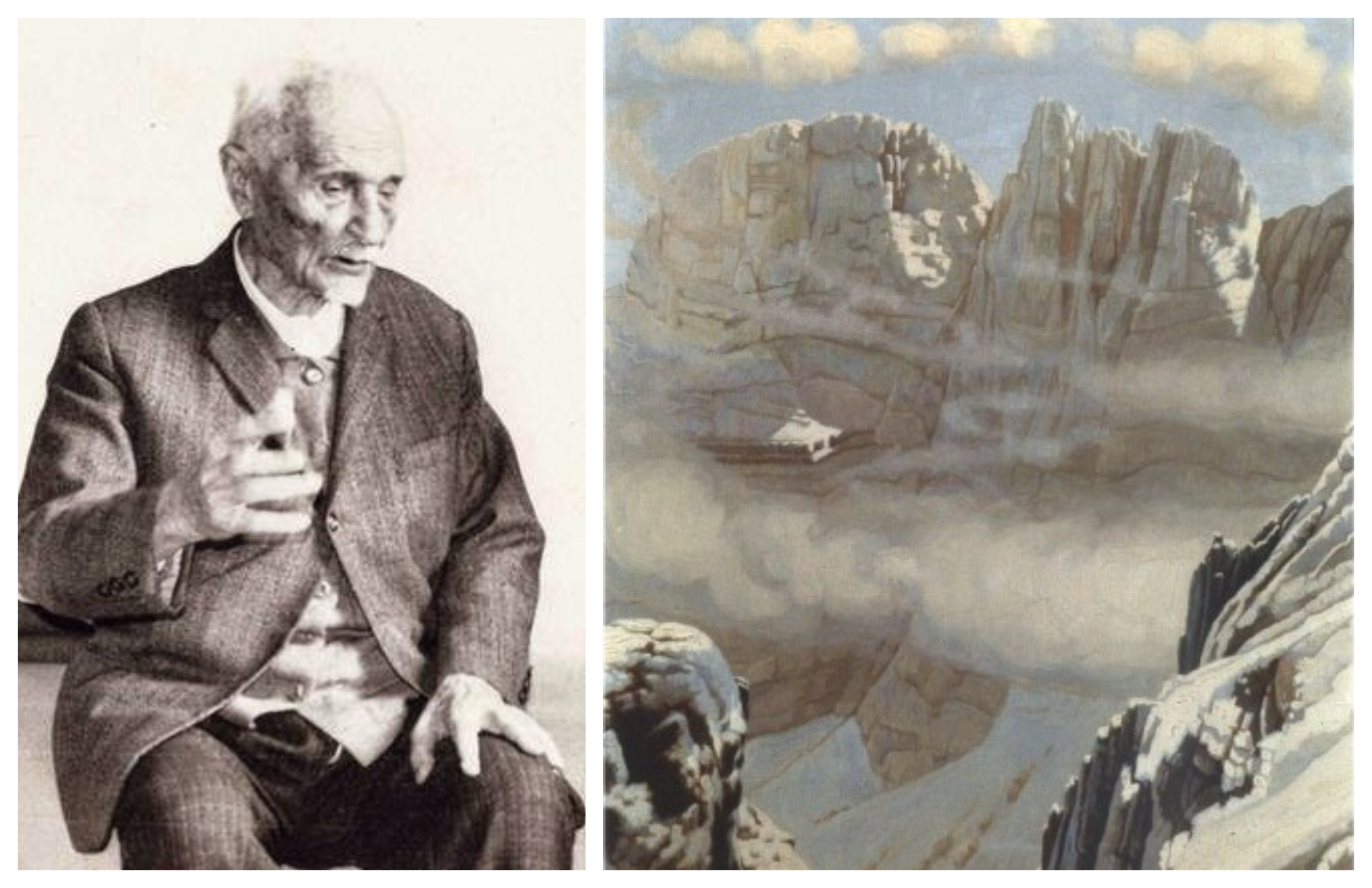 Even though Greece is mostly famous for its islands and seas, it is the third-most mountainous country in Europe, with more than 300 larger or smaller mountains in total. First climbed successfully in 1913, Mount Olympus is the highest one. It consists of 52 peaks, several deep gorges, and numerous small villages, snuggled in its lush green hills where trails cross and hikers meet. Its highest peak, Mytikas, which rises to 2,918 meters, is also the second-highest peak in the Balkans, and one of the highest across all of Europe.

The Olympus region was proclaimed Greece's first national park in 1938 and 'Biosphere Reserve' by UNESCO in 1981, as it is known for its exceptional biodiversity, containing 32 species of mammals, 108 species of birds, many species of reptiles, amphibians, and insects. Its greatest asset, however, may be its flowers; it is a botanical treasury hosting 1700 different species and subspecies, with over 20 of them being endemic; the Jankaea heldreichii, a plant relic of the Ice Age, is one such example.

Apart from its rare and diverse fauna and flora, Greece’s “natural Parthenon” is also on UNESCO’s tentative list of World Heritage Sites, as it is one of the rare monuments that combine areas of outstanding natural beauty and important cultural and historical elements. More specifically, it is world-famous for its prominent historical significance and sites (e.g. Dion archaeological Park and Museum), as well as for being the epicenter of Greek mythology, namely the legendary abode of the 12 Olympians, the major deities of the Greek pantheon. The favor of the deities gave the mountain an honored place in Classical Greek culture and that mythical status has been passed down through the centuries, across Western civilization.

For centuries, the grandeur of mountain scenery has mesmerized artists in search of images to convey the infinite; the magic of Mt Olympus, in particular, helped the Greek artist Vassilis Georganas, best known as Vassilis Ithakissios (1877-1977), to find his calling in life. Born on the island of Ithaca, he studied Painting at the Athens School of Fine Arts (1896 -1899) under Nikephoros Lytras and Georgios Roilos and won a scholarship to continue his studies in Antwerp. 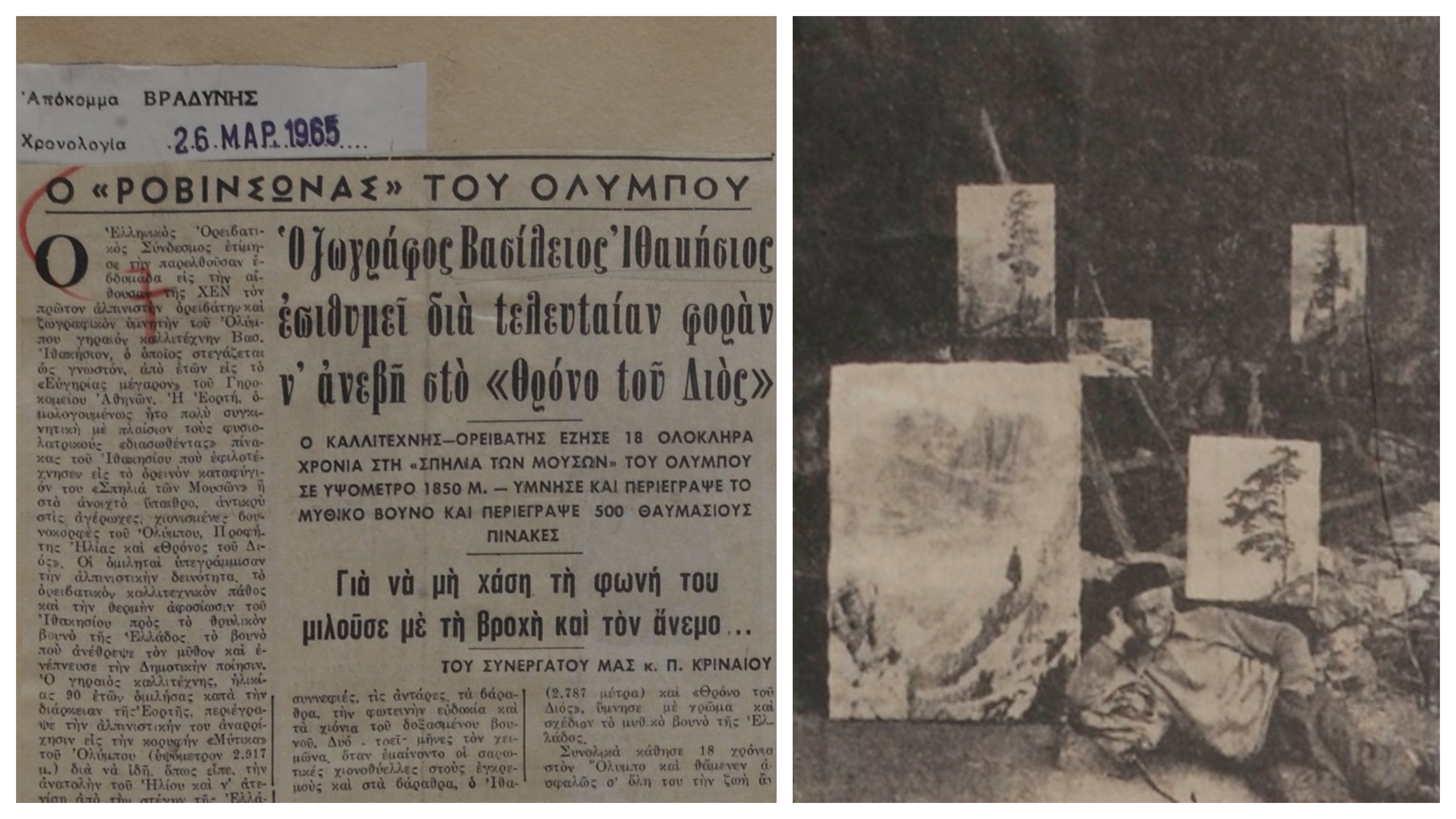 In 1900, Ithakissios settled down in Smyrna where he had the opportunity to broaden his horizons and experiment with several themes and techniques. He chose to specialize in landscape art; initially, he focused on sea landscapes but he was later intrigued by the mountains, especially Mt Olympus. At the age of 40, Ithakissios was considered an established painter in Smyrna, and his exhibitions were a success. However, in 1922, he became one of the thousands of Greek refugees that crammed the city’s waterfront to escape from the Great Fire of Smyrna. In 1923, the artist moved to the Ionian island of Kefalonia (across Ithaca) where he painted every aspect of Mt Aenos. He spent the next six years traveling all around Greece and painting landscapes.

One of his journeys led him to Mt Olympus where he found a cave (close to St Dionysios’ Monastery), which would become his residence for the next 20 years of his life. Ithakissios named the cave “The Muses’ Asylum” and wrote the Muses' names on the cave’s walls; some letters are still visible to this day. During his stay, Ithakissios was strolling around the mountain and painting; he also offered shelter to hikers and welcomed other artists who stopped by to meet the “Olympian recluse”. Nowadays, the cave that became the artist’s home, studio, and source of creativity for a big part of his life, is known as the “Ithakissios’ Cave”. 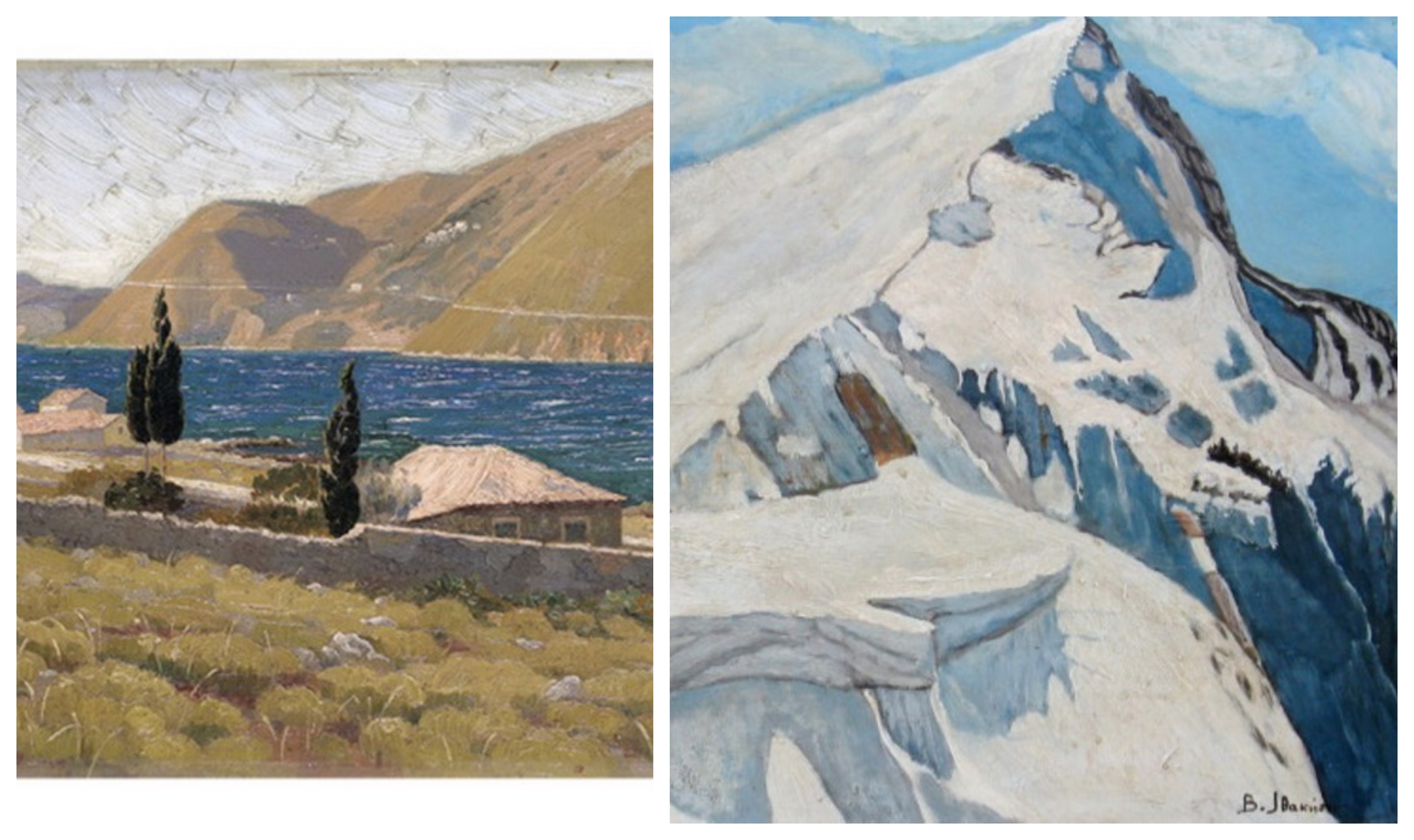 Defining Ithakissios’ individual art style, one would say Impressionism with Academic art elements. His work is found in many public and private collections, notably: The National Gallery Greece, The Athens Municipal Gallery, The Leventis Gallery, The Averoff Gallery, The Koutlides Collection, and The National Bank of Greece collection. It is also worth mentioning that The Municipal Gallery of Litochoro – one of the most famous villages in the region of Mt Olympus that Ithakissios called “home” - was inaugurated in 2018 bearing his name, so as to pay tribute to the “Olympian” artist who wished to praise eternally the legendary Greek mountain through his art.