Arts in Greece | The captivating choreography of Christos Papadopoulos

Mention “dance” to a foreign visitor to Greece, and the first image coming to mind will likely be the “sirtaki”, a mix of slow and fast versions of the Hasapiko folk dance that was choreographed by Giorgos Provias for the 1964 film Zorba the Greek. However, the contemporary dance scene in Greece also has a story to tell, as it has surprisingly been flourishing in recent years. How familiar though are most people with Greece’s younger generation of choreographers? 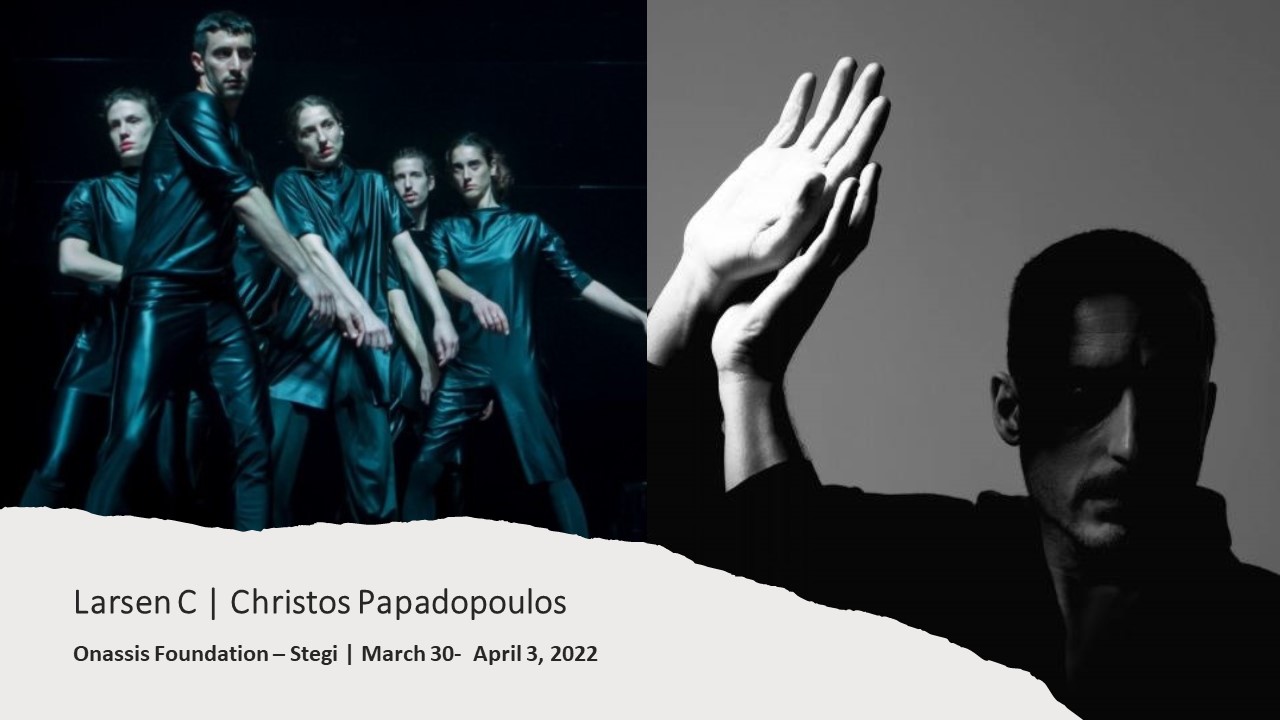 If you happen to be in Athens these days and wish for a small taste of Greece’s contemporary dance scene, do not miss “Larsen C” (presented at the Onassis Foundation-Stegi, March 30 - April 3, 2022) by Christos Papadopoulos, one of Greece’s most promising emerging choreographers.

A celebration of minimalism and the inexorability of life and motion, Papadopoulos’ new piece is inspired by the infinitesimal movement of the 10,000-year-old Antarctic ice shelf after which it is named. In 2017, an estimated 10% of its total mass - an iceberg named A68 which was for a time the biggest in the world - started breaking into thousands of pieces due to global warming.

Larsen C’s movements are so slow that they cannot be perceived by the human senses – it is as if the pace of its movement gets absorbed by time and space. Within this context, the homonymous dance show is a tribute to the silent transference of bodies or else, a celebration of the movements that define the natural order of things.  Thus, human bodies tune in to this same everlasting pace in a dream-like sequence where they increasingly appear as otherworldly as a polar landscape.

Chirstos Papadopoulos is part of Greece’s younger generation of remarkable talents in the theatre and dance scene. Hailed as an astonishing new voice in contemporary choreography, Papadopoulos is a graduate of the National Theater of Greece Drama School, having studied dance and choreography at SNDO (School for New Dance Development) in Amsterdam, as well as Political Science at Athens Panteion University.

Former collaborator of performing arts genius Dimitris Papaioannou, Papadopoulos had previously been invited as a performer to be part of the teams that created the choreography for the opening ceremonies of the Olympic Games in Athens (2004) and the European Games in Baku (2015). As far as his personal projects are concerned, Papadopoulos is making minimalist, very precise, and extremely pure dance. In fact, he has made a name for himself due to the meditative power of his choreographic style, with his longstanding research interests being marked by the interdependence of place and space, the relationships that emerge out of microscopic elements in everyday and political settings, and an intensely observational approach to movement.

More specifically, “Larsen C” is his fourth personal project as Papadopoulos made his choreographic debut in 2016 with “Elvedon”, a show inspired by Virginia Woolf’s novel “The Waves” and the perpetual movement of the sea. His second piece “Opus” aimed to investigate the central norms of instrumental music and how they apply in an utterly different form of art that is dance and his third work “ION” was inspired by the phenomenon of ionization, only to rediscover the same basic forces of attraction and repulsion that govern not only all existing life but also all human relationships.

“It is not a political play but, in a sense, it is deeply political: the truth that lies behind it is that we can only make it together,” said Papadopoulos in an interview about his work “Ion”.

It is worth noting that Papadopoulos’ work met with great acclaim and was immediately picked up by festivals, contests, and dance theatres around the world, including Théâtre de la Ville, Danse Elargie, Julidans, and the pan-European “Aerowaves” network, a hub for dance discovery in Europe, identifying the most promising new work by emerging dance artists.