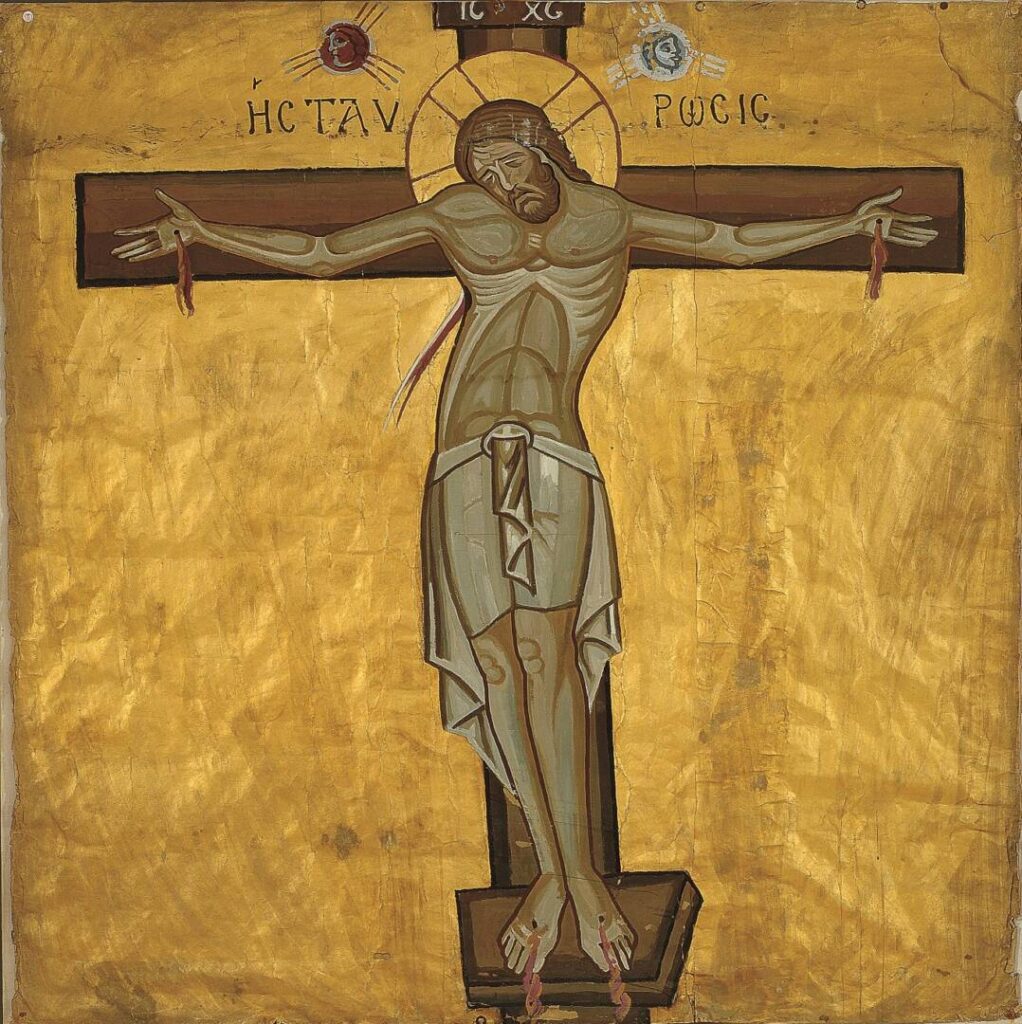 The exhibition 1922-2022, S. Papaloukas, F. Kontoglou, S. Vassiliou. Remembrance and Art Stories is hosted at the Historical Archive Museum of Hydra, as part of the commemorative events for the centenary of the Asia Minor Catastrophe. The exhibition features works by three major representatives of Greek art of the early twentieth century: Spyros Papaloukas, Fotis Kontoglou and Spyros Vassiliou, all of which were prominent and influential painters with links to the Generation of the '30s.

The Historical Archive Museum of Hydra was founded in 1918 and housed in a building built at the expense of the local shipowner and benefactor Gikas N. Koulouras. Antonios D. Lignos, doctor and mayor of Hydra, gathered and catalogued documents and original manuscripts from the island’s archives. In 1952, the building was bequeathed to the State and has since operated as a public service under the administrative authority of the Ministry of National Education and Religious Affairs and the scientific supervision by the General State Archives (G.S.A.) of Greece. The archive was later relocated to a new building, which was inaugurated in 1996.

The exhibition "1922-2022, S. Papaloukas, F. Kontoglou, S. Vassiliou. Remembrance and Art Stories" features more than 80 known and obscure works of religious art (draft sketches, drawings and icons) by the three artists in order to trace their path in the quest for "Greekness" in art; it is curated by Andromachi Katselaki, PhD Archaeology, MA Art History and Maria Nanou, MA History of Byzantine Art. 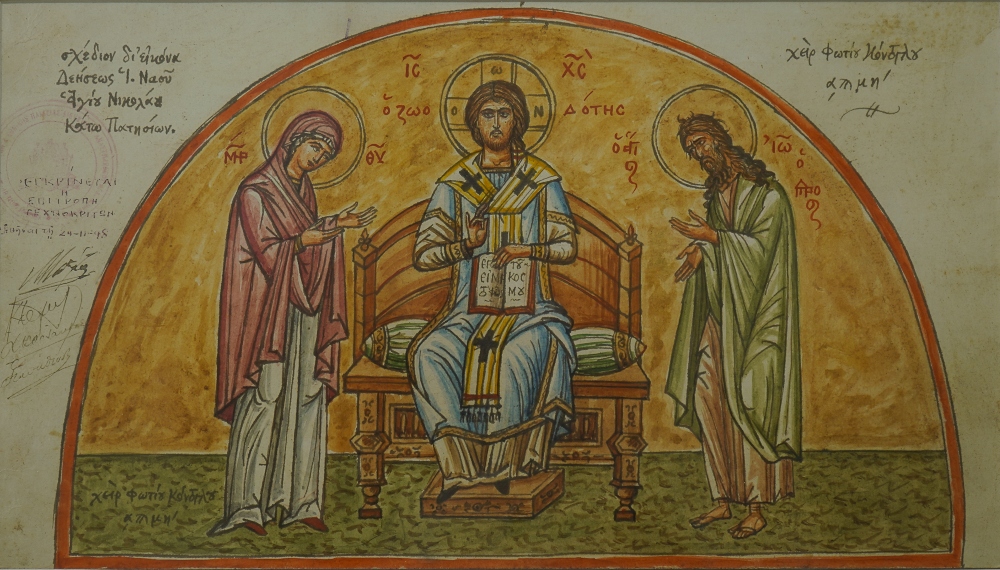 F. Kontoglou, Deesis, draft for a mural for the Church of St. Nicholas in Kato Patisia

The exhibition aims at highlighting the way in which each if the three featured artists, present different aspects of ecclesiastical painting, inspired by the spirit of Modernism; although their works were created during the same historical period, each artist’s delivery is purely personal and also pioneering artistic way, as they followed distinct paths, although parallel to each other. Through these works, the painters prove that they assimilated and developed the aesthetic values of Byzantine, post-Byzantine and folk painting, creating in their works an osmosis between tradition and modernism, while at the same time ascertaining Byzantine art as part of European art.

The exhibits have been organised into three sections; the first one is dedicated to the formative process of copying original Byzantine works as part of an icon-painter’s training, and it only features works by Papaloukas and Kontoglou; the second one is dedicated to monumental painting, highlighting the personal artistic expression of each artist in the murals they created for Greek orthodox churches; the third one features representative examples of portable icons created by the artists.

According to the curators, Spyros Papaloukas (1892-1957), the earliest of the three artists, was also the first to create works of monumental painting; the impressive murals he created for the Metropolitan Church of the Annunciation of the Virgin Mary in the city of Amfissa (1927-1932) are testament to his bold as well as masterful combination of Byzantine aesthetics and Western principles, breathing a breath of fresh air into the religious painting of his time through a dialogue of byzantine iconography with the spirit of expressionism. 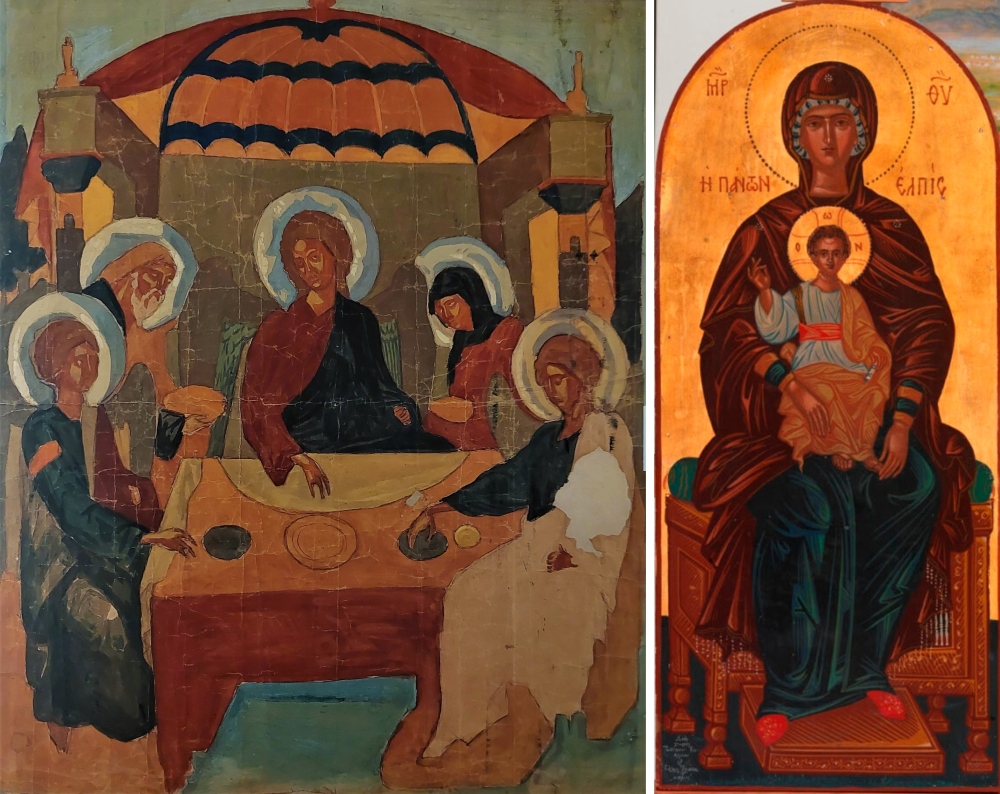 Spyros Vassiliou (1902-1985) gave his own unique interpretation of religious painting when he was commissioned to decorate the Holy Church of Saint Dionysius the Areopagite in Athens; his was an innovative and refreshing approach, marked by the introduction of a timeless realism, while at the same time he remained true to the spirit of Byzantine and Greek folk art.

Finally, Fotis Kontoglou (1895/6-1965) has for decades been considered the modern Greek icon painter par excellence: his art has been inextricably linked with the byzantine tradition, as he managed to take modern Greek religious icon painting back to its Byzantine roots, having fully assimilated not only the style but also the essence of Byzantine art. Hailing from the Asia Minor seaside town of Ayvalik (Aivali or Kydonies in Greek), Kontoglou personally experienced the effects of the Asia Minor Catastrophe, as he had to migrate to Greece. 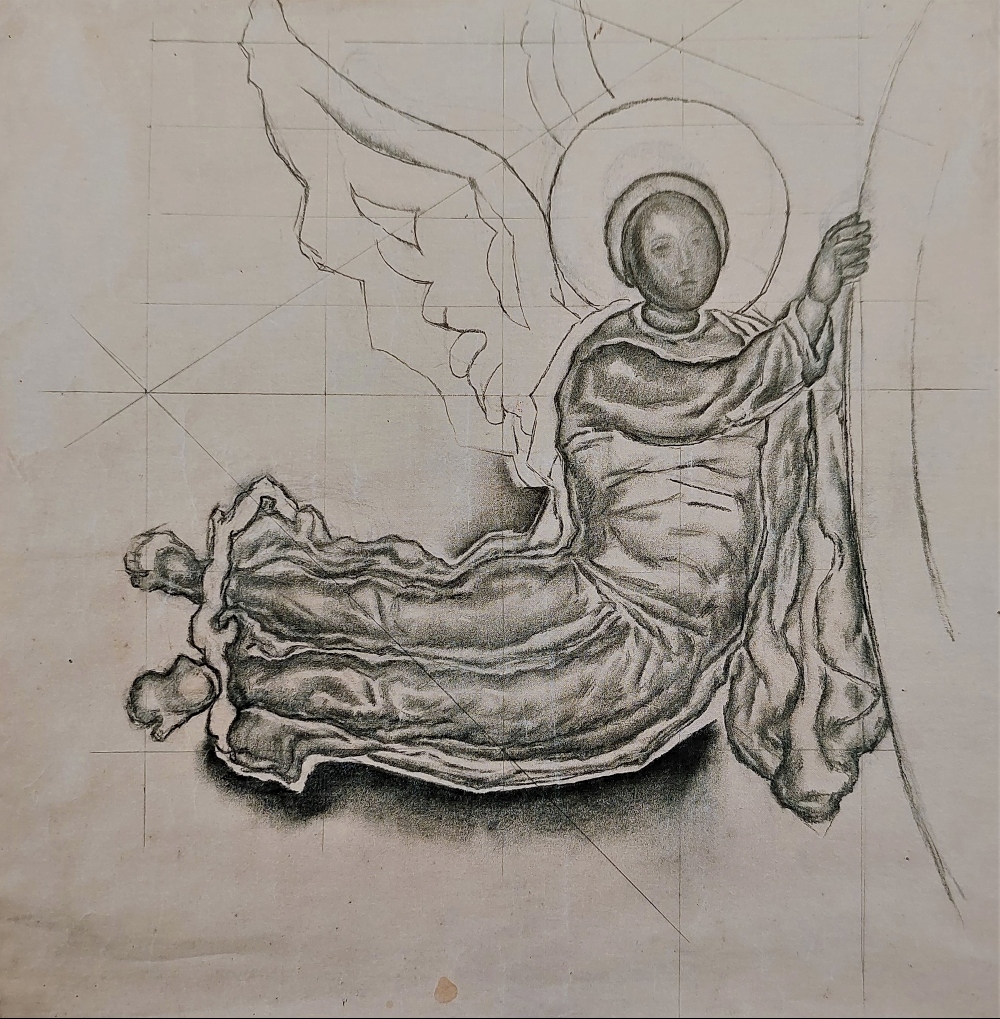 All three artists were linked with the Generation of the '30s, the dominant Modernist movement in Greece, who combined folk and modern artistic elements in the quest for "Greekness". Papaloukas is considered a precursor of the movement, who greatly influenced the artists that followed; he was predominantly known as a landscape painter, but also created portraits and had been trained in icon painting since his teenage years.

Kontoglou is hailed as one of the most prominent representatives of the 30s Generation, both as a painter and a writer –especially known for his short stories, biographies, essays and translations– and was a teacher and mentor to many other artists, including Yannis Tsarouchis, Nikos Engonopoulos and Spyros Vassiliou. Vassiliou, also a member of the Generation of the '30s, became especially known for his landscapes and still lifes, which are considered a personal interpretation of European modernist movements through the lens of "Greekness".

As the two co-curators point out, the artists of the Generation of the '30s were deeply affected by the Asia Minor Catastrophe, and turned to Greek cultural tradition to draw strength and inspiration. Papaloukas and Kontoglou, who had also been fellow students at the Athens School of Fine Arts, experienced the events on a personal level. 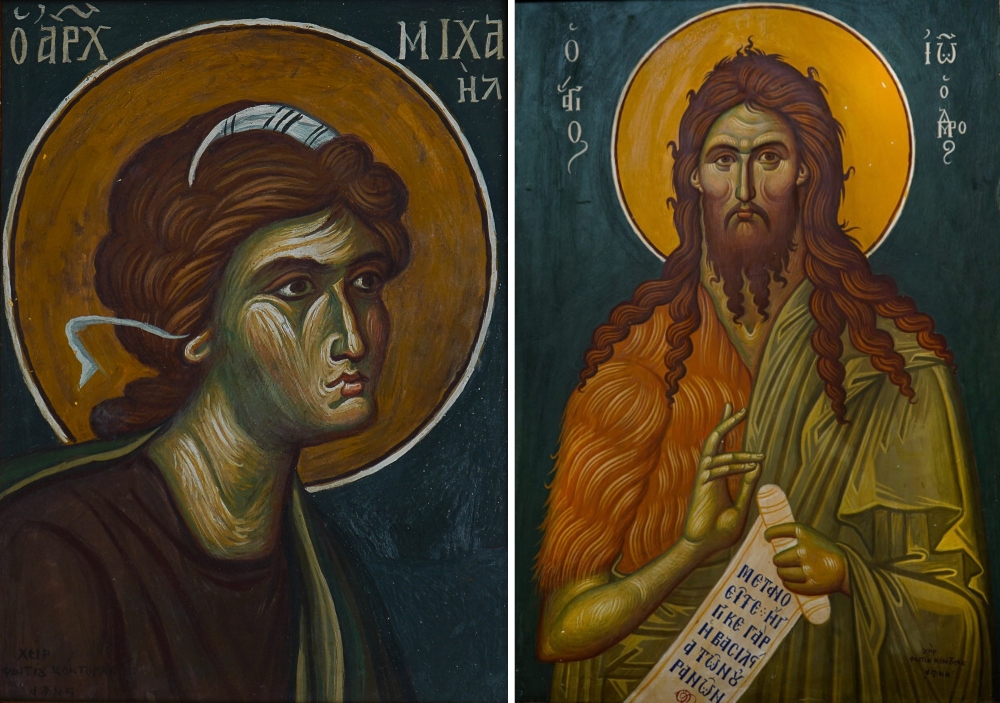 Papaloukas followed the campaign as a war artist (along with Periclis Vyzantios and Pavlos Rodokanakis), creating over 500 works, acclaimed for their sharp and vigorous style which were displayed at the Zappeion Mansion in Athens. The exhibitions was then relocated to Smyrna, where all works would be destroyed during the burning of Smyrna, at the end of the Greco-Turkish War. Kontoglou, who had returned to his hometown of Aivali in 1919, was conscripted in 1921, during the Asia Minor Campaign, and ended up a refugee in Lesvos and later in Athens.

N.M. (Intro image: Spyros Papaloukas, Christ on the Cross; all images courtesy of the Historical Archive Museum of Hydra)