The ideal Greece of Konstantinos Parthenis at the National Gallery 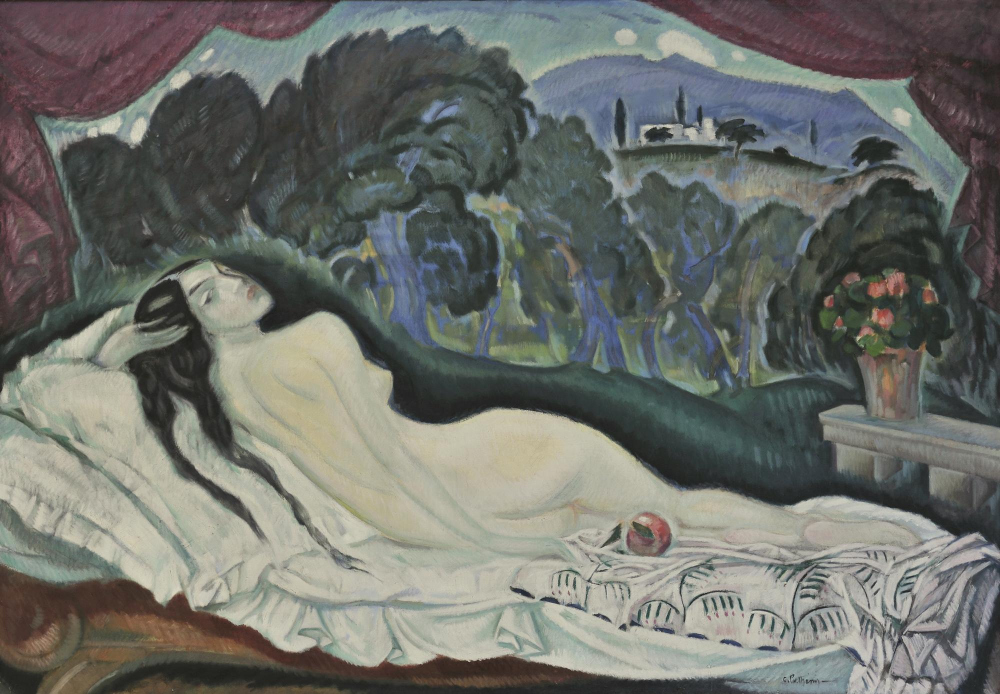 The National Gallery-Alexandros Soutsos Museum pays tribute to Konstantinos Parthenis, one of the most important representatives of modern Greek painting. "An ideal Greece in the art of Konstantinos Parthenis" is the first comprehensive retrospective exhibition that the National Gallery has devoted to him and, at the same time, the last major exhibition organised by the gallery's former director, Marina Lambraki-Plaka, who recently passed away. 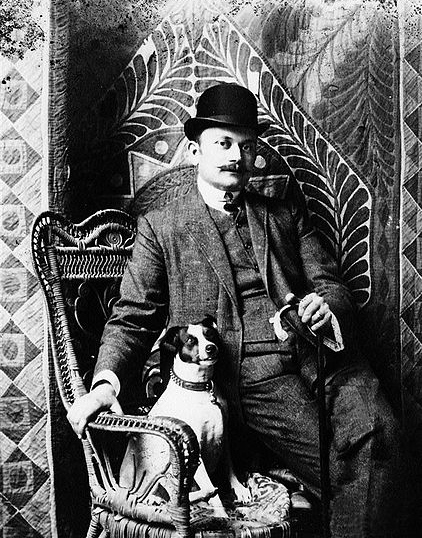 This large retrospective, which will run until 28 November 2022, features 150 paintings, 70 drawings and personal objects, such as photographs, the small metal suitcase and the painter's notebook, written in French. The objects on display come from the collection of the National Gallery as well as from private collections, many of which are being shown for the first time.

Konstantinos Parthenis was born in Alexandria, Egypt in 1878. His artistic work brought about important changes in the visual arts of Greece at the beginning of the 20th century, inaugurating the "heroic" period of modernism in Greece, as well as a break with the dominant Munich school. His cosmopolitan upbringing (Italy, Vienna, Paris) explains the unique eclecticism in the art of Konstantinos Parthenis, as he integrated various influences into his own unique style, marked by idealism and spirituality.

A cosmopolitan and mysterious painter

As Efi Agathonikou, curator and director of collections at the National Gallery, said in an interview with Euronews: "Konstantinos Parthenis was a visionary painter. Although his style changes over the years, we can see that the visionary element persists. He is a painter who lived in the major artistic centres of Europe and studied European culture in depth and translated all these influences into a new art. He created a new vision, encompassing the entire history of art, from antiquity to his own time. He drew many elements from all the artistic currents of his time and incorporated them into his own work." 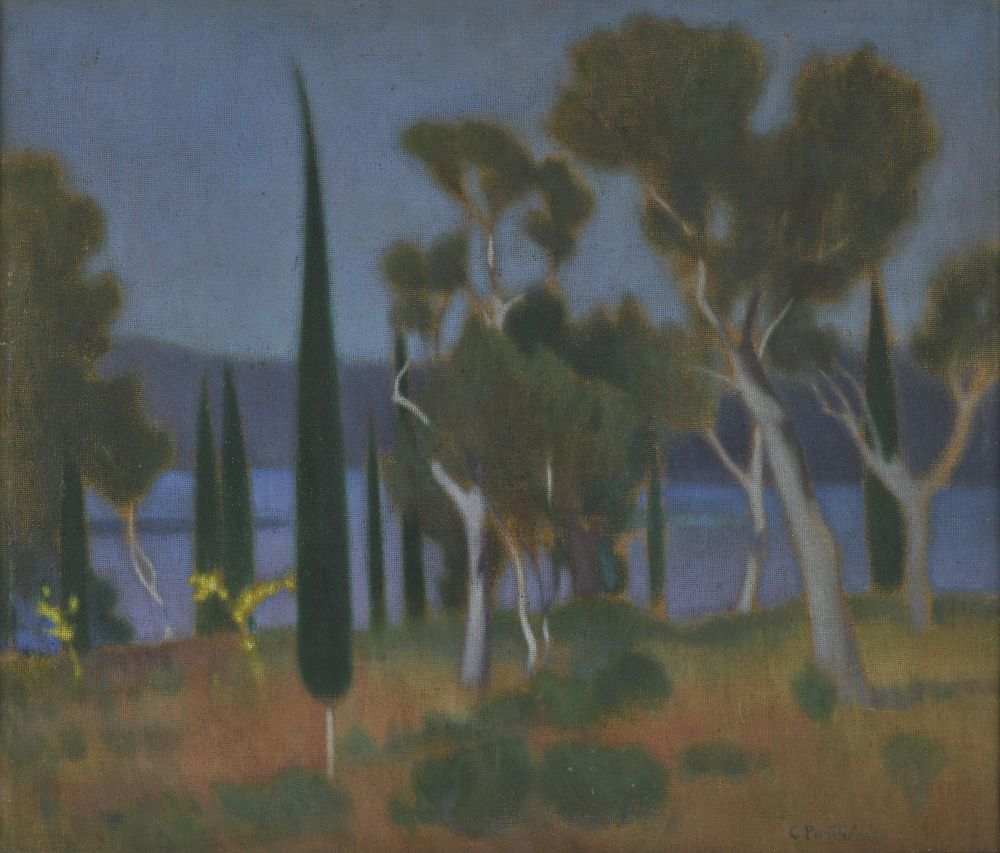 Agathonikou added that the feature she would single out in the art of Parthenis what the fact that he created a new world in his paintings. "A dreamlike world, even when he follows geometric rules and cubism. He is the one who brought modernism to Greece and at the same time showed what Greece means and how one could use all the elements of modernism to bring out what we cal Greek art."

In her curatorial text for the exhibition catalogue, Marina Lambraki-Plaka wrote that "Parthenis's art is in constant creative dialogue -always in a personal style- with the modernist movements of the visual arts, while his iconographic references to antiquity and Byzantine art form a personal idiom that evolves steadily until the end of his life". 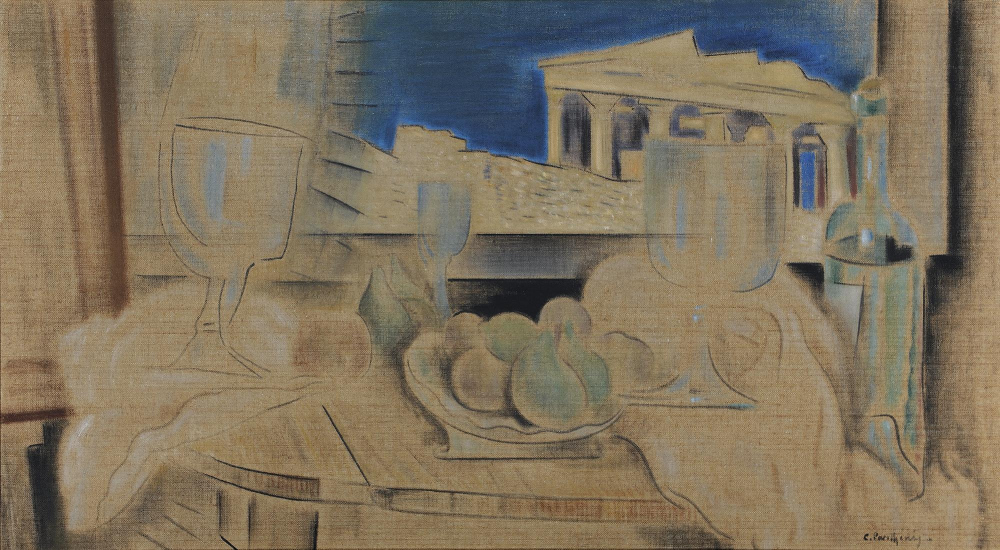 Still Life with Acropolis in the Background, before 1931 (National Galllery-Alexandros Soutsos Museum)

As she pointed out, "the catalyst for the alchemical amalgam, which unites and fuses the Alexandrian artist's particular eclecticism, and which ultimately constitutes the quintessence of his style, is the ideal homeland of myth, history and art, as seen by an educated diaspora Greek, i.e. from a distance that gives perspective. Exactly in the same way that Cavafy saw and transposed in his poetry the history and myth of an ideal and timeless Greece with nostalgia, from a distance. For in reality, Parthenis remained forever voluntarily exiled and unattached, a citizen of his own utopian Greece".

Read also via Greek News Agenda: Arts in Greece | Konstantinos Parthenis: The “Poet’ of Modern Greek Art; The Acropolis and the Parthenon in Modern Greek art as symbols of national and world heritage; Discover the National Gallery of Athens