“Spyros Papaloukas l Exploring the Enigma of Painting. Familiar and unfamiliar works” is the latest exhibition presented by the B&M Theocharakis Foundation for the Fine Arts and Music. As indicated by its title, the show – which is running through October 16, 2022 - is dedicated to Spyros Papaloukas, a preeminent early 20th-century artist known for his modernist icon paintings and light-filled landscapes who made a major contribution to the development and renewal of Greek painting. 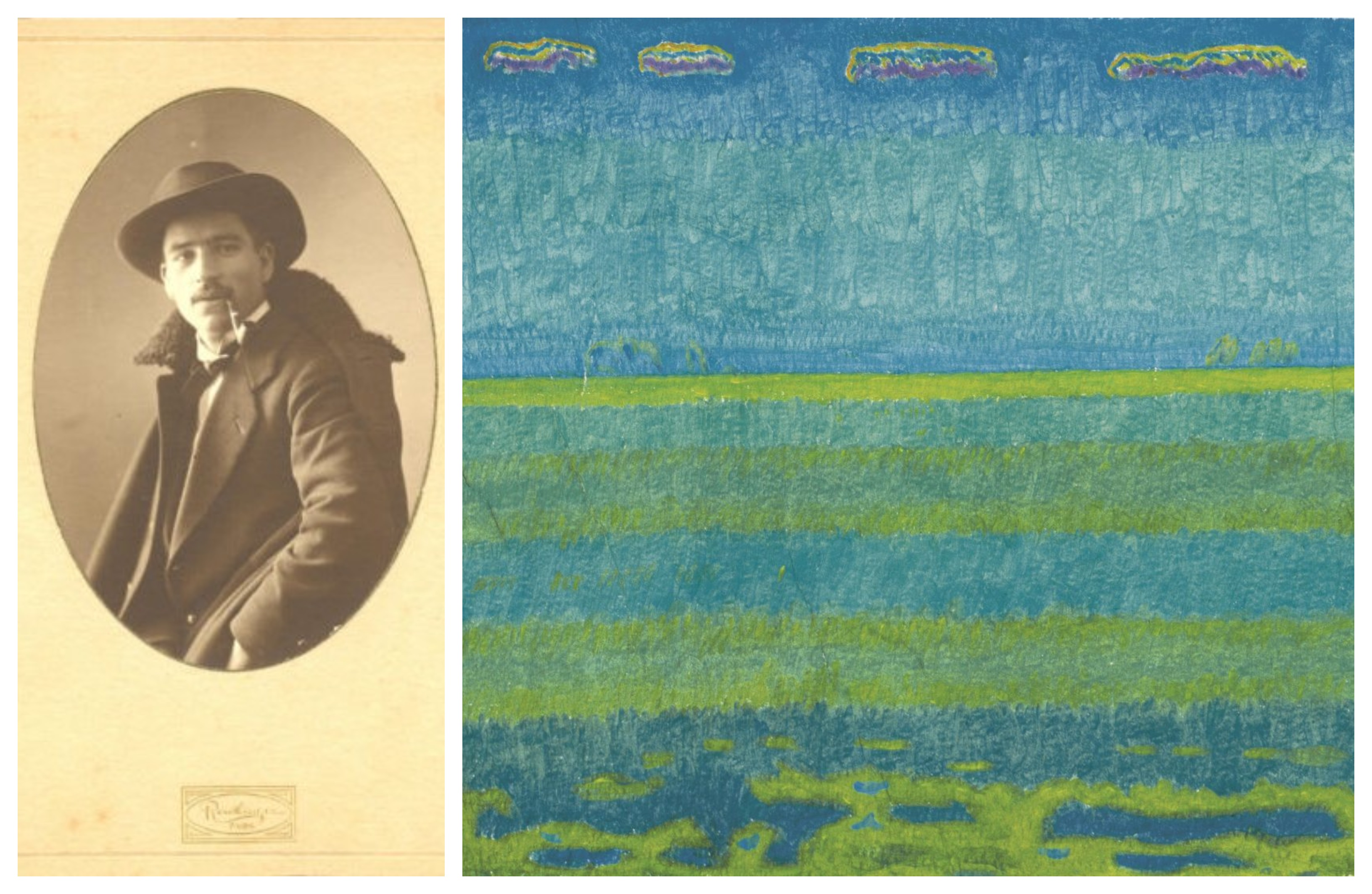 More specifically, the exhibition – which is curated by Efthymia Georgiadou-Kountoura – attempts to trace Papaloukas’ creative evolution, marked by his systematic search for his own personal painting style attested by a large number of drawings and preliminary studies he did before creating the final artwork. Thus, visitors are invited to imagine being in the painter’s studio and watching the successive stages in the development of a painting, while observing the artist’s style evolve. Apart from paintings and drawings -many of which go on public display for the first time- the show presents a selection of personal statements made by Papaloukas, which highlight the artist’s European outlook, as well as his contribution to the development of Modern Greek painting.

Spyros Papaloukas (1892–1957) was born in the village of Desfina on Mount Parnassos, near Delphi, and studied painting at the Athens School of Fine Arts winning seven awards during his attendance. Even though he continued his art studies in Paris, he returned to his homeland to take part in the Asia Minor campaign as a war artist along with Periklis Vyzantios and Pavlos Rodokanakis. His works were exhibited in a group show in 1922 but were later lost during the days of Smyrna’s destruction. Deeply disappointed by the interruption of his studies and the loss of his paintings, Papaloukas went through his “Aegina” period, namely the period when he retired to the island of Aegina throwing himself into the study of the Greek landscape. Shortly after, he visited Mount Athos with the intention of studying nature and Byzantine art. As Papaloukas used to say: 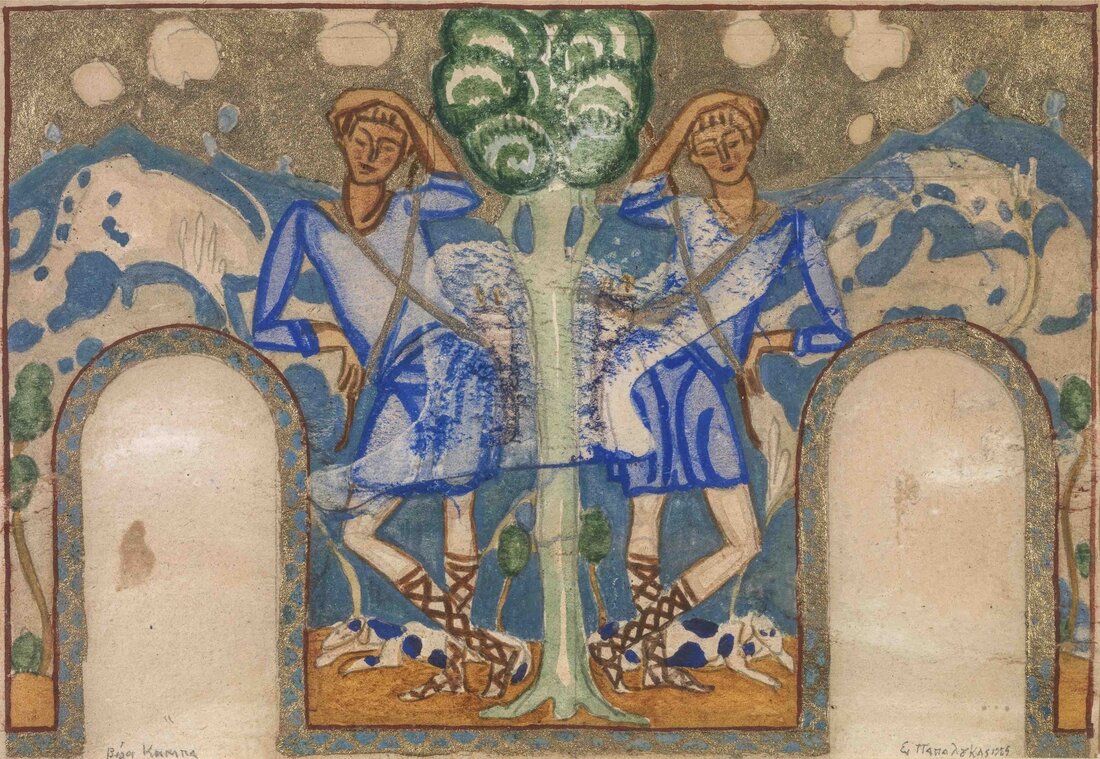 In 1924, Papaloukas enthusiastically organized his first solo exhibition, which also happened to be the first art exhibition in Greece’s second-largest city; he selected Thessaloniki’s distinctive monument, the White Tower, which he remodeled into Thessaloniki’s first exhibition space. He also participated in many group shows in Greece and abroad (London, Belgium, Italy, Canada, The Netherlands, Sweden, Egypt, and the US among others), many of which were organized by the Greek State. Apart from being active as a painter, Papaloukas also worked as a set designer for various theatres, a hagiographer and decorator, an arts editor, as well as an Arts Professor, and Director at the Athens Municipality Gallery.

Papaloukas was involved with portraiture and still life, but landscape is what dominated his paintings, which he rendered after having fully assimilated the doctrines of Byzantine art as well as post-impressionistic trends, such as pointillism. In his portraits, he adopted various techniques while in his iconography he endeavored to combine traditional Byzantine types with elements derived from modern artistic trends.

Alongside Nikolaos Lytras, Michalis Economou and Nikolaos Othonaios, he introduced innovative ways to represent nature. More specifically, the design was the core of Papaloukas’ painting action. As for the places where he lived and worked – Aegina, Lesvos, Salamis, Parnassos, Paros, Hydra – they can be grouped in distinct series in terms of style, which reflect the contemporary demands of each period under an overarching principle, that ‘painting must elicit emotion by means of its materials, rather than its subject.’ 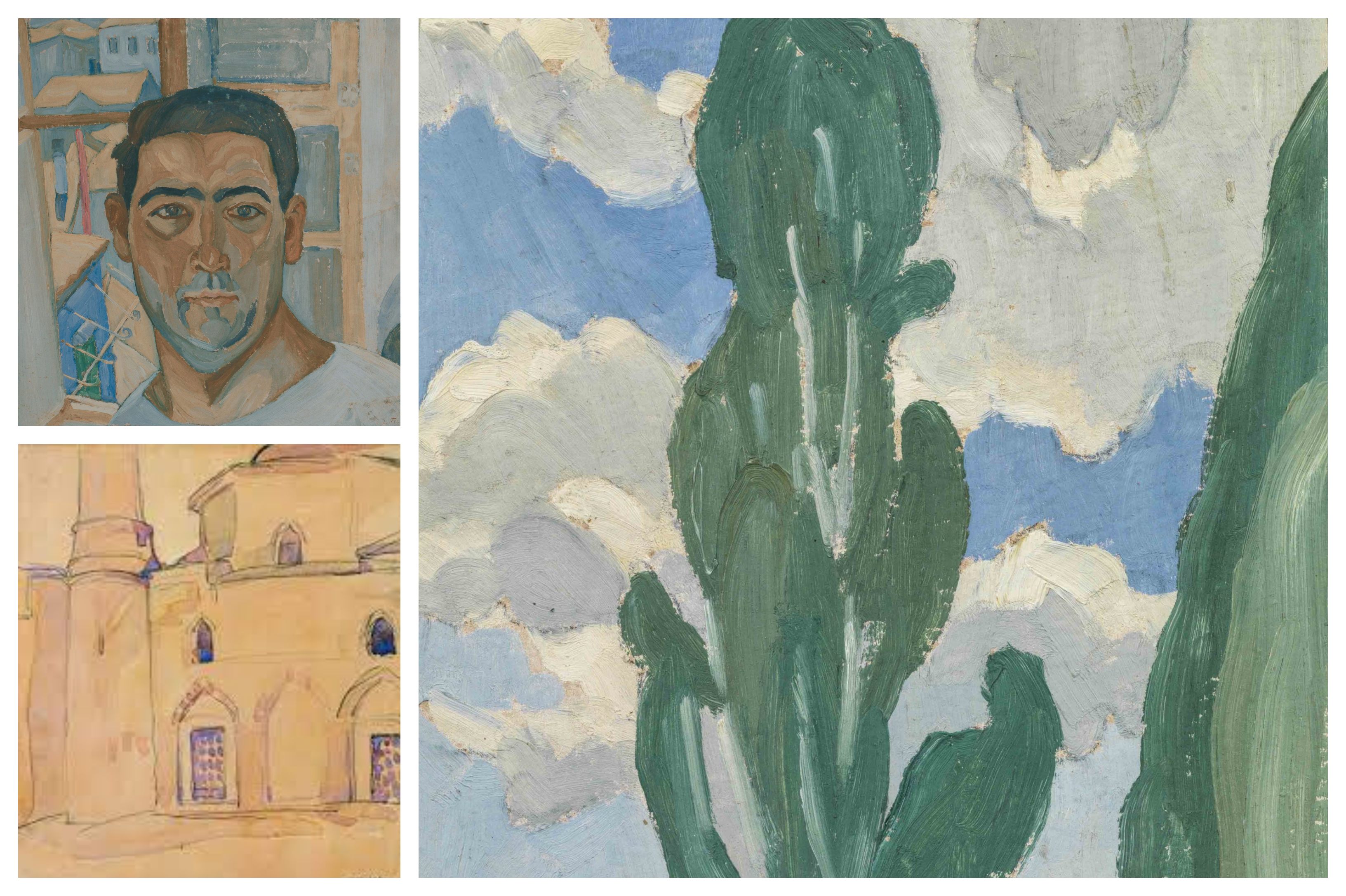 Papaloukas expanded the work of pioneer Greek artists, such as Parthenis, Maleas, and Bouzianis, while together with contemporaries such as Tsarouchis, Kontoglou, and Engonopoulos, he looked into Greece’s past - particularly Byzantine and folk art - to develop the “Greekness” of the country’s modern art movement. Within this context, Papaloukas’s oeuvre is characterized by a constant reflection and a two-way process of understanding the modern in the light of Greek tradition and using elements of tradition in the interpretation of modern art.