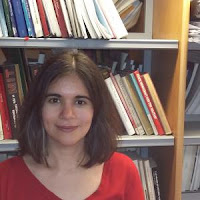 Dr Angeliki Dimitriadi, Research Fellow at the Hellenic Foundation for European & Foreign Policy (ELIAMEP), and Visiting Fellow at the ECFR Berlin Office since November 2015, argued in a recent commentary on the refugee crisis titled “Burden sharing, where art thou?” that EU member states have committed to burden sharing in principle but not in practice, especially when it comes to the so-called hotspot-relocation system.
Acknowledging the fact that there are no quick fixes to the current crisis as it would require structural changes in countries of origin and transit that often take decades to address, Dr Dimitriadi notes that no adequate solution can be developed and implemented by just a handful of member states alone - nonetheless, contributions from all can ease part of the burden.
In this context, it is time for the EU to start seriously discussing legal channels of entry for asylum seekers, to openly address demographics (i.e., how many people can the EU absorb, over what period, and most importantly, which are EU’s existing and future needs?), to offer genuine cooperation incentives to third countries and finally, to ensure that frontline states enhance their asylum systems and coordinate better their civil society organizations to avoid overlapping of resource provision.

Dr Dimitriadi believes that, even though it is clear that the hotspot-relocation system cannot provide long-term solutions to the ongoing refugee crisis, it is perhaps the first coordinated attempt by many EU leaders to show solidarity and commit to actual burden sharing. For this reason alone, it must succeed.

Commenting on the migration summit earlier this month in Valletta, in her opinion piece“Lessons in compromise: A view of Valletta and Antalya”, Dr Dimitriadi notes that although Europe’s conflicting policies have left many African states unsure as to whether their EU partners will follow through on their commitments for relocation and resettlement, the Action Plan agreed upon at the Summit is an attempt for a compromise between the needs of the African continent and the wants of the EU member states. At the G20 summit in Antalya Turkey some days later, leaders showed an understanding that the refugee crisis will not end unless the Syrian conflict is resolved and that it is a global problem needing to be dealt with in a coordinated way, shifting thus the discussion on the issue from an EU to a global level.