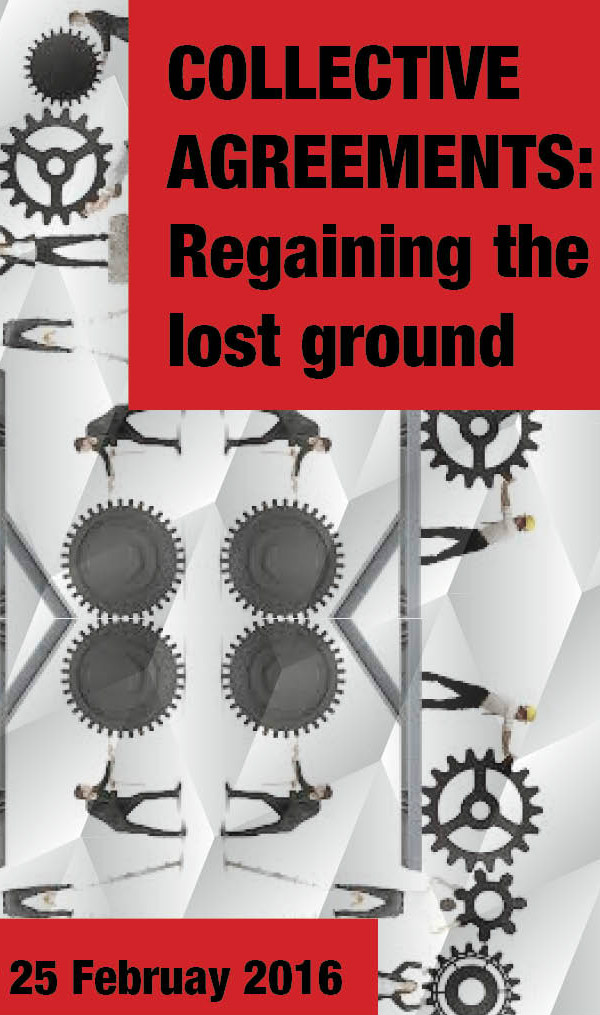 Collective bargaining is a key means through which employers and their organizations and trade unions can establish fair wages and working conditions. Against the background of a deep economic crisis in Europe, wide-ranging labour market changes are radically transforming collective bargaining in a number of EU member states, including Greece and Germany.

A GUE/NGL conference on: "Collective Agreements: Regaining the lost ground" in Brussels (25.2.2016) focused on the “Collective Bargaining within the EU Law Framework (primary and secondary legislation)” and the “experience of changes in Collective Bargaining in Programme and Post-Programme Countries” (Watch the video here; Read a summary in Greek here).

The Greek Constitution (article 22) includes references to the right of collective association, trade union freedom and strike action as well as to collective bargaining. Before the crisis Greece had a comprehensive collective bargaining system with strong multi-employer bargaining at national, industry and occupational level, along with a comparatively high bargaining coverage of around 80 per cent. At the national level, the top organisations of trade unions and employers negotiated a collective framework agreement in which certain minimum working conditions – including the level of the national minimum wage – were agreed upon. Building on that, collective agreements could be concluded both at national and regional level for particular branches or occupational groups.

This structure was fundamentally changed by the legislation introduced since the start of the crisis, which led to the IMF and EU financial bail-outs. All levels of bargaining have been affected as the government sought, through wave after wave of legislation, to meet the conditions set by the troika in return for financial support. Changes have produced a massive shift away from industry and occupational agreements to company-level deals. These are affecting the coverage of collective bargaining in the country, which seems to be falling sharply, particularly as agreements expire and are not replaced.

According to the "May Day" campaign estimations the abolition of collective bargaining led to wage cuts of up to 40%. Nearly one in three workers in the private sector is paid a net salary of 300 euros (up to 440 euros gross), being engaged in flexible forms of employment (part-time and outsourced employment, job rotation, etc).

According to the third Memorandum from August onwards, the development of Greek collective bargaining should be evaluated by an international comittee composed of independent experts as well as representatives from international organisations – including the institutions of the Troika, but also the International Labour Organisation (ILO). On this basis, further reforms of the Greek bargaining system should be decided in light of “best practices” in Europe.

The Greek government elected in September 2015, has promised action with the intention of reviving collective bargaining. 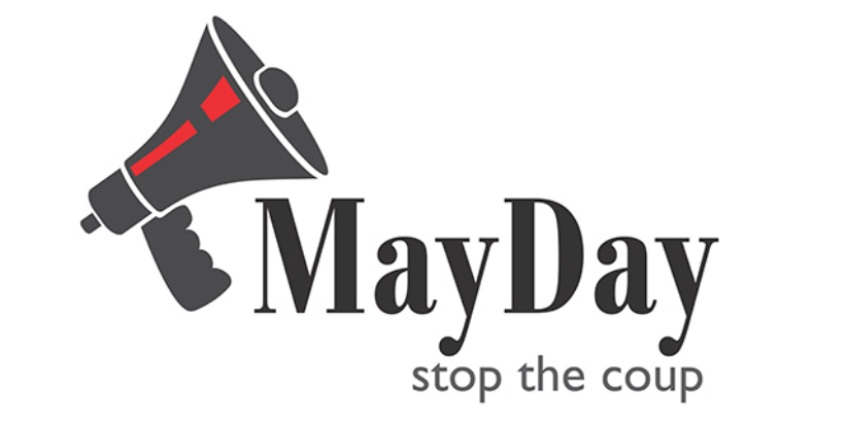 As Steffen Lehndorff has observed (The Paradox of the ‘German Model’) “before the crisis, the ‘labour market reforms’ [in Germany] had neither accelerated GDP growth nor the employment intensity of GDP growth. Their main effect was an enormous downward pressure on wages, which deepened social and economic imbalances, which, in turn, were exported into the Euro-zone and paved the way into its current crisis.” The comparatively positive economic development since 2009 is not to be attributed to labour market reforms’ policies, but rather to the first attempts at limiting the damage caused by these policies on the German labour market.” Precisely that, which has helped and continues to help Germany, has been refused to the most crisis-ridden countries.

Klaus Dörre takes a more critical look (The "German Job Miracle" - a Model for Europe?) describing the “German model” as a social model of full but precarious employment, in which people in insecure jobs and the socially excluded pay the price for an export model that is exacerbating inequalities in Europe and so destroying the foundations of its own success.

Germany’s Reiner Hoffmann: “Greece fell into a sociopolitical coma because of Troika’

In an exclusive interview at the Athens News Agency (5.2.2016), the president of the most powerful trade union in Europe, The Confederation of German Trade Unions (DGB), Reiner Hoffmann, said that Greece fell into a sociopolitical coma because of the wrong Troika (European Commission, IMF, ECB) policies. According to Hoffmann, Europe can be saved only with the enhancement of its social dimension, which can be achieved through a European minimum wage. A wage which must not lie below the 60% of the average national income, he argues. Especially for the countries of the European north, Hoffmann said that there is a need for reinforcement of the collective labor agreements autonomy, which has been damaged significantly. He disagrees with Angela Merkel because she supports this [“one company, one union" bargaining rules”] policy for Germany, while she rejects it concerning other European countries.

Concerning Greece, he believes that the country will recover through re-heating the economic growth with investments. Further cuts in the social sector will significantly reduce the internal consumption. Greece has to proceed with reforms, but these must not include further social demolition in their core, he stressed. 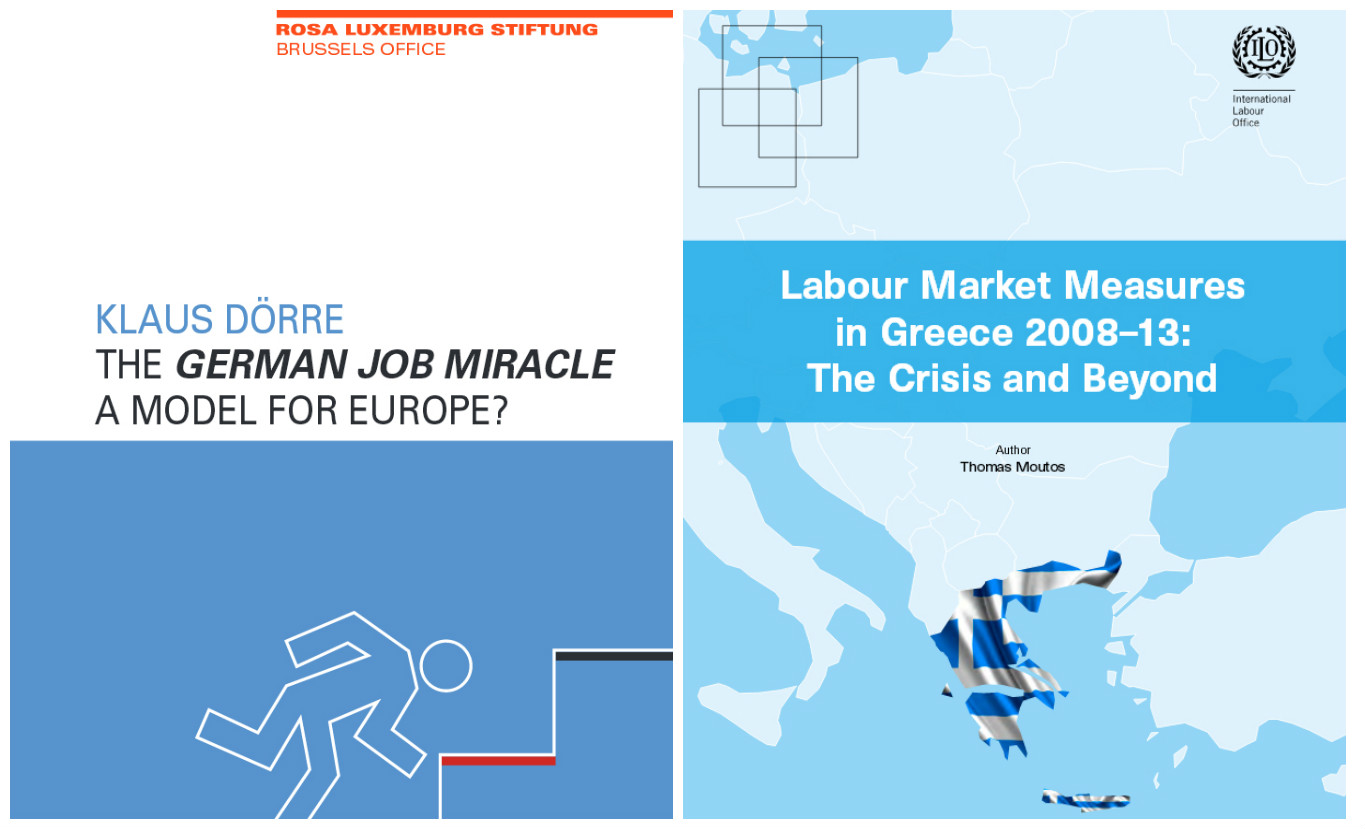