As Migrant Crisis Heats Up, Greece Calls for Respect of Common European Approach 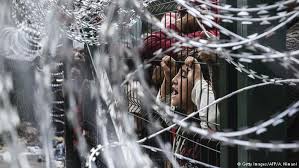 Over 12,000 refugees and migrants have been trapped in Greece since the beginning of the week, whilst Athens is taking diplomatic action to counter the border restrictions to its north that are causing the buildup. The Greek Ministry of Foreign Affairs issued a demarche to Austria over its initiative to hold a meeting on the migrant crisis between the foreign ministers of Austria and the Western Balkan countries, excluding Greece from the meeting, while PM Tsipras had a telephone conversation with Dutch PM Rutte over the refugee crisis. Meanwhile, the International Organization for Migration (IOM) announced  that at least 102,500 people have landed on Greek islands including Samos, Kos and Lesvos this year, and 7,500 in Italy.

On Monday (22.2),  the Foreign Ministry’s Political Director, Ambassador Petros Mavroidis delivered the demarche to the ambassador of Austria in Athens, Andrea Ikić-Böhm, stressing that through Austria’s unilateral move, not at all friendly towards Athens, an attempt is being made in the absence of Greece to take decisions directly concerning Greece and Greek borders. He also underscored that Greece is shouldering a disproportionate burden of the refugee and migration crisis, which is caused by the actions of others. A corresponding demarche was delivered by the Greek embassy in Vienna to the Austrian foreign ministry. 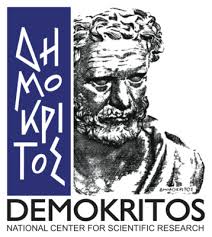 On Tuesday (23.2), Foreign Minister Nikos Kotzias issued a statement where he assessed the meeting in Vienna as “yet another extra-institutional initiative that violates the letter and spirit of the Treaties of the European Union and International Law on refugees” and underscored that the fact that Greece has not been invited to the meeting is perceived as “an unfriendly action as it creates the impression that certain parties, in our absence, want to set in motion decisions that concern us directly”. He also referred to the meeting of Chiefs of Police of the Schengen area member states with police officials of the countries of the Western Balkans that took place just hours after the conclusion of the European Council meeting last week, emphasizing that the decisions made there move in the entirely opposite direction to the decisions of the European leaders pointing to a serious democratic deficit. “Police directors cannot cancel out the decisions of elected European leaders”, FM Kotzias pointed out.

Moreover, PM Alexis Tsipras expressed his displeasure to the Dutch premier Mark Rutte over the EU's weakness to ensure the implementation of a unanimous decision regarding the refugee crisis that was reached at the recent European Council meeting.  The Greek PM called (23.2) his counterpart from The Netherlands (currently holding the EU Presidency) and referred to the meeting of the Interior and Foreign Ministers of Austria with the ministers of the countries of the western Balkans taking place today, underlining the need for the decisions on the management of the refugee flow to be taken collectively and without exclusions.  Later in the day, the European Commission and the Dutch EU presidency issued a joint statement expressing their determination to pursue a “European approach” to the ongoing refugee crisis. “We understand the pressure the different countries concerned are facing. We are concerned about the developments along the Balkan route and the humanitarian crisis that might unfold in certain countries especially in Greece,” the statement by Dutch Minister for Migration Klaas Dijkhoff and European Commissioner for Migration, Home Affairs and Citizenship, Dimitris Avramopoulos, read.

In the meantime, the International Organization for Migration (IOM)’s spokesman Itayi Viriri announced in a news briefing (23.2) that the number of migrants and refugees arriving in Italy and Greece since the beginning of the year has risen sharply compared to the same period 2015, with at least 102,500 people landing on Greek islands including Samos, Kos and Lesvos this year, and 7,500 in Italy. "We've reached that figure in two months, as opposed to last year when it was reached by the summer," Viriri said, while UN High Commissioner for Refugees, Filippo Grandi, during a visit to Lesvos yesterday, criticized the European countries that close their borders to refugees as well as the lack of progress in the EU’s relocation project. “We see countries like FYROM closing their borders leaving refugees without the possibility of legal transportation,” Grandi told journalists, adding that “the resettlement program agreed between the EU countries has not progressed”.

The UN envoy was accompanied in Lesvos by Alternate Minister for Migration Policy Yiannis Mouzalas, who underlined that Greece will intensify the diplomatic pressure and will toughen its stance “towards neighboring countries that do not accept refugees”. 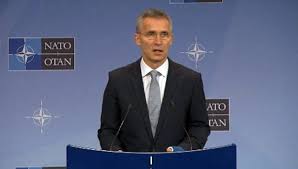 Later on, NATO General Secretary Jens Stoltenberg clarified from Brussels that third country nationals who have set sail from Turkey in a bid to illegally reach Greek territory will be returned to the Turkish coast once rescued, according to an agreement signed between the two sides. He also said NATO's role in the refugee crisis does not consist of arresting people and stopping vessels, but of assisting the work of the Greek and Turkish coast guards, as well as of Frontex. At the same time, the news coming from the Frontex front, Europe’s border control Agency, through its chief Fabrice Leggeri, reveals that it is proving near-impossible to return to Turkey migrants who arrive in Greece but have no case for asylum in the European Union, and that more border officers, ships and planes are needed to guard Greece's sprawling maritime borders.