The Experts’ Opinion on How to Handle the Crisis in Greece

A recent working paper by CESifo, a European economic research group consisting of the Center for Economic Studies (CES), the Ifo Institute and the CESifo GmbH (Munich Society for the Promotion of Economic Research), examines what economics experts from around the world believe on how to handle the crisis in Greece.

Experts from 113 countries were polled by the CESifo World Economic Survey for their opinions on Grexit and IMF intervention. During the course of the negotiations held in June and July 2015, the majority of the experts surveyed (61.9%) were against Greece exiting the Eurozone. In October 2015, the percentage of experts against Grexit further rose to 69.8%. This share was even higher among those experts based in Eurozone countries (72.3%). 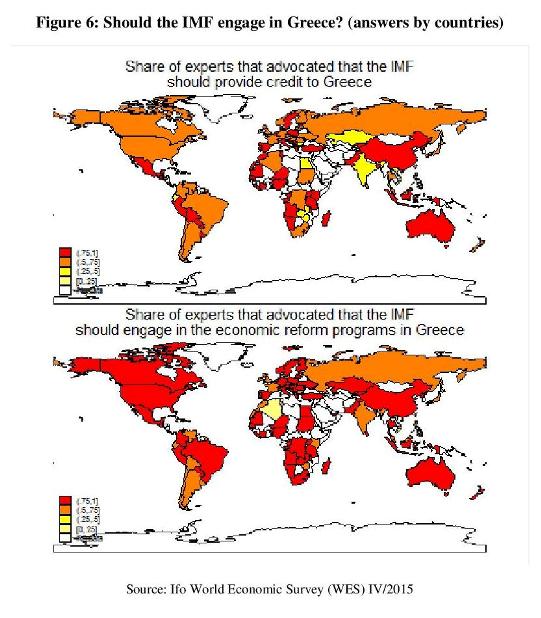 In Greece, Italy, Ireland, Portugal, Spain and Cyprus, the share of experts advocating the Grexit was particularly low, while experts from countries such as Germany, the United Kingdom, Sweden, the Czech Republic, Denmark, and Slovakia are, in their majority, still in favor of Greece exiting the Eurozone. Econometric evidence shows that experts from those Eurozone countries with high public debt-to-GDP-ratios were less likely to support the Grexit. The fact that experts from high debt countries were opposed to the Grexit indicates that they either did not believe that their countries should bite the hand that feeds them or that they felt solidarity with Greece.