The Eurogroup discussion on Greece's economic programme review and on a roadmap for debt relief talks concluded with an agreement in principle early on Wednesday morning (25.5).  According to the released statement, the Eurogroup “welcomed a staff-level agreement between Greece and the institutions, paving the way for the finalization of the first review of Greece’s macroeconomic adjustment programme.” In this way, the ESM is set to unlock the next tranche of financial assistance to Greece which amounts to 10.3 billion euro to be disbursed in sub-tranches of €7.5bn in June and €2.8bn after the summer. 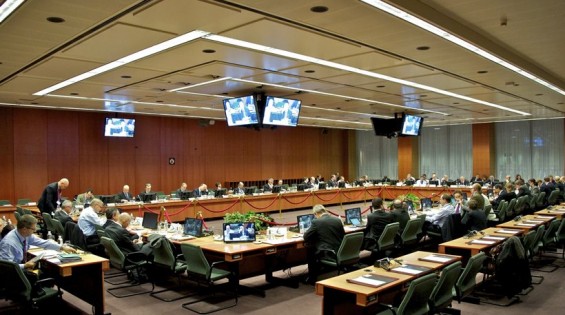 “We achieved a major breakthrough on Greece which enables us to enter a new phase in the Greek financial assistance programme” stated Eurogroup President Jeroen Dijsselbloem following the conclusion of the meeting, announcing also that the financial assistance will be released in several installments, once Greece has implemented all agreed prior actions, and the euro area member states have endorsed the agreement according to their relevant national procedures. He added that in terms of the debt there was agreement on both short- and long-term issues, as well as on a long-term mechanism. Dijsselbloem also welcomed the intention of the International Monetary Fund (IMF) to participate in the Greek programme before the end of the year, following a new debt sustainability analysis and the assessment of the measures that were decided on the debt. 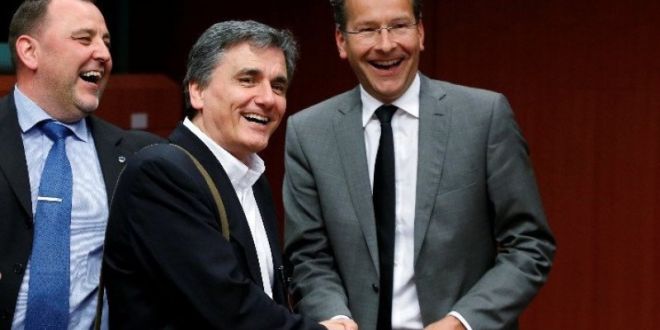 “Today's Eurogroup agreement will mark the beginning of Greece's exit from the foul cycle of economic recession”, Finance Minister Euclid Tsakalotos said from Brussels, following the conclusion of the meeting. In terms of the debt agreement, Tsakalotos noted that some measures would be implemented in the short term following the completion of the review and the disbursement of the installment, and that there is also an agreement to implement measures on mid-term and long-term levels. There is now a "comprehensive package", Tsakalotos noted, that “will allow us to be optimistic that this is the beginning of the reversal of the foul cycle in which Greece has fallen, with recession and measures, and that the country will enter a virtuous cycle with the return of investors."

International Media welcomed the completion of yesterday’s meeting, underlining that the Eurozone has hailed a "major breakthrough" on Greece. The Guardian noted that “after a marathon meeting in the Belgian capital, creditors agreed that Greece has done pretty-much everything required under its bailout” and that once a few actions that concern pensions and privatizations have been resolved the money will flow -- starting with €7.5bn in June. Emphasis was also placed on the fact that that Eurozone ministers recognized the unsustainability of the Greek Debt and the IMF would seek to follow through the bailout agreement.  Following the same tone, Reuters reported that “Eurozone hails 'breakthrough' with Greece, IMF debt deal”, noting that the Eurogroup ministers recognized the “painful fiscal reforms pushed through by Prime Minister Alexis Tsipras's leftist-led coalition” and made a “bigger step forward” with the agreement to offer Athens some debt relief by 2018, securing at the same time IMF’s participation into the bailout funding program for Greece. 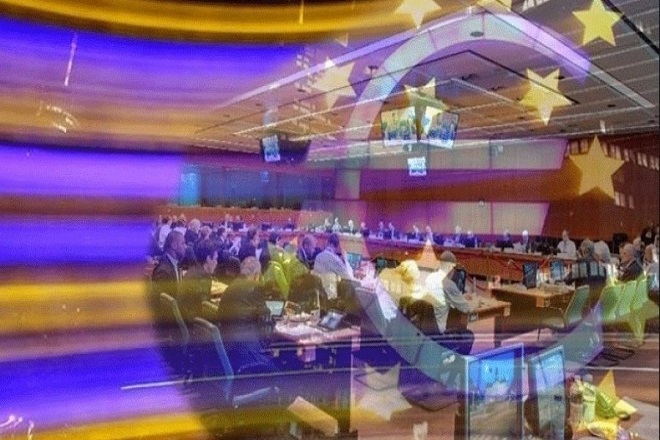 Ahead of the Eurogroup meeting the Financial Times urged with an editorial the Eurozone governments to “give Athens more fiscal room” in the lines of IMF’s proposals, arguing that they “must confront the reality that some form of relief from official creditors is a non-negotiable part of giving the country a chance of returning to economic sustainability”.