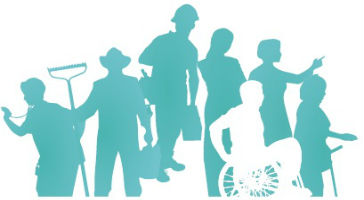 Part and parcel of the Greek government's plan to curtail the negative impact austerity packages have on socialy weeker groups, are a series of employement policies and legistlative initiatives in order to stimulate labour demand, as well as the social plan recently anounced by the PM aiming at laying down the fundamental prerequisites for a new type of state function and economic development.

Within 2016 the Ministry of Labour, Social Security and Social Solidarity aims to provide opportunities for employment to over 100,000 unemployed, via its job creation schemes. 12 schemes are already in the implementation phase; the most ambitious of these are the Public Service Job Creation Programs -aimed at the long-term unemployed- now underway in 51 municipalities. By September, another 274 municipalities will join the program with the goal of providing jobs for a total of 43.000 people by this fall. In order to further strengthen the Public Service Job Creation Programs, Alternate Minister for Combatting Unemployment Rania Antonopoulou proposed recently a law amendment in Parliament that would make it possible for municipalities, regional administrations and other public institutions (e.g. schools, hospitals), to directly design and implement employment schemes, using exclusively national funds.

Another important Ministry of Labour, Social Security and Social Solidarity project is the bill for creating a legal and financial framework that will help foster the development of Social and Solidarity Economy (SSE). According to Minister Antonopoulou, expanding Social and Solidarity Economy to all sectors of economic activity will allow the creation of new jobs and could also contribute to curbing Greece’s brain drain, by providing young people with the opportunity to launch innovative projects in a favorable fiscal and administrative environment. The difference between SSE organizations and traditional enterprises is that they have explicit economic and social objectives, involving varying forms of co-operative, associative and solidarity relations. They include, for example, cooperatives, mutual associations, social enterprise and fair trade organizations and networks.

As Antonopoulou recently noted in an interview (Makedonia newspaper 17.7.2016), “the indicators of unemployment have gotten better, as the index of the “Ergani” Information System tells us that last year we had the creation of 97,000 net jobs and concerning unemployment, we have a net decline”. Even so, unemployment remains at the extremely high level of 23,3%, and Antonopoulou acknowledges it has to drop at least below 20% in order to mark a significant change.

A Plan for a New Welfare State: 7 pillars of the government’s “Parallel Programme”

Prime Minister Alexis Tsipras, in his address to the Governmental Council of Social Policy on Wednesday 27.7.2016 unveiled a new batch of measures as part of the plan for “new welfare state” that aims to help those hit more hardly by the economic crisis. This social plan consists of seven pillars, the first of which refers to the upgrading of the health system with the implementation of a comprehensive primary health system. According to Tsipras the first primary health units will be ready in 2017.

The second pillar refers to social insurance and the establishment of a national pension; the third to the protection of the weaker social groups while the fourth and the fifth are related to the protection of employment and the tackling of unemployment. The sixth pillar concerns housing policy, and the seventh pillar focuses on education and the integration of all refugee children in the Greek education system.

This social plan is part of the government’s "parallel programme", a package of social justice measures meant to soften the social impact of the austerity measures agreed with the institutions under Greece's third bailout programme.