The limitations of an austerity budget, high unemployment and a daily influx of refugees have put a lot of strain on the healthcare sector in Greece. This February, the Greek Parliament approved a "parallel programme", i.e a package of policies in every field that aims to improve people’s everyday lives, and also to lay down the fundamentals for a more effective state function. Application of this Parallel Program has already begun, and the largest reform has taken place in the field of healthcare. A law that was passed on April has enabled 2.5 million uninsured people, who until now were unable to use the public healthcare system without incurring a heavy financial charge, to be fully covered.

Minister of Health Andreas Xanthos said that it is matter of principle: “Medical care is a basic human right that we, as a modern well-governed state, should provide equally to everyone, regardless of their insurance, working or income status.” 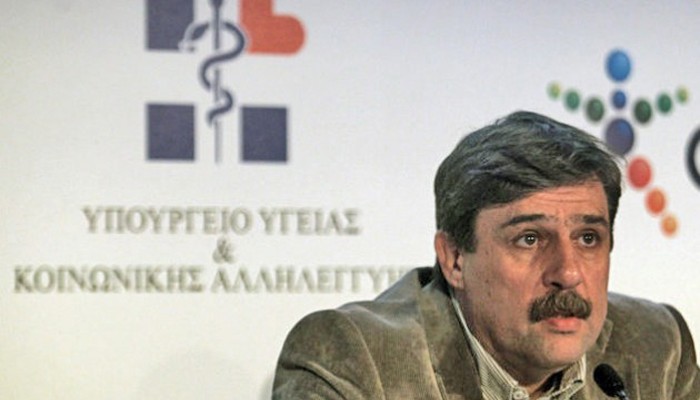 Another big reform in healthcare is the long overdue remodelling of the existing fragmented and inefficient system for primary healthcare, whose weaknesses include poor continuity of care, excessive use of curative services, lack of preventive measures, high rates of out-of pocket payments, and significant inequalities in the range and quality of health service. Minister of Health Andreas Xanthos, in an interview with Greek newspaper Ethnos, has underlined that “primary health care has been the Achilles heel of our public health system since its inception in 1983” adding that in order to reinstate an effective primary health care system, we have to reinforce the existing health structures in terms or staff, equipment and funding, as well as to create new ones.

The two main features of the new primary care system, to be implemented within 2017, are the introduction of family doctors and the setting up of local health units on every neighborhood. Initially, this new system will employ 3.000 health professionals and fund 250 local health units, to operate in 60 major cities -covering 30% of the urban population of Greece. Each family doctor will be responsible for about 2.000 people, and each health unit will cover a population of 10.000 on average. Guidelines and protocols will be followed in order to avoid induced demand and unnecessary administrative and medical costs.

The draft law that will put in place this new system is ready and soon it will enter public consultation.  Apart from the existing health structures, the system will be based on new decentralized primary care units, called Local Health Units. The Minister explained their operating model: “These Local Health Units will operate based on the model of family medicine. At the core of this model is the family doctor, along with nurses, health visitors and social workers. Each family doctor is responsible for about 2,000 people, in terms of vaccination, preventive controls, regular checkups, health education, monitoring of chronic diseases and of course referrals.”

Starting 2018, the doctors who will staff the new Primary Health System will be employed on a full-time and exclusive basis. Minister Xanthos explains: “We need to recruit about 3.200 doctors and other health professionals. On the whole, one third of the staff will be doctors of three specializations: pathologists, pediatricians and general practitioners.” In order to be retrained as family doctors, the pathologists and pediatricians will undergo a short educational programme designed by the Aristotle University of Thessaloniki and the University of Crete.

A basic premise of the system, which is based on the Portuguese model for primary healthcare, is that the citizens will trust the local heath unit and the family doctor to guide and advice them in their health decisions. This will signify a great change from the way the system functions in Greece right now: most citizens visit directly whichever medical specialists they believe can help them.

On this issue, Stamatis Vardaros, deputy secretary general for primary care, says the ministry will  be able to use the know-how of the World Health Organization (WHO): "In this effort to implement the new system for primary health we have the support of the WHO. We have presented our plan to the executives of the Organization and they declared their readiness to provide technical and scientific support for steps to be taken, based on the experience of Portugal that introduced this type of system 15 years ago.”

Overall, according to Minister Xanthos, a proper primary care model is imperative “in in order to have a universal, equal and effective public health care. It is a social investment, which will limit supply-induced demand and overspending, while ensuring quality of care.”