The eight-member* Expert Group, whose composition was jointly agreed with the Greek goverment and the institutions, was set-up in April 2016 to carry out a study on best practices on labour issues in Europe. The experts have reviewed Greek law on issues like trade law, minimum wage, mass layoffs and collective bargaining, and according to Labour, Social Security and Social Solidarity Minister George Katrougalos, their recommendations support Greek positions: “Our positions on the three main axis of the negotiation (trade union law, mass layoffs, collective negotiations) are strengthened by the report. Memorandum policies have deregulated the labour market in Greece. They have undermined all the guarantees of labour law, essentially abolished collective bargaining and created a job market jungle. It is time we returned to the European Social Model.” In another interview with AMNA, the minister predicts that negotiations with the institutions on labour issues will have a positive outcome for Greece, estimating however that they "will be tough." 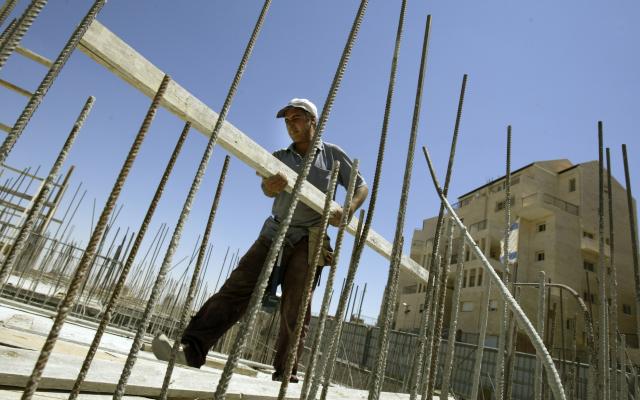 On the issue of trade union law in strikes and massive layoffs, the expert group states that there is no need for stricter rules on strikes, no urgent reason to remove the prohibition on lock-outs, while it doesn’t recommend further liberalizing mass layoffs. The experts’ proposal is that before a mass layoff is implemented, the employer must consult and negotiate with the workers’ representatives on a social plan that will provide compensation and re-education. On minimum wage, the committee concluded that a legal minimum wage should exist, taking into account the status of the economy and its prospects for growth, prices, competitiveness, employment, income and salaries. However, the committee did not reach an agreement on the determination of the minimum salary.

Effie Achtsioglou: “Our goal is to recover labor rights under conditions of guardianship”

Effie Achtsioglou,  director of the Labour Minister’s Cabinet and head of the Greek negotiation team  with the institutions on labour issues, believes that "the negotiation will be difficult, but after the positive findings of the Expert Group, we will achieve recovering labor rights under conditions of guardianship” as she mentions in an interview to newspaper “Agvi” (9/10).

As Achtsioglou further elaborates, “it is clear that, to a large extent, the report is positive and reflects the positions of the Greek government on key points of negotiation. As such, it is a powerful tool in the forthcoming negotiation and a solid basis for discussion. Obviously, some of findings are in need of clarification. However, the most important thing is that a committee of independent experts, the composition of which was jointly agreed with the lenders, clearly recognizes, sometimes unanimously, sometimes by a majority, that what took place in the labour market in Greece, from 2010 onwards, was a generalized deregulation of labor relations.”

In her interview Achtsioglou also points out that the issue of collective bargaining was something the Greek government pushed for and managed to put on the negotiating agenda, despite strong resistance from lenders, who believe that the deregulation of labor relations and the weakening of collective bargaining is a desired state. She concludes that, “given the Expert Group recommendations, the positions of the social partners and the support of the ILO (International Labour Office), if things evolve in a logical manner, the government could claim that with the completion of the second evaluation, it achieved the recovery of basic labor rights under conditions of guardianship.” 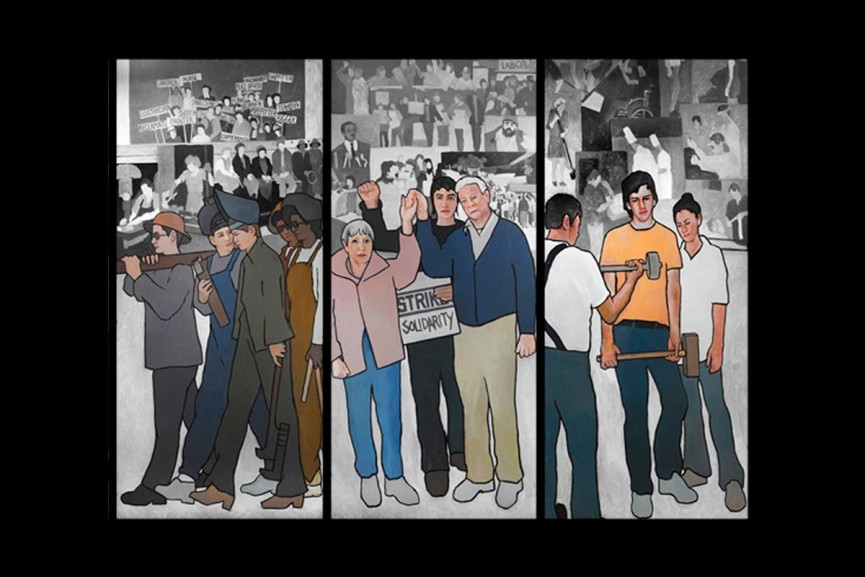 An international conference on Collective bargaining in the European social model and the future of work, organized by the Greek Ministry of Labour, Social Security and Social Solidarity took place in Athens on September 16-17. The conference was a contribution of Greece to the global dialogue on the Future of Work, recently launched by the ILO, as well as to the development of new European Pillar of Social Rights by the European Commission. Greece attaches high importance to these initiatives in view of the upcoming round of negotiations on the labour market and the efforts towards the necessary return of Greece to the European Social Model. Paricipants included Ministers of Labour, leaders of the Greek and the European social partners, academics and representatives of international organizations.

As the conference introductory note reads: "The European Social Model defines Europe’s identity. It regulates markets by terms of democracy and social justice. Putting into question this model is tantamount to the shrinkage of democracy and the weakening of equality and solidarity in Europe. The rampant neoliberalism undermines this model and the conquests achieved by the world of work over decades. Still, the way out of the crisis will not come by demolishing social rights and trade unionism. As proven by every empirical study -even a recent relevant one by the International Monetary Fund- the exploding inequalities, which are the product of neoliberal deregulation, undermine growth itself. Implementing the Memoranda regulations has led to a widespread deregulation of industrial relations in Greece, with devastating effects both on social cohesion and the economy. One of the main victims was collective bargaining. The latter, as a fundamental pillar of the European Social Model, not only does it set the rules on wages, protects employment and determines the social acquis but its function is even more crucial: it contributes to managing social conflicts so that extreme inequalities are avoided and growth profits do not end up only to a few." 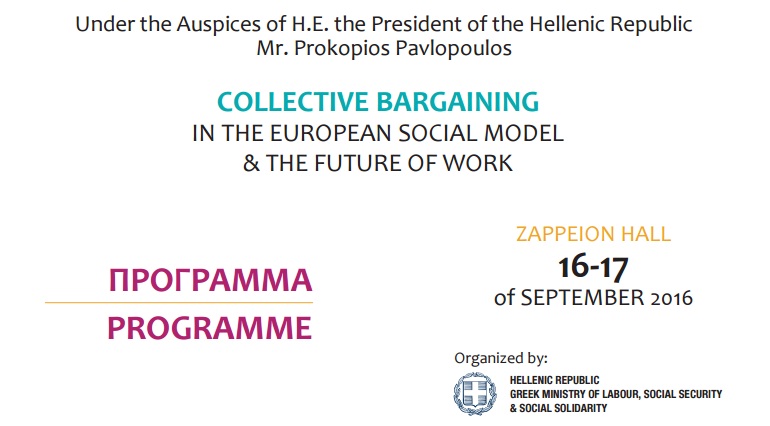