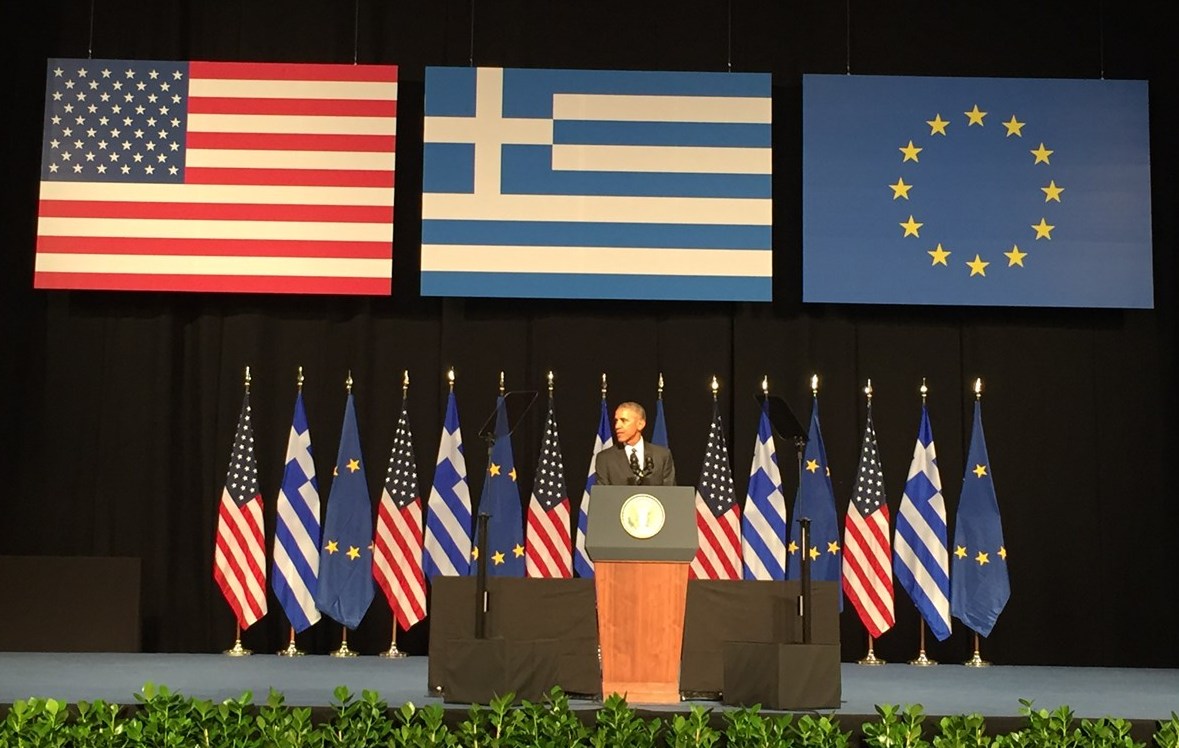 U.S. President Barack Obama offered solidarity with Greece over its debt and migrant crises during his final foreign trip as U.S. president. Barack Obama concluded his visit to Greece on Wednesday, Nov 16 and left from Athens International Airport for the next leg of his European tour to Berlin.

Speaking at the Stavros Niarchos Foundation Cultural Centre earlier in the day, Obama highlighted the need for Greece's creditors to agree to debt relief, in accordance with the advice of the International Monetary Fund, noting that the country, and especially its young people, needed to see hope and a future. "The IMF has said that debt relief will be crucial to get Greece back to growth. They are right. It is important because if reforms here are to be sustained, people here need to see hope and they need to see progress." Young people, in particular, needed to know there is a future, there is education, and jobs that were worthy of their potential, he added.

The process of reform in Greece had been essential, Obama noted, since the country's economy and debt had become unsustainable. "To stay competitive, to attract investment that creates jobs, Greece had to start a reform process," he said. At the same time, he noted that these reforms had involved "extraordinary pain" and "tremendous sacrifices" by the Greek people, which the "world does not, perhaps, fully appreciate." "Part of the purpose of my visit was to highlight for the world the important steps that had been taken here in Greece," Obama said, noting that the Greek budget was back in surplus and that Parliament had passed reforms to make the economy more competitive. "I want to commend Prime Minister Tsipras for the very difficult reforms his government is pursuing to put the economy on a firmer footing," the U.S. president added, promising that Greece will continue to have the full support of the United States as it continues to work to put the economy on a stronger foundation. "I will continue to urge creditors to take the steps needed to put Greece on a path toward sustained economic recovery," he said.

The rest of Obama's speech was devoted to challenges presented to democracies by an increasingly globalised world and the fears and tensions this generated. According to Obama widening inequality had led to "a growing suspicion or even disdain for elites and institutions that seem remote from the daily lives of ordinary people." The answer according to Obama were an "inclusive political and cultural strategy" and governments that were more open, more efficient and more effective in responding to the daily needs of citizens. "People have to know that they are being heard," he emphasised, noting that this was also one of the challenges now facing Europe.

"The world needs a Europe that is strong and prosperous and democratic. But, all institutions in Europe have to ask themselves how can we make sure that people in individual countries feel that their voices are still being heard, that their identities are being affirmed, that the decisions that are being made that will have a critical impact on their lives are not so remote that they have no ability to impact them," Obama said. Quoting Martin Luther King's saying "The arc of the moral universe is long but it bends toward justice," he noted that this happened "because there will be people, generation after generation, who have the vision, the courage and the will to bend the arc of our lives in the direction of a better future.":

"In all of our communities, I still believe there’s more of what Greeks call philotimo - love, and respect, and kindness for family and community and country, and a sense that we’re all in this together, with obligations to each other. Philotimo - I see it every day and that gives me hope. Because in the end, it is up to us. It's not somebody else's job, it's not somebody else's responsibility, but it's the citizens of our countries and the citizens of the world to bend that arc of history towards justice. And that’s what democracy allows us to do…" he concluded.

U.S. President Barack Obama on Tuesday, Nov 16  recognised the very difficult times faced by ordinary Greek men and women during the long years of crisis, in joint statements with PM Alexis Tsipras in Athens."This crisis in not an abstraction. It has had a very concrete devastating effect on the lives and livelihoods of millions throughout the country," he said. Greece was now on the road to recovery and in order to make the reforms sustainable in the long-term, the Greek economy needed 'space' to turn around and generate jobs, Obama said. "Austerity as a strategy" cannot be the way to generate growth, the U.S. president added, noting that Greeks had to see improvement in their daily lives.Noting that Greece was continuing reforms, Obama also pointed to the International Monetary Fund position that debt relief was crucial. "I will continue to encourage the creditors to take the steps needed to put Greece on the path of recovery," he said.

He noted that Greece had had to endure some difficult measures but was on the right path, making its economy more competitive and attractive to investors by carrying out the structural changes necessary in a globalised economy."Even, however, when you are carrying out structural reforms, our position has always been that when an economy is contracting this fast, when unemployment is so high, there also has to be a growth agenda," he emphasised. "It is difficult to imagine the kind of growth surge that's needed without some debt relief," he stressed. 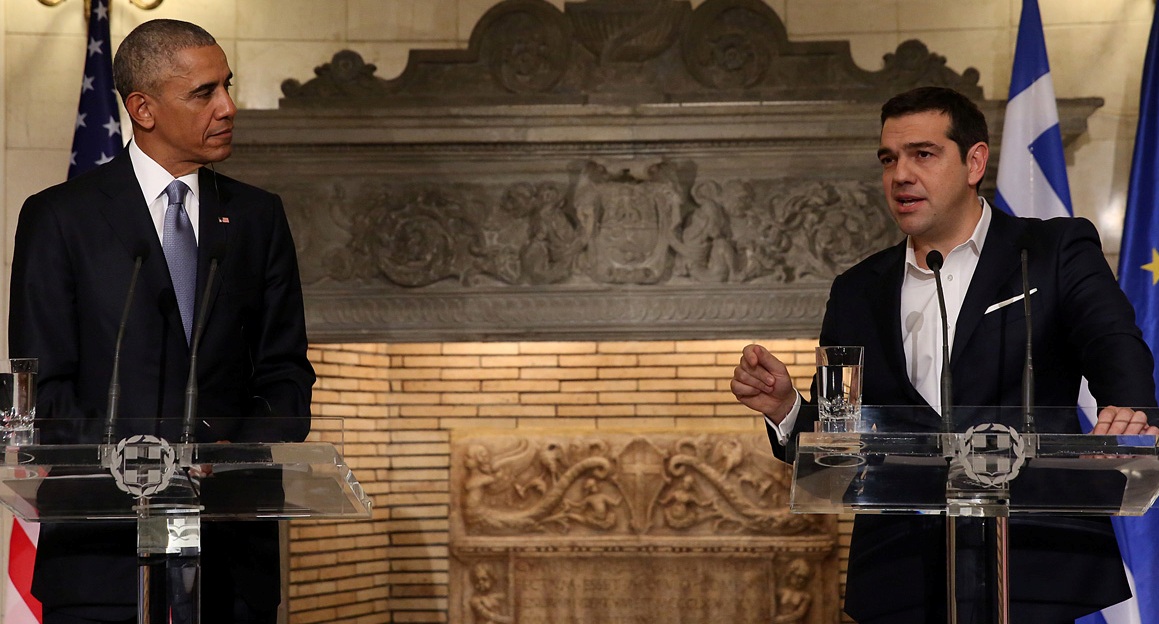 The U.S. President praised the "extraordinary compassion shown" by Greeks, especially on the islands, toward migrants and refugees in spite of their own economic hardships. He said that Tsipras had promised to increase housing for migrants and refugees and access to education for children. He promised that U.S. will continue to help with refugee crisis as much as it can, noting that the problem was not Greek but international.

Commenting on the symbolic importance of Obama’s visit

Greek News Agenda: What do you think is the symbolic importance of Obama’s visit to Greece?

Prof Papasotiriou: Obama wants to achieve three things with his visit.  The first is to demonstrate his displeasure with Turkey's President Erdogan, whom he is pointedly not visiting, whereas Turkey was included in his very first foreign trip as president.  Obama in particular is displeased by Erdogan's meddling in Syria and |Iraq, his authoritarianism and poor human rights record, as well as his perceived obstructionism regarding the efforts to resolve the Cyprus issue.  Second, Obama wants to send a message to Germany, that austerity by itself is not enough to turn the European economies towards a growth path.  Third, Obama wants to highlight the humanitarianism of the Greek islanders in the Eastern Aegean towards the refugees and contrast it to the small-mindedness of president-elect Trump and the European populist right in this matter.

Greek News Agenda: President Obama has stressed the need for debt relief during his meeting with PM Tsipras. To what degree does Obama’s attitude toward the debt - issue / austerity in Europe reflect long term American interests?

Prof Papasotiriou: Obama genuinely believes, that the German economic policy in the EU threatens the stability of the global economy.  In 2008-9 the American response to the Great Recession was much more based on a Keynesian fiscal stimulus than the EU's response.  This should be contrasted to the European Central Bank's expansionary monetary policy (quantitative easing), which is similar the The Federal Reserve's monetary policies in recent years.

In an another interesting comment in Efimerida ton Syntakton daily, Law Professor and Hellenic Parliament’s President of the Committee of National Defense and External Policy Kostas Douzinas stresses that “the fact that for his last trip abroad as a President of the USA, Obama chose Greece and Germany, meaning the weakest and the strongest link of the EU, has rightly been interpreted as effort to ensure his political legacy. After the victory of Donald Trump, who has aggressively questioned Obama’s accomplishments, the latter is in a defensive position. Instead of coming to celebrate his accomplishments, Obama has to go to Merkel to support something different than what both the Chancellor and Hilary Clinton propose: the convergence of the Centre-Left with the Centre-Right. Trump´s victory, as well as Brexit, has demonstrated that the model of convergence towards an extreme neo-liberal centre has failed. Obama knows it and for his political legacy he chose to defend policies for peoples who resist this model, like the Greeks. This is of course closer to Tsipras´ policies than to Merkel´s.” 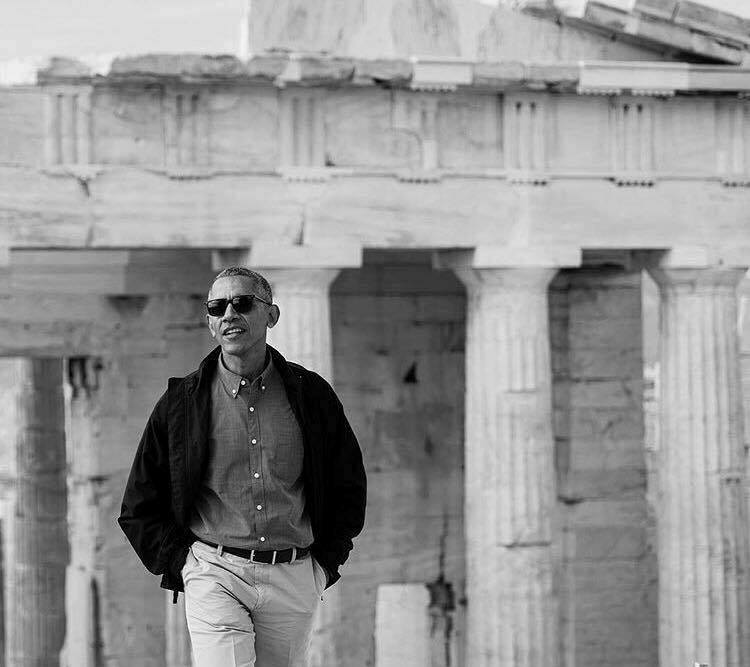