Outgoing British Ambassador to Greece John Kittmer was appointed British Ambassador to Greece in January 2013, having a broad range of experience across UK government including the Department for Environment, Food & Rural Affairs, the Cabinet Office, the Department for Education & Employment, as well as the Foreign Office. He has studied Classics at Oxford and Cambridge Universities, has an MA in Modern Greek Studies from King’s College, and is currently a part-time PhD student focusing on the poetry of Yannis Ritsos, “one of Greece’s most prolific and important 20th Century poets”.

A philhellene and fluent speaker of Greek in all its forms – ancient and modern Greek, pure and colloquial - and as a seasoned hiker, Kittner has traveled extensively throughout Greece, not only during his time four years term here but for more than 30 years now, across mainland and seas, over mountains and islands, to cities and villages, meeting friends and making new ones.

In a farewell speech at the Benaki Museum in downtown Athens on the theme “Walking in Greece: Landscape/Narrative” which Kittmer delivered in Greek, he describes his tenure as a pilgrimage, “a multidimensional journey, not like that of a tourist or a businessman or even of a diplomat, but a true pilgrimage, a journey of the body, the mind and the soul”. Kathimerini daily has published excerpts of his speech, described as a poetic and philosophical reading of the country’s landscape. Hiking across the country, he traces the steps of British philhellenes before him and the touchstones of Greek independence, narratives of modern Greek poets and fellow travel writers of ancient Greece, legendary figures of Greek mythology and the mystical experience of passing through the same landscape on foot.

Speaking to journalist Athanasios Ellis (Oct 10, 2016) about his experiences and impressions as Ambassador to Greece, Kittmer referred especially to his long time love affair with the country which precede his days as a student of Classical Studies at Oxford and Cambridge.

Touching on his experience with the political situation in Greece during his tenure, he referred to the July 2015 referendum noting how complicated it was at the time, “something that us diplomats love. Trying to analyze and explain situations that at first sight seem so complicated that nobody understands them. In London, I explained that Greece was trying to decide onvarious issues which are interconnected. What will their government be, what will its relationship with international creditors be, but also where they stand in Europe. It was a complicated puzzle… I would say that we lived democracy in practice.”

John Kittmer has been very active in social media, especially on twitter. He has also posted regularly about things Greek in his personal blogs in English and Greek.

As a farewell gesture Ambassador Kittmer has launched a series of daily tweets #ThirtyGreatThingsAboutGreece, one for each day left in Greece. Among Kittmer’s “Great Things About Greece” are #TheGreekLanguage, #BenakiMuseum, #DivineLiturgy at #Iviron Monastery, Holy Mountain, #Philhellenes, Musical traditions. Artists old and new, #AegeanBlue, The crime novels of #PetrosMarkaris, and #Corallia innovation & technology cluster.

Read more: The Man Who Would Be Greek; From Mystras to Kardamyli: A hike in honour of Sir Patrick Leigh Fermor; Gennadius, the Koraes Chair and the state of Modern Greek in Britain; Two sea-faring nations 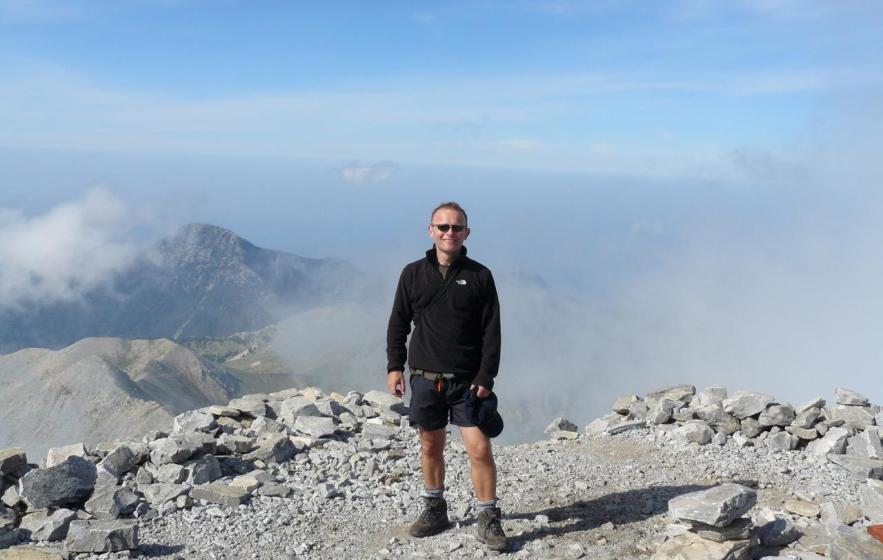