From political analysis to archaeology, from books to travelling, from R&D to cinema, theatre, poetry and visual arts, the aim is to shed light on the various aspects of a modern country in times of crisis, a country which continues to create and debate.

These online publications are not intended to act as platforms that promote an idealized image of Greece, nor as websites that reproduce one-faceted stereotypes but rather to become part of an ongoing dialogue about a country that has recently become the epicenter of multiple global crises (economic, migrant & refugee, labour) highlighting its contradictions and potential, its weaknesses and comparative advantages in a constantly changing international environment.

Interviews with people activating in the fields of politics, art, science and society in general constituted during 2016 a major project within the framework of the websites, offering a collection of different perspectives, a multi-colored kaleidoscope of modern Greece and its place in the world. In this way, Secretariat General for Media & Communication aspires to add a pint of critical thought in the open dialogue on issues that are of major concern in Greece, in Europe and around the world. 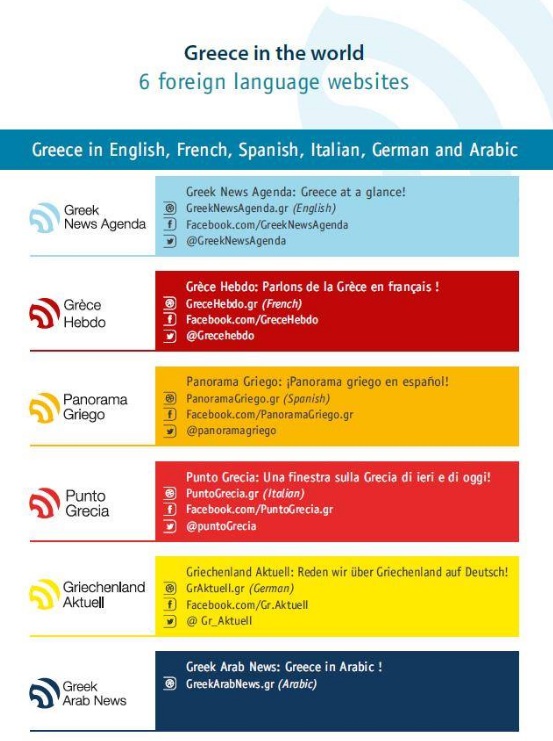