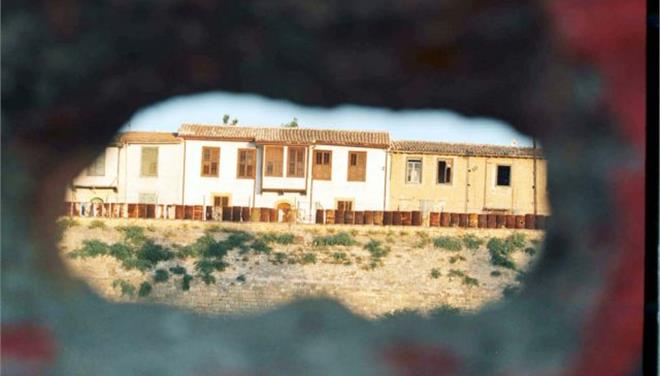 Christos Rozakis is Professor Emeritus of International Law at the National and Kapodistrian University of Athens. He currently serves as President of the Administrative Tribunal of the Council of Europe. He has also served as Judge and Vice-President of the European Court of Human Rights of the Council of Europe from 1998 to 2011 and Greece's Deputy Minister of Foreign Affairs (1996-1997). His publications lie in the area of Public International Law (mainly Law of Treaties, Law of the Sea, Subjects of International Law), Greek Foreign Policy (mainly Greek-Turkish Relations), and European Protection of Human Rights.

In his recent article for "Ta Nea" newspaper titled “The Greek-Turkish crisis and its causes” (18.3.2017), he comments on recent developments in Greek - Turkish relations, as follows:

"Turkey is going through a period of intense confrontation with many states and entities – starting with its strained relations with the Netherlands following the ban by the Dutch on a public address by the Turkish Foreign Minister and the denial of entry in the Netherlands of another Turkish Minister, along with the parallel ban of a public address by the Turkish Foreign Minister in Germany and Erdogan’s fierce reaction to these decisions which he was quick to describe as Nazi acts, and continuing with Turkey’s confrontation with the Iranian Kurds and Syria, as well as Turkish Kurds, Syrian regime supporters, the army, ISIS, in addition to its damaged relations with Israel and Egypt – it wouldn’t be an easy task to find many allies in Europe and the Middle East today willing to support Turkey. Imagine that a few years ago, as a Prime Minister at the time, he preached zero bad relations with neighbours, and, respectively, the development of friendly ties with everyone.

Under these circumstances, the Turkish President’s choice to also aggravate relations with Greece, a neighbour with whom he had every reason to maintain friendly ties, is highly problematic. The same could be said for Cyprus, where his intervention suspended intercommunity talks, prompted by a needless move by the Parliament of Cyprus that schools annually mention the anniversary of the 1950 Unionist referendum.

Regarding this incident, the overreaction of the Turkish Cypriot leader to break off the talks - and not settle, as would’ve been sensible, for an official renunciation of the initiative taken by the Republic of Cyprus - reveals the existence of Turkish coercion behind this act, so that Turkey need not confront the thorny issues on the table, namely those of security and guarantees, on which the parties maintained diametrically opposed positions. They found a golden opportunity offered by the Greek Cypriots to suspend negotiations at the most crucial point, in order to avoid the international outcry in the blame game for the failure of negotiations. But even if this were not the explanation and the reasons for the interruption were different, such as Erdogan’s need to attract extreme right voters, who definitely do not wish for a solution to the Cypriot issue, the fact remains that the Turkish president jeopardized the course of negotiations which was successful until now and strengthens that part of the Greek Cypriot side that does not hold the achievement of an agreement in a positive light.

In the area of Greek-Turkish relations per se, it is surprising to see the rekindling of the gray zones issue, which, for the first time and in a clear way have ceased being gray and have become Turkish. Indeed, the usual argument hitherto of the Turkish side was that some Aegean islets did not belong to Greece, because they were not explicitly mentioned in the Treaty of Lausanne, or the Treaty of Paris (Treaty of Peace with Italy) which ceded the Dodecanese to Greece. Turkey’s current position, as it becomes apparent from Turkish official statements, moves from questioning sovereignty - which was also threadbare, because there is no such thing as “terra nullius” (territories belonging to no one)– to the conclusion that the islets belong to Turkey. It is an upgrade in tactics, complemented by a host of actions by the Turkish navy and air force.

What are the reasons for this shift in Turkey’s stance, after a relatively calm period in Greek and Turkish relations, which was actually accompanied by exploratory talks that have now been suspended, because of Turkey, despite assurances to the contrary by the Turkish Prime Minister in recent statements? The prevailing view on the Greek side is that these extreme acts are for internal use, i.e. part of the Erdogan’s electoral campaign, who, again, as in the Cyprus case, is aiming to attract extreme audiences by displaying power and intransigence. Without contesting this approach, allow me to add another dimension: it is known that after the July coup, the Turkish army underwent a systematic persecution, with the removal of hundreds of officers as Gulen followers, which in turn took a heavy toll on the combat effectiveness of the Turkish army. Thus, in order to prove that this is not true and that the Turkish army is armed and ready on many fronts at the same time, the Turkish President has proceeded with a hardening of his position towards Greece and the active disputing of its territories.

This attitude, however, poses certain risks, given that the airplanes overflying Greek territory have been mainly entrusted to young and inexperienced pilots, whose reactions we don’t know in a confrontation with Greek airplanes, the chances of an accident are increased. It also shifts the focus of attention for Greek pilots, who have to keep extremely calm to avoid a fatal accident. It also shifts the burden back onto Greek political leadership to face the challenges by our neighbour with increased self control and prudence - in the hope that these challenges will cease when things calm down in our neighbouring country."