Eurogroup decision on Greece a 'signal' to potential investors 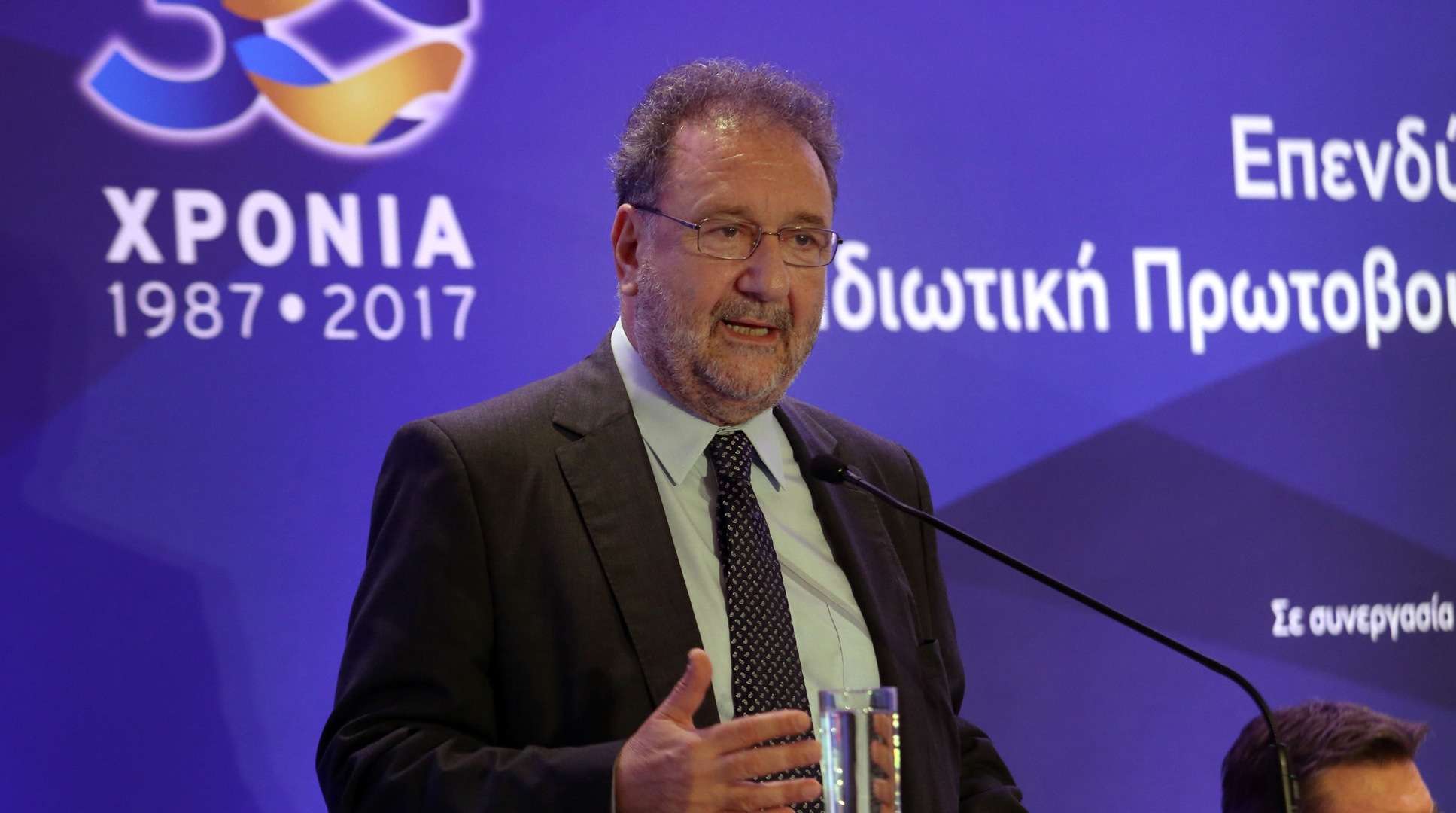 The successful conclusion of the second review has sent a signal that private investors and markets had been waiting for in order to implement their plans, members of Greece's business community and government ministers told the Athens-Macedonian News Agency on Saturday 24.6.2017. According to Deputy Economy and Development Minister Stergios Pitsiorlas, meanwhile, the way was now open to capitalise on the strong and growing investment interest being expressed by major international business groups and brands.

"With the conclusion of the review, Greece is turning onto a new page and entering a period of stability," Pitsiorlas said. "The configuration of international economic balances highlights the privileged role that our country can play, chiefly through its strategic geographic position. We have to put these opportunities to immediate use, creating a productive economy while overturning the distorted mentality that was dominant in the past. The year 2017 will be a turning point," he added.

According to a Pricewaterhouse Coopers report in March 2017, there are 69 major investments in energy, transport infrastructure, tourism and waste management planned up to the year 2022, whose total worth amounts to 21.4 billion euros.

Representatives of Greece's business community emphasised the need to continue reforms so as to retain investors' interest, in statements to the ANA. According to Constantine Michalos, president of the Central Union of Chambers and of the Athens Chamber of Commerce and Industry (ACCI), the Eurogroup's decision on June 15 had been a sign that Greece is capable of completing fiscal reform programmes and emerging with a significantly improved economic environment. The Eurogroup was the first signal to ignite investors' interest, Michalos noted, but the final signal that would convince them to come and exploit the major investment opportunities offered by the country will have to come from Greece itself. "Significant reforms have already started which, if they continue and are completed, will open wide the doors to foreign investment in our country," he said.

The head of the Hellenic Confederation of Commerce and Entrepreneurship (ESEE) Vassilis Korkidis, on his part, said that attracting foreign investments will be the next great challenge for the government. Greece offered plenty of investment opportunities, in spite of the crisis, Korkidis pointed out. What was lacking was confidence in the political system and the incentives so that investors might be persuaded to support growth with their capital. The main thing, he added, was to find the political will, have a national strategic investment plan and a realistic timeframe.

Moody's ratings agency on Friday announced that it was upgrading Greece's credit rating one notch, to Caa2 from Caa3, citing the successful completion of the second programme review, the improved fiscal prospects, as well as tentative signs the economy is stabilising. It also upgraded its outlook for the country to positive from stable.

The full text of the rating agency's press release is as follows:

"Moody's Investors Service ("Moody's") has today upgraded Greece's long-term issuer rating as well as all senior unsecured bond and programme ratings to Caa2 and (P) Caa2 from Caa3 and (P) Caa3, respectively. The outlook has been changed to positive from stable.

The key drivers for today's rating action are as follows:

Successful conclusion of the second review under Greece's adjustment programme and release of a tranche of 8.5 billion euros in the coming days. Beyond the near-term impact of allowing Greece to repay upcoming maturities, we consider the conclusion of the review to be a positive signal regarding the future path of the programme, as it required the Greek government to legislate a number of important reform measures.

Improved fiscal prospects on the back of 2016 fiscal outperformance, expected to lead soon to a reversal in the country's public debt ratio trend. The government posted a 2016 primary surplus of over 4% of GDP versus a target of 0.5% of GDP. Moody's expects the public debt ratio to stabilize this year at 179% of GDP, and to decline from 2018 onwards, on the back of continued substantial primary surpluses.

Tentative signs of the economy stabilizing. While it is too early to conclude that economic growth will be sustained, Moody's expects to see growth this year and next, after three years of stagnation and a cumulative loss in output of more than 27% since the onset of Greece's crisis.

The decision to assign a positive outlook to the Caa2 rating reflects Moody's view that the prospects for a successful conclusion of Greece's third adjustment programme have improved, which in turn raises the likelihood of further debt relief. The euro area creditors have committed to further extend Greece's repayment terms to the EFSF (European Financial Stability Facility; senior unsecured Aa1 stable) if needed after August 2018 when the programme ends. Later repayment to official creditors would improve Greece's capacity to service debt held by private sector investors, to which Moody's ratings speak.

The worst for Greece was now over and its economy would now start on a virtuous cycle of recovery and growth, Allianz Chief Economist and academic Michael Heise told the Athens News Agency in an interview on Saturday.

"Greece is at a positive turning point for a better growth course. It has achieved one of the greatest fiscal adjustments and is now at a very good starting point for new economic growth" Heise said, while in Greece to address the Greek-German Chamber of Commerce.