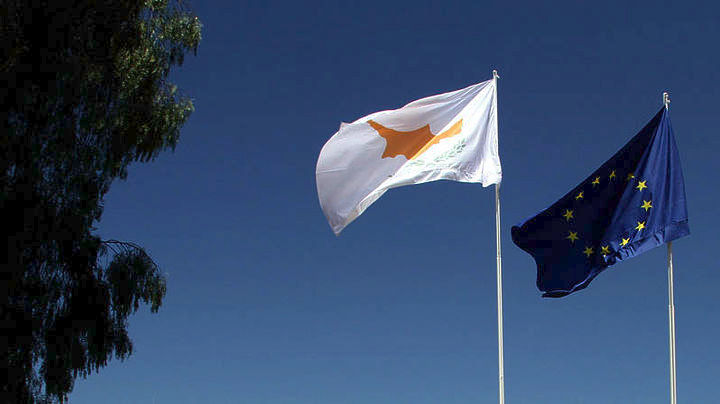 Parliamentary session (11.7.2017) regarding the outcome of the Conference on Cyprus, which was concluded a few days ago in Crans Montana (Switzerland), showcased that, although negotiations failed because of Turkey’s persistence in retaining intervention rights on Cyprus, the Cyprus issue remains a pillar of Greek foreign policy, a pillar around which a wide coalition has been formed by all political parties.

As Prime Minister, Alexis Tsipras, noted, the Cyprus issue should not be viewed as a dispute between Greece and Turkey. It is a European, an international issue? and it is a significant accomplishment of the Greek diplomacy that, for the first time, both communities and the three guarantor powers met in Switzerland in order discuss the chapter of security and guarantees. Alexis Tsipras, underlined “there is wide consensus among all political parties, on the necessity of constantly endeavoring towards reaching a just and viable solution on the Cyprus problem, without guarantees, without an army of occupation on the island and certainly without rights of intervention by third parties on a unified, autonomous, independent Cyprus which is a member-state of the European Union”.

"Ladies and Gentlemen, colleagues, I considered it necessary to ask that the Plenary Session be convened today, based on the relevant article of the Standing Orders, to brief Parliament on the course of the Cyprus issue following the termination of the talks in Switzerland in the early morning hours of last Friday.

Moreover, it is clear, as I repeatedly had the opportunity to highlight in my one-on-one meetings with the heads of the parliamentary parties, that the just, viable solution of the Cyprus problem is an objective of national importance, the achievement of which hinges on dialogue and continuous communication between the political parties.

In this context, the Greek government, the Greek delegation during the talks, firmly supported our country's longstanding positions throughout the negotiations:

First, that a just and viable solution of the Cyprus issue, to the benefit of the Cypriot people as a whole, Greek Cypriots and Turkish Cypriots, can be achieved based only on the Resolutions of the UN Security Council and on the capacity of the Republic of Cyprus as a member-state of the European Union.

Second, that Greece firmly supports the efforts of the Republic of Cyprus in the intercommunal talks, but is involved only in the negotiation of the Chapter on Security.

Third, that in the context of the talks, Greece is in ongoing coordination with the Republic of Cyprus, whose people will be called upon to make the final decision.

Based on these longstanding positions, we persistently and resolutely highlighted the fact that a just and viable solution to the Cyprus problem entails, first and foremost, the elimination of the consequences of the invasion and occupation of a portion of Cyprus. In short, it entails the abolition of the rights of intervention and the guarantees, and the withdrawal of the occupation forces.

At this point, allow me to highlight in particular the decisive effort, of historic importance I would say, of the Foreign Ministry's negotiating team and of the Foreign Minister, Mr. Kotzias, personally, for which I would like to thank him publicly today. Because the Greek side made it absolutely clear in all the fora and in our international meetings that no state in the 21st century, and in particular no member state of the European Union, can be considered sovereign and independent if third countries have guarantee and intervention rights over it.

Because the Greek side also made it absolutely clear that no state of the European Union – and certainly not Greece – could accept and be a signatory to Turkey's right to intervene in a reunited Republic of Cyprus; that is, in a member state of the European Union. It also pointed up the fact that a reunited Cyprus under a system of guarantees would never be able to express itself with an independent voice on a European level, with all of the repercussions this would have for the European Union itself, and the fact that the perpetuation of guarantees and the presence of the occupation troops in a reunited Cyprus would undermine daily any effort for peace and reconciliation on the island.

Ladies and gentlemen, colleagues, I believe that, to a degree – perhaps for the first time to such a degree – we were able to persuade the international community to adopt these positions, and I think it is equally important that we convinced them of our intentions; that is, that we did not take part in the negotiations and talks to waste negotiating time and play the blame game regarding the failure of the talks, but rather that we were sincerely striving for a solution that can benefit all of the people of Cyprus, ensuring that the mistakes of the past are not repeated and that the security of one Community will not be created to the detriment of the security of the other.

About a year ago, we began submitting a number of proposals, among which was the conclusion of a trilateral friendship pact and the creation of a UN monitoring mechanism. These are proposals that, together with the change in the structure of the state, the police measures and the participation of the European Union, would also bolster the Turkish Cypriot community's sense of security.

In this context, we repeatedly invited Turkey – including in the first phase of the talks in Switzerland, this past January, but also now, in the second phase – to preparatory consultations. Unfortunately, there was no response. And I say this with real dismay, because, as we saw, had we managed to make prior substantial progress on this chapter – as progress was made on other chapters – the prospects for a solution in Switzerland would have been much better.

But what became apparent, despite certain hopeful indications, was that, in the end, Turkey did not intend to commit to a solution that would allow for a reunited Cyprus to be truly independent and sovereign; that is, a solution without third-country rights of intervention or, of course, the withdrawal, if only gradual, of the occupation army.

I don't want to go into further detail about the outcome of the negotiations. The floor will now be taken by the Foreign Minister, who yesterday briefed the representatives of the political parties in detail. But I think the coming time is very important, making resolve and composure imperative on a number of issues related to our discussion today.

Allow me to prioritize them briefly:

As a sovereign state, the Republic of Cyprus has the inalienable right to choose the manner in which it exercises its rights; rights deriving from International Law and the Law of the Sea.

And it goes without saying that, in this choice, it will have the support of Greece and the European Union, as well as the support of the international community as a whole, against any threat.

Second, I want to stress that the termination of the talks in Switzerland is not the end of our effort. The just and viable solution of the Cyprus problem within the framework of the UN Resolutions is, and will continue to be, a central axis of Greek foreign policy, a central objective for a country that is a pillar of peace, stability and security in the wider region. In this context, we are always open to the reopening of the talks under the UN, to the extent, of course, that interest is expressed by all sides. And we will continue to move in the same direction: Defence of our principles, in combination with a diplomacy that is not based on phobias and obsessions of the past, but on constructive proposals and the building of international support.

And of course we will capitalise on the fact that the abolition of the guarantees and the withdrawal of the occupation forces is now, thanks to the Greek side's efforts, part of the international community's agenda for the settlement of the Cyprus problem, as was confirmed by the UN Secretary-General, a person held in very high global regard. A political figure who is, I would say, of very high standing and can continue – and we hope will continue – this important effort to find a just and viable solution to the Cyprus problem.

Point four: our message to Turkey, which was also pointed up during the talks on the Cyprus issue, must remain firm, particularly in these difficult moments. We are determined to defend our principles and rights against any threat or illegal claim. At the same time, we are committed to pursuing issues on which we are divided and to building a relationship based on respect for international law and on mutual respect.

It remains to be seen, of course, whether and to what extent Turkey will recognise the importance of a just and viable settlement of the Cyprus issue for Turkey itself, for our bilateral relations, its relations with the EU and for Turkey's European perspective, as well as its importance for security and stability in the wider region.

Ladies and gentlemen MPs, following my briefing, I would like to close – hopefully without going too much over the time limit set in the Standing Orders – by welcoming the decision of the Greek and Cypriot Parliaments, dating from January 2016, for shared access to all of the documents that came to the knowledge and into the possession of the Hellenic Parliament between 1986 and 1988, during the proceedings of the Investigation Committee of the time, regarding the "Cyprus File".

The testimony provided at that time by witnesses to everything related to the Cyprus tragedy is a rich and useful resource of great historical importance. Twenty-nine years after the Investigation Committee and forty-three years after the invasion, the Hellenic Parliament will give the full series of these documents to the Cypriot House of Representatives, so that, as is its right, it can open up an issue that concerns mainly the Cypriot people; an issue – the period under investigation – that the Cypriot people have a right to know about and to open up, for scientific and historical reasons, of course.

I would like to highlight – and you will already be aware of this – that this decision of the two national assemblies was taken some time ago. Consequently, it has nothing to do with the course of the talks on the resolution of the Cyprus problem. In fact, I would say that, irrespective of the talks and their outcome, it is a obligation of the Greek state to the Cypriot people; an obligation that has gone unfulfilled for decades now. It is the very least in the way of tribute to and an historical vindication of those who fought, resisted and made sacrifices during the coup against Makarios and the invasion and occupation of a part of Cyprus by operation Attila.

In that spirit, I would like to believe that all of the democratic political forces will support this historic gesture of the Hellenic Parliament, just as, a short time ago, they approved the cooperation protocols between the two national assemblies; protocols through which this initiative was launched. 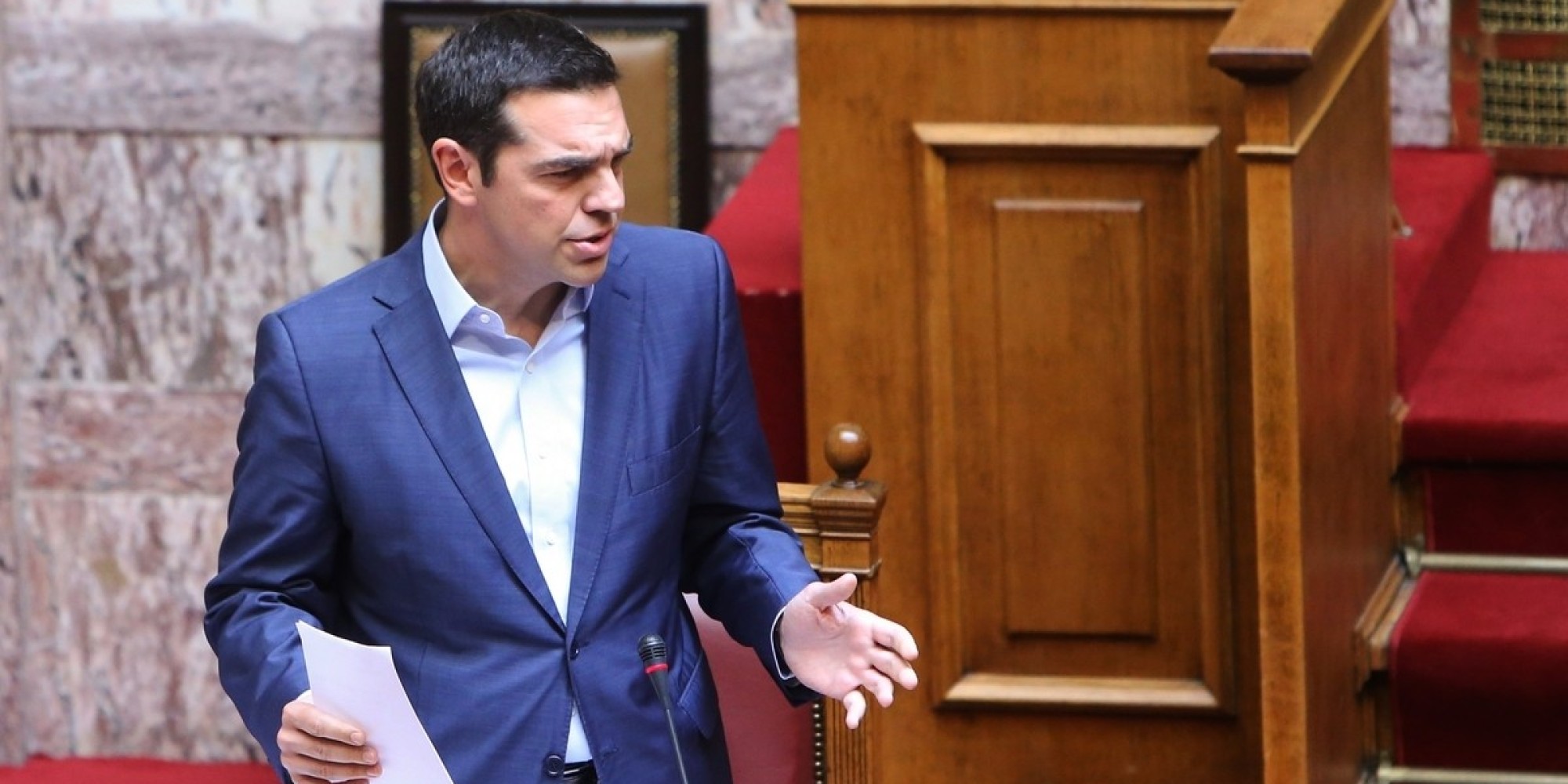