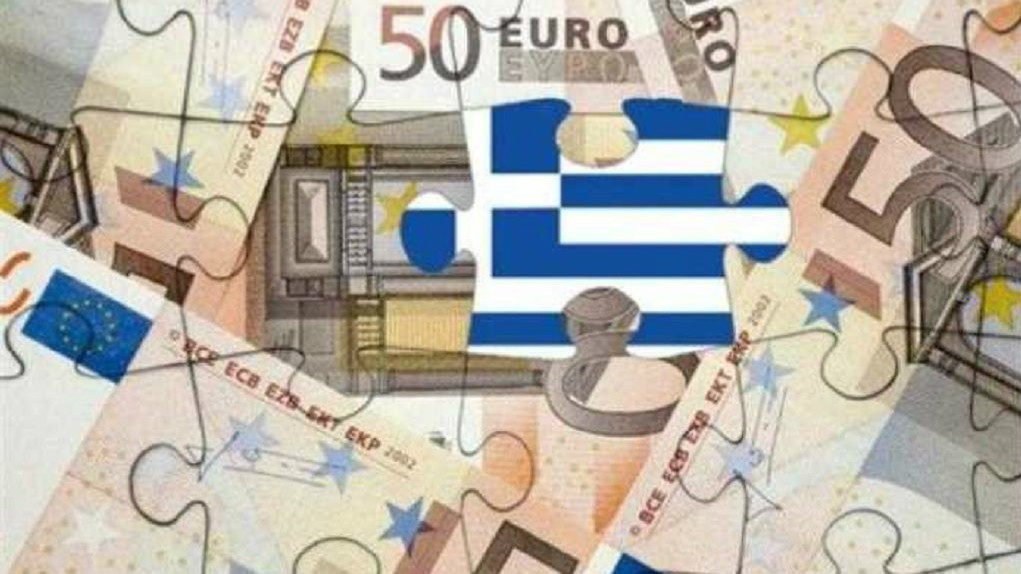 In its first attempt to return to the bond market in three years as its debt crisis eases, the Greek government officially launched the process for a new bond offering on Monday (24.07) afternoon. Greece  invited holders of its 4.75 percent outstanding bonds maturing in 2019 to tender them for cash, along with a plan to offer new five-year paper. "This decision is a significant step, part of Greece's strategy to regain viable and steady access to international markets", prime minister Alexis Tsipras's office said in a a statement, referring to the new five-year bond issue.

"Now is the time to plan the successful conclusion of the programme in August 2018 and the post-programme period for Greece," Prime Minister Alexis Tsipras and EU Commissioner Pierre Moscovici declared at their meeting in Athens today (Tuesday 25/7). "You are visiting Greece on a special day, it is the day that Greece successfully returns to the markets, and this is the most important message and the most essential step in concluding this unpleasant adventure of the memorandum," Tsipras told Moscovici. "The information so far is very positive," he said adding that investors have welcomed the Greek bonds."Now it is the time to talk about Greece's future, how we will cooperate, how we will work in order to successfully conclude the programme next year and plan the next day for Greece," Tsipras underlined.

"We expect the interest rates to reflect the rather positive course of the economy," Deputy Economy and Development Minister Stergios Pitsiorlas said on Tuesday in an interview with the Athens-Macedonian News Agency (ANA).The minister stressed that everyone must contribute to turning the positive economic climate into a real momentum that will help the country exit the crisis, "so that we get back on the growth track and provide relief to the people who need it". Regarding the investment climate, the minister added that investments are already being carried out, tourism performs well and there are positive results that encourage initiatives.

The conditions and the intentions for a first attempt to tap markets are both there, general secretary for Fiscal Policy Fragkiskos Koutentakis told the Athens-Macedonian News Agency in an interview published on 22/07. Greece’s return to the markets would be timed so that it "is absolutely safe and successful," he added.

Koutentakis acknowledged that the market interest rates for Greek bonds will be higher than those offered by the European Stability Mechanism (ESM). However he points out, the aim is not to achieve the cheapest borrowing rate but that the country gradually returns to normality, financed by the markets and does not depended politically volatile lending from the official sector.

Referring to the state of the Greek economy, the general secretary noted that the country, after implementing an extremely tough fiscal adjustment programme has "left behind it any trace of financial risk. The fiscal adjustment, combined with the completion of the second review have eliminated the main sources of uncertainty and improved the prospects of the Greek economy," he added.

Koutentakis also pointed out that these positive prospects have had a visible impact on economic activity. "We are already seeing encouraging signs; the labour market is showing impressive momentum since the start of the year, while the bond markets have been responding particularly well in recent weeks. This favourable conjunction must be preserved and reinforced," he said.

Commenting on the release of the latest IMF Staff Report on Greece, economist Kostas Melas, said in an interview in newspaper Epohi (23/07) that “the report is in line with the previous one regarding its fundamental considerations; there has been clear progress, but beyond, that a number of issues remain open. The most important thing is that the IMF considers Greek debt not sustainable, not using however the wording "highly unsustainable" of the previous report. The second point is that the IMF insists that the fiscal policy being pursued does not help development, because it has failed to extend the tax base, thus burdening certain categories of citizens. The third point is that the rehabilitation the financial sector is essential, because if Greece´s exceptionally high non-performing loans are not reduced, a new intervention will be required, involving a sum of around EUR 10 billion as a guarantee fund. […] The fourth and conclusive point of the report is the Greece should move forward with reforms, such as opening up markets, expanding privatizations, widening the tax base, reducing pension expenditure, etc. Overall, Melas believes the IMF report notes that there has been progress, but it put pressure on the Greek government to deepend structural reforms and on the creditors to provide debt relief and reduce the primary surplus targets. 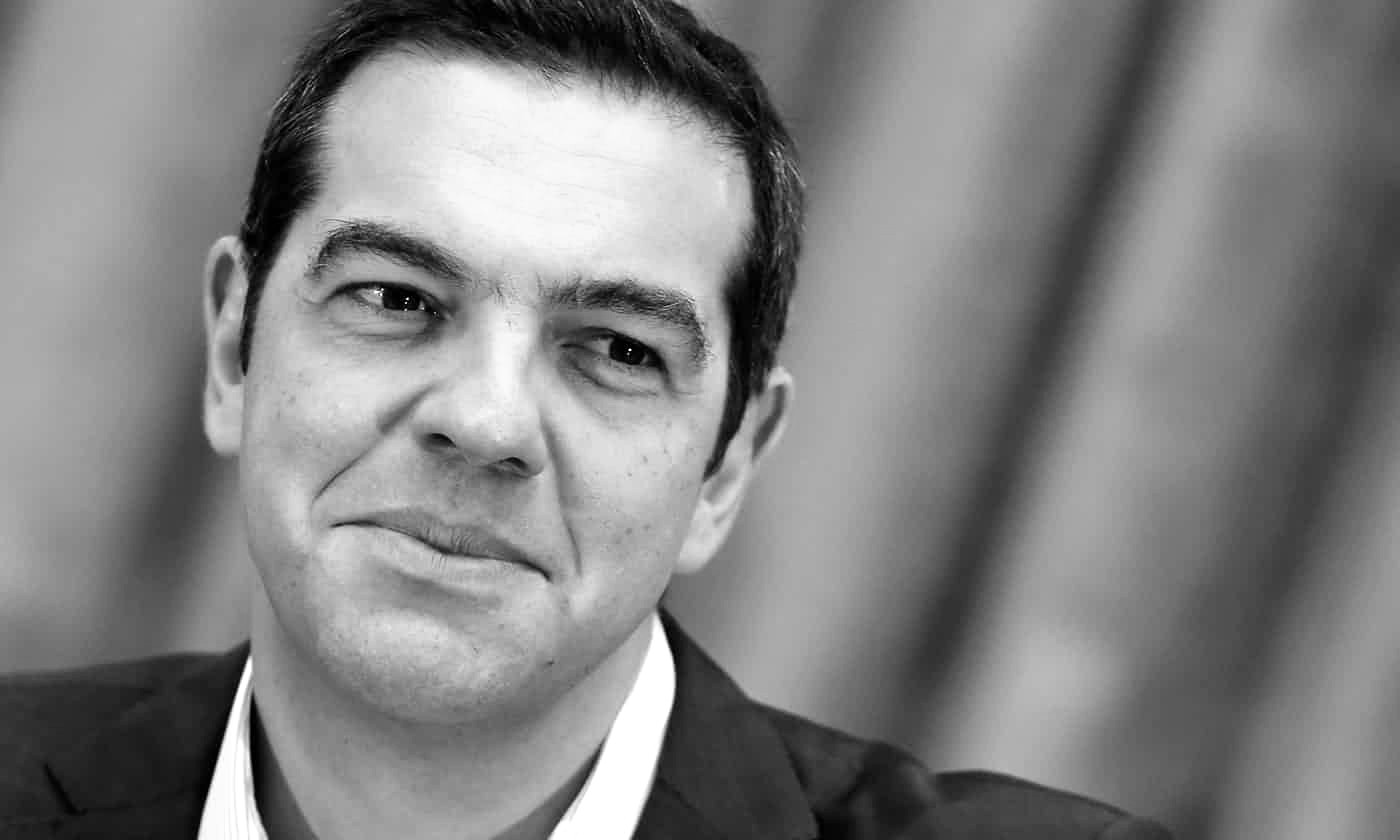 Alexis Tsipras interview @ the Guardian: 'The worst is clearly behind us'

In a recent interview for Guardian newspaper prime minister Alexis Tsipras says that after  the IMF’s agreement “in principle” to participate in the latest €86bn rescue programme, with fiscal measures also legislated, and a horizon free of elections until September 2019, he can, he can get on with the business of governing; of applying an agenda more in line with the liberal values of his party. To this end, laws aimed at alleviating hardship, starting with reconstruction of the shattered welfare state, are in the pipeline: “All this time we have been in continual negotiation and continual quest for compromise between our programme and the memorandum [of bailout conditions],”insisting that while supervision will continue until the expiry of the country’s current bailout, the next 12 months will be easier.

“The big breakthrough will come in August 2018, when, after eight years, we’ll emerge from the programme and international oversight. In the negative climate that prevails today, it is something the average Greek still doesn’t quite believe.” Now, he says, the time has come to push ahead with “a new model of development”: one that exploits the nation’s highly skilled young professionals, redresses the brain drain that has seen close to half a million flee already, and ensures that the mistakes of the past – sins embodied by epic corruption and cronyism – are never repeated. Greek society has changed and matured. “Our first priority is to regain our [economic] sovereignty,” he explains, adding that plans are afoot to exploit Greece’s prime geopolitical location, at the crossroads of three continents, and promote its potential as an international energy, transport and telecommunications hub.