Minister Pappas' interview with "Le Monde" : "France has always been on our side" 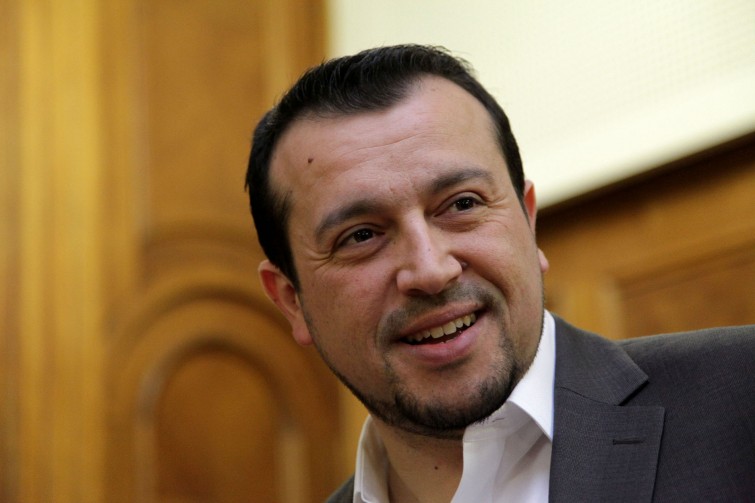 (Extract from the interview given by the Greek Minister of Digital Policy, Telecommunications and Information to the French newspaper Le Monde)

French President Emmanuel Macron will visit Greece on 7 and 8 September 2017, in which he will underline French support for Greece, on a two-day official visit highly anticipated by the Greeks wishing to convince their European partners that Athens is now on the way out of the crisis. If the French President attempts to send a message of confidence concerning the Greek economic recovery, he also seeks to set the framework for his European policy in his speech on democracy and Europe, which he wisely chose to give on September 7 on the hill of Pnyx, the symbol of ancient Athenian democracy, as it was - in the heart of Athens - the seat of the Ekklisia tou Dimou, the assembly of citizens who voted state laws.

Nikos Pappas, Greek Minister of Digital Policy, Telecommunications and Information, is among Prime Minister Alexis Tsipras's close associates (his “right hand”). Debt, growth, a democracy deficit in the European venture ... The Minister focuses on what the Greeks expect from this visit.

A few months ago, President Obama addressed the world from Athens, praising the virtues of democracy. Today, from the same ancient setting, Pnyx, it is Emmanuel Macron’s turn to outline his vision for the reestablishment of Europe…Greece is a popular reference, when it comes to talking democracy.

Greece is not just a symbol. Greece is important for Europe because of its geostrategic position. There is substance behind this visit. First of all, France has always been on our side - historically, and more so in the last years of the crisis, while striving to safeguard the integrity of the Eurozone. At the crucial moment, thanks to France, our survival in the Eurozone was guaranteed in the turbulent 2015 period.

Today, there is a tendency in Europe to claim that everything goes well politically and institutionally, which is not the case. There is a real problem of democratic representation and we need to be able to talk about these problems. We must develop mechanisms to avoid future crises. We believe that Emmanuel Macron wants to bring these ideas to a European level. We support this endeavour.

You are a member of a left government. Emmanuel Macron has an economic agenda that is rather liberal for France. What do you really anticipate as a change of course at a European level and above all in relation to Greece in the context of the austerity policy that has been imposed on you for seven years?

We have to separate the two issues. I do not want to comment on domestic policies in each country. The EU's agenda is another issue.

At this moment, Europe is changing. We have to decide whether this change will involve more democracy, more institutional transparency, or whether it will be shaped by changes promoted by the Right that lead to the strengthening of nationalism and protectionism. There is a need to make the European venture attractive again to European peoples and we need more convergence. We need strength to move towards a federalization of progress. Europe needs a common budget and it needs mechanisms to reduce development gaps among EU Member States

Can Greece have a voice in this process?

Of course, Greece has a voice! Could you imagine, two years ago, that the summit of the Southern countries held in September 2016 in Athens would be an initiative of Alexis Tsipras? Greece is the gateway to the East and a pole of stability in an unstable geographical environment. In the last year, we have welcomed here the Russian President, the American President, the Pope and more. We are following an international open-minded diplomacy. China is our partner, the US is also a partner, but the European Union is our home and we are a faithful member of this Union.