Positive prospects for the Greek economy attract US investment interest

“Greece’s economic recovery” has become a kind of buzzword these last days, especially in the news, on the occasion of Alexis Tsipras’s recent visit in the US. Doland Trump, the President of the US, has himself praised Greece’s economic revival last Tuesday, while the head of the International Monetary Fund (IMF) Christine Lagarde complimented Alexis Tsipras and the Greek people on the notable progress Greece has achieved.

Looking at the recent economic data, one can remark that the Greek economy is gradually moving from a state of prolonged economic crisis to a state of economic recovery. The following figures are indicative of this trend:

The Economic Climate Index, measuring both consumer confidence and sub-indexes for business expectations in industry, construction, services and retail trade broke the 100-point barrier in September, edging up to 100.6 points against 99 points in August 2017 and 91.8 points a year ago.

Greece achieved an impressive performance in attracting FDI in 2016, despite the economic crisis the country is facing since 2010. More specifically, total (gross) FDI inflows almost reached 3.5 billion Euros, increased by 82% since 2015 and 14% since 2014. Net inflows reached 2.8 billion Euros, the largest amount recorded since 2008, before the beginning of the crisis. 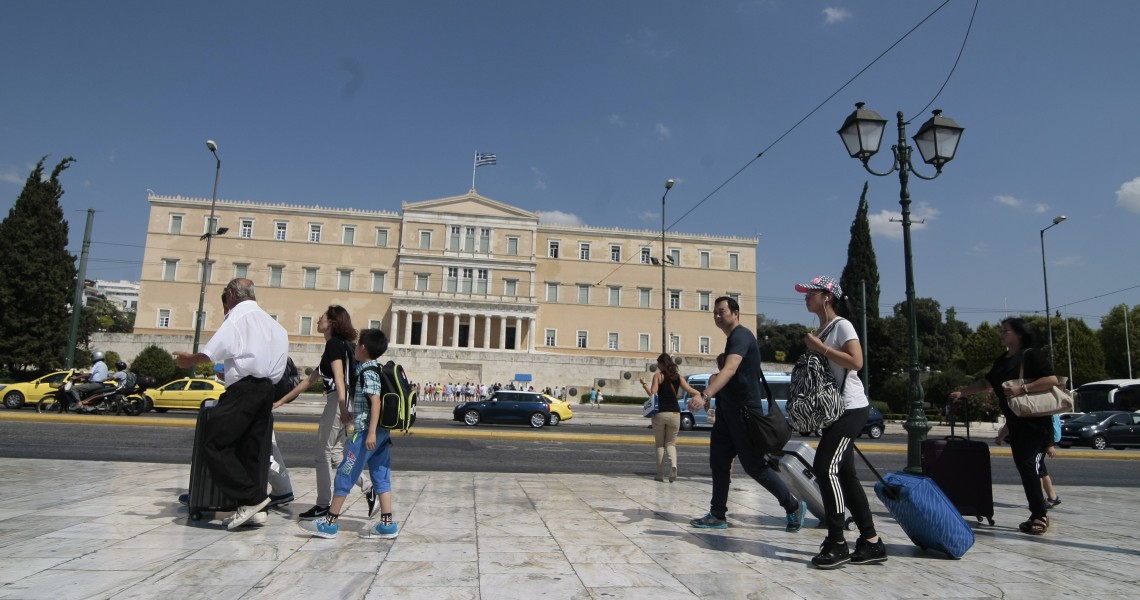 During their visit in the US and their multiple meetings with US entrepreneurs and investors, PM Alexis Tsipras and the Economy Minister Dimitris Papadimitriou stressed the perspectives of the Greek economy underlining the favorable and safe environment for investing in Greece. “Now is the time to trust Greece as its economy is turning a corner and exiting the crisis”, Alexis Tsipras said in a keynote address delivered at the Brookings Institution.

US investors expressed a big interest in the domains of energy, tourism, agri-food, digital technology, real estate and infrastructures mentioning that it is the right moment to invest in Greece. US entrepreneurs also expressed their interest in the domain of the audiovisual sector, following the recent measures taken from the Greek government proving funding and assistance to audiovisual productions in Greece.

“All parties are recognizing that Greece is on a growth path, heading towards the exit from the adjustment program”, said the Minister of Economy Dimitris Papadimitriou, referring to his meetings with representatives from investment US funds such as BlackRock, York Capital Management, Brigade Capital etc.

In order to enhance the cooperation of the two countries in the domain of economy and investments, the creation of a work group between the competent Ministries was announced, during the press conference of Alexis Tsipras and Donald Trump. Moreover, the US will be the honored country at the 83rd Thessaloniki International Fair next year, playing a significant role in Greece’s efforts to attract US investments.

Prime Minister Alexis Tsipras discusses the state of cooperation between Greece and United States on economic and security issues in Southeast Europe: