Two and a half years after the outbreak of refugee crisis in Greece in 2015, the country is entering now in a new phase concerning the accommodation of refugees, trying to improve reception conditions and enhance their social integration. The Greek government is trying to put in place a sustainable and adequate reception system in cooperation with the UN Refugee Agency (UNHCR), local authorities and NGOs making use of EC funding.

In this direction, the European Commission Emergency Support to Integration and Accommodation – ESTIA program has been established (since July 2017) in order to provide multi-purpose cash grants and rented accommodation for refugees and asylum seekers in an effort to move people out of the camps.Urban accommodation helps provide people with a sense of normalcy and facilitates their access to services, including education.

Education is another crucial step to integrate refugee and migrant children into Greek society protecting at the same time a fundamental human right. The Greek Ministry of Education, Research and Religious Affairs in cooperation with international organizations such as UNICEF, UNHCR and IOM started in 2016-2017 the educational integration of migrant children in public schools, in specialized afternoon classes. Approximately 3,500 children aged 6-17 were in formal education in 2016-2017 school year in reception classes for children residing in temporary sites, as well as those living in urban accommodation.

For the school year 2017-2018, the Ministry aims to integrate all refugee children in school putting emphasis on the gradual integration to morning zone classes. Specialized reception afternoon classes will be maintained, where necessary, in order for all children to have access in education. According to the Ministry, 2,493 children aged 6-16 living in urban accommodation have already enrolled in schools throughout the country in all school levels and this number is still growing. School education for 2,360 children living in Accommodation Centers in mainland is under preparation. When the project is completed, almost 1.000 schools in Greece will provide education to refugee children.

At the same time Greece still faces multiple challenges concerning continuing refugee flows and asylum applications. From 2013 to October 2017, 127,889 asylum applications have been registered by the Greek Asylum Service, while the main nationalities of applicants were Syrians, Pakistanis, Afghans and Iraqis. A 38% of these applications had a positive outcome. Syrians, Palestinians and stateless persons have the highest recognition rates in terms of refugee or subsidiary protection status. According to recent EUROSTAT data, the number of asylum seekers per million of inhabitants places Greece proportionately in second position as a receiving country.

Unaccompanied Minors (UAC) currently in Greece are estimated at 2,950, while according to the National Center for Social Solidarity 1,114 is the number of places available in specialized shelters. Safe zones are also established for unaccompanied minors in accommodation centers. The main nationalities in this category are Pakistanis (42%), Afghans (22%) and Syrians (14%). 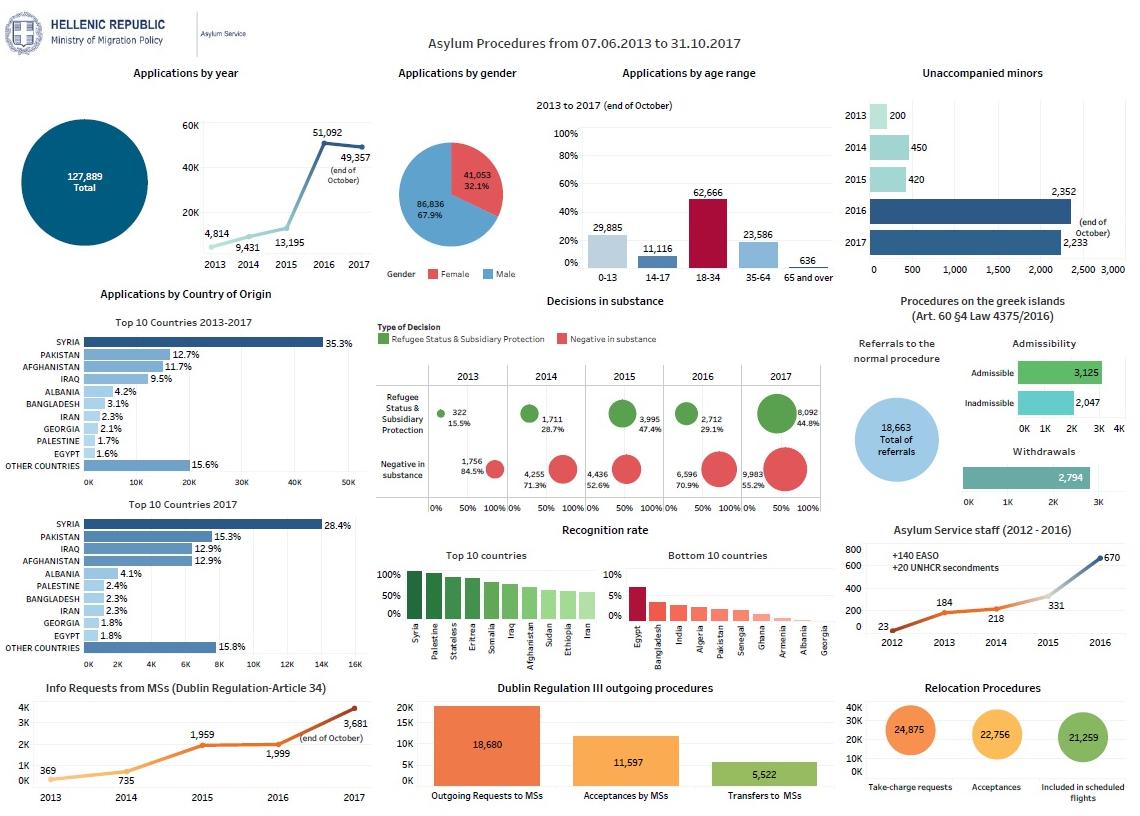 The Greek Asylum Service started operating four years ago and quadrupled in size since June 2013: a total of 22 Regional Asylum Offices and Units have been established all over Greece. The Asylum Service operates Asylum Units in all   Reception and Identification Centers (RICs) as well as in all pre-removal detention centers.

A mobile application, the “Asylum Service App” has been also developed in order to provide asylum seekers with adequate and reliable information, along with the Asylum Service webpage, social media or hotlines. The application, launched in the spring of 2017 on a pilot basis, is available in 8 different languages and has been developed by the Asylum Service in cooperation with the Harokopio University of Athens and EU funding. Greece stands among the four E.U. member-states in which a public authority has developed an application for mobile devices, aiming to support International Protection applicants and refugees.

Concerning the relocation program to other EU countries, 22,761 persons have been relocated (until 19 Nov. 2017) most of them deriving from Syria, Iraq and Eritrea. EU member states with the highest numbers of relocations are Germany, France, the Netherlands and Sweden. 1,307 persons were returned to Turkey (from March 2016 to August 2017) under the EU-Turkey Agreement. 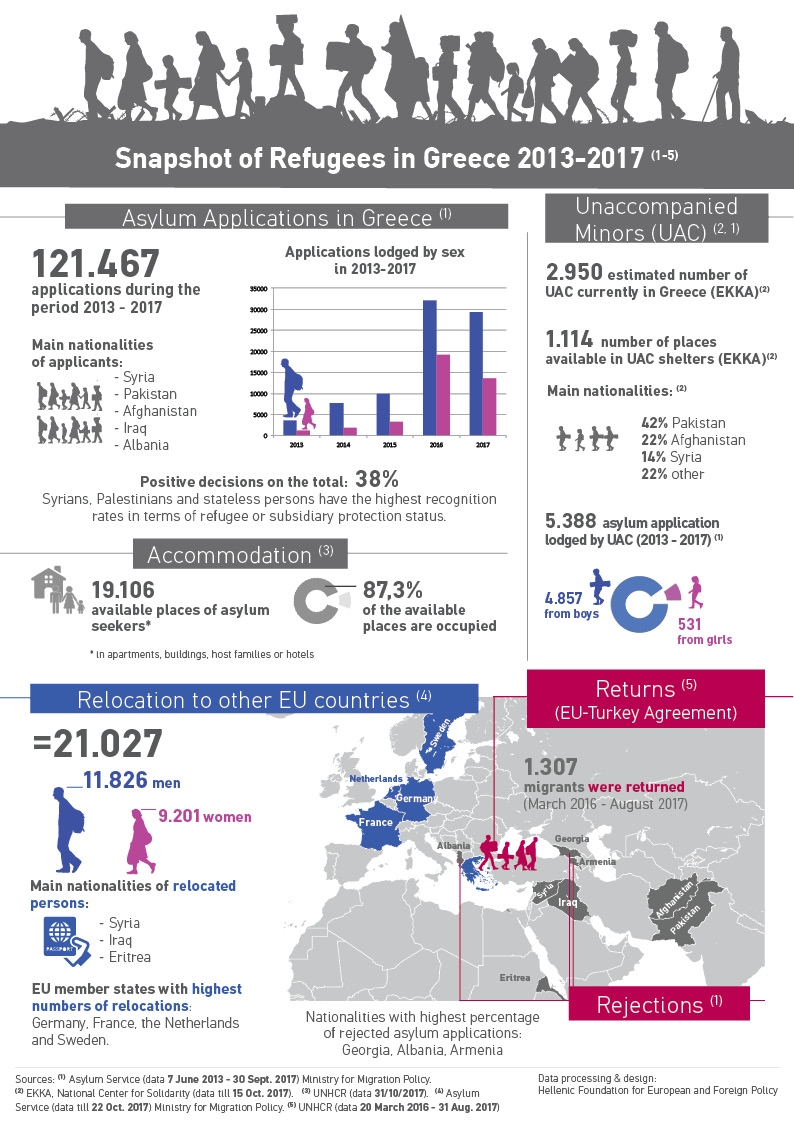