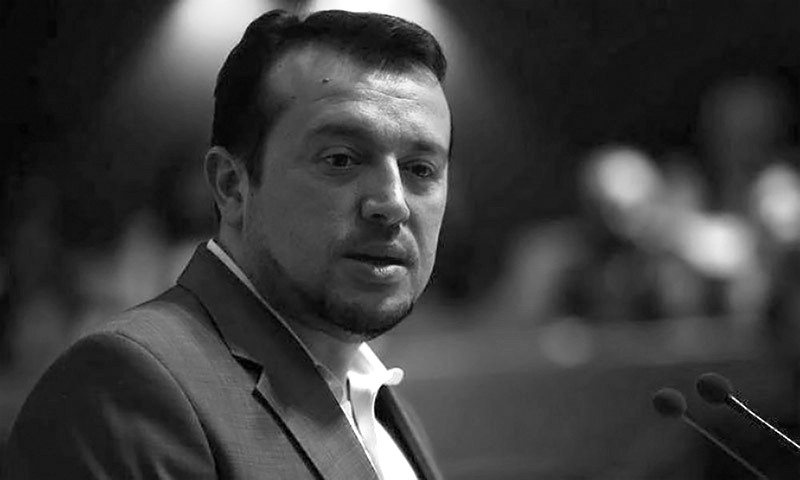 Nikos Pappas is Minister of Digital Policy, Telecommunications and Information. In his opinion piece at the “Efimerida Syntakton” daily ("Public debate on Europe: Persistent dilemmas" / Η συζήτηση στην Ευρώπη και τα επίμονα διλήμματα, 2.12.2017) Pappas comments on current European political developments underlying that “for the first time in 20 years, we are witnessing the active promotion of various aspects of a political strategy which goes beyond the logic of stability-oriented policies” and “that the immediate economic objectives as well as the future needs of Greece, Portugal and Italy are drastically promoted by such a change of direction in the EU towards a balanced development and increased real solidarity”. He concludes that the European Left should insist on highlighting the significance of politics and the criticality of the relevant choices citizens have to make*:

"2018 will be a time of decisions for the future of the European Union. It can’t be otherwise, since there are many issues at hand and inactivity itself constitutes the greatest threat against European cohesion.

Behind the proposals for different decision making processes and forms of collaboration (which most European citizens find rather boring) there are policy plans. Those, and the perspectives they open up to the EU and its peoples, are what is of actual interest.

More and more agents call for the acceleration of economic growth and its expansion throughout the EU, instead of its current concentration in the countries of the North. At a European level, there are two available tools to stimulate and expand growth: increasing public spending and reducing the threat that is public debt for the countries of the South.

Actually, a wide range of forces throughout the political spectrum -with the exception of neoliberals- converge in pursuing the above goals: from Macron’s presidency in France and social-democrats in central Europe to southern governments and parties of the Left.

Macron’s call for a common EU budget aims exactly at strengthening public expenditure, particularly in sectors that set the foundations for long-term sustainable development in Europe, such as the incorporation of knowledge and technology in production. Italy, Portugal more emphatically, and even the Rajoy government in Spain, add to this call the proposal for harmonisation of the systems for unemployment benefits and social security in Europe. This is precisely what Greek PM Alexis Tsipras, speaking at EU summits, describes as “EU’s social pillar”.

At the same time, ESM credit lines securing loaning for debt-ridden economies will keep risk premiums at a low level.

This is the outline of the steps Europe is taking toward development. Not all problems are addressed but, for the first time in 20 years, we are witnessing the active promotion of various aspects of a political strategy which goes beyond the logic of stability-oriented policies that equal long-term austerity.

The opposite political approach amounts to simply prolonging neoliberal policies. It boils down to tightening control over all member-state economies as a prerequisite for every step towards convergence. This is why Wolfgang Schäuble’s proposal, instead of a common budget, is to turn ESM into a European version of the IMF.

Apart from the difference in financial policies, what we have here is a deeply political issue, an issue of democratic legitimation. A common EU budget (however restricted at first) will operate under the supervision of elected politicians. A European IMF would have a “technocratic” profile, which of course implies the domination of a neoliberal agenda uncontrolled by the people.

Given that, in 2018, our country enters a “post-memorandum” era, these decisions concern us as much as any other European country. This particular and socially dramatic “state of exception” we have experienced is coming to an end, but it is what we want is for the neoliberal nightmare to end for the entire Union.

It is obvious that the immediate economic objectives as well as the future needs of Greece, Portugal and Italy are drastically promoted by such a change of direction in the EU towards a balanced development and increased real solidarity.

At the same time, however, this political shift serves the social democrats of the Northern EU states, who have realized that it is absolutely necessary to move away from their identification with neoliberalism, otherwise they will gradually lose the hard core of their voters, the organized working class. They are losing them not only to the Left but also to the nationalist populist extreme Right.

These issues and the way they are take shape within each country according to economic policy and development model is what is truly important. The European Left will insist on highlighting the significance of politics and the criticality of the choices citizens have to make.

In the Greek political scene, the identification of the New Democracy party with the toughest neo-liberal circles in Europe is a given, an identification that has reached the point of New Democracy not supporting Greece’s return to growth, so as not to weaken Wolfgang Schäuble’s arguments.

PASOK has decided not to keep track of developments in European social democracy. Of course, historical political currents resemble rivers. They have a riverbed, a directional pathway. Reorienting this riverbed is an option that has been proven to have enormous political costs. History, of course, has a way of bringing back dilemmas in a persistent way."